Cheb (Czech pronunciation: [ˈxɛp]; German: Eger) is a town in the Karlovy Vary Region of the Czech Republic, with about 33,000 inhabitants. It is situated on the river Ohře (also called Eger in German), at the foot of one of the spurs of the Smrčiny and near the border with Germany. Prior to 1945, which saw the expulsion of the German speaking population, the town was the centre of the German-speaking region known as Egerland, and was part of the Northern Austro-Bavarian dialect area.
Things to do in Cheb

Had lunch at this restaurant whilst staying locally, For Cheb town centre this seems a fairly up market restaurant with stylish decor and good service. The menu is available in Czech and German but some of the waitresses speak a little English. By Cheb standards the prices are probably on the high side but by Western European standards they are very reasonable. We had a large Pina Colada each at a cost of 99CZK (about £3) for each one. The cost of the meal was also very reasonable. If you are visiting Cheb this is the place to eat. 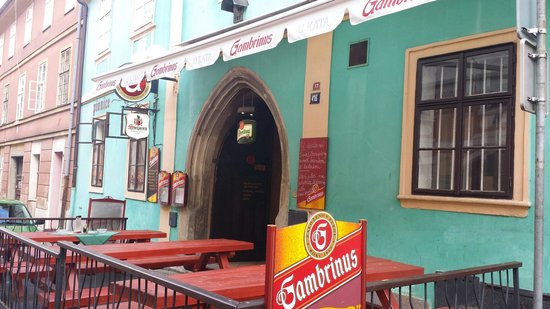 Reviewed By Salih B - Grenoble 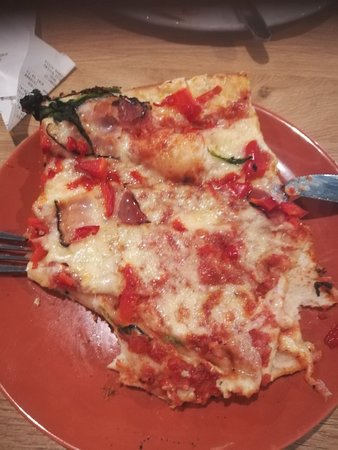 Popped in here as every other restaurant in Cheb seemed to be closed (at 8:30pm on a Wednesday evening). We got two pizzas and they were remarkable. Really big, tasty base, good range of toppings. There's a nice little sit-in area up at the back, good for relaxing with a beer. 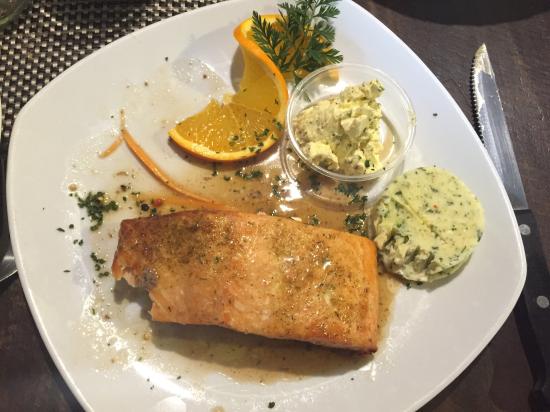 This restaurant has been recommended to me by my local friends. From my first passing Cheb and finding this restaurant great strightly for perfect meal I cant let go any single visit of this locality without having a bit of tasty meal. Forget everything else here and have a steak! 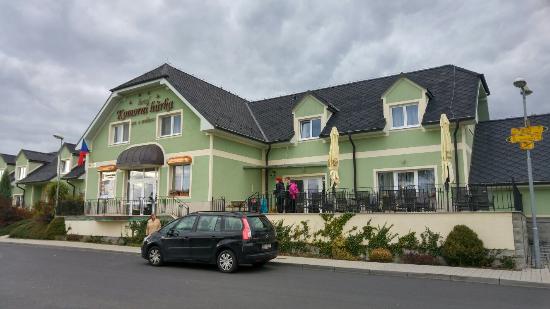 It is good to stop there for a glass of water, but as restaurant for dinner it is not the best place. Almost every my visit I had troubles with the waters - they don't speak English and the restaurant closes at 10 PM. 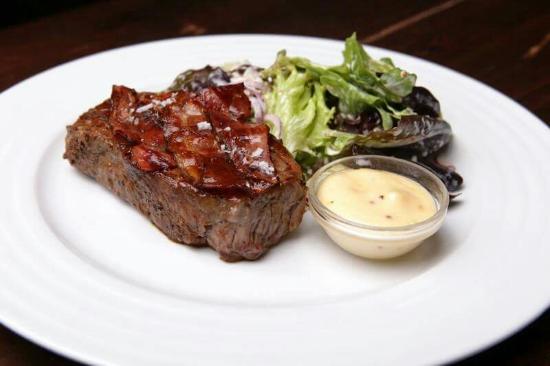 This place is amazing. It's pricey for the Czech republic but compared to Europe or the US it's ridiculously cheap. The food is well thought out and presented; the tasting menu with paired wines is an incredible value. It's a bit hard to find; on the map it looks like it should be right off the pedestrian street but it's actually off the street behind it with a very nondescript entrance. But perservere!! Would definitely go back. 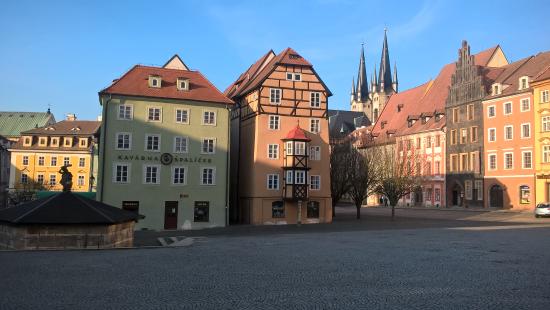 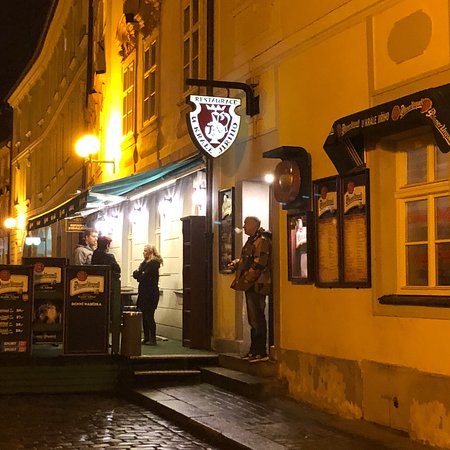 We had a meal here after a mornings cycling. We both had chicken dishes which were very tasty- the menu is extensive and includes steaks, goulash and fish. We had a beer each and an apple desert with cream and ice cream (huge) and the bill was 500 kc. Really friendly staff 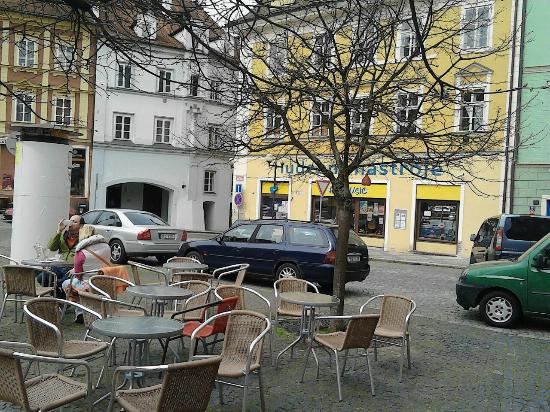 We tried both sorbets and several ice cream flavours and they were all great. The cappuccino and espresso were perfect, and so cheap (1,30 euro). 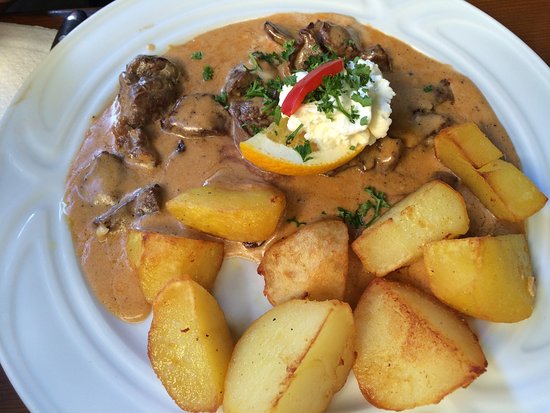