Top Things to do in Campbeltown

Campbeltown; (/ˈkæmbəltən/ ( listen); Scottish Gaelic: Ceann Loch Chille Chiarain or Ceann Locha) is a town and former royal burgh in Argyll and Bute, Scotland. It lies by Campbeltown Loch on the Kintyre peninsula. Originally known as Kinlochkilkerran (an anglicization of the Gaelic, which means "head of the loch by the kirk of Ciarán"), it was renamed in the 17th century as Campbell's Town after Archibald Campbell (Earl of Argyle) was granted the site in 1667. Campbeltown became an important centre for shipbuilding and Scotch whisky, and a busy fishing port.
Things to do in Campbeltown

A curious mix of cultures. The food is rather too sweet for my taste, and distinctly uninspiring . Thus only average, and a little expensive for what it was. Could do better. 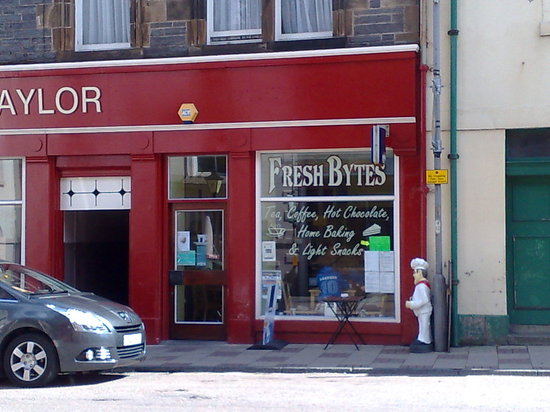 I ordered a cheese scone and a coffee. The coffee tasted like dishwater (it was from a dispensing machine) and the scone was heated up so quickly I can only assume it was microwaved. Aren't fresh ones normally served cold? 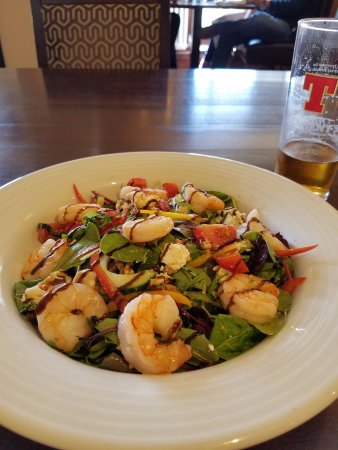 Nice clean bar and restaurant with decent food. Restaurant perhaps a little sterile on atmosphere. Setting up breakfast service on tables around diners at dinner off-putting for me. 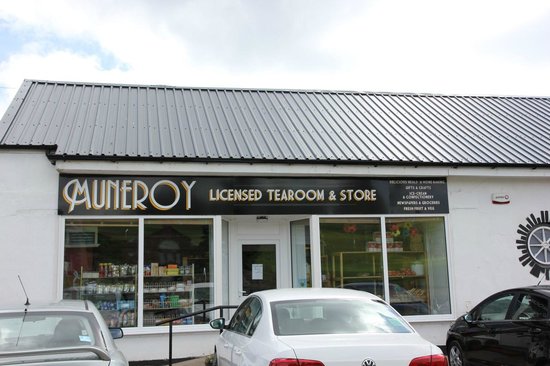 Listed as both a restaurant and a tearoom.

This is a 'must stop' sort of place but was very busy when we visited on a weekday. Unusual interior, apparently an Italian design with a vaulted ceiling and huge fireplace. Every surface is covered in nick nacks and signs. Perhaps in a bit of a time warp or a trip down memory lane. Our waitress reeled off the impressive long list of cakes (they are not on display) and it was difficult to choose, they all sounded wonderful and indeed those we had were exactly that, wonderful! Well worth a trip to the south of the peninsula to experience this. 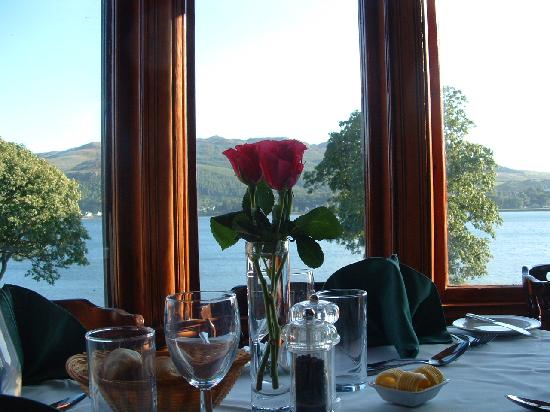 We had the good fortune to be taken to this Hotel by our friends who live in the area, and what a pleasure it was. Quirky and homely is the best description I can give. We were greeted warmly by the owners who showed us into a homely comfortable lounge where we were offered drinks and menus to peruse at our leisure. We were then shown into the dining room to our table in the bay window with a superb panoramic view over the harbour. We had starter, main, and sweet, and we all agreed that it would be very difficult to surpass in terms of the excellent friendly and timely service, the quality, and the tasty ample portions. Coffee was then served in the lounge. I would most certainly recommend this small restaurant to anyone visiting the area, but phone and book first to avoid disappointment. It was a pleasure to visit this hotel restaurant and we will most certainly dine here again. 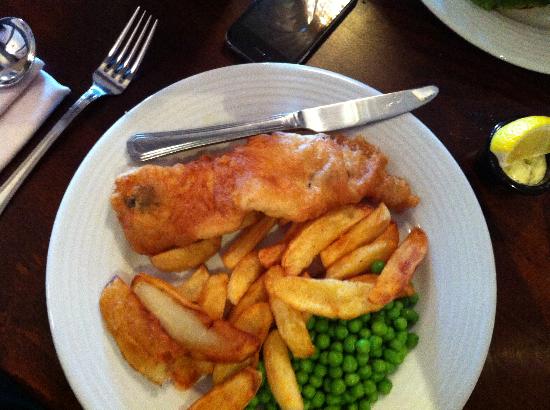 Very cosy restaurant in the middle of the town.
Good food and service. Staff all very pleasant. Could do with more seafood on the menu though. Even a bowl of mussels/langoustines would be great. 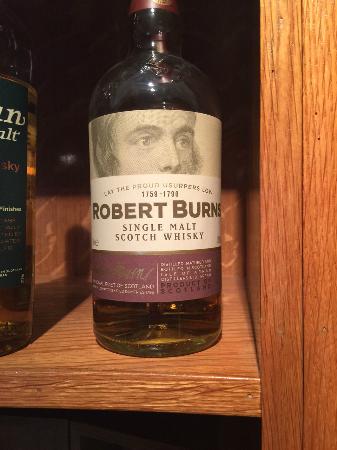 decided to take a walk and look for a nice place to eat, having once styed here a few years ago, I went in for an evening meal. it was worth the visit, the home made steak pie on offer was delicious. the service was friendly and made you feel welcome. the price was reasonable as well. I was staying in another hotel at the time, but, from what I remember on my previous stay, the rooms were a bit dated, but clean, and well maintained, no complaints there. 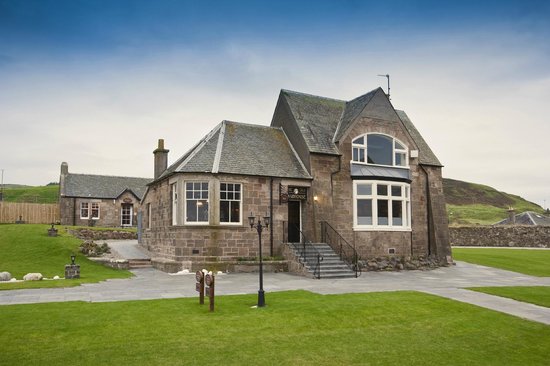 The Old Clubhouse Pub has been the site of good times and warm welcomes since 1876 when it served as the original clubhouse of the Machrihanish Golf Club back in the days of "Old" Tom Morris. The atmosphere at The Old Clubhouse is one of a relaxed old-world style golf pub serving up delicious pub food and locally sourced dinner offerings before becoming the host of nightly revelry for locals and guests alike. 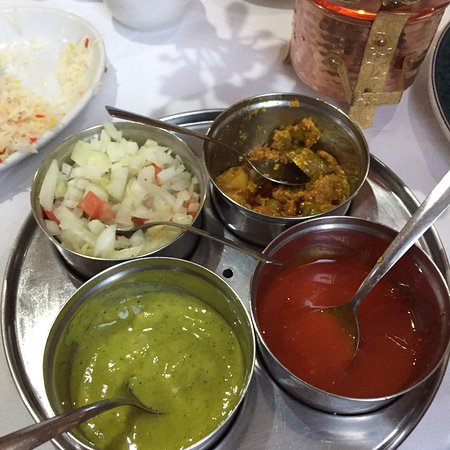 Individually souced ingredients and the finest of spices, A la Carte, lich Located on the seafront just yards from the new Campbeltown Picture House is our wonderful restaurant. Fully Licensed, we offer a tasty pre picture house menu, takeaway menu, free Delivery for orders over £10 within Campbeltown, 10% discount on collection. We are truly passionate about our food and our service.

We have just had a wonderful meal in this restaurant. Unimpressive exterior but spotless interior. Lovely fresh flowers on each table . The food was amazing we loved it and superb service to match. On a cold December night ,just the tonic. Highly recommend. 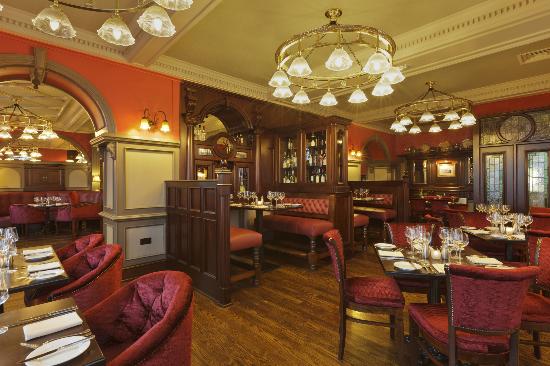 The Kintyre Club at The Ugadale Hotel, named for the eponymous local charitable organization begun in 1825, is a warm and inviting restaurant and bar in a beautiful setting offering inspired dining and spirited good times.The Kintyre Club offers both an elegant dining experience as well as a family friendly experience in a refined setting with a charming sense of history and grandeur serving the freshest locally sourced ingredients paired with a selection of wines from around the globe.

When staying in the Ugadale Cottages we ate in both the Old Clubhouse and Kintyre Club.
The Kintyre is slightly more up market and both the food and wine menus are extensive and varied. Portion sizes are generous and the food was very tasty and well presented. The only slight disappointment was that two of us ordered the chicken stir fry and the chicken was simply placed on the top of the stir fry and not cooked in the sauce. We passed on our comments to the waitress although it did not detract from an otherwise excellent meal.