Top Things to do in Camara De Lobos 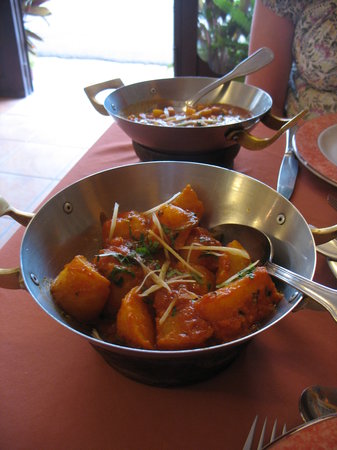 "Sabor da Índia" brings to you authentic Indian Delicacies. We offer Vegan and Gluten-free courses aside from Chicken, Fish, Lamb and Prawn delicacies. Spicy... or not! The expression "Sabor da India" literally means "The Flavour of India". That is exactly our slogan, or &apos;Raison d&apos;etre&apos; of our Restaurant - To bring to you all the exotic and spicy tastes from India to the other side of the world - Madeira Island. Come join us for Dinner. We also offer special deals at Lunch, set menus and Take-out.Lunch is served from 12:00 to 15:00, and Dinner is served from 18:00 to 23:00.We offer full disabled facilities, meaning that our Restaurant is designed and fully equipped for people bearing a handicap.

Friendly staff, great food and as good as any top uk Indian. Menu looks straightforward, but the food is all freshly prepared. A nice surprise. Strongly recommend!Hello, thank you so much for your tripadvisor review. Our food is indeed fresh, we take pride in offering high-quality courses for you. We look forward to see you again, now that you know us better now! Best wishes, the "Sabor da Índia" team 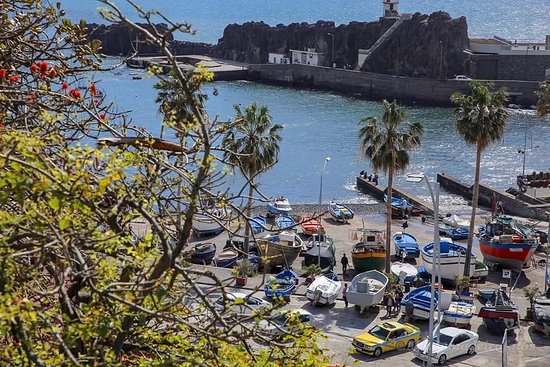 Located in the heart of of Câmara de Lobos, the Vila do Peixe and Vila da Carne Restaurants overlook this picturesque fishing village and the most photographed bay in Madeira. Their modern warehouse design, using large glass panes to make the most of the spectacular views, makes them both welcoming and informal. Both offer an interior (with sliding glass panels to provide a real alfresco feeling for those balmy Madeiran days and nights), and an exterior Terrace with large sun umbrellas, and customers are always able to choose their preferred ambiance. The Vila do Peixe reflects the best traditions of grilling the day&apos;s catch by the sea. Using only the freshest of fish, it is prepared in the simplest form (with rock salt and a little olive oil), and grilled over the open fire embers, with a finishing touch of infused olive oil (the house secret recipe). In addition, the Restaurant presents a restricted number of house specialties, such as shellfish rice, octopus rice, fish rice, rich bouillabaisse, a selection of Cataplanas and other Madeiran dishes. The Vila da Carne continues the tradition of the Madeira Espetada, using specially selected meat. Additionally, it offers, amongst others, pork ribs, pork on the skewer, chicken on the skewer, chicken piri-piri, Brasilian beef picanha with selected sauces and delicious sirloin and rump steaks, all grilled over the open fire embers. The restaurant also has a menu of Selected Meats that includes Iberian Pork and Lamb, a few house specialties (including Surf&Turf) and the renowned steak on the stone. Desserts are all homemade and traditional. Both esplanades are a wonderful place to enjoy an aperitif, and to taste the traditional village Ponchas, in what is, after all, a balcony over Câmara de Lobos CAPACITIES Vila do Peixe Vila da Carne Restaurant (interior): 180 people 150 people Terrace (exterior): 70 people 50 people Total capacity (interior & exterior): 250 people 200 people Welcome Drinks or Open Bars may be served in both esplanades.

Ate here based on recommendations from Lonely Planet guidebook, which claimed it was the best fish restaurant in town. I wasn't all that impressed. We had bouillaibaise (spl?) and a beef steak (perhaps a mistake to order in a fish restaurant, but my child doesn't eat fish and the restaurant's sister place next door Vila de Carne serves meat so thought it was going to be OK)...the fish soup was fine though I have had better and the steak and fries were TERRIBLE, almost to the point of inedible. Also, our starter of grilled squid was supposed to have 9 pieces, only 8 arrived....it's little things like that which separate great restaurants from mediocre ones. 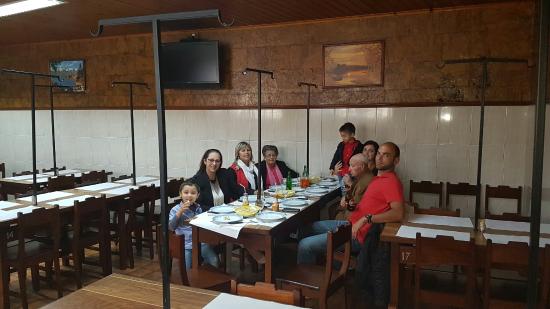 I've been coming here for 12 years and it never disappoints! For espetada and chicken there is no where better. Add milho frito and a cold beer - perfeito. Visitors to the island - this is REAL cozida Madeirense. Don't eat at the Lido, grab...MoreDear Stephen A, The management and all the staff from Restaurante Viola thank you for your kind feedback. We are delighted to read how much you have enjoyed another visit to our restaurant. Best regards and see you soon. Gisela Pinto 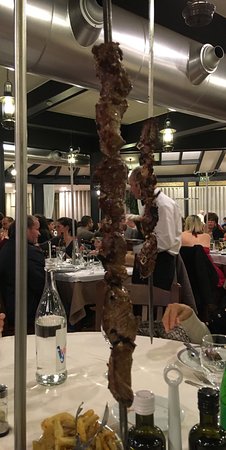 The food was great and affordable - 25 € / person including wine and Deserts. There was program in terms grape crushing and a traditional music and dance show. 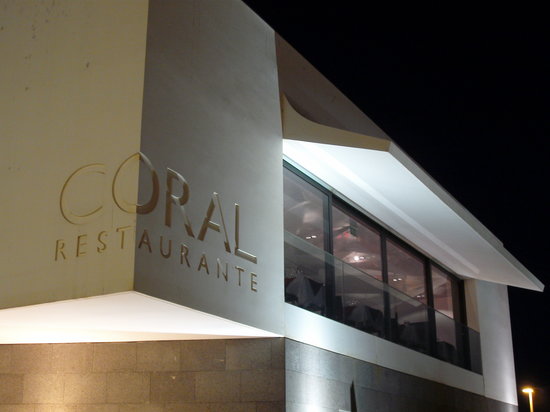 Stopped off from the sightseeing tour and found this outdoor restaurant with a good location away from the busier town centre. Set in an open air square it has lovely views of the sea cliffs. The garlic bread is well worth trying! Food was very good. 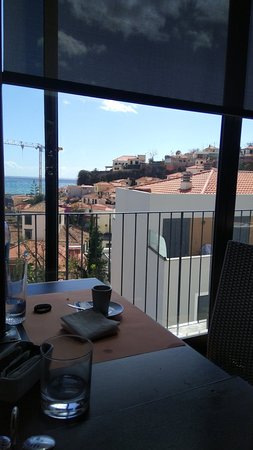 In Funchal on a cruise stop, I had arranged a food and wine tour with another excellent company (Lido Tours) and this was the lunch stop. It was absolutely wonderful! The tour company had arranged a fixed menu for the 6 of us and everything was delicious. Wonderful shared appetizers and salads, and skewer after skewer of delicious, perfectly seasoned steak.
The service was exceptional and lunch was a bargain. A definite must for authentic dinning. 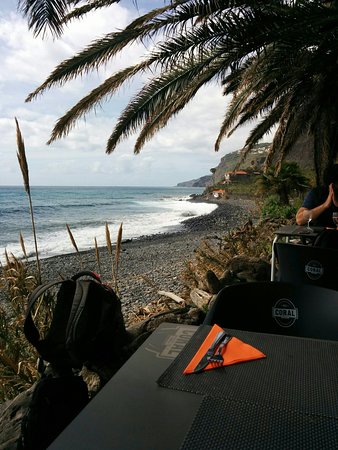 First time in this place and was really a nice arriving by boat, jump in water, refresh and seat for a nice lunch!
We had nice tuna grilled and service was ok fora beach restaurant.
Anyone staying in Madeira should go here as is a good value for money and is a place you will find locals! 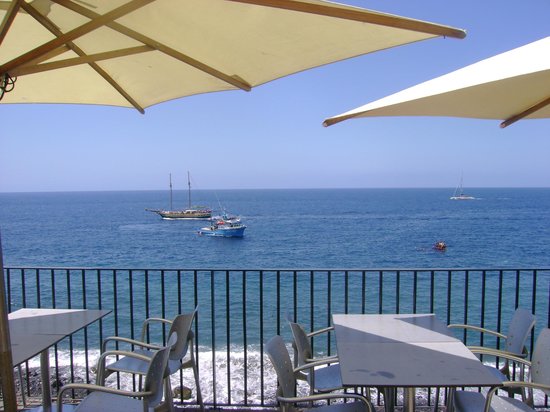 Eaten here several times and can never understand why it is not busier.
When you pass the church walking from the the harbour you come to a concrete square with 2 cafes.walk to the far side take the stairs down and you will find a much superior restaurant with wonderful views along the coast towards pico girao.
The food is of a good standard and reasonably priced.
On our last visit we had peppered steak and two cokes well cooked and delicious served with chips,rice and salad,came to a very reasonable €24 euros.worth every penny just for the view and sounds of the sea as well as the nice food. 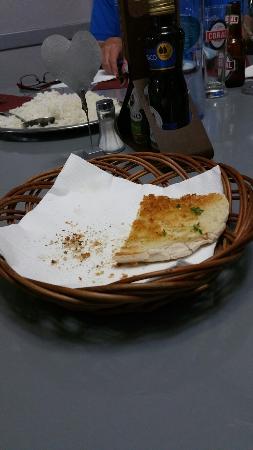 Treated to a fine night out here by a local and exceptional gentleman. The Black Beans, endless superb skewered meats, and pineapple rolled in cinnamon all lovely. Not a typical restaurant tourists would find. Very friendly and, yes, they will collect you from your hotel and drive you back afterwards 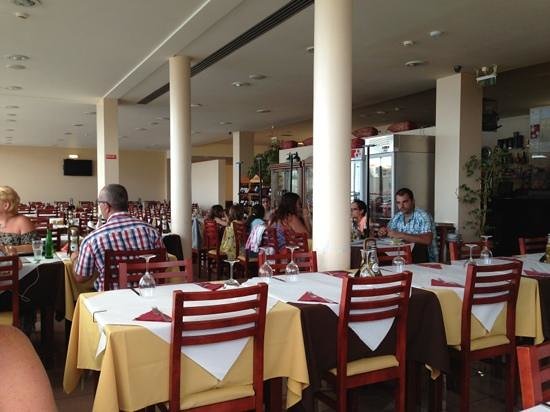 The garlic bread and meat skewers were lovely and clearly their big selling point along with the free transport. The meat is high quality and perfectly seasoned. Large restaurant with sky/ satellite TV also which looks popular for big Spanish matches.