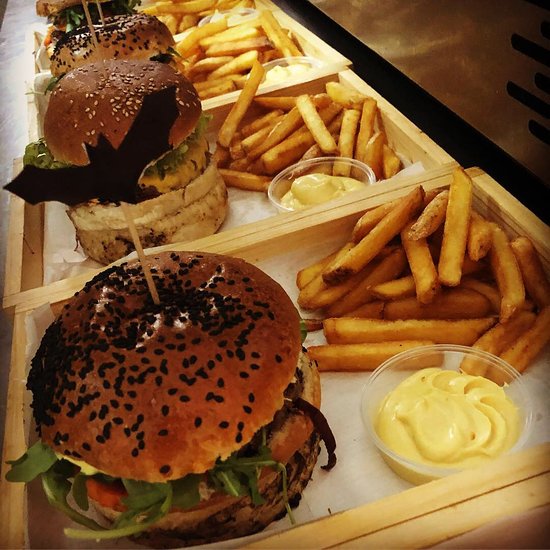 Restaurant with homemade fresh food. Mostly hamburgers, bowls, hotdogs, slow-cooked meat, and salads made from local ingredients. We use only bio meat and vegetables from our local farmers.

Me and my partner travel a lot and therefore eat out quite often. So we try burgers almost everywhere we go. We have found this place by reviews when we were in the area and as burger lovers had to try them.The first bite and we went silent. The meat was juicy, fresh and no chewy bits (which I can’t stand). Bun was slightly crunchy but soft. The accoutrements were spread perfectly so every bite had all the flavours. I had Burger no6 and my partner had no3. Fries were also fresh, perfect crunch on top and soft inside. The mayo that comes with it was the best as well. He said that until that point the best burger he has was Island, nit anymore. We will definitely make the 45 min trip there again (wish you would deliver to Bratislava) and take more people with us to share the perfection. I have only superlatives for this restaurant. The staff was very nice and welcoming and the best part that you can pay by card. Unfortunately you can’t add tips to the bill and these guys deserve to get tips so bring some change as well!Thank you for the quality you provide to your customers.Thank you so much 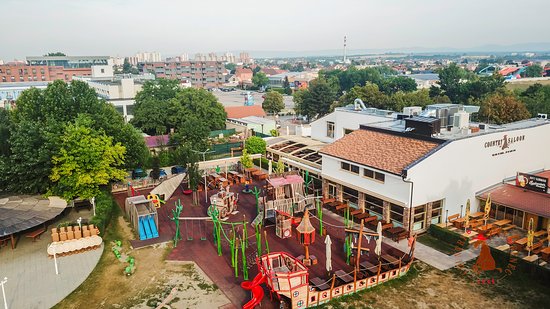 We went here for family lunch. place was not busy. We ordered, cabbage soup, pancakes, hamburger and fried fish. Unfortunately all 4 dishes came in different time so in the end only i was eating. Soup was good, rest of food was better average. Waitress was bored. This place is more pub then restaurant but serving food on the same time is must. Good think is inside and outside playground for kids. Dear Roland,many thanks for your review and the feedbeck that we got. We will do our best to provide better services by your next visit. Looking forward to see you and your family at our place soon.Best regradsCOUNTRY SALOON team 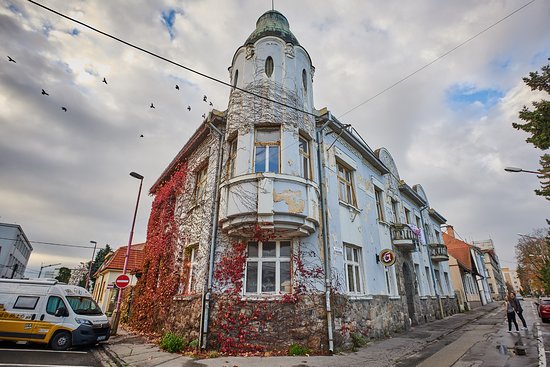 Was in Trnava for the Slovakia v Scotland World Cup qualifier, and having spent all day in Lokal Pub I thought I would try somewhere closer to the stadium.Located at the bottom of the main street in central Trnava its hidden behind what looks like a communist era statue, and from the outside you would think it was a movie set from the Addams Family movies or something with its somewhat creepy look about it.Once you go inside a really good bar is to found that does a great selection of local beers and other drinks.Had a fantastic time in here and even went for a beer after the game to drown my sorrows. 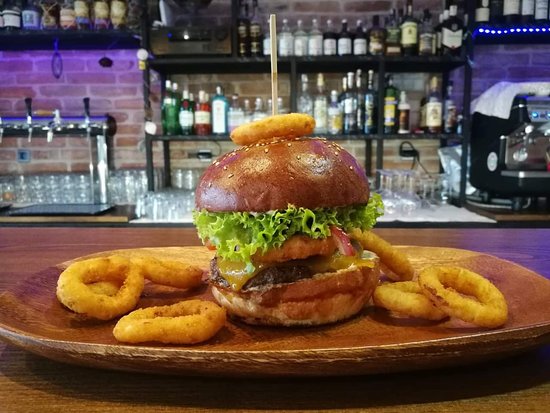 This is the best burger in the city of piešťany , where otherwise most of the restaurants really sucks! Nice terrace, prompt service and really surprisingly good burgers. The view from the terrace it’s also great. Now they have even Shisha. Only minus is sometimes the loud DJ, with this strange music, but it cloud be that I am getting old, and this kind of music is not for me. Otherwise, I recommend this place