Reviews on Cafe food in Te Kuiti, North Island, New Zealand. Te Kuiti is a small town in the north of the King Country region of the North Island of New Zealand. It lies at the junction of State Highways 3 and 30 and on the North Island Main Trunk railway, 80 kilometres (50 mi) south of Hamilton. At the 2001 census it had a resident population of 4,374, a decrease of 5.1% since 1991. The town promotes itself as the sheep shearing capital of the world and is host to the annual New Zealand National Shearing Championships.
Things to do in Te Kuiti 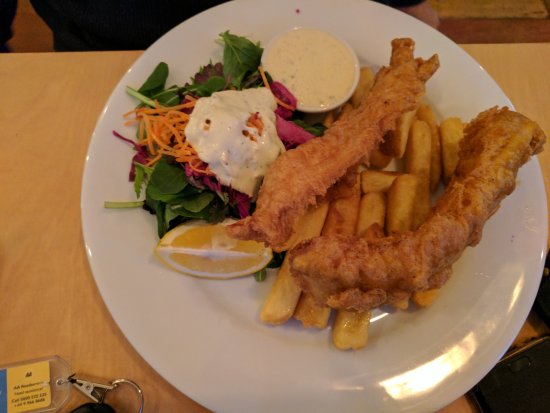 Delicious food - went in for an off the cuff lunch and definitely not disappointed. We sat out on the train station deck, nice and quiet with an industrial outlook and ordered lunch. Not in a hurry we had the prawn sliders myself the seafood chowder and hubs a brisket burger. The prawn sliders were tasty as anything, delicious Siracha, generous amount of prawn on a sweet brioche like bun. In itself these could be a light main meal if you donât want something huge. The seafood chowder was creamy and full of seafood - fish prawns mussels etc and a nice huge slice of rewena bread to accompany. The brisket burger had a HUGE serving of brisket accompanied by thick home made chips. Absolutely tasty a massive service. Stoked has massive value for money and a large all day menu inclusive of childrenâs menu and all dietaries covered. We finished off with a coffee and red velvet cake - there are several selections of raw vegan paleo slices and bliss balls available as well as a great selection of cakes. Great experience in the heart of Te Kuiti, excellent food great service and great location right next to the Colin Meads statue. Hard to beat

Top 10 Things to do in Te Kuiti, New Zealand 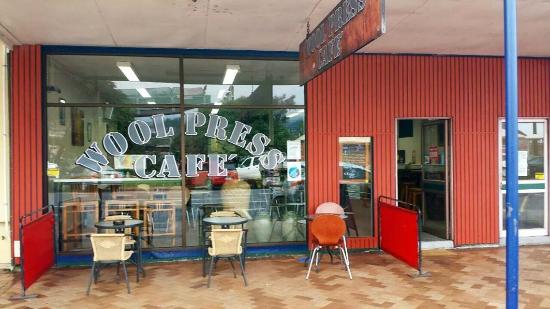 If your looking for tasty home made food WOOL PRESS CAFE is the place to be. Enjoy awesome coffee with Raglan Roast beans while you consider your selections from All Day Breakfast, Lunch, Snacks, Pizza, Salads, Pies & Pastries, Sweets & Cakes. Everything

When you are on a long drive finding a good place to stop for lunch is really important (well I think it is), you are getting peckish and hanging out for a good cup of tea (or coffee). Wool Press Cafe looks like many other small town cafes from the outside, but this is one place you don't want to walk past.The menu food is made fresh while you wait, so if you are in a big hurry maybe opt for the cabinet food. We had time so ordered from the menu, I had the classic BLT with fries, the LT part was super fresh, the bacon full of flavour and there was plenty of it.I looked with envy at hubbies chicken and mushroom fettuccine, full of chicken and mushroom and not too heavy handed on the sauce.sorry, can't tell you about the coffee as I am a tea girl, I was given a big pot enough for three cups if you were really thirsty.Definitely our to place next time we are in that neck of the woods.That's awesome to hear we look forward to seeing you next time What a great place for lunch. Very polite and friendly staff. Awesome food and a great selection of cabinet food or blackboard menu. I had eggs Benedict with bacon. Great flavour to the bacon. The blt was also fantastic with great curly fries. Nachos and the wedges were also great choices. Would highly recommend this place for lunch if youâre in Te KuitiOn a side street close to the Colin Meades statue.