Where to Eat in Willow Street: The Best Restaurants and Bars

Willow Street is a census-designated place (CDP) in Lancaster County, Pennsylvania, United States. The population was 8,908 at the 2016 census. In the early part of the 20th century the main thoroughfare in town was lined with willow trees on both sides for the length of the town, hence the community's name. As time marched on and the town grew, the road was widened and sidewalks were installed which required the trees be removed. Only a few of the original trees remain to this day.
Things to do in Willow Street 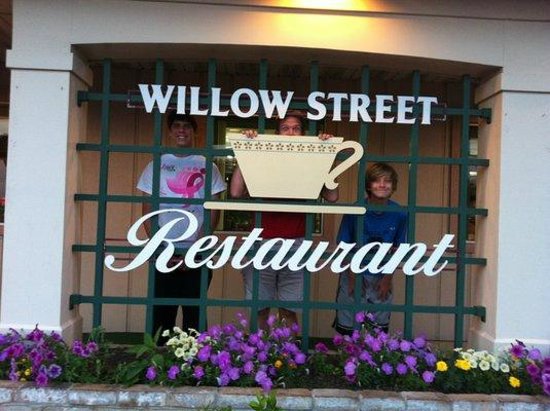 The restaurant has a very clean and friendly appearance. We were greeted and seated right away. The atmosphere was bright and cheery. The server was friendly and efficient. The servings were plenty and delicious. The salad bar had everything you could want on your salad. The price was more than reasonable. Yes we will go back when in the area. 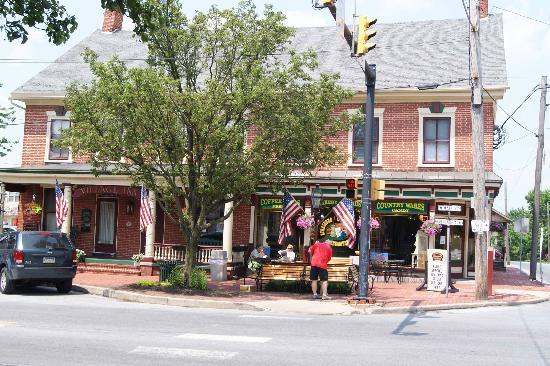 I was in the mood for a delicious treat. The treat needed to be something special, something I could not buy around my area. We were driving up to beautiful Lancaster with the pretty farms and views. My mind went directly to the
wonderful treat I had some months before. I went to the Strasburg Creamery and ordered one of the most DELICIOUS milkshakes ever.
The milkshake gave me a spring in my step and I loved ever drop. A wonderful clean quaint place to visit. Great for all ages. They have booths and tables inside. A unusual country store that sells a little of everything. A fun place to visit and snack and shop. My two favorite things. 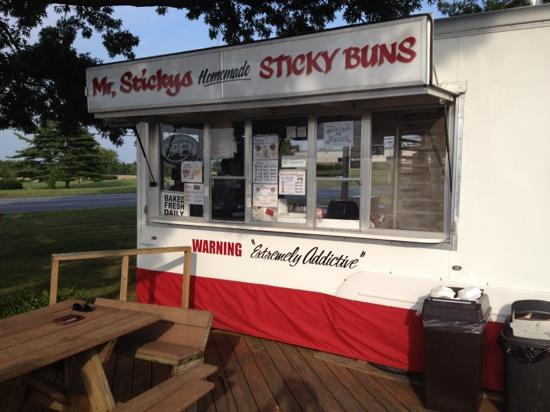 Mr. Sticky&apos;s serves "extremely addictive" sticky buns ,cinnamon rolls and beverages from a take out window. We are located in the parking lot of Discover Lancaster Visitors Center. All bakery products are made fresh daily on an as needed basis on site. We are closed for the month of January and will reopen February 1 , weather permitting.

Wow. They were NOT fooling. People who had remarked about how good Mr. Sticky's sticky buns were (are)...had been touched by bakery Angels. These are the BEST god's honest truth. Watch out...these are addicting. Just sugar, butter and lots else.Be careful if you share with your friends...they will want them again and again and again! We appreciate your review and we're NOT fooling! 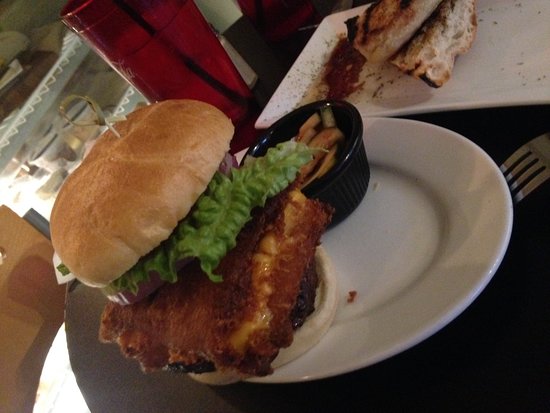 Java Junction Coffee Bar + Grill What started out as a bakery ( formerly OCB Cakes 11.5 west main) has now expanded and moved to a larger space with more to offer! We now serve breakfast and lunch daily. Breakfast is served until noon Wednesday thru Sunday.Lunch includes favorites like our BBQ pulled pork, Pit Ham, Shrimp salad, soup and our tasty flame broiled burgers. Stop by every Thursday, Friday and Saturday for dinner. We create a separate dinner menu using the freshest ingredients taking inspiration from seasonal local produce.Wednesday 8-4 Thursday, Friday and Saturday 8-8 Sunday 8-4 Hours subject to change. Java Junction is a BYOB establishment

Wef ound this by accident and want very much to return for a MEAL. we each had
a nice hot drink, me the EARL GREY and my hubs a LATTE...love the decor
and the manager were so helpful.......WE SHALL RETURN, loved what was on that
menu BUT we had just eaten in GAP; bummer!! wanna try that lamb burger!! 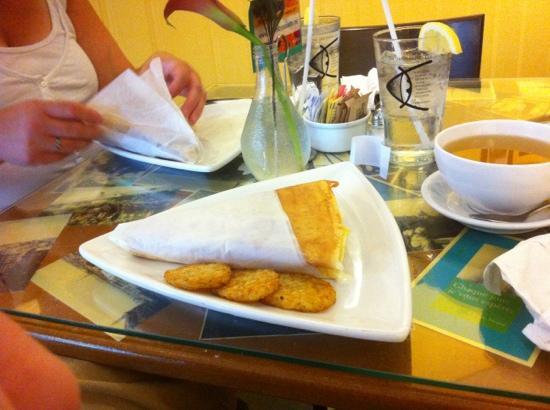 You'll love what Rachel's does to crepes! First the crepes were light and delicious. Second, the fillings were great. I had to decide between the Philly Cheesesteak and the California Chicken Cheesesteak -- both very American. However, they both sounded equally delicious. I chose the chicken cheesesteak as it was made with chicken, cheese, onions, tomato, and spinach -- a healthy option. I passed on the mayo and didn't miss it one bit. The Signature Salad also was delicious, fresh, and colorful.

The service was fast and the servers pleasant. The portions were large and reasonably priced. They offer breakfast crepes, specialty crepes (lunch sandwich variety), and dessert crepes. (The dessert crepes looked unbelievably good, but we passed to try and stay true to our New Year's Resolution of healthy eating.) When ordering tea, they bring a large assortment of packaged tea bags to the table for you to chose from.

The decor was plain but practical with a lot of Eiffel Tower replicas and pictures. There always seems to be a wait, but well worth it after you see the food.

NOTE: Watch where you park. The lot behind the restaurant is small and was filled when we got there. The neighborhood beyond their establishment is PERMIT PARKING, which means you can easily get a ticket. The lots all threaten that unauthorized vehicles will be towed. Therefore we parked at a meter on Prince Street and walked over, just to make sure our car would still be there when we finished. The meter was $.25 for 10 minutes, so we feed it two dollars worth of quarters just to be sure. We were back to the car in plenty of time before the meter expired. 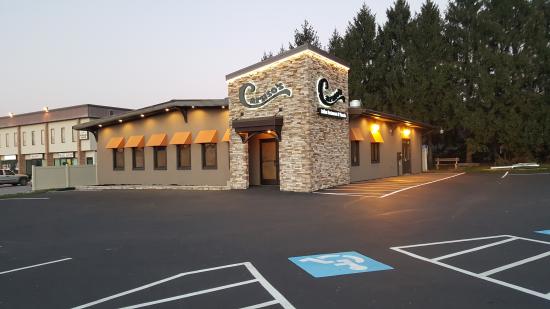 My husband and I searched Trip Advisor and Yelp for recommendations for somewhere to eat while attending a conference nearby. Caruso's had good reviews so we decided to give it a try. We were not disappointed. From the time we walked in the door we were treated like regulars. Our server, Chuck, couldn't have been more hospitable. Our food was excellent. Since it was a Friday during Lent, we couldn't eat meat. We both chose the appetizer special, Frutti Del Mar, at Chuck's recommendation and it was incredible. The seafood meals we chose were both very good.

We enjoyed it so that the next evening we returned with a group of 7 convention attendees. We ordered pizzas and salads and the Frutti Del Mar and everyone raved about the food and Chuck, our server.

They don't serve alcohol but you can bring your own. 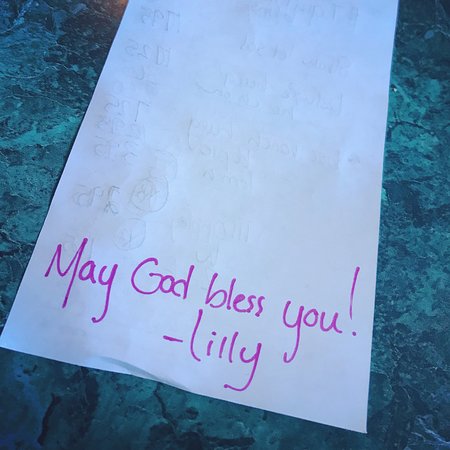 If you want good home style food & get away from the chain restaurant's on Rt. 30, this is your place. They are open for breakfast, lunch & dinner, except Sundays. We've had all 3 meals here, everything is so tasty. Try their homemade strawberry jelly, which they keep right at the table. The Amish Wedding dinner is exceptional. And the desserts - wow! Service excellent, everyone friendly. Not a large restaurant, so come early before the standard meal times. Prices reasonable, portions good sized. 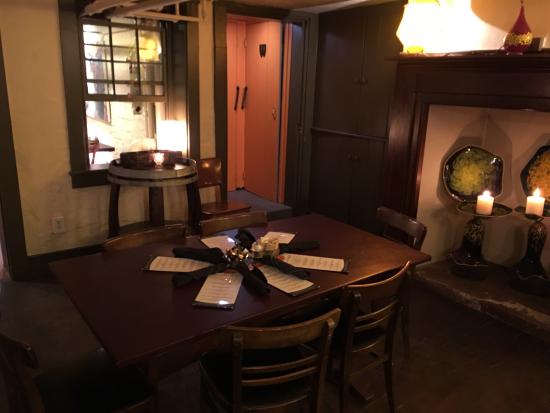 We ate here for several breakfasts while in Lancaster. I don't know that I've ever had a more perfect breakfast...great friendly service, perfect coffee, pancakes, eggs, potatoes, roasted tomatoes all the way that I like them. In addition, the prices are very reasonable. Can't wait to return 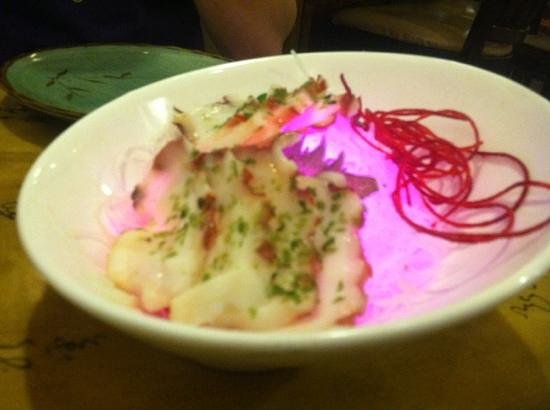 This restaurant is located in the middle of a strip mall. Lots of menu choices, very efficient service, cute place, and food very good. I thought the coconut soup with 3 nice size shrimp was excellent. Cupid arrow roll ($14.95) was just okay. I expected better after reading the description but I was a disappointed. A bit too much rice in that roll which overpowered the crab and other ingredients. I would not get that again. The restaurant was fairly busy for a Monday night. I was happy to see this restaurant was even open on a Monday night as many in my area are closed on Monday's. The food all around looked very delish. I think I just picked the wrong roll. But still I liked the place and highly recommend. The menu had a nice selection of Thai food too. 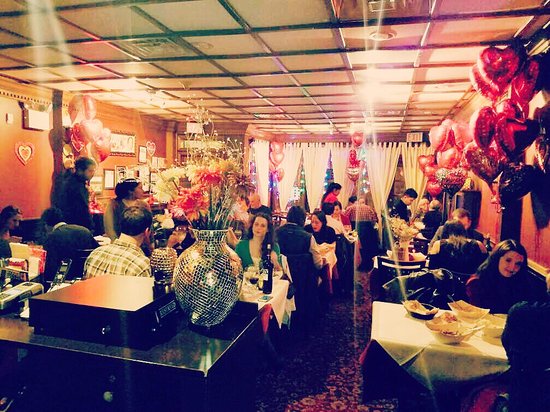 Just got back from the buffet. It was OK. Nothing special. Hoping to get this great sampling of Himalayan / Nepalese food but really disappointed. Pretty much contained the basics. We got there just as it opened. Surprised how dry the Tandoori chicken was. Suggest ordering off of the menu if you go. Of course, everybody loves the naan, and rightfully so. I think we’ve come to the comclusion that this cuisine just isn’t our cup of tea.