Top Things to do in Bagan

Where to Eat in Bagan: The Best Restaurants and Bars

Bagan (Burmese: ပုဂံ; MLCTS: pu.gam, IPA: [bəɡàɴ]; formerly Pagan) is an ancient city located in the Mandalay Region of Myanmar. From the 9th to 13th centuries, the city was the capital of the Pagan Kingdom, the first kingdom that unified the regions that would later constitute modern Myanmar. During the kingdom's height between the 11th and 13th centuries, over 10,000 Buddhist temples, pagodas and monasteries were constructed in the Bagan plains alone, of which the remains of over 2,200 temples and pagodas still survive to the present day.
Things to do in Bagan 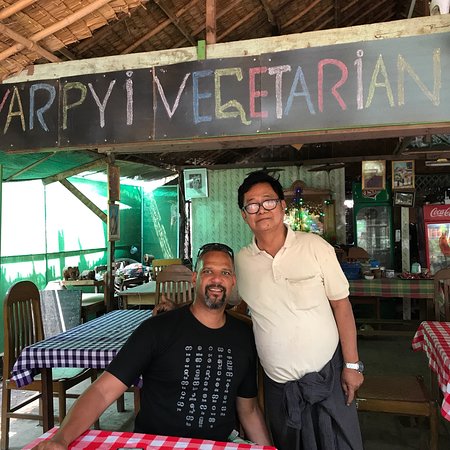 Food was great (especially the tomato and peanut curry), the prices are reasonable and the staff are really friendly. Highly recommend! 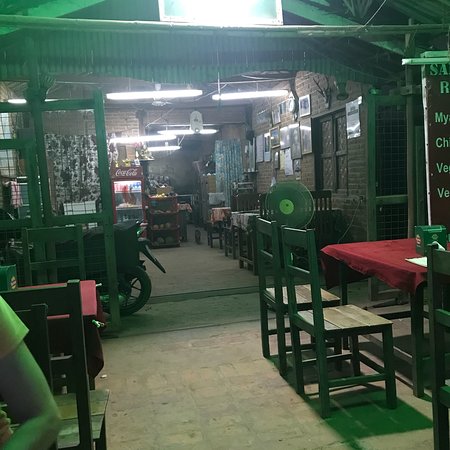 This small restaurant by the street, is the best restaurant for you to have lunch like a local. Do not expect a fancy restaurant, but a normal Burmese restaurant with good food and a friendly and great service! Thank you! From the couple from the country of Cristiano Ronaldo! 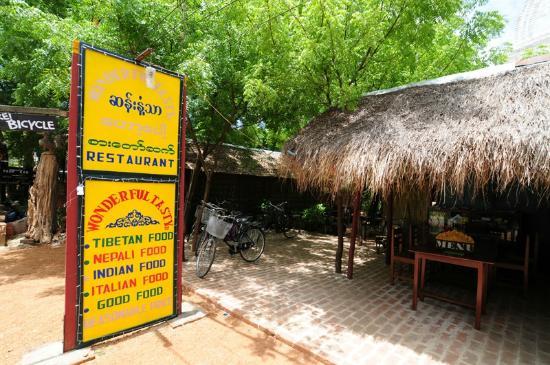 The lamb we had was very tough. The chicken dish was more tender. But both dishes were quite hot, relying on cayenne for flavour rather than the subtlety of flavour that comes from well curried food. There is better food available at The Indian Hut at the other end of the street. It costs more, but it is really so much better. 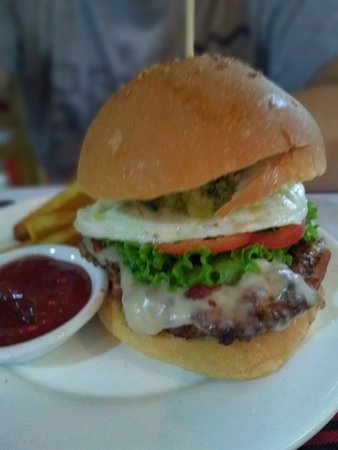 To my dear guests: My name is Win Tun and I am the owner of Weather Spoon&apos;s Bagan Restaurant. Thank you very much for your comments and support of our family operated restaurant. We take pride in providing quality food and beverages, serving breakfast, lunch and dinner in a relaxing ambience with our polished family service. We take pride in making our guests happy and satisfied. We are open every day from 9am to around 10pm. Thank you very much. Win Tun

We had the Myanmar Tempura Vegetables and the Angela Salad. Both were good, however, the glass of wine that I ordered was so small, that I sent it back as it was not worth paying for. I ordered a beer instead, but if you like wine, go to any other restaurant on the street that serves wine and you will get a bigger glass. 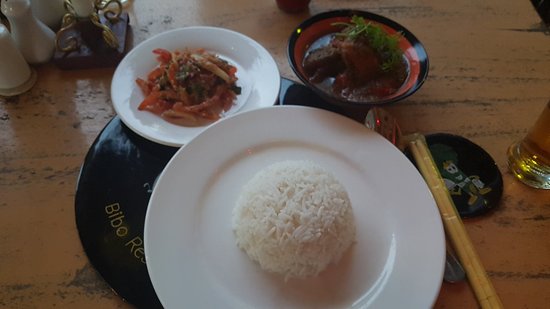 Delicious food, super friendly staff, and a very chill atmosphere made this our go-to spot in Bagan. Thu, the owner, was lovely to talk to, and their staff took very good care of us without being intrusive.
The avocado salad (Burmese guacamole, basically) was the best we'd had throughout the country, and their cocktail game was on point. Give the Gin Basil Smash a try if you need something refreshingly different.
Situated away from the main restaurant drag, it's the perfect place to wind down the day and enjoy some peace and quiet along with delicious food. 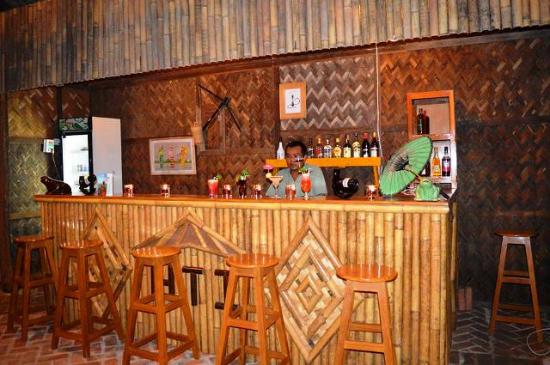 Located only a few minutes walk from most of the guest houses and hotels in Nyaung U,"HTI Bar & Restaurant" is the perfect place to stop by after a busy sightseeing day. Visit us in relaxed atmosphere for drinks and food. Shisha available!!! Free Wifi

We stopped in here after having a meal next door at Bibo Restaurant. The HTI Bar is a good place to have a drink or two. I did not eat here, so cannot comment on the food.Dear bostondave11, Thank you very much for your review! We hope to see you again at HTI Bar in near future! The Team of HTI Bar & Restaurant 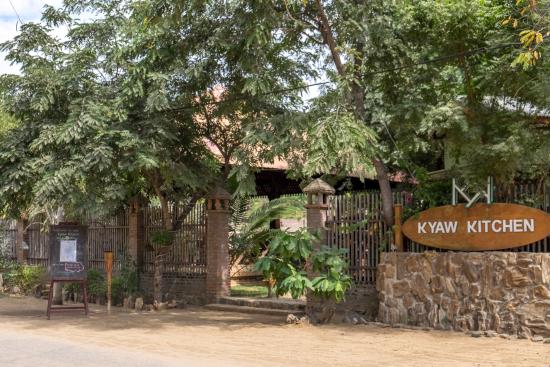 A taste of Myanmar with a little french touch !! It will be a pleasure to serve you in our beautiful garden. Whe now are proud to offer you Cooking class in the the garden of our restaurant. It will be possible for you to learn traditionnel Burmese Cuisine. For more information or reservation you can contact us at our facebook pages or by telephone . . Today you may reserve our Local village life in and around Bagan. Taquilla-sunset and Royal Bagan sling , smoothies, vegetarian and Oriental, Chinese and Myanmar cuisines are serving with smile and from our heart. Be proud and feel like a Paganian in Bagan. Thank you .

The garden setting is delightful although difficult to appreciate at night. Service is prompt and friendly and the food is fantastic. A complimentary dish of tempura spinach leaves is provided to whet your appetite - interesting and delicious! I had the fermented tea leaf salad...MoreYou are Welcome MinickL. We always appreciate as our clients satisfied. Please come back again - we are waiting for your Pleasure to Serve ! 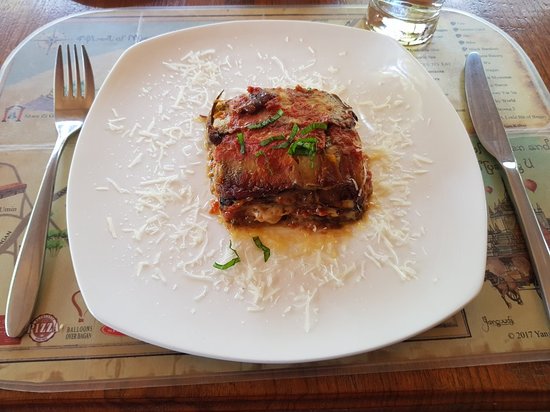 Welcome to "La Terrazza" says our italian-swiss chief cook ! You will be delighted to taste our italian -family style- finest fresh flavours surrounded by master pieces of local artists. La Terrazza restaurant and art gallery will give you the opportunity to relax in an atmosphere that will fulfilled your eating desires and wishes. At La Terrazza, you will also find a huge choice of vegetarian and vegan meals.

Very very tasty Italian food, we ordered a pork salad and a pizza, are all excellent! Staff are well trained, speaks relatives good English and very attentive. The owner (which I think are a Italian couple) are present helping guest and look after restaurant. We think it is an excellent restaurant, definitely worth going! 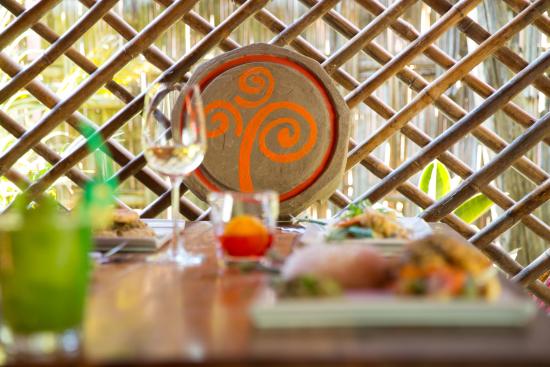 Bagan ZAY prides itself on its innovative cuisine, a blend of traditional Burmese recipes with a twist of western influence. Along with this fresh, healthy and tasty cuisine, our guests can enjoy a selection of succulent juices, trendy cocktails and imported wines. A great atmosphere, perfect to end a day of sightseeing in Bagan, escape the heat in the afternoon or enjoy an excellent dinner in good company ! Our products are fresh and locally sourced. No MSG used ! Great vegetarian and gluten free options.

Clean, pleasant place. However, we found the Seating appalling. You either had wooden seats on which you had to sit bolt upright and tables which you couldn’t put your legs under, or low tables that you had to sit cross legged at - nightmare. As for the food, a restricted menu, which I like since they can focus of doing the food well and it will be fresh. It was presented well, but for the price it wasn’t as good as I expected. The best part of the evening was the music - loved it. 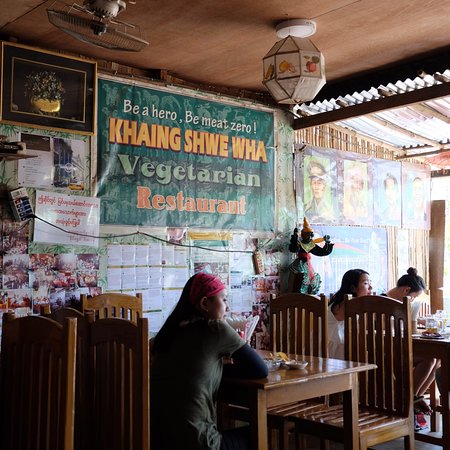 Great family run restaurant with an extensive vegeterian menu. We choose the eggplant curry, fried corn in coconut cream, vegetable fried rice and fruit lassis. The owner sent a few extra treats out as well. Everything was delicious, good sized portion and reasonably priced.
The service was friendly and geniune. Great recommendations on menu selections.
The restaurant is cosy, clean and easy to find.