Top Things to do in Province of Valladolid

Top Restaurants in Province of Valladolid

What to do and see in Province of Valladolid, Castile and Leon: The Best Things to do for Honeymoon

Valladolid (pronounced [baʎaðoˈlið]) is a province of northwest Spain, in the central part of the autonomous community of Castile and León. It has a population of 526,223 people in a total of 225 municipalities, an area of 8,110 km and a population density of 64.88 people per km.
Restaurants in Province of Valladolid 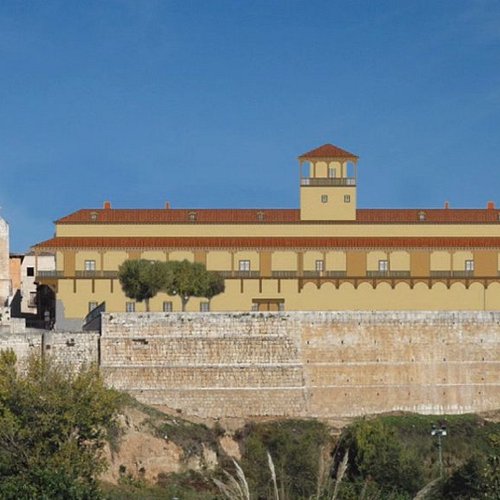 A traditional family-owned winery in the downtown area of historic Tordesillas, Muelas offers a unique and fun winery tour. We learned a great deal about the local wines, and tasted a selection of the excellent Muerga wines. All led by a delightful host, one of the co-owners. Though not for the infirm or faint of heart, this was one of the most fun winery tours I've ever done. The tour starts in the bodega, what at first look appears to be a simple wine shop. As the tour progresses, however, you learn that the grapes are brought from nearby vineyards and processed entirely in the premises, in underground caves carved into the rock. Next, you are led through down a hole in the ground and narrow stairs to the level below, where the grapes are pressed. Through a set of sturdier stairs, you are led another level down, where most of the wine is aged in oak casks. But, wait, there is yet another level, that is being improved in order to expand production. 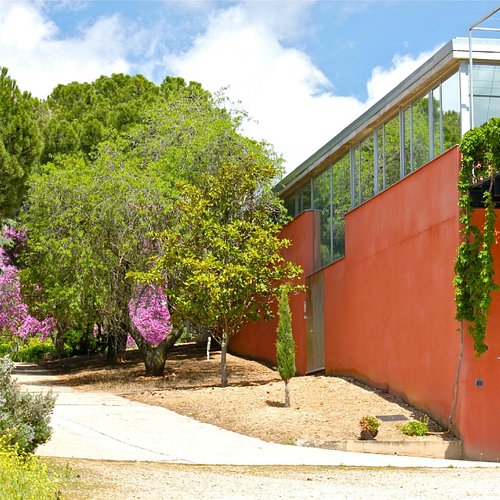 Family winery located in the heart of Castilla, called La Legua, and located one league -5,5 km- away from Valladolid, Fuensaldana, Mucientes, Cigales and Cabezon. We elaborate red and rose wines, and we offer a very instructive and enjoyable visit to our premises, including the vineyards, the ancient winery, and a complete tour through the elaboration process, ending with a delightful tasting.

This was really the best experience ever! The hosts were so generous and shared their knowledge and passion for the vine and the vineyard. The tour was excellent and you really felt part of the familiar atmosphere that the place has! It is really affordable and the wines are of high class! We had to buy some with us. Thank you so much for an incredible tour and overall experience! Will surely come back as soon as I can. 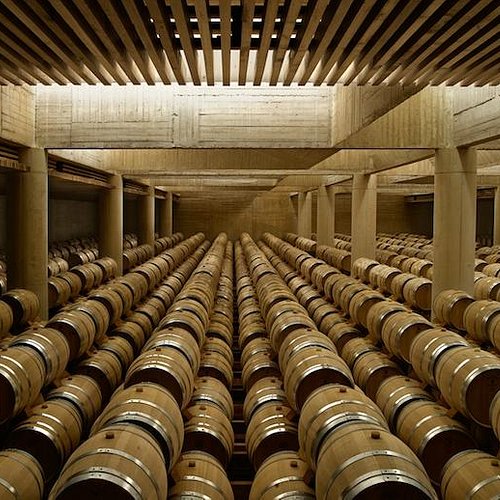 Book ahead online ~ dont just show up... We booked their six senses tour plus lunch. Absolutely worth the price! The tour was of the wine making area, not the vineyards themselves. The tour had a few stops where you do a tasting plus paired with a small tapas. Very nice. The thing that makes this place and tour A+ is the food! Yes the wine is good too! The tapas served on the tour were wonderful with a lovely chef. The lunch in the restaurant was incredible. Wonderful staff, beautiful room and really creative good food! Worth every penny! 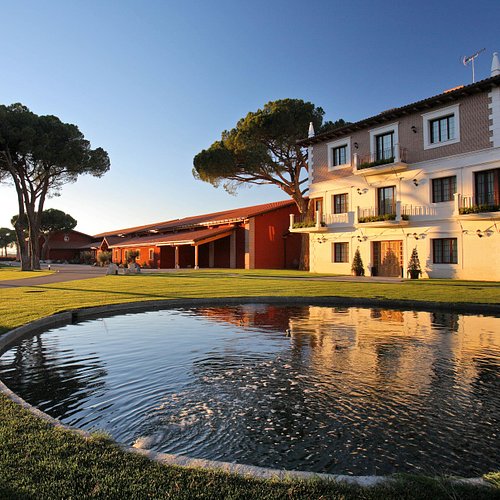 Finca VIllacreces is located in the middle of a bicentenary pine wood and surrounded sothwards by the river Duero. A unique place that gathers together charm, tradition and an outstanding landscape. An state with 115 hectares, where the vineyards merge together with nature. A winery located in the hearth of the so called "Golden Mile of Ribera del Duero".

We really wanted to check out Finca Villacreces, the winery that produces Pruno, one of the best red wines under $20. The tour was fun, inexpensive, and added to our appreciation of Pruno and the Ribera del Duero wines. Ideally set in the middle of the Ribera del Duero's golden mile, the winery is surrounded by its picturesque vineyards, and housed in a traditional looking building. Our engaging guide explained the history of the winery, dating back hundreds of years, when it housed a monastery with winemaking monks. She also noted that the vineyards are cultivated organically, but unspecified aspects of the process prevent the winery from marketing the wine as "organic." She discussed the relevant aspects of the villacreces terroir and microclimates in the context of the Ribera del Duero region and explained the winemaking process, as she led us through vineyards and buildings. Villacreces uses steel vats and oak casks (both French and U.S.) for fermentation process, and they have started testing Spanish oak casks and cement vats. The tasting included two wines, Pruno and Finca Villacreces. Very good and better. It was accompanied by bread, jamón Iberico, and Manchego cheese. It was informative and yummy. One of the aspects that made this a very enjoyable tour was the setting, which was idyllic. The 285 acre state includes a small, 200-year old forest, and the facilities include a beautiful courtyard with an olive tree in the middle that is over 100 years old. There is also a charming chapel. The tour was inexpensive (15 Euros per person), and since we visited off season we did not need reservations. Luckily, when we checked around midday, we were told we could join another couple on a 4:00pm tour that day. Recommendation, call or email first. Finally, one of the workers at our local wine shop turned us onto Pruno by noting that its vineyards abut those of the older, more prestigious Vega Sicilia winery, and on the way out we were able to verify that indeed they are only separated by a narrow gravel road. In the town of Rueda, located in the province of Valladolid, origin of the Castilian white wine, Verdejo, the singular labyrinth underground wine cellar of Grupo Yllera can be found. This winery unites wine, art, mythology, history and culture, opening up a world sensations and senses. Inside an impressive cave of 20 metres underground and for more than one kilometre, wines are guarded in different premises that constitute a labyrinth connection. Grupo Yllera pursuing to recover underground cellars of this area, has started to renovate these wine cellars creating a space where visitors and find out all about the history and origin of winemaking. In order to offer new experiences to the visitors, a link between the Minotaur Myth and the family wines has been created. By unwinding “the thread of Ariadne”, we will learn more about the characteristics and excellence of the wines of Grupo Yllera; sparkling wines, whites of Rueda, red young and barrel aged wines, ageing on the bottle and the highlight of the winery: Yllera Dominus.

So this was a really great tour around the wine production site. We booked the tour in advance, which judging by some other reviews, would be highly recommended as I doubt you could just turn up and expect it to happen. We were initially told via email that no one would be available on the day we wanted to visit, to give us the tour in English but we were still welcome to come for a look around. We were so looking forward to visiting Rueda, tasting the wine and visiting the underground labyrinth that we agreed. However on our arrival we were chuffed to be told an English speaking guide was there and would do the tour for just the two of us (normally they would cater for much larger parties!) We were informed the tour would take 2 hours, but with our questions and the leisurely pace of our tasting session it actually took us more like 2.5 hours which was fine with us! We were actually accompanied by 2 guides, the second was trying to improve his English so to be able to cope with doing the tour in English by himself, but both our guides were friendly and put our Spanish skills to shame! The tour itself was extremely informative and we learned a lot more than on other wine tours, without it being boring. The tasting session was very nice, it would have been nice to sample even more!!!! Our car was already rather full so unfortunately we couldn't purchase as much as we would have liked. After the tasting there was a short car trip across to Hilo de Ariadni (about 3 minutes away) This extensive cave cellar labyrinth has a real wow factor and was the highlight of the tour. We felt honoured to have been shown around everywhere by 2 such polite and knowledgable guides when there were only the 2 of us. Thank you! Would highly recommend a visit here. Next trip we would love to eat in the underground restaurant! 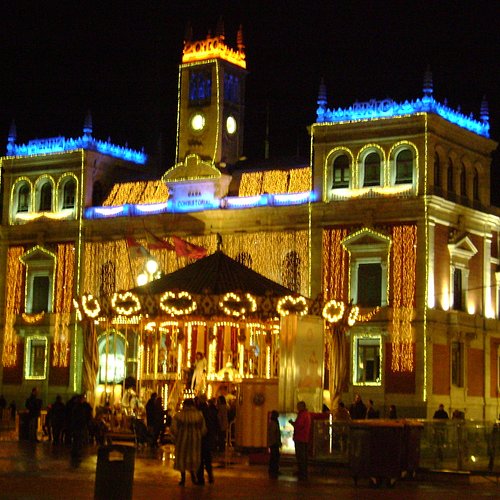 Many eat and drink options around the beautiful Plaza Mayor - food and wine are excellent in most of these places, people are nice but communication is challenging! 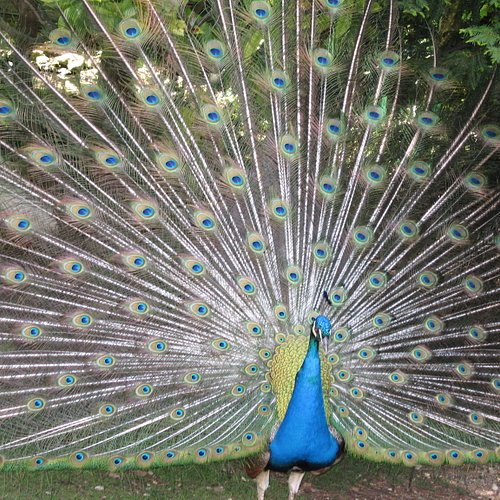 Just as in many cities, this is the lung of Valladolid, it is more like a little forest than a garden, were you can spent time watching the ducks, swans and peacocks or just walking through the shadows of the trees. 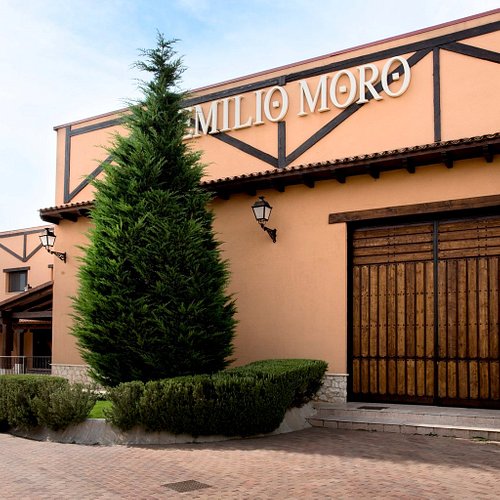 Bodegas Emilio Moro is the result of three generations that, for the last half a century, have dedicated their lives to winemaking. The first generation worked the land, the second generation taught the third generation everything there is to know about wine, and this last generation has built an internationally recognized brand. All three generations have something in common: Their passion for wine. Our winery is located along the Golden Mile of the Ribera del Duero, about ten minutes away from the famous medieval castle of Peñafiel. Visit us to learn about winemaking and its mysteries. Taste our wines looking upon the beautiful scenery that surrounds the Duero River and discover the passion for wine of the Moro family. We offer a wide range of experiences that we guarantee will make for an unforgettable visit. 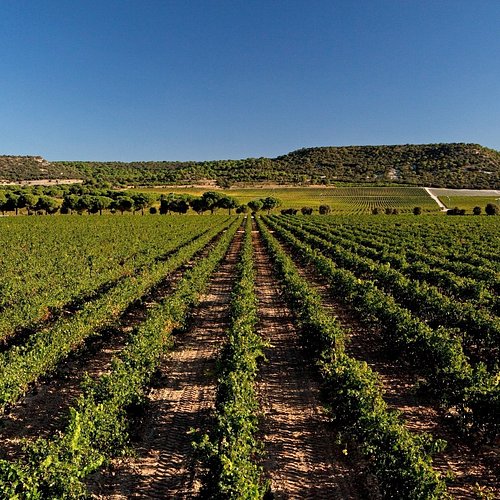 Abadía Retuerta is a mute witness to history and a place where the land and the vine come together. The duty of our Duero Valley winery is to respect and preserve the legacy we have inherited in one of the top wine regions of Spain, our surroundings, the monastery and its wines. To return what we can to the earth, enhancing and increasing what we have so generously been given.