Top Restaurants in Province of Valladolid

Top Things to do in Province of Valladolid

Where to Eat in Province of Valladolid: The Best Restaurants and Bars

Valladolid (pronounced [baʎaðoˈlið]) is a province of northwest Spain, in the central part of the autonomous community of Castile and León. It has a population of 526,223 people in a total of 225 municipalities, an area of 8,110 km and a population density of 64.88 people per km.
Things to do in Province of Valladolid 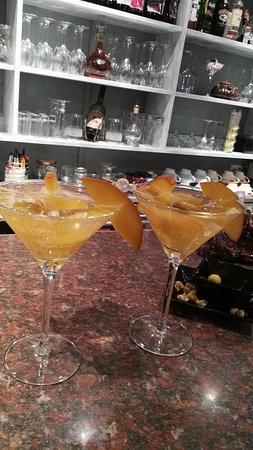 We arrive here by a recommendation from my brother. The place is small but charming. We ate a mix a meat with sauces that were really really taste. The owner was very kind and she explained to us every plate and sauce. In summary, recommended 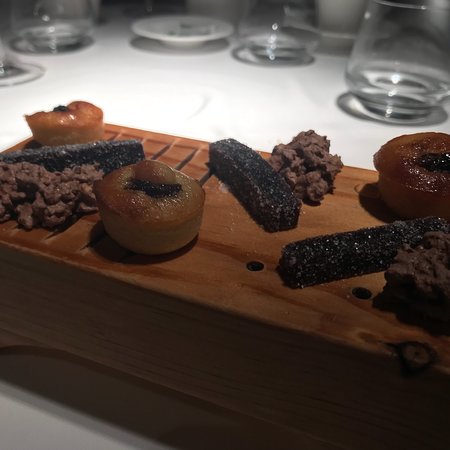 "Rediscovering neatly intensity of traditional flavors, those that can only be conquered with products d e quality and guaranteed origin and a cook slow mime ... No more trick in the kitchen of high quality. It is therefore necessary to learn to try and enrich it in the kitchen so very good with the wide lands of Castile and Leon, with its historic garden that we inherited; Mount Baroque hunting; mushrooms and berries; moorland grazing or three poultry that were always at our parties ... ".

Trigo manages to be both classically Northern Spanish, yet modern and inventive. Each course represented some recognisable and familiar ingredients (sardines, pigeon, bottifara sausage) each was given a slight twist which took them closer to perfection and further away from predictable cliche. The space is pleasant and the staff take great care of you. And for all that, the prices are extremely fair. As the first restaurant in Valladolid to offer pizzas from a real wood-fired oven, Niza has been welcoming clients through its doors since 1989. Italian food and excellent pizzas are the mainstay of this restaurant, although there are plenty of alternatives on the menu including hake carpaccio, Provencal tart. There are also international dishes and options for vegetarians and celiacs. Decoration is minimalist and functional creating a spacious and welcoming dining area, ideal for fun and relaxed evenings. Attention to detail and its friendly service have made Niza one of the city&apos;s most fashionable restaurants for more than ten years.

Friendly professional personal. Spoke good english. Our waiter Javi was explaining and recommending both wine and food. We wanted to order main course and starter, he told us that maybe it was to much food.It was good that we listen to him. Really big plates....MoreHi Biveke....thanks a lot for your review,,,,, Javi sends you regards and he is very thankful for your review. Hope you visit us reciently. Gonzalo Soriano. 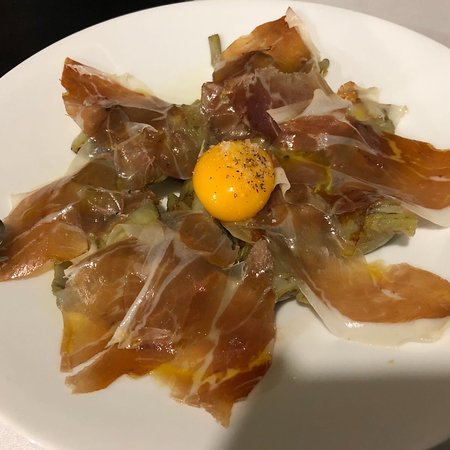 We have selected this place for our first touch with wine from Ribera del Duero and it was really good choice for the first wine tasting in this region because every from selected meals had perfectly matched to the served wines. 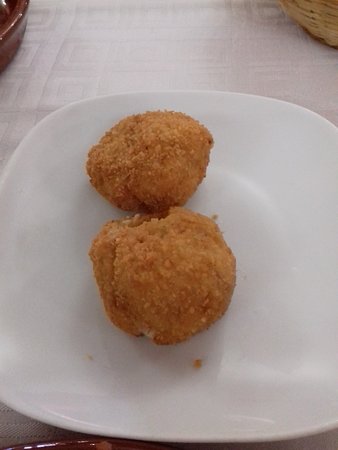 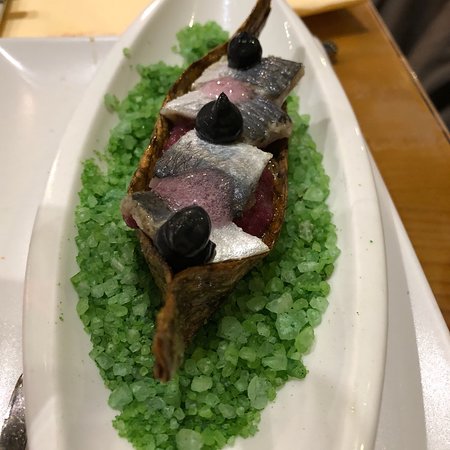 Where to start really with this restaurant. We were the first to be there at 8pm and luckily so, because less than 45 mins later the place was packed and all seats taken. We asked the super friendly guy behind the bar to give us their speciality tapas and he did. After every two tapas he came and asked us if we wanted another round which we obviously did :) About the food: super good, all of it. About the wine: very good as well, both the house red as well as the white. About the staff: loved them. About the ambiance: great. Needless to say: I highly recommend! 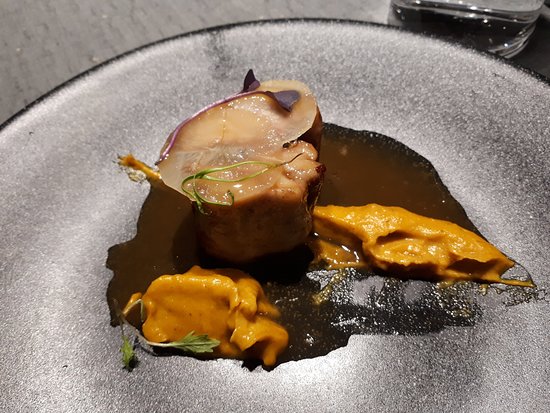 There are people who are talented at what they do. There are others that put in a lot of passion. But few manage to combine talent and passion as harmoniously as Damaso Vergara.
At a first impression the restaurant Damaso is not a canonical place. A tiny place in the middle of an even tinier village, with rather cozy, warm, informal atmosphere and a friendly staff that makes you feel immediately at ease. There is no -printed- menu; it is the chef Damaso who actually describes to each guest what's on the menu (depending on the freshest ingredients he found in the market).
Then the surprise: every single dish is a carefully assembled symphony of flavors and textures digging their roots into the local tradition but with a fantastic spin of freshness, multiple source of inspiration and experimentation, all plated with care and a very good sense of balance and aesthetics.
I won’t spend more words describing the many dishes I’ve experienced, as I have probably tried the most of them over a period of several years, having been there so many times. The overall perception though is worth mentioning: not a single one left me ever disappointed, perhaps some where less spectacular, but again, overall a full satisfaction each and every time I have been there.
I also won’t recommend any of the dishes, as I believe the best way to experience this place is to share several in order to taste most of the menu, particularly given that it is possible to opt for half-portions (Besides, the menu is seasonal and based on the market availability anyway).
And the wine list…well, there is not exactly a wine list. Just ask Damaso, and he will find an interesting option from his cellar!
The bill is finally is another (good) surprise. For a full dinner with two half-entrees (usually preceded by an amuse bouche), a main, a couple of dessert shared for the table, red and dessert wine I usually pay below 50 Euro/pax. Yeah, it might be a slightly higher bill than a traditional restaurant, but when I compare it to all the other Michelin star restaurants I have been to across the globe (and Damaso despite not having any star should definitely be compared with such places) it is definitely a fare bill.
No wonder it is ranking in the top list of must-go restaurants, it is perhaps the best hidden gem of the whole of Castilla y Leon.
Enhorabuena Damaso! 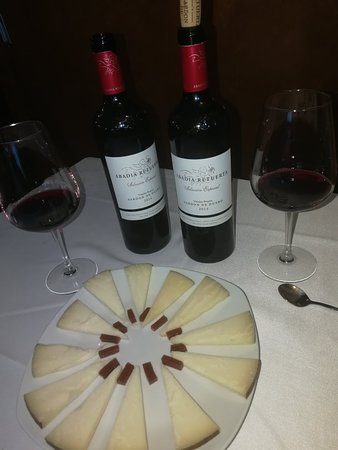 This typical castilian restaurant with more than 30 years of experience, reopened renovated in march 2013. New air in a place with a great respect for the gastronomic tradition. Just a few kilimetres away from la Ribera del Duero wine Region and 25 kilometres away from Valladolid city, offers a wide variety of grilled meat, been specialized in PINCHO DE LECHAZO A LA BRASA DE SARMIENTO, ( lamb skewers ) A great delicacy that well worth a visit!

This region is known for the Lechazo. The pincho de Lechazo from this restaurant, with the owner serving the tables with a smile, is one of the best plates I have ever had. It's worth the trip!! 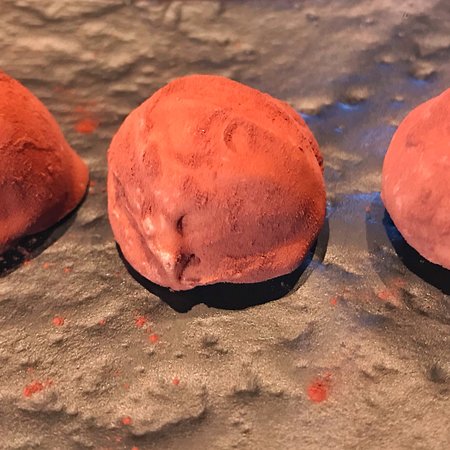 Vinoteca, situated over La Cueva, which has traditionally housed Abadía Retuerta&apos;s private wine collection, the atmosphere is both welcoming and peaceful, and where gastronomy has added a creative twist to tradition. This restaurant serves an excellent selection of tapas and dishes made from ingredients produced in the region.

We read reviews here and weren't totally sure, but were pleasantly surprised with the high caliber of service and top notch food, we were escorted into the restaurant with a very pleasant staff member and greeted with one of the best servers of our life inside the restaurant - he was extremely knowledgeable of the food and wine, and in addition was a very sweet guy, his high level of professionalism was a welcome attribute given the hit and miss service recently in the area.
He knew his wines (no surprise he is studying to be a sommelier), good on ya - you'll excel here too - I'm sorry I didn't catch his name - he's from Colombia and a dear sweet man!
Back to the food - yum!!!! We had a artichoke starter which was divine the shared rib eye steak with fries (dee-lish) and a green salad that simply burst with freshness!
I'd love to go back - this place hit ALL the right points. 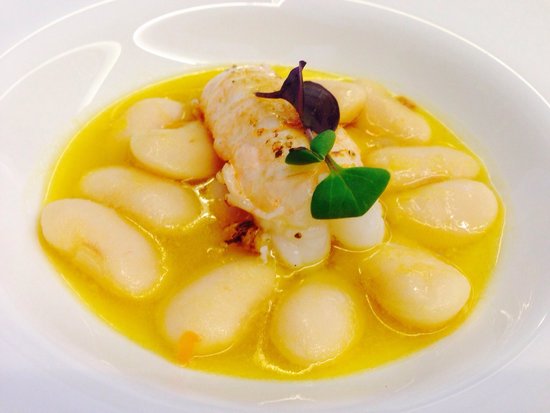 If only all tapas served in Spain was as nice as this. The portions sizes and menu was traditional, but most places are round here. The food was excellent, great flavours and some very unique dishes alongside the traditional dishes. I recommend the Chili octopus, shame you can't order a large!