What to do and see in Harrison, United States: The Best Places and Tips

Harrison is a city in Hamilton County, Ohio, United States. The city is located in the Cincinnati-Northern Kentucky metropolitan area. The population was 9,897 at the 2010 census and was estimated in 2016 to be 11,048.
Restaurants in Harrison 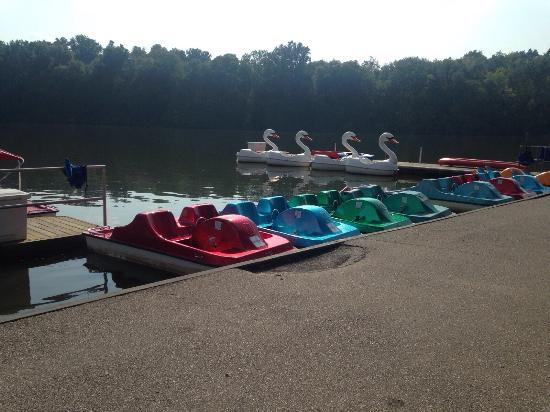 Usually I take my young nephew to Woodland Mounds' wet playground, but thought Miami Whitewater would be a nice change. Big disappointment! The wet playground is very small with one of the 2 slides on the pirate ship currently broken. That part of the ship was roped off with caution tape. There really
wasn't much water flowing/spraying- I think it's just outdated. Maybe 6-8 tables with umbrellas that were already taken. Other areas to sit are in the full sun. There are 3 bathroom stalls right there. To purchase admission tickets or food/drinks you have to leave the playground and walk a bit to the concession area- not convenient esp with children. In the hour that we were there, I saw 3 small children slip right past the lifeguard and run out into the playground which is close to the parking lot. Great Parks needs to seriously renovate this playground. My advice is to skip this outdated wet playground and drive to Woodland Mound or Winton Woods areas, you'll be glad you did. 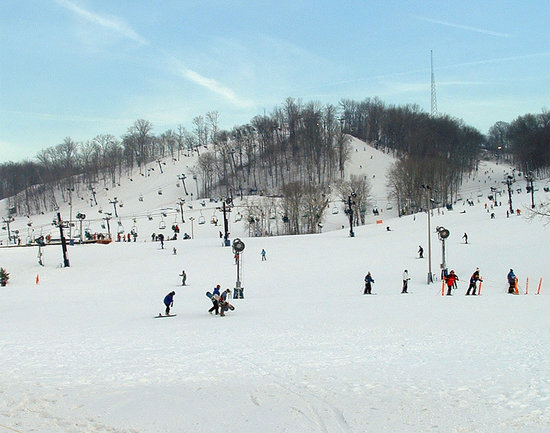 We really enjoyed our time at PNS. Sure, this isn’t comparable with Western Ski resorts, but compared to any place close to the east coast/southeast, this place is amazing. A great place to learn to ski/board and affordable. Highly recommended. 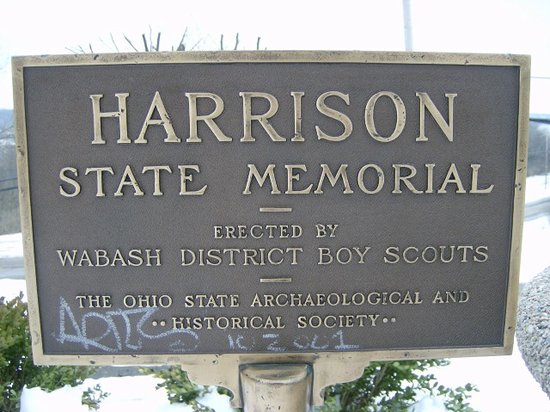 Tomb of the ninth president of the United States, William Harrison.

No Museum, no library, nothing fancy at all really. It's just a simple obelisk, set in a small park, with a mausoleum under it memorialising a President almost no one knows much about. Who was William Henry Harrison anyway? To find out, take West 6th Street out of Downtown Cincinnati. 6th turns into U.S. 50 and 'Three Rivers Parkway'. The Memorial to President William Henry Harrison is 15 miles west, a left turn onto Brower Rd. Free. Doubtful disabled access, at least 30 steps to the obelisk and tomb. You can walk right up to the tomb grate and view the grave markers, but there are also displays discussing his life down by where you park. Harrison was the last President born as a British subject. Born to an upper middle class planter family in Virginia, he settled at the northernmost bend of the Ohio River, his land in Ohio overlooking Indiana to the west and Kentucky across the river to the south. He had a very full career. He started out as a low ranking army officer in Cincinnati (called Losanticille at the time), with a commission signed by President Washington himself. He was a hero in the War of 1812, defeating the British retreating from Detroit and destroying the Tecumseh Confederacy and re-establishing U.S. Control over the Northwest Territory. Harrison also served as Secretary of the Northwest Territory, Delegate of that territory to Congress, both an Ohio State Senator and a Senator from Ohio to the Federal,Senate. He was the American Ambassador to Columbia, and encouraged Simon Bolivar to model his government there on that in the United States. In his campaign, Harrison was the first to use the 'homespun, log-cabin boy' image and the 'military hero' image to his advantage in the campaign - similar themes used to this day. He was also the first President to die in office, producing a short lived 'Constitutional Crisis' - should the Congress elect a new President to serve out Harrison's term, or should the Vice President succeed him? Almost everyone believes he died after serving only 32 days in office as a result of pneumonia, contracted after giving the longest Presidential Inaugural address (8,000+ words) without either a coat or hat! Recent research indicates he in fact succumbed to 'enteric fever' after drinking fetid water served him in Washington D.C. He expressed a wish to be buried here, overlooking the way west. He lies where he wanted to lie. Finally, he was the grandfather of the 23rd President, Benjamin Harrison, born here in North Bend. Quite a career and life for a 'short-term President'! Enjoy! 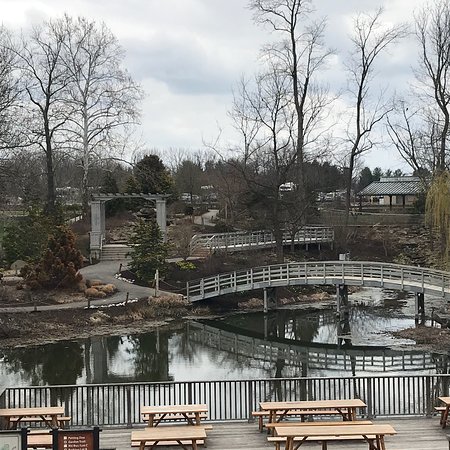 Nice leisurely walk through exhibits confirming our views. Was refreshing to see dinosaurs and not have to read the billions of years ago garbage that you are so used to seeing in books. Liked the biblical perspective of the true creation and explanation for how it could happen for all those who doubt. 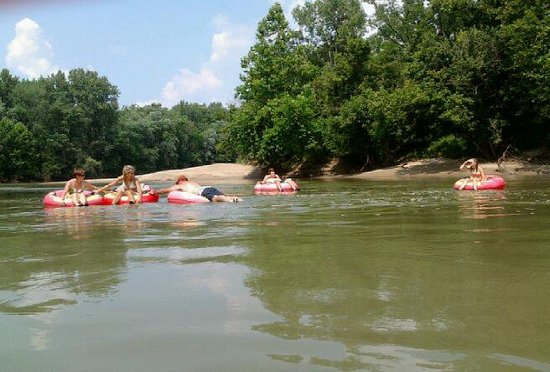 Green Acres Canoe & Kayak Rental is on the pristine section of the Whitewater River which travels through the state of Ohio. Located just 10 minutes from Cincinnati, Kentucky and Indiana within the I-275 loop. Also available are raft and tube rentals, miniature golf and picnic area with shelters.

When you are old and retired don't sit around go Kayaking at Green Acres you may think you are too old to have fun on the river but you can do this 4 old people with bad backs and bad legs spent great day on the river with a bunch on of young people. All you have to do is walk to the bus with you life jacket and they driver you to the launch sit I would recommend first timers to take the 3 mile ride but I bet the next time you go you will take the 8 mile trip. If you think the water will be too fast you will be wrong it nice and slow but fast enough that you don't really need to paddle the facility is first class the staff is great and they have young men who will help you into the Kayak and help you out at the bring so drinks and snack and live a little you will feel like you are 21 check it out. I am 64 will a bad back and legs and one of the members of our group is over 80 you can do it Kids take you parent 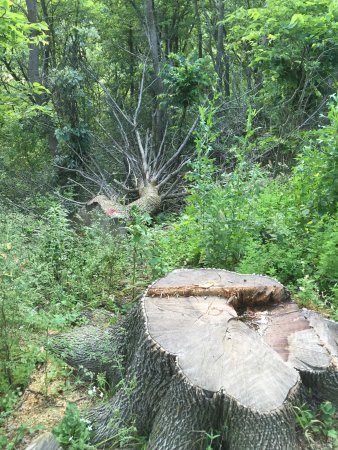 This park has various hiking trails and several historic and archeological sites. There are a number of picnic areas and a golf course. It is very near Indiana and not far from I275 loop.

7. At The Barn Winery 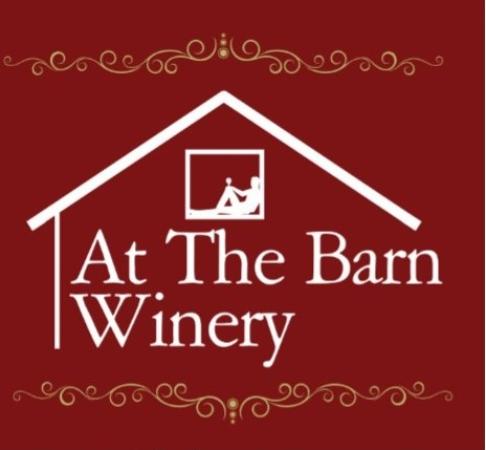 Free tastings. Family friendly. Handcrafted-boutique winery locally owned and operated. From our farm to your table. All wine is fermented and bottled on the premises. Enjoy a glass or a bottle on the deck or patio. Always free tastings. We have your new favorite. Carpe Vinum!

Finally had the opportunity to stop in “At the Barn Winery” to check out the local wine options. The beautifully restored barn is a welcoming and historic family treasure. I was warmly greeted by the owners who gave me a brief tour of their winery....MoreWe are so happy that you enjoyed your visit to At The Barn Winery. Thank you for taking time to write such a wonderful TripAdvisor review. We hope to see you again soon.

The Fernald Preserve is a wonderful spot for birding -- and learning about Ohio's role in Cold War manufacturing. Originally a uranium enrichment plant built in the 1950s, the reclaimed site features several miles of trails throughout restored prairie and wetlands. The visitors center, an LEED certified building, offers interpretive exhibits that illustrate the history of the site and stories from the people who worked there. A stopover for migrating birds, we added several shore birds to our life lists! The drive up SR 128 up from I-74 is lovely, too. 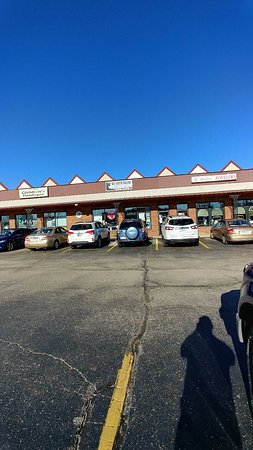 Wow, we stopped in here looking for a little trinket and we found a place that takes their beads very very seriously. Very friendly staff and big selection. They offer classes too. If you're in the Harrison area you should check it out.

We stopped at this tasting room on the suggestion of a friend. What we walked into was a beautiful show room that just screamed class. From the beautiful handmade tasting bars to the lovely stemless glasses the atmosphere was welcoming. We were greeted so warmly by Caroline and had a real family tasting, hearing stories about the grapes, the labels and even the names of the wines. Regardless of how warmly you are greeted the wine is what this place is all about and this wine is award winning excellence bottled in glass. Parking is easy and very accessible to all. During our tasting we were offered cheese and crackers along with summer sausage. What a nice touch!! The only thing missing is wine named Sweet Caroline after the most amazing spokeswoman of Holtkamp Winery!! Well worth the stop don't miss out!