Almont is an unincorporated community and U.S. Post Office in Gunnison County, Colorado, United States. The ZIP Code of the Almont Post Office is 81210.
Things to do in Almont

After the water rafting trip I was starving! So after getting into some dry clothes, my friends and I decided to eat right there at the outfitters main store. The Smokehouse is actually attached. I found the burger to be very dry, not very good, actually, but the shredded chicken nachos were the best I've had in a long time. Highly recommend. 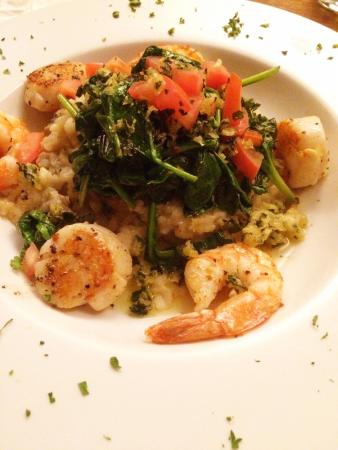 The Blue Table Restaurant is now CLOSED for the winter season,<br>THANK YOU for an amazing 2017! See you in the spring!<br><br><br>FRESH - STRAIGHTFORWARD INGREDIENTS OUTSTANDING PREPARATION ... TOTALLY CHILL ATMOSPHERE! Featuring coastal inspired seafood dishes, mouthwatering prime rib and burgers and a carefully selected wine list. Banquet Facilities available for up to 100 guests - Full Bar - Dine In Take Out - Catering Available Conveniently located on Hwy. 50 only 1 mile east of downtown and adjacent to The Inn at Tomichi Village.

We've been road-tripping several weeks around Western Slope and tried this place on a tip from local. Good choice! Attached to a motel but we didn't notice at first. Choice of bar seating or dining room that was wholly separate from bar. We chose dining room-. Better than most motel restaurant add-ons. Atmosphere was traditional mid-scale, service was better than most, and we all ordered burgers. And all were done to specifications and very good. Each had different kinds of potatoes... sweet potato fries, traditional fries and small boiled ones in lieu of baked. An important part of the package to me and all were also great, each in their own way. We looked up the restaurants in Gunnison before we decided to eat here. One of the reasons we chose this place because it said "vegetarian friendly". Well.....I didn't find anything vegetarian except a dinner salad. We had a difficult time finding anything that we could eat and probably should have left after we saw the menu. The food was so-so and a bit pricey. I had a chicken sandwich and fries and my husband had a chicken....no drinks, only water and it was over $25 with the tip. On a positive note, the staff was very nice and it seemed like the locals liked it. We walked down the street after lunch and found at least 3 other restaurants that would have had more selection of what we could eat. We will remember that the next time we go through Gunnison. 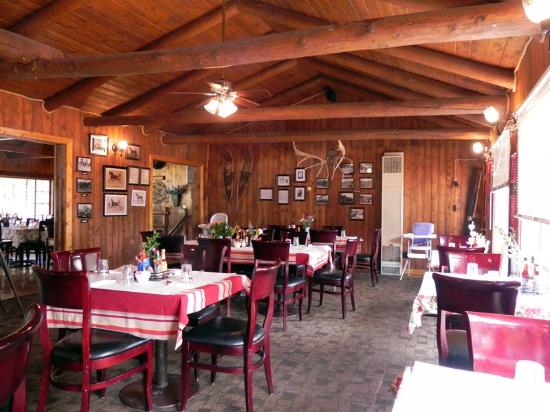 Almont Resort is located at 8,026 feet in the heart of the Rocky Mountains of Colorado between Gunnison & Crested Butte. The East & Taylor Rivers meet outside our cabin doors to form the headwaters of the mighty Gunnison River. Our historic lodge and cabins were built at the turn of the century and have been recently remodeled to provide you with comfortable amenities. The main lodge has a full service restaurant, lounge, fly shop and our check-in desk. Most of our 15 cabins and 4 vacation homes are riverfront or very close to the water. We accommodate couples, families, corporate retreats and other larger groups.

We were dismayed and disappointed by the management's poor preparation, unprofessional choices and lackluster service at the Almont Resoirt restaurant. Yes, we were a large group, but we also had a reservation made well in advance on a Friday night.

Our party was served at two separate tables, even though there was space to accommodate us all at one. We were served in the extremely noisy bar area with music blaring and other patrons shouting and singing (and cursing). No other diners were seated in the bar area. Our food took literally hours to arrive, was served all out of order and was, at best, lukewarm by the time we got it. The bar service was a little faster, which made sense because it was close by.

Our waitress, who was truly doing the best she could, was not allowed to split the check for some never-clear reason, so we got one huge check. We were told they would include the tip, which is standard for a big party like ours. The problem was it didn't show as a line item on the bill. We were told it had been added, but weren't sure. Just to be sure, we all added 18%-20% as we divided the check among the five families represented at the table. Despite the fact that the tip was not listed on the bill AND we paid 18% above the amount listed (which may already have included 18%; the waitress was unsure), the bill was returned to us. We had somehow failed to pay the amount they thought they deserved in a tip. Instead, we were asked to add yet more to the bill without ever being shown how the calculation was made.

Although our server was as attentive as possible under the circumstances, the kitchen was slow, our food was average-to-disappointing, depending on the order, and the restaurant chose to seat us in the loudest, least pleasant place for dining. When we complained, the manager was indifferent to the point of rudeness, and made it clear he didn't care what we thought or what kind of experience we had.

If you read my profile, you will see that I have never written a poor review. But I decided to write this review in an effort to make sure no one has to experience a family dinner like ours at the Almont. I recommend taking your business elsewhere. 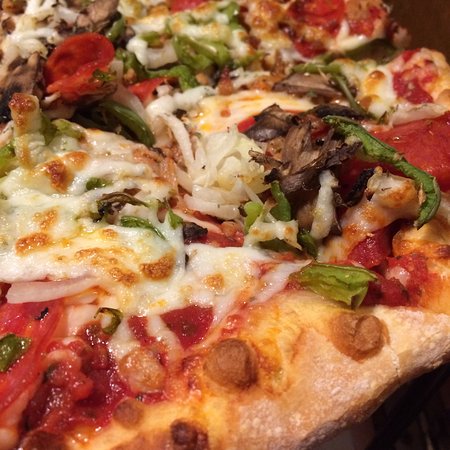 Marios pizza is the best pizza in gunnison, Colorado. Great friendly staff. Terrific pizza and must have the half and half pasta salad. Great prices. Very good location, right on the main street of town. 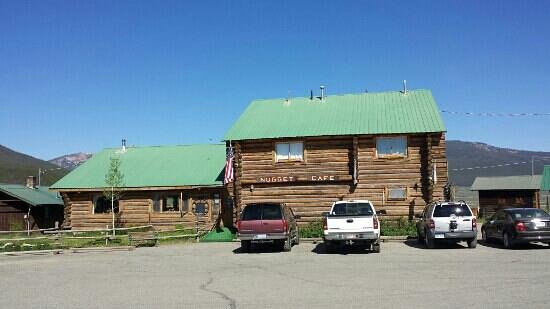 We stopped for a late lunch after crossing Cottonwood Pass. Nugget Cafe was half filled with people and had one waiter. Although he was did a very good job keeping up with all the tables he had to rush from table to table. Food was great and served promptly. Worth the stop!

A large group of us celebrated New Year's eve dinner here at a large table in the back and it was all very good. Large, varied menu and great service. The lasagna was very good as were several pasta dishes. The meals took some time to prepare so seemed to be made from scratch. Very popular place but they take reservations. 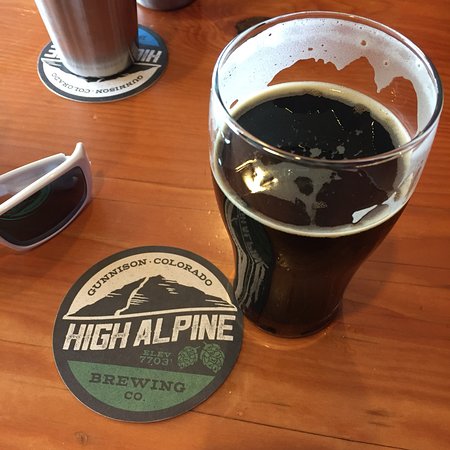 Have been here on several trips and it is always delicious. I love the atmosphere, service is attentive and most important - the food is great. We have always had a great experience! This restaurant was recommended by the Comfort Inn and no regrets. Was a very good burger with several side choices and reasonably priced.