Top Things to do in Cerveteri

Top 10 Things to do in Cerveteri, Italy

Cerveteri [tʃerˈvɛːteri] is a town and comune of northern Lazio in the region of the Metropolitan City of Rome. Known by the ancient Romans as Caere, and previously by the Etruscans as Caisra or Cisra, and as Agylla (or Άγυλλα) by the Greeks, its modern name derives from Caere Vetus used in the 13th c. to distinguish it from Caere Novum (the current town).
Restaurants in Cerveteri 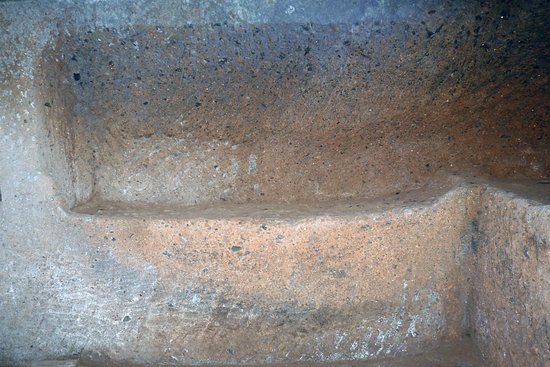 Necropolis of Cerveteri A major centre of Etruscan civilisation that was declared a UNESCO World Heritage Site in 2004, the Necropolis stretches for more than two kilometres. This certainly makes it the most imposing in all Etruria and one of the most magnificent monuments of its kind anywhere in the Mediterranean basin. These monumental tombs are located inside tumuli, partly cut into the tufa rock and partly built over it. The purpose of theseedifices was to illustrate the desire of a handful of aristocratic families to make a statement about their wealth and to perpetuate a lifestyle of the highest quality also after death. This may explain the abundance of luxury goods found in these tombs, such as tableware made of precious metal, goldsmith’s work, illustrated vases, bronzes and pieces imported from Greece and the Near East, as well as weapons, belts, razors, buckles and jewellery. The interiors are eerily evocative, imitating the houses where their occupants spent their lives, with several rooms, shaped doors and windows, columns and pillars, beamed and coffered ceilings, furnishings, funerary beds and sometimes grave goods. It is also interesting to visit the tombs known locally as a dado(like dice), which describes how they line the streets of the necropolis in regular patterns, looking uncannily like a modern housing estate. Discover how the tombs come to life!

The necropolis of the Banditaccia is an interesting site but unlike the necropolis of Tarquinia it's excavated extensively. Not just the paths to the burial chambers have been cleared but the entire tomb structures have been excavated so the site looks more like it did in the Etruscan times. On the other hand it's not as interesting as the one in Tarquinia since most tombs here have no decorations preserved. The few exceptions such as the Tomb of the Reliefs (Tomba dei Rilievi) can be seen thru a glass door only. A replica of the famous Sarcophagus of the Spouses is located in the ticket office. Other than that the tombs look pretty much alike, so after visiting a dozen or so you can have a general idea.
They have an short film about the necropolis in English which is quite informative. Also they give you a map of the site but you have to leave a document as security.
If you drive there it may be a bit confusing as there's a parking area right before the road turns narrow. Just go ahead and drive to the end of it, there's ample parking at the ticket office. 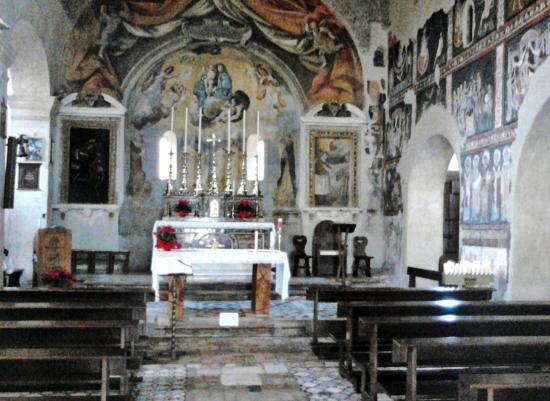 Ceri is a small town of 80 people on a fortress plateau in the Lazio one hour northwest of Rome. Santuario Madonna stands on the site of Etruscan and Roman structures dating back to 700 B.C. The sanctuary has been an ongoing research, restoration, and preservation project, which includes the discovery of frescoes from the 12th century uncovered in 1980. These antiquities are of museum quality but rather than seeing them in Rome or Madrid, you see them in the setting of the original work. The sanctuary is small and humble with contents of appropriate scale so don't let your expectations run wild. The key here is how the sum of all parts, including Ceri itself, contribute to the whole of a special, rural Italian experience in the Lazio. With two restaurants and a small store, Ceri has provisions to restore your body and offers an experience to refresh your soul. A first-class B & B - Borgo di Ceri - is also available in town. Depending upon your plans, Ceri is a great addition to any tour of Etruscan sites in Cerveteri and Tarquinia. Located at "the end of the road," the area offers limited bus service and no train service. We rented a transfer service out of a Rome and had a smooth ride all the way. You can also drive your own car into town. Parking is limited but available. Santuario Madonna is small enough to enjoy in an hour or two but you may want to tour the fortress town for whatever part of the day you can spare. Ceri will likely be a memorable stop during your visit to the Roman countryside. 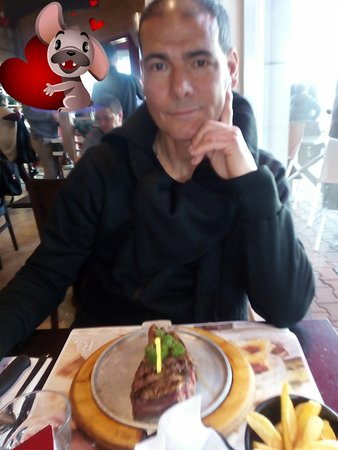 this is a beautiful ruin of an old tower that you can only reach by walking through a bird sanctuary/nature preserve. It's a few minutes walk outside of the town itself, but well worth the effort, and there will be no one else around. at least, that was the case when i did it. 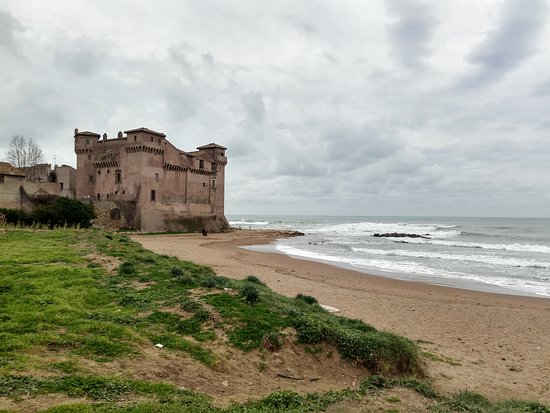 Small but interesting old castle, a museum inside of it, several shops with hand-made souvenirs, beautiful Gardens and antiques around the castle..
The place is interesting because it lays between two Beaches and the view is incredible from both sides!
Great place to stop and visit if you go to see the italian coast or passing by it.. This is not one of the World's better known air museums but it certainly should be. It has a comprehensive and beautifully presented collection of aircraft produced in Italy. Schneider trophy floatplanes, WW1 biplanes and a (surprisingly large) number of very competent looking WW2 fighters mix with large Italian transports and floatplanes. The location is the old Lake Bracciano seaplane base and retains a military presence - one entry leads to the military base, the second entrance (labelled for the museum) also leads to a military checkpoint but visitors are admitted for free, the car park was empty when we visited and it was a short stroll to be beautiful original hangers and new purpose-built hangers. The aircraft are beautifully presented with great opportunities for photography and interesting descriptions in English and Italian. A cafe and gift shop also take advantage of this beautiful lakeside location. Notable aircraft from other countries are also displayed - C-47 Dakota, Spitfire, Mustang - but it is the collection of rare Italian items that makes it unique. 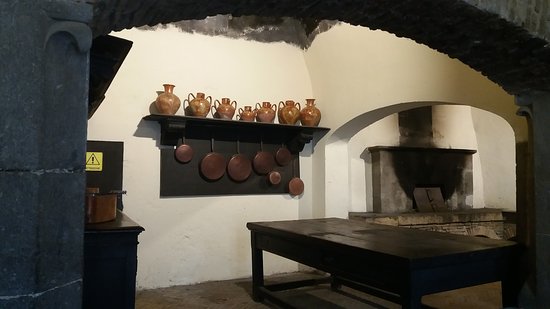 The Castello di Bracciano - a stone's throw from Rome - is one of the most impressive Castles in Italy, Europe and the world. Completed in 1485 by the Orsini family, around an existing 12th century Vico fortress, it is one of the few renaissance Castles in Italy that - thanks to the Odescalchi family - is open to the public. It also plays host to numerous weddings, galas and important cultural events throughout the year.

The castle has changed over the centuries (some original walls are still visible) with changes to particular time period and taste and has been restored (more recently?) without losing it's original character. Priceless furniture and paintings, All very well kept up. We've seen many Castles in Europe, this is one of the most authentic and "liveable" Castles. Used as museum and for functions but does absolutely not look commercial. Very impressive visit. Saw reviews complaining about the 8euro entrance fee, those people had no clue what they were visiting or how much money it takes for a family (still owned by Princessa Odescalchi) to maintain a gem like this. Views from the top are spectacular and great restaurants on the piazza below. 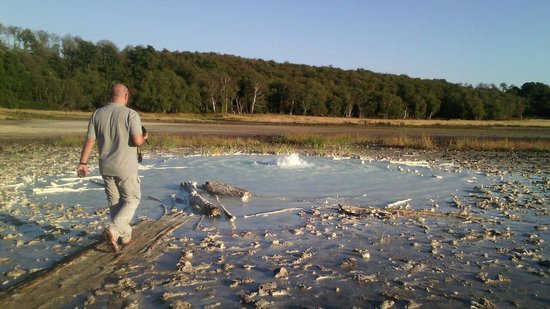 Once you leave the main road you need to keep following the road, although there are no signs and the road worsens, you will eventually come to a small parking area. There are some information boards regarding the nature trail you can follow, or just visit the Caldera. Most of this area has dried out over time, although there are still some small holes that are gurgling away. There are two main areas of interest where you can see the activity in these calderas. Admittedly this is not as spectacular as you will find in other countries, but still worth a visit as you wouldn't expect to find it in the middle of the Italian countryside. 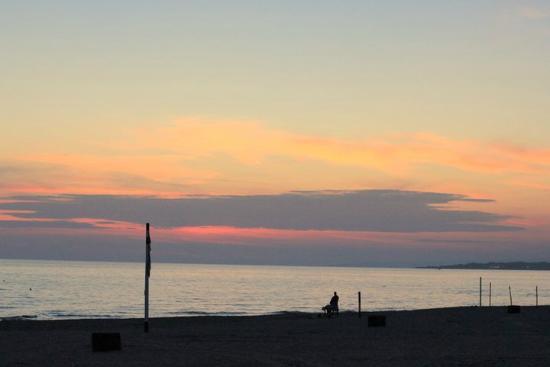 I have travelled in many countries around the world but few spots have given me the peace and the rest that Passoscuro Moai beach does. It is really amazing. Many elements contribute to a magic atmosphere: The friendship and courtesy of the People there, Emanuele, Michelangelo and all the staff, the good music (quality music not the commercial garbage other places play) the great food (at an affordable price), the fantastic design of the place itself ... The beautiful beach ...
At Moai Beach I had the chance to enjoy some of the greates sunsets, with a good glass of wine, Reading a good book, and thinking that life is great thanks to places like that.
There are times at Moai where ... a sense of magic ... fills the place. A magic vibe that touches the soul and give a sense of happiness just for being there.
I found it one of the greates place in the world and absolutely inspiring. It's a great joy whenever I can go there. Try it... You'll love it. 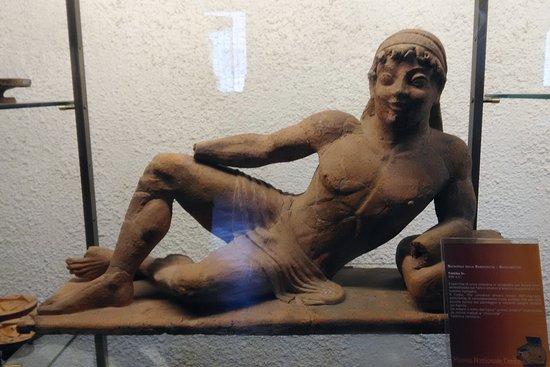 It is hosted in the fortress of the 1200, which was converted into a castle by the Orsini family in the 1400. There are displayed some of the artifacts from the Etruscan Necropolis of Monte Abatone, Banditaccia, Bufalareccia and Sorbo. In 2013 the new media path has been opened, and it is developed in four sections. Thanks to the installation of four 3D projectors it is possible to understand the history of the most famous art crafts of the collection. At the beginning the visitor is welcomed by a introductory video with the voice of Piero Angela describing the peculiarities of the museum. The works of art have a time spanning over nine centuries. Thanks to the multimedia animation, we can see the decorations of vases better and renewed, ancient myths, everyday life scenes, sport and religious cults are easy to be understood, the history of the object is understandable. it is the concept of the "Alive Museum" where the interaction between the visitor and the object is inverted, the museum is describing itself relating to the public in a unique new way, using new technologies and an easier accessible language.

Located in a castle just off the piazza, this museum has beautiful displays of Etruscan artifacts. Much of the explanation is in Italian. Worth visiting and plan to spend one to two hours here. Perhaps best visited AFTER seeing the necropolis.Thanks for your visit we look forward to another visit in Cerveteri 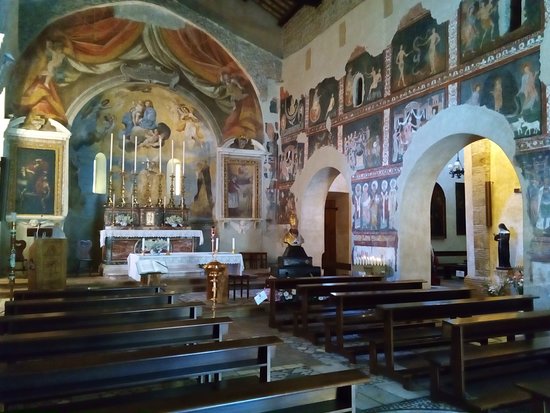 Reviewed By Stefano B