The Moravian-Silesian Region (Czech: Moravskoslezský kraj; Polish: Kraj morawsko-śląski; Slovak: Moravsko-sliezsky kraj), is one of the 14 administrative Regions of the Czech Republic. Before May 2001 it was called the Ostrava Region (Czech: Ostravský kraj). The region is located in the north-eastern part of its historical region of Moravia and in most of the Czech part of the historical region of Silesia. The region borders the Olomouc Region to the west and the Zlín Region to the south. It also borders two other countries – Poland (Opole and Silesian Voivodeships) to the north and Slovakia (Žilina Region) to the east.
Things to do in Moravian-Silesian Region 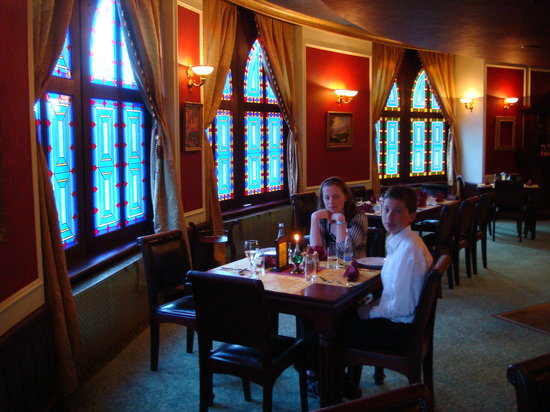 The best restaurant in morava or east cz. Very nice interior and pleasant people. Cook and owner worked in France, what more do you want? Meat are imported from Argentina France ect... and the food tasts awsome.. i do recommend!! Where can you get japanese tea ice cream home made????? 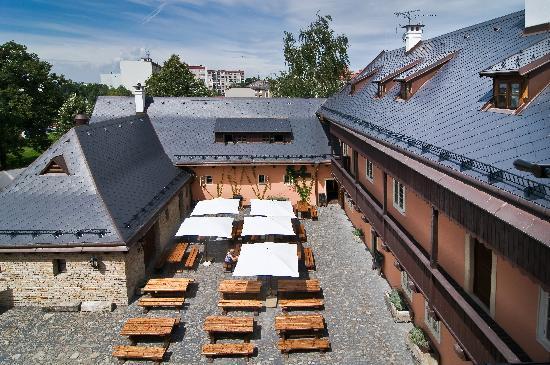 Surprisingly stylish restaurant and brewery in very unlikely surroundings. Don't let yourself discourage by the neighbourhood of this hotel, restaurant and brewery. The interior is very stylish, welcoming and pleasant. You can sit either in the brewery upstairs (open from noon) or restaurant (open evening). Both are nice and you get the same food in both areas. They serve genuinely czech food and they make their own beer. I can warmly recommend half dark "honey beer" - awesome taste, not to be missed! We had two different soups - broth and borscht. Both were excellent and so was the sirloin with cream sauce and dumplings - typically Czech meal on the highest level you can imagine. Sirloin steak with string beans, bacon, fries and pepper sauce was tender and tasty. We also loved apple strudel with vanilla sauce. Reasonably priced, quick and helpful service. I can warmly recommend this restaurant to anyone travelling to Ostrava or nearby. Definitely worth a detour! Reservation is recommended.

Ordinary restaurant, simple wooden table without tablecloths.Rather homely, less elegant. Restaurant served Czech and Silesian food. We did not check prices before entering, but nothing predicted it would be such expensive (we are often in Czech). We ordered one of the cheapest dishes: fried cheese...MoreHello thnak you for your review. Two things: 1) you order the beef meat 2) you pay 40 euro (10 euro / 1 person ) . It is really expensive? 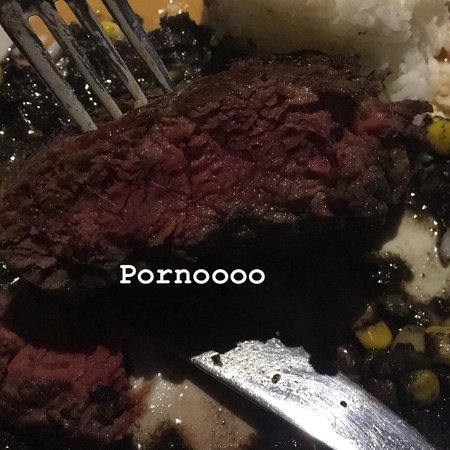 Located in a building close to he Imperial Hotel, this restaurant is quite large and nicely decorated. We tried mixed starters with Guacamole, Beef tartar, Fish salad and Plums in bacon. All were tasty. For the mains we also have a mix of different dishes from enchiladas, fajitas to steak. Service was good and prices affordable 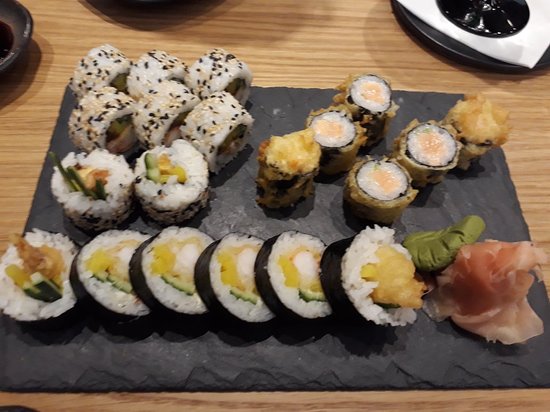 In Gokana we try to align Japanese culture with unique spirit of Ostrava. In our interior you can find details reflecting local region combined with modern minimalism and clear lines typical for Japanese Feng-Shui style. With us, you can not only enjoy a traditional Japanese cuisine such as sushi, but also experience modern, gourmet cuisine inspired by global trends. In order to serve you really good food, we place great emphasis on the freshness of our ingredients. Most of our fish and seafood is brought to Gokana overnight from fish market located in Hamburg. We really hope you will find the best of our menu and that you will enjoy your luxury dining experience with us. That way Gokana will live up to its name - as ,,gokana" means luxury in Japapanese.

This is truly excellent, and unexpected (in Ostrava). Friendly service and excellently prepared sushi and sashimi and other dishes. Fresh and tasty. Highly recommended. Healthy food too - which you cannot always claim in the Czech Republic. 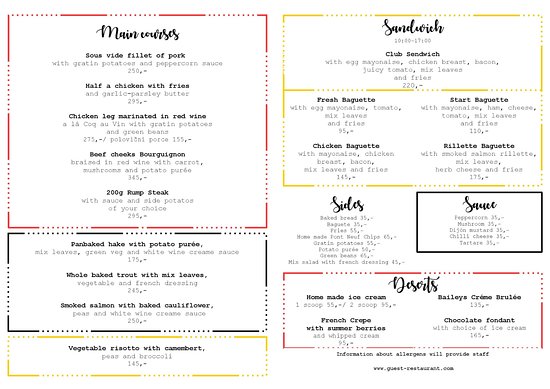 For the visit in restaurant, we ordered a 10-course degustation menu and we were more than satisfied. When it comes to food, I must say we had worse things in Michelin restaurants. Everything was excellent, taste and food design, all simply great. So when it comes to kitchen, I would say it is a top in Ostrava and one of top in Czech Republic. Unfortunatly, service is not on the same level. It was good, just not perfect. For me as a wine lover, the wine list is a weakest point in the restaurant. On the other hand, restaurant offers an option to bring your own wine and pay the corkage fee. We can strongly recommend to visit the restaurant. We will come back for sure. 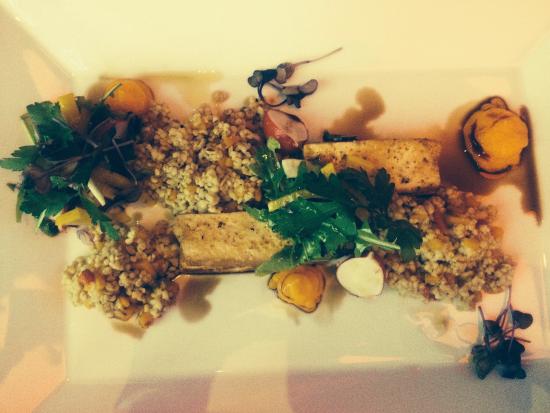 Carbon (although not in the nicer neighborhood of Frydek-Mistek) offers probably the best meals and staff attitude in Moravian-Silesian Region for more than affordable price. Only 20 minutes from Ostrava via highway, direction Frydek-Mistek. Probably my best eating experience in the Czech Republic ever (all my three visits during last year were equally perfect).. 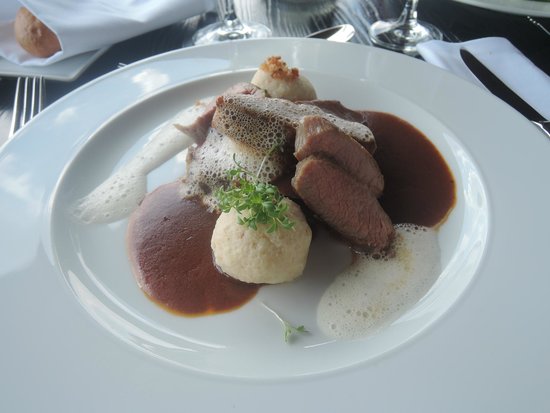 As a resident of bali, i am always trying out the newest restaurants. also an added plus is that Miura is literally down the street from my home. the fact that i have been to Spain many times and am a huge fan of tapas... i was going to be a tough customer ...as it's impossible NOT to compare from one's past experience.
well... we were blown away, we dined only on the pinxos...but all were delicious ! also both the owners Tino and sebastian came to our table to inquire if all was okay and to take care and offer suggestions. we also learned that the chef is basque and all the dishes were via recipes from his grandmother. the sangria was also wonderful. ALL was perfect.
the decore is great and there is an abstract replica of picasso's GUERNICA that is amazing.
Now i am referring Miura as a must DINING experience...and in the words of arnold...i definitely WILL BE BACK ! 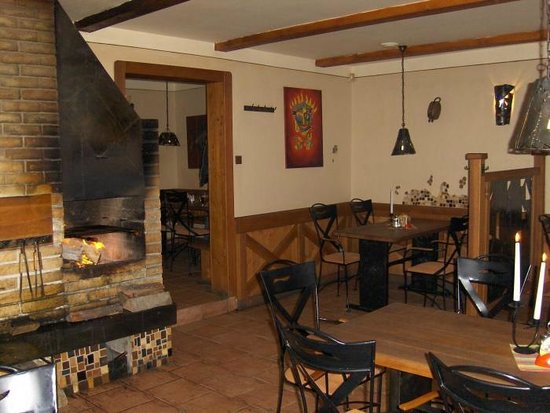 My girlfriend was quite crossed today and literally anything triggered her. Even my perfectly safe driving style. Yet, after we finished the our meal and coffee in this restaurant she was once again all smiles. Next time it's ribs in rose hip sauce, that's for sure.
(Ok, the staff could have been nicer and at least smiley, the coffee was also no miracle, but the food and the ambience were great - we are just freakish freaks about anything with marine themes - and in the end it's the feeling when you're leaving that counts most, isn't it) 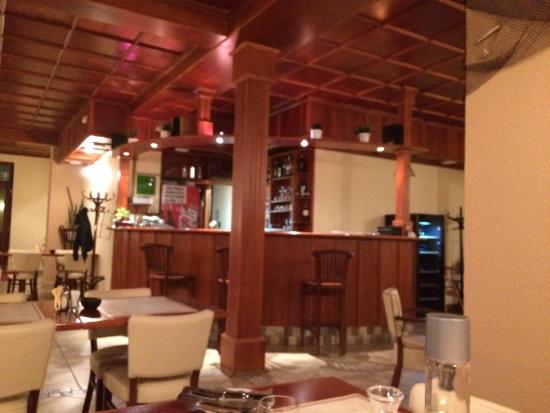 We like this restaurant. Their Greek cuisine is very good and staffs are always nice, professional and helpful. But what is absolutely fabulous there are their Deserts! They're worth trying, you can bet. The only negative point for me is that it is not a totally smokeless place.