Top Things to do in Midland

Founded in 1878, Midland is one of the main towns in southern Georgian Bay and provides notable historic sites of interest. Some of the most popular sites include the Jesuit mission of Sainte-Marie among the Hurons, which has been turned into an incredibly accurate living museum that depicts missionary life in the 17th century. Bring your camera to the Roman Catholic Martyrs' Shrine which commemorates five missionaries from the local area who were martyred during the Huron-Iroquois wars. Animal lovers and families flock to the Wye Marsh Wildlife Center located on 3,000 acres of wetlands, fen and forest.
Things to do in Midland 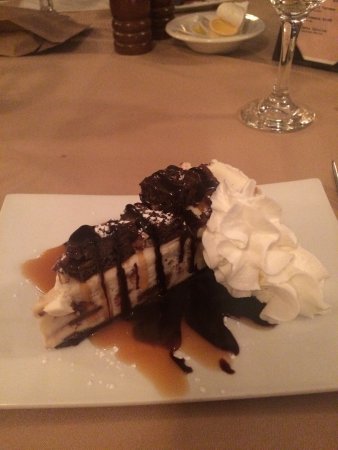 This is a family owned, operated restaurant. Definitely not nouvelle cuisine ... just old fashioned place, with table cloths and candles, meat and potatoes entrees, but well prepared and served by friendly wait staff. We have never had a bad meal here.
Not much of a wine selection 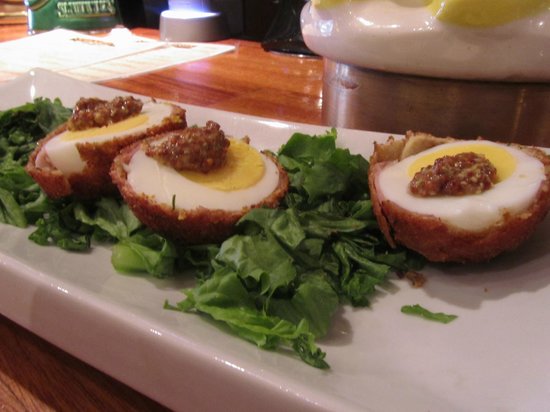 Love how this unique restaurant is tucked back behind the shops on King St. (Not the same alley as Explorer's, but the next one towards the harbour.)
Excellent food, I had a Shepherd's Pie, great flavour. My two teen boys had 1/2 price chicken wings and enjoyed them. Lovely interior and atmosphere, you would think you were in Ireland. Love the ceilings and light fixtures.
Same prices as anywhere else, good portions, great flavour, great atmosphere.
Good selection of beers and ales.
Recommended if you enjoy a pint while you're in Midland! We recently dined at Henry's and as always we were totally impressed with the entire evening. Jenna our waitress was the epitome of professionalism, congeniality and all around superb service. She possesses a wonderful disposition and she is GENUINE. My wife had the pickerel and I had the hot beef. Both meals were exquisite and very tasty. We watched the sun set on a beautiful August evening and totally enjoyed our experience. This is a most definite place to eat should you be visiting the Heart of Georgian Bay. Kudos all around! 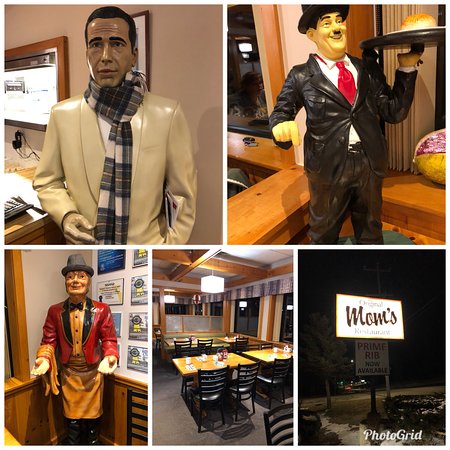 I made a dinner reservation well in advance of Thanksgiving for a group of friends and myself for thanksgiving dinner. What a disappointment. We were told that our table was only allowed 5 Turkey dinners! We went there for Turkey dinner as friends who were there last year raved about it. I ended up having sole, and it was terrible. Dry, no taste, gob of egg on the bottom, mashed potatoes were cold and lumpy and the veg was a mix of squash and turnip that was mashed ... most of us did not like it. I went back a second time with 2 friends and again I was very disappointed in my food and I will not be going back again. My 2 out of 5 rating would be for the food (which is why we went there in the first place, right?). Service, ambience, wine selection and price points, however, would deserve top marks based on our one and only visit there.
So, about that food: I ordered chicken satay and my wife the mussels for apps. My satay was quite good. The mussels, however, were anemic shrivelled up little things and certainly not the plump delicious creatures we experienced in PEI just a few weeks ago. The curry sauce was way too aggressive for such delicate little things and the baguette was very weird in that it had the look and feel of freezer burnt bread but from the inside out.
As mains, I wanted the Sea Bass only to be told they had none due to a “menu change”. OK. Fair enough. Take it off the menu, then. I settled for the stuffed pork tenderloin with brie, bacon, onions. My wife went for the seafood linguine..
The linguine had shrimp (good), scallops (lousy, rubbery little pucks) and more of them low grade mussels. The dill cream sauce was just not pleasant (there are so many ways to prep seafood pasta...dill should not be a 1st choice, IMO).
My pork tenderloin was not the preferred centre part. Rather, I got both ends (lucky me). That is, the stuffed “big end” and that flat other end that cannot be stuffed. Both were quite over done and very dry. The stuffed end, where stuffing will naturally try to ooze out, had minimal Brie, a few onions and no hint of bacon. The mashed spuds looked promising but were way under seasoned. The veg were totally forgettable. Not a well executed dish by any means.
So there you have our 1st experience at Explorers restaurant. We were expecting far better than what we got But would give the place another try if/when we are back this way (it is an interesting looking place after all.)

Friendly staff, long line-ups at most times but especially around lunch time, but it moves quickly. Dino and Suzanne have hard-working staff who seem to enjoy their work and smile a lot. Plenty of Seating, including some outside on King Street in warmer weather.

o is Ciboulette et Cie." Remember the vibrant flavours and a home-cooked meal? Though Canadian families have grown increasingly busy, few of us have forgotten how delicious a home-cooked meal can be. But who has time anymore? Ciboulette et Cie is here to help. We combine superb culinary skills with a passion for fresh, local, hand-picked ingredients to bring the home-cooked meal to your table. All you have to do is sit and enjoy with family and friends. Our concept is simple: We find as many quality, locally sourced ingredients as possible then transform them into delicious, ready-to-eat take-home meals. Whether a family dinner on a Wednesday evening, a gathering at the family cottage, or a romantic dinner for two, we are there to contribute to the experience. Our Commitment Ciboulette et Cie (Chive and Company) is rooted in the community. We create partnerships between producers, farmers, and chefs so that you can enjoy the best our region has to offer. Just like the old General Store was at the heart of the neighbourhood, so too is Ciboulette et Cie. We believe ‘Local’ is more than a trend. Like us, it is here to stay. We have deep roots in this community and we believe your food should too. Unlike a supermarket, or a single-aisle store, we can tell you where your food came from – and chances are it&apos;s just up the road. By shopping locally and preparing our ingredients and meals right here in our store, we are ensuring that that the environment and local economy will benefit just as much as you and your family. So come in to our kitchen, and bring something home to yours.

Great little restaurant. Good fresh food. Pleasant staff. Best ginger cookies ever! In the midst of moving to a new location but still good eats at their temporary spot. 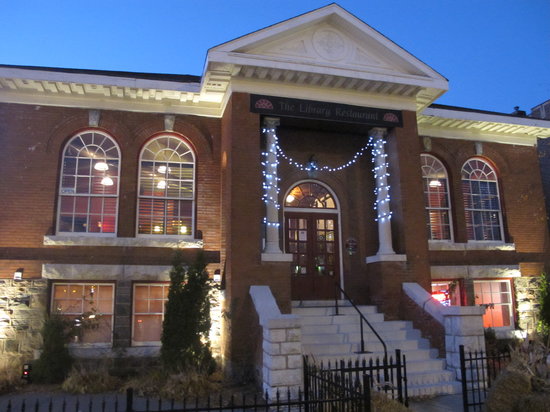 Tuesday tasting evening was excellent. You need to book as the restaurant gets filled very quickly. Tables not crowded together. We were given half a glass of champagne (Prosecco), but you can buy beer, wine and spirits. Seven tasters, all well presented and excellent. Evening costs $38 each but well worth it. We had never been here until our friends recommended it,and I am sure we will return. The wine list is superb. The kale salad was excellent. Please order something with the in store made sausage. You won't be disappointed. Service was prompt and friendly and they were great at making suggestions. No doubt, one of the finer Italian meals we have experienced. 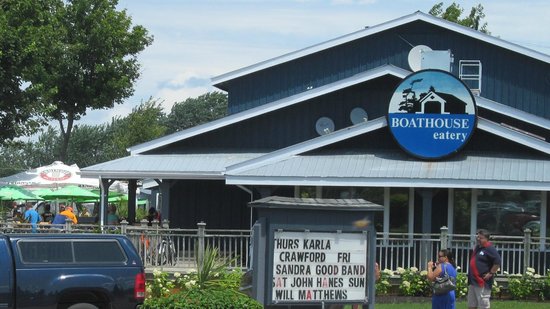 The Boathouse Eatery is located at the town Docks overlooking beautiful Georgian Bay. With numerous areas to sit from inside dining, outdoor patio, upstairs private dining, we&apos;re sure you will have a favourite section. Our upstairs dining room is great for private bookings of parties of up to 45 people. Open for lunch and dinner seven days a week and live entertainment every Friday & Saturday night. One of Georgian Bay&apos;s best waterfront restaurants.

We do a lot of staff dinners/Lunches at various places around Barrie/Midland area. This was our first visit at The Boathouse Eatery and it won't be our last. Great atmosphere, great menu options, the food was delicious, the prices were fair and most importantly the service was excellent. Our server Heidi was friendly, knowledgeable about all our options and on top of everything we needed. Again, we will definitely be back!