Korissia (Greek: Κορισσία) is a former municipality on the island of Corfu, Ionian Islands, Greece. Since the 2011 local government reform it is part of the municipality Corfu, of which it is a municipal unit. It is in the southern part of the island. It has a land area of 27.675 km². Its population was 4,775 at the 2011 census. The seat of the municipality was the town of Argyrades (pop. 660). Its largest towns are Perivóli (pop. 1,378), Argyrádes, Petrití (663), and Ágios Geórgios (503).

The restaurant is located at the top of a hill, offering you a great view to the city of Korissia. It has a very big open space Terrace with local stone architecture,and an open kitchen.The kitchen is very clean, as a surgery room!We had beef steaks which were grilled as requested, juicy and delicious.Please have in mind when ordering, that they serve very big portions (one steak can serve 2 persons) 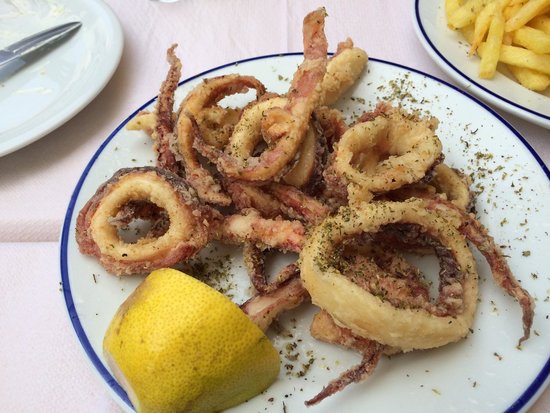 This seems to be the most popular of the restaurants lining the Korissia waterfront – and from our own experience, deservedly so. It’s a traditional Greek taverna, complete with a great atmosphere generated by its amiable and jovial host, good and plentiful basic food and wine – all without any pretensions, and at quite exceptional value.

Greek food,seafood,local dishes by the sea!

This restaurant not only offered good food and service, but did so in a setting that is to die for. We were centimetres from the water's edge, the sun dropping below the horizon and a calm warm night, ingredients to hunt hard for. The grilled prawns were the standout main. The photos on the listing highlight the outlook. Worth a visit. 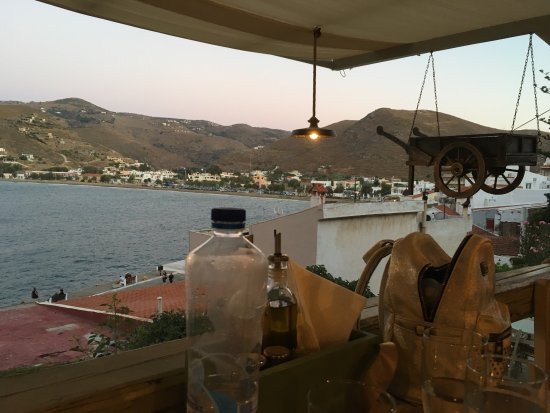 Although the menu is the typical Greek template, the food served here was the best we had on Kea island. It took longer to prepare but tasted as though it had been prepared individually. Try the mushroom starter, the stuffed pepper starter and the fried feta with honey (hard to imagine but it's delicious). Have a few starters to share. We had sardines and a couple of meat dishes - all good. The fries are also home made - whereas we found all the other restaurants were using pre-cut frozen versions.
Super service and a fantastic view over the harbour. Quiet but with a good atmosphere. Seemed to be popular with Greeks. Access is just up some steps alongside the church opposite the ferry port. 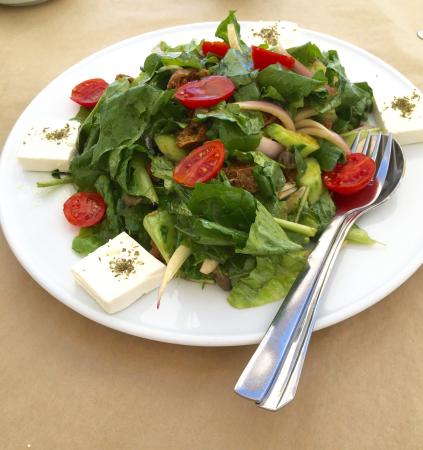 The Magazes restaurant is located in Korissia, the main port of the island of Kea (Tzia) in Greece. We serve fresh sea food, including grilled fish, fish soup and lobster pasta from lobsters caught daily by our local fishermen from the beautiful blue waters of Kea. Enjoy our selected grilled and roasted local meat products and many traditional Cycladic dishes.

It was too expensive. The food was not good. Our vegetables were way too cracked- not eatable, our shrings were burned and we could not even remove shell, and "gemista" was not eatable. Talagani chease was also nothing in taste. We only liked greek salad......MoreThank you for your coming. It seems funny that you didn't like anything even the talagani.... Your plates were all eaten up to the last bite and we were not told of any problems. We would cancel any plate that you would not enjoy. 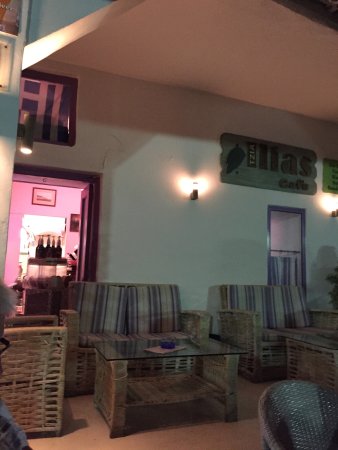 We stopped in for a quick lunch. They have mostly sandwiches. You can pick your bread, meats, etc. we had a sausage Sandwich with Cypress bread. It was good. Good service and prices. 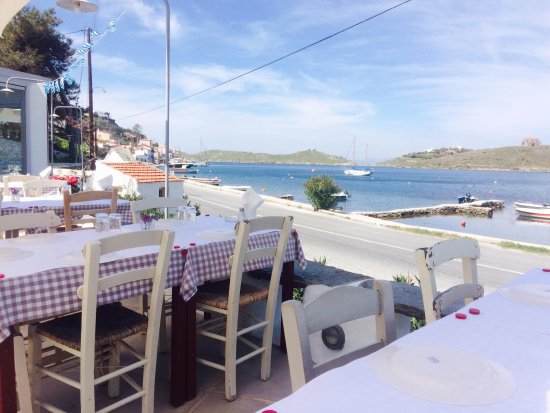 Visited it the last night of our holidays. Unfortunately though, because it was excellent! The owner, Mr. Argyris was very polite and helpful. The waiters were very assisting as well. Food was..... just perfect. We had fish and our boys had meat.
The sweets were home made.
Definitely it is a must to go there. 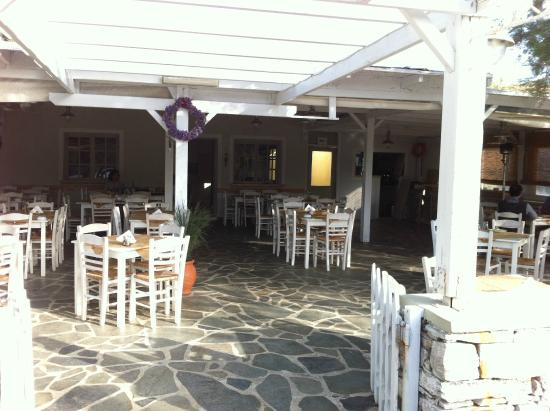 I was there with a friend in mid September, they unfortunately had only half of the dishes we wanted to order (as it was the end of the touristic season) but the ones we ordered instead (prawns, sardines, local veggies and dolmatis) were really delicious so I was much happy too have fewer options but fresh ones, very well prepared and homemade!! :) 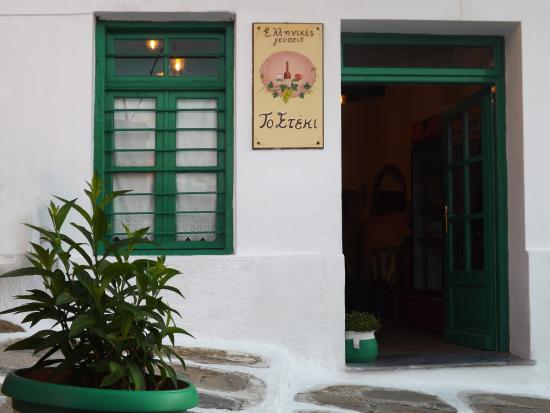 Our Chef, with 35 years experience, invites you to savor the unique Greek and Mediterranean dishes she creates. All her dishes are prepared from home-grown or locally-sourced produce. Enjoy, for example, our fine goat in lemon sauce or rabbit in beer. In one of Kea&apos;s and Ioulida&apos;s most beautiful locations, follow the steps towards the Lion and you will find us, "To Steki". Make your Reservation!

To Steki in Ioulida, Kea is (in our opinion) the best traditional Greek restaurant on the Island. The food, cooked by Ritsa, is amazing. We love everything but particularly the stuffed aubergine rolls, the meatballs, saganaki cheese - I could go on.... Giannis, the proprietor, and his staff are extremely friendly and helpful, always happy to explain dishes. If he is not too busy (which he often is), he is happy to suggest places to visit and the best Beaches for swimming. We never miss the opportunity to eat at To Steki, when we visit Kea. 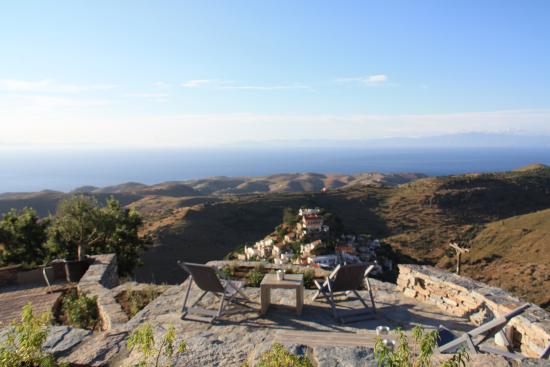 We came here for lunch after driving around the island and we weren't disappointed. This is truly a beautiful spot amazing views and wonderful food.
Very relaxed atmosphere and brilliant service... chilled.
You must try the pork and leek filo pies they are just sensational and the house white is not overpriced and delicious.
If you're in Kea this place is a must. Loved it.