Top Things to do in Chambersburg

The 7 Best Things to Do in Chambersburg, United States

Chambersburg is a borough in and the county seat of Franklin County, in the South Central region of Pennsylvania, United States. It is in the Cumberland Valley, which is part of the Great Appalachian Valley, and 13 miles (21 km) north of Maryland and the Mason-Dixon line and 52 miles (84 km) southwest of Harrisburg, the state capital. According to the United States Census Bureau, Chambersburg's 2010 population was 20,268. When combined with the surrounding Greene, Hamilton, and Guilford Townships, the population of Greater Chambersburg is 52,273 people. The Chambersburg, PA Micropolitan Statistical Area includes surrounding Franklin County, and in 2010 included 149,618 people.
Restaurants in Chambersburg 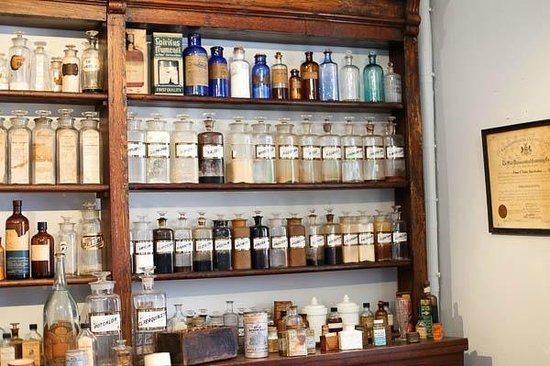 The Franklin County Historical Society – Kittochtinny is a non-profit organization, founded in 1898 to collect, preserve, and make available to the public materials relating to the historical development of the Cumberland Valley, its people, and, even more specifically, to Franklin County. It offers the use of its library and archives to both the serious researcher and the general public during hours of operation. The Society is responsible for the Old Jail museum, the John Brown House, the Brown’s Mill School, the Chambersburg-Bedford Turnpike Tollhouse and the Carrick Furnace. The jail was built in 1818 and survived the burning of Chambersburg by the Confederate Forces in 1864. This building of Georgian design is one of the oldest in Chambersburg and was placed on the State and National Register of Historical sites in 1970. During more than 150 years of use as a prison, The Old Jail housed numerous local criminals, including “Lewis the Robber,” and Captain John Cook, one of John Brown’s men who was captured after the unsuccessful raid on the Federal Arsenal at Harpers Ferry. The cellar contains five domed dungeons with rings in the walls and floors that were used to shackle recalcitrant prisoners. Tradition suggests that these cells were also used as a way-station on the “Underground” railway to shelter runaway slaves enroute to freedom in the north. The Old Jail complex consists of the original building erected in 1818, an annex built in 1880 and a yard enclosed by a 20-foot high limestone wall. Several rooms of the original jail and part of the newer cell block comprise a museum of historical artifacts from Franklin County. The visitor experiences the story of the jail through interpretation and learns of the history of crime and punishment in the Cumberland Valley. The John Brown House (Ritner Boarding House) was where the famous abolitionist boarded during the summer of 1859 under the alias of Isaac Smith. During this time, weapons were secretly secured and plans furthered to seize the arsenal at in October 1859. The Society was able to purchase the John Brown House from the Pennsylvania Historical and Museum Commission in 2002 through the generosity of Dr. W. R. McElroy and family. The John Brown House was rededicated and opened on May 2, 2009 as part of the 150th Anniversary of John Brown’s raid on Harpers Ferry. The John Brown House was listed on the National Register of Historic Places in 1970. The John Brown has been restored with period furniture. One visitor remarked that if John Brown came to Chambersburg today he feel right at home at the Ritner Boarding House.

Had a wonderful visit at the Old Jail. Admission was reasonable and we included the visit to the house where John Brown planned the raid on Harper's Ferry. Our tour guide was very nice and very informative. She went with us to the next stop and again the tour was informative. A surprise in the court house and old jail was a display of wedding gowns through the years too. Tour takes about an hour. Worth putting on your agenda if your visiting Chambersburg. My wife and I with friends enjoyed a bit of wine-tasting today at Jan Zell Wines. We had a great time and several of the wines provided us with pleasant surprises. Just had to come home with some of their Summer Days and Blackberry!Hello Bill, So glad you had a good time while visiting with your wife and friends. This winery experience is so rewarding, especially when people such as yourself have a great time. Thank you for the review. 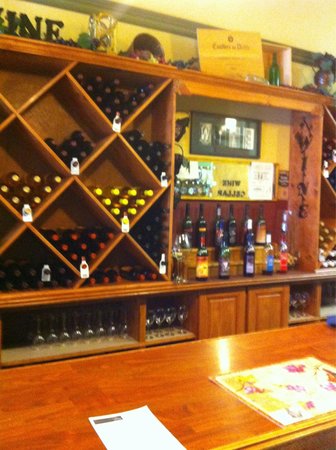 This small winery is located just off of Rt 81 so it makes a quick off and on stop to enjoy their wines. Wines are reasonably priced. All wines except for the special Christmas wine and the 2 dessert wines were under $20. There is something for everyone's taste from dry to sweeter wines. The woman at the counter was very pleasant and chatty which is what you need in a set up like that. There is metered parking with a quarter getting you plenty of time to taste the wines. Some wines were sold out since they were at the Apple Festival but that is certainly a good thing because that means other people found their wines just perfect. 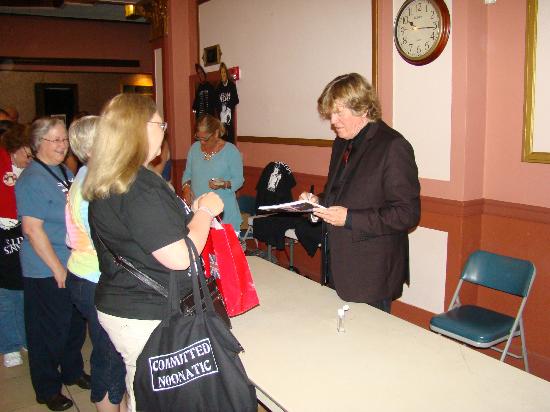 I was able to get a ticket to see "The Scrooge" the Xmas play. They have renovated the theatre since my last visit. It is pretty nice inside now. They have a small concession stand inside. The set that they used was hand made from scratch. The actors were very good for a local play. The staff at the theatre were friendly and helpful. I will try to go and see more shows in the future if they have something I would like to see. Parking is okay. Either behind, across the street or at a local shopping center nearby, depending on the crowd. 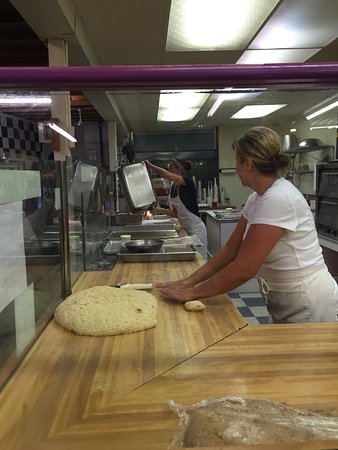 Great food, butcher shoppe,cheese shop, candy, soaps, natural products, pastries, pretzels...this place is a fun stop,Friday's and Saturdays only. If you're in C Burg check it out, you won't be disappointed! Martha's kitchen has bomb diggety meals too, including breakfast!

Franklin County Visitors Bureau helps you discover all the wonders and beauty that Franklin County has. Home of many historical sites, such as the Underground Railroad and Civil War history, tourists can take advantage of the American history in Franklin County. Franklin County brings you in with an old fashioned hometown appeal, seasonal beauty, and year round recreation for your enjoyment. It is also a short distance from historic Gettysburg, Pennsylvania and Hagerstown, Maryland. Take some time and explore Franklin County for yourself.

Reviewed By Lewis B - Shippensburg, Pennsylvania

If you are new to Chambersburg or just passing through, you need to stop by.. Lots of things to explore and learn about the area

The Heritage Center & Gift Shop is a great place to explore the history and culture of our area. You'll also find local gifts and souvenirs from Chambersburg. We focus on five areas of historical merit in Chambersburg and Franklin County to highlight our distinctive history. There is also a children's activity room and walking tours available by scheduling in advance. The gift shop includes books about local history, Chambersburg peach souvenirs, postcards, T-shirts & clothing, movies, mugs and much more. Local 11/30 items commemorating Chambersburg's location at the intersection of Route 11 and Route 30 are also available. It's a great place to shop for unique birthday, holiday, graduation or other presents for both residents and out-of-towners.

This is the address used for the annual Chambersburg Ice Fest in late January or early February depending on the calendar. The Heritage Center is across from the courthouse and on the square. The center has exhibits and a small souvenir shop. The ice fest has about 70 ice sculptures with about 8 huge ones. They line them up out over about 4 city blocks on both sides of main street. Usually have two large ice thrones for pictures to be taken in, huge wishing well and other huge ones located around the square. They have food trucks, kettle popcorn and local restaurants. They have a chili cook off, polar dunk plunge in front of the courthouse. Overall a wonderful experience.