Top Things to do in Chambersburg

Most Popular Restaurants in Chambersburg

Chambersburg is a borough in and the county seat of Franklin County, in the South Central region of Pennsylvania, United States. It is in the Cumberland Valley, which is part of the Great Appalachian Valley, and 13 miles (21 km) north of Maryland and the Mason-Dixon line and 52 miles (84 km) southwest of Harrisburg, the state capital. According to the United States Census Bureau, Chambersburg's 2010 population was 20,268. When combined with the surrounding Greene, Hamilton, and Guilford Townships, the population of Greater Chambersburg is 52,273 people. The Chambersburg, PA Micropolitan Statistical Area includes surrounding Franklin County, and in 2010 included 149,618 people.
Things to do in Chambersburg 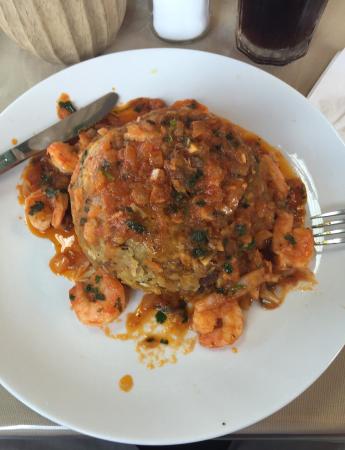 I wanted to try so many things on this interesting menu! I wish I lived closer and could return. The chicken dish I tried was excellent. Not much on the menu for vegetarians, but my dining partner talked to the cook and was served an excellent meal. 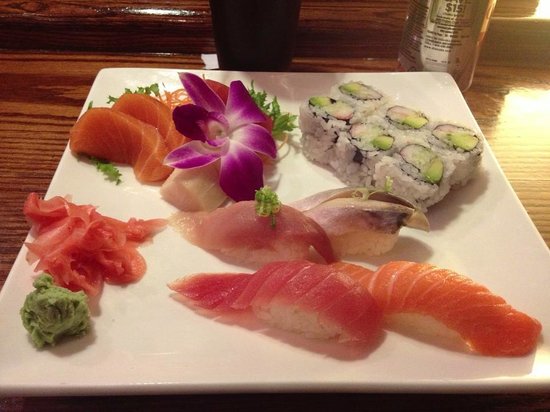 Reviewed By Lewis B - Shippensburg, Pennsylvania

This is my wife's favorite place to eat. We love it here, small, quant place. Always busy. The people that own this place always makes us feel welcome and right at home.

never had a bad meal here. We come here at least every other month 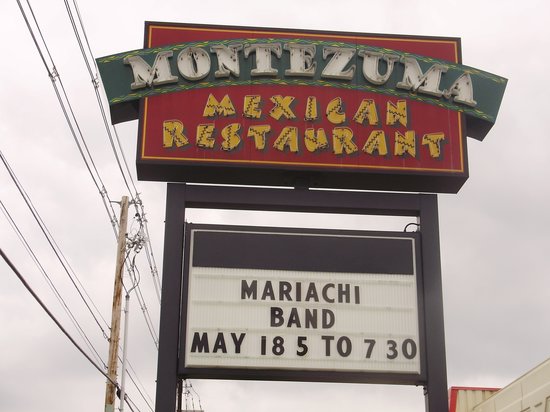 I was looking for some mexican cuisine while traveling down I-81 and found Montezuma conveniently located off the interstate with good reviews. We arrived around 630 on a Sunday night and were seated immediately. Waiter brought out chips and salsa almost immediately and took our drink order. Both my son and I ordered burritos and everything was very good. Only complaint would be that they could freshen things up a little as there was some loose and missing trim and things just seemed dated. 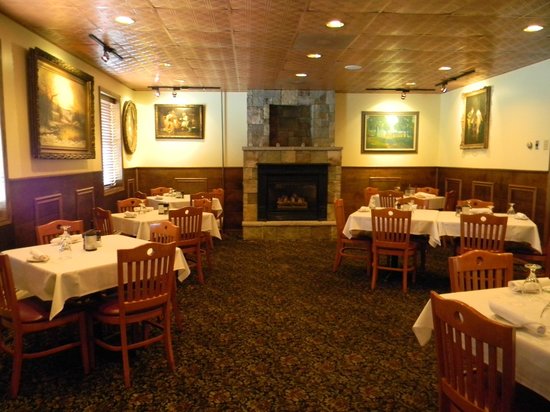 For over 50 years the Copper Kettle has been serving the areas finest steaks, famous Prime Rib and seafood. Add to that the famous Copper Kettle Lounge and great friendly service, and you know why the the Copper Kettle is the area&apos;s first choice in casual fine dining.Come join us for a wide selection of food and beverage. Our private dining rooms offer you a chance to have a great meal in a secluded setting. Great for that special event or company meeting.We offer a diverse selection of fine wines and domestic and imported beers for your enjoyment in our comfortable lounge. And our non-smoking establishment offers everything you need for a relaxing evening

We picked up dinner here--didn't dine in. It was absolutely delicious! And they got the order right! They only forgot the utensils and napkins. The salad was fresh, steak cooked to perfection, everything that was supposed to be hot was hot. I had chicken with crab meat and asparagus. Moist and tender! The kettle potatoes are delicious. They sounded a little disorganized on the phone so I'm not sure how the service would be in the restaurant, but I highly recommend this place. Yum! 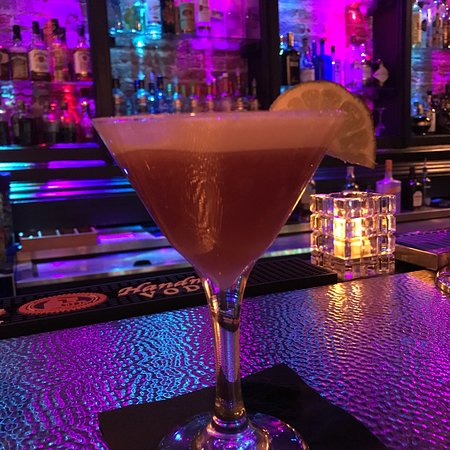 On a recent trip to Chambersburg we treated ourselves to lunch at Bistro 71. And it WAS quite a treat. Service was attentive but not intrusive, and the luncheon salads..with salmon...were perfection. We shared the mussels appetizer which was prepared in a tantalizing sauce. Wish there had been room for dessert. Wish we had time to return for dinner. We'll definitely have this place on our bucket list.... 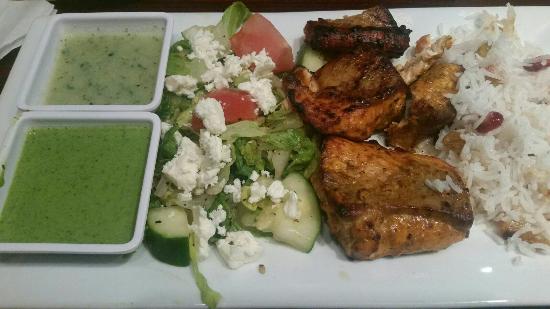 Reviewed By Mike B - Chambersburg, Pennsylvania

I and a very attractive lady went for early supper on a sunny day. We both had the Salmon Kabab Veggie Roast with Rice, Salad and Naan (soft flatbread). Delicious! Salmon was a big hit! Fresh food done with very nice, tasty marinades. Prompt, courteous food service.

Some other selected items: 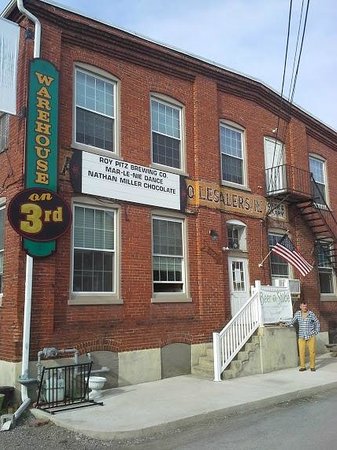 Roy Pitz is a craft brewery and tap room in Chambersburg, PA offering a wide variety of german inspired craft brews along side our Beer Stube, a 100 seat restaurant and bar offering live music, food and retail beer sales and all our liquid art available to be consumed on site at the brewery. We offer a full menu that embodies the Roy-Pitz spirit of classic favorites with an artistic twist. We pair our menu with our award-winning Liquid Art to unique combination of culinary and liquid artistry, local ingredients, all in a social and relaxed environment. The Beer Stube features live music as well as trivia and events throughout the week.

Who doesn’t love good, fresh craft beer?
Roy Pitz offers it on tap, bottles and growlers.
Our family loves to stop in every time we visit Chambersburg.
Now, fine tune your expectations: it is a bar/brewery.
That having been said, the food is surprisingly good.
Their grilled-cheese is super rich, melty and filling.
I like the Reuben and the burgers.
So if you go in with the right expectations about the food, Roy Pitz will meet them.
The one area where they continually fail to deliver is service: it’s not bad enough to “never return”, but it always leaves something to be desired: a server with no recommendations, slow, lack of attention or warmth.
So order a tall beer, drink up and take the rest as it comes...
definitely worth a visit! 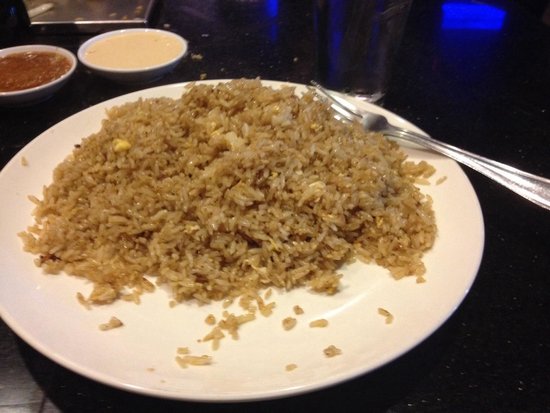 First of all, I think that the experience at Aki depends entirely upon the talent and personality of your chef. Each hibachi table has a separate chef, and a separate experience. Our experience was very good. We ordered hibachi shrimp, and also hibachi scallops. The accompanying fried rice, vegetables, the shrimp, and the scallops were nicely cooked and plated. The little sideshow provided by our chef was well done, too.Portions were good and the food was really delicious. No complaints at our table. We shared the table with a group of 6 other people. They had been at Aki before. All of us interacted well and enjoyed the show and the meal. I didn't ask the name of our chef, but he was worth a return visit. We each had a glass of wine, which was a good pour and good value. Plenty of parking on location in a strip mall off of Walker Road, near Norland Avenue. There is a separate dining room and seating at the sushi bar if you so desire. 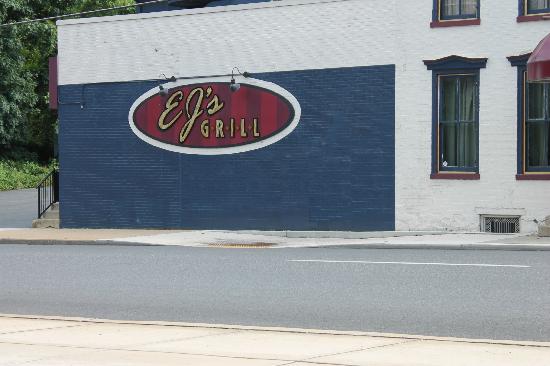 Have been wanting to stop here for some time, the prices listed on the website were always a deterrent. Since it's the holidays, a friend and I decided to splurge a little and even though we got there a little later than we normally eat out - they were very accommodating. They asked if we had reservations and of course we didn't since it was a last minute decision. So I'm guessing it's best to have reservations. The food was very good and service was also. The only reason I'm not giving 5 stars is I honestly didn't think the food was a 5 star restaurant style food for the price and service was a tad slow. (but as I said, it is the holidays and they were busy) If I could do 4 and a half stars - I would. 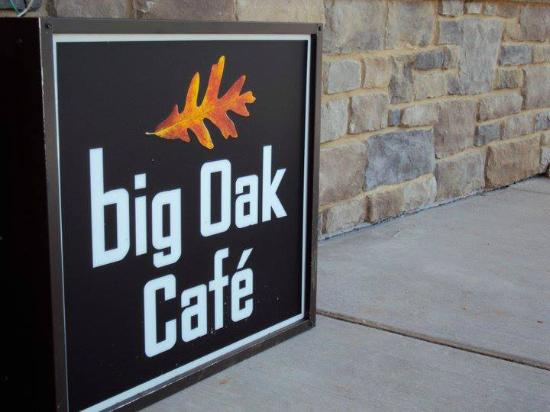 Reviewed By Mike B - Chambersburg, Pennsylvania

July 13th, 2197. I stopped in for lunch with a very attractive lady. I ordered the half Royal Sandwich, baked ham, tomatoes, mozzarella, lettuce and balsamic vinaigrette on a roll. The lady had the half Serendipity Sandwich, avocado, tomato, bacon, american cheese, and an original dressing. As the Germans say,'Mittagessen war koestlich!" Lunch was delicious! Auf Wiedersehen! We will see you again!