Top Things to do in Republic of Karelia

Top Restaurants in Republic of Karelia

The 10 Best Things to Do in Republic of Karelia, Russia

The Republic of Karelia (Russian: Респу́блика Каре́лия, tr. Respublika Kareliya, IPA: [rʲɪˈspublʲɪkə kɐˈrʲelʲɪ(j)ə]; Karelian: Karjalan tazavalda; Finnish: Karjalan tasavalta; Veps: Karjalan Tazovaldkund) is a federal subject of Russia (a republic), located in the northwest of Russia. Its capital is the city of Petrozavodsk. Its population in 2010 was 643,548.
Restaurants in Republic of Karelia 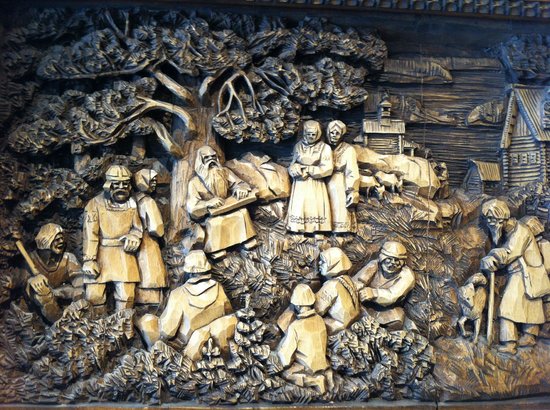 In the Kronid Gogolev art museum presented a collection of sculptural relief, which the artist created for 30 years. His unique works are presented in the main exposition, on the second floor there is the second part of the museum collection - this is the graphic works of Kronid Gogolev. Also, you can visit our Workshop and buy exclusive souvenirs or have participation in master-classes with our masters. 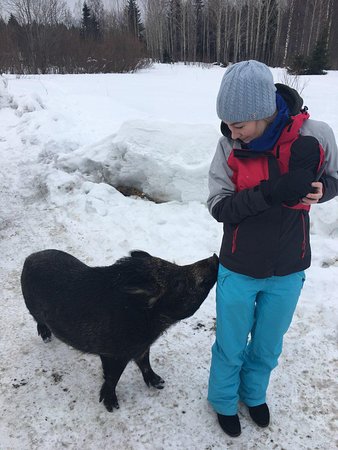 Marble mine park Ruskeala is one of the most outstanding and wonderful places of Nothern Ladoga Lakeside as well as the only complex natural landmark in the mining history. 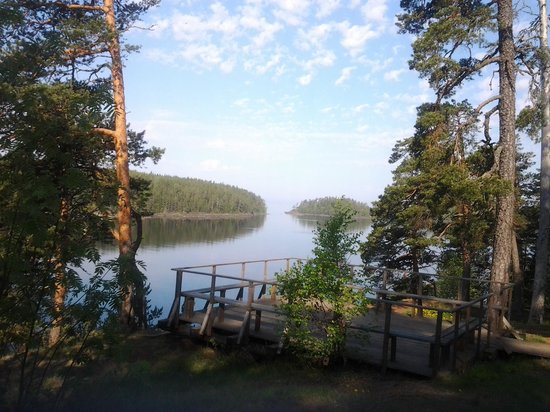 We don't speak Russian and had some difficultys to get informations in English how to go to Valaam without an normal excursion from Sortavala. We realy wanted to camp on Valaam, but in Sortavala we couldn't find anyone who spokes English or know if its allowed to camp or not. In the end we booked the normal 4h-on-island-excurion what was nice, but not enough time for the Islands. As we arrived we saw a sign what showed the campsites. So camping is possible there!
But anyway the monastery was beautifull with great wallpaintings and the worship what we joined was impressive. We recommend to stay longer than some hours on the island. 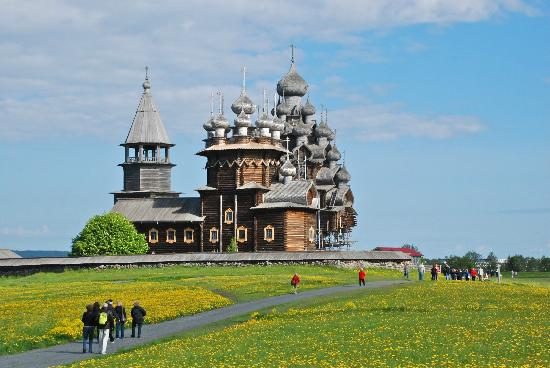 The State “Kizhi” Museum is located on the Island of Kizhi in Lake Onega, in 68 km. distance from Petrozavodsk, the capital of the Republic of Karelia. The Museum has been researching, preserving and popularizing culture of the native peoples of Karelia for more than 40 years. The collection of the Open-Air “Kizhi” Museum includes 83 monuments of wooden architecture: old chapels and houses, windmills and granaries, threshing barns and racks for drying crops…The gem of this collection is the 22 domed Church of the Transfiguration of Our Savior, 37 meters height. The Church of the Intercession of Holy Mary and the Bell-Tower located nearby emphasize the harmony and magnificence of the main Church. The guests of the museum can visit the Church of the Intercession of Holy Mary and peasant homesteads. Traditional crafts are demonstrated in peasant houses; wind flows bell-ringing over the island. Wonderful performance of the Museum folk ensemble supplements the impressions of the traditional peasant culture. The visitors whose stay on the island concurs with one of the Museum festivals will have the most lasting impressions. The Kizhi Pogost Ensemble was enlisted into the World Heritage List of UNESCO in 1990. In 1993 by Decree of the President of the Russian Federation the Kizhi Museum collection was included into the State Code of Cultural Heritage Sites of Special Value of the Russian Federation.

I wasn't impressed with the structures on Kizhi Island, but the guide who showed us around the southern portion of the island where the open-air museum is located had a most interesting continuous commentary about the people who had inhabited Karelia, this part of northern Russia. She certainly was knowledgeable about these people's traditions, home life, farming practices, male/female roles, etc. which she described in detail in very understandable English. On this 1 1/2 hour tour we walked a circuit route to see the various UNESCO buildings. Following the guided tour, Scenic river cruises gave us about 1 hour free time. Some of our group took this opportunity to walk to the northern part of the island for which no guide was needed.
We walked about 15 minutes from the entrance to the first building - the Church of Transfiguration. This path, first wooden planks and then packed ground with fine gravel, was along the shoreline. There were picturesque views of delicate leafy green aspen and birch trees, blue water/ blue sky, and wide fields of yellow blooming dandelions. Patches of white Queen's Ann Lace and purple blooms of perennial geraniums often dotted these fields against the simple farm fences.
The Transfiguration Church - the symbol for Kizhi Island - was closed for continuing renovations. This church, built from logs and without the use of nails, was actually quite high with several clusters of silvered domes topped with crosses. This church, the Church of Intercession, a hexagonal bell tower, and a small cemetery were all enclosed by a moderately high wooden and field rock wall like a fortress would be. The Church of Intercession was open (it's now a working church) and we could take pictures inside of its 4 tiered iconostasis of religious icons dating to the 1700s. These had been restored so the gold backgrounds glittered and the painted colors were bright. Decorated rails with blue/red/white folk floral designs separated each tier. It was a small church, with wood plank floors and walls, used during the winter because it was easy to heat.
Beyond this cluster of buildings were several peasant houses, a bathhouse, a windmill, and 2 very small chapels. We entered the main large peasant house, the Oshevnev's house. Constructed from logs with interesting carved wood detail around the windows, this house combined living quarters and animal barn. The living quarters - 2 rooms - were upstairs - essentially a kitchen sitting area and a small bedroom. Furniture on display was simple, but there was old treadle style sewing machine in one corner. An employee, dressed like a Karelian wife, sat at a table doing embroidery work with her finished work on display. Outside we could see how thin long logs had once been used to fence in animals or crop fields. The windmill, bath house, the 2 small chapels, and Elizarov's house were mainly photo stops. The bath house, placed close to the shoreline, was very small with a partial barrel tub in it. The Elizarov's house had a carpenter chipping shingles and another carving wood toy animals. The Church of Michael the Archangel was very small, yet it, too, had a cluster of domes on its roof topped with silvered crosses and a cluster of bells in its short bell tower. The bell ringer gave us a sampling of their sounds. Inside the narrow chapel, we could see a wood bench around 2 sides and a 1 tiered iconstasis. The Church of Lazurus was the oldest building, built in the 14th Century and moved to this island for preservation. All of these buildings were constructed from logs with planked wood floors and were spread out so there is a lot of walking. There was no extra charge for cameras and only non-flash pictures could be taken inside the buildings.
This glimpse of island life from another century indicated to me the hardships these people faced. Why they chose this isolated location was beyond me as the islanders still feared attack. There is a website for this attraction with other useful information.
Kizhi Island is located in the northern part of Lake Onega, a huge, wide lake. We couldn't see the shoreline as we cruised, but we did see many small uninhabited treed Islands that dotted this lake. Kizhi island is also a small island - just 3 1/2 miles (6km) by 1/2 mile (1 km) wide. Fortunately on our visit, the weather was sunny with a bit of wind. Our river cruise boat had docked right beside the open-air museum as did the hydrofoil boats from Petrozavodsk, 68 km away.
While we waited for our tour to begin, we browsed the handmade crafts in several of the log kiosks at the entrance. There certainly was a good variety of crafts to buy - woven materials, woven baskets, wood trivets, jams/honey, fur hats, scarves, lacquer ware, wood beads, rag dolls, knitted slippers/seaters/hats, dried herbs, Christmas decorations, embroidered linens, and, of course, matryosha dolls. There also was a kiosk for fast food/snacks - refreshments, pirozhki, ice cream, chips- a cafeteria and toilets.
Kizhi Island was an interesting stop for a few hours in the afternoon but its open air museum held few surprises. It certainly was an isolated, but well visited location. 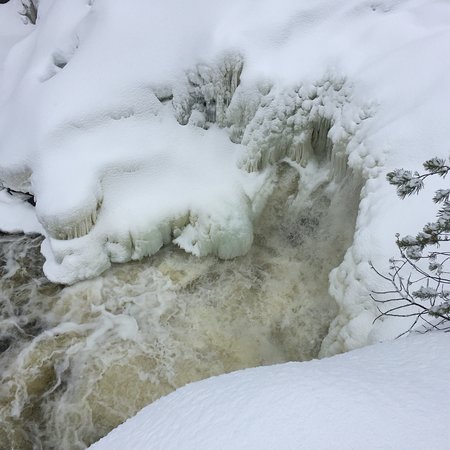 If you are in Petrozavodsk and have a bit of time to spare, this place would be a great addition to the trip. I don't know if there is a bus or excursion going out from Petrozavodsk, but if you have a car, it is an easy place to reach. Very easy to find as Kivach is sign posted on the main road and a bit of bumpy ride (paved, but still bumpy) through the forest, you will directly arrive at the parking lot for the waterfall/museum. There is a path directly leading to the waterfall, so nothing confusing there.
Waterfall is magnificent! Even though I have read that at one point, the river was diverted for power plant, but before that waterfall and river was a lot bigger. Even then, it's a superb view. You would need good and comfortable shoes! If you want to get good glimps of the entire waterfall, you have to walk on the steep and often tricky rocks to find a spot on the lower part. There's no fence to save you if you slip!
There are museum that shows flora and fauna of the surrounding area, and also quite a few souvenir shops if you want to get some karelian souvenir. A little cafe/restaurant by the parking lot offers basic needs for your stomach, like shashlik, Coke and other little things. Shashlik was quite good, by the way.
So if you have a chance, go. It's worth the trip. I'm sure it's still a good place to visit even if it's raining as long as you watch your step. Besides, it's nice to be out in the woods and smell the forest. 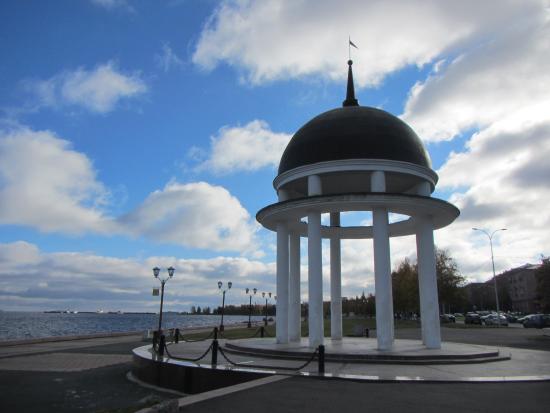 A stroll along the embankment is a great opportunity for experiencing the lake. The embankment is close to several hotels, is wheel-chair accessible and has several works of art on display.

7. Monument to Peter the Great 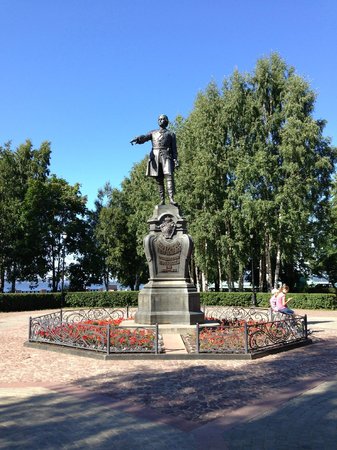 In the middle of the city certainly very impressive. Traffic is very bad very hard to find a time when the roads were not congested to be able to get around to sightsee 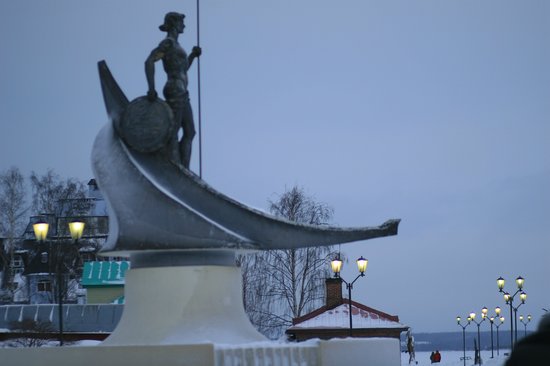 Beautiful area to walk, sit, relax, view the lake, and check your email (the Park and Embankment has 'free wi-fi' that works well)! The sculptures are very interesting to view. There are also some exercise machines that you can utilize for free. There was a heavy rainstorm when i visited, accompanied by wind, and i still enjoyed it; that should tell you something about how nice it is to see.
Jon Lefeber I love this place, coz here was make widespread movie "The Dawns Here Are Quiet." There not so much tourists. but really this place entirely show nature Karelia. By the way, there have rifle ranfe 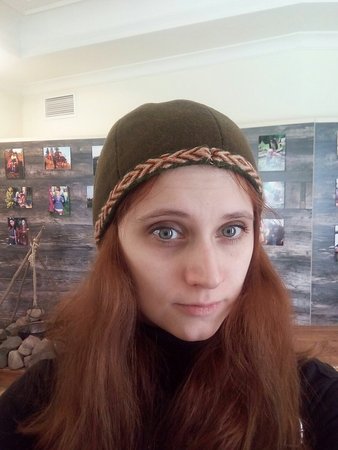 I must say Karelia has very good, modern and interesting museum of local lore!
Numerous rooms with lots of exponates from different ages of the region's history with informative cards both in Russian and English!
My personal favorite was the one dedicated to the history of the museum's building and the central square the building stands on. It impressed me a lot with old maps, drawings and short video-film!
It was pretty fun to dress-up like the ancient russian warrior and take some pictures! For free!
The stuff is very welcoming and friendly! The museum in general is definitely worth visiting!