The 10 Best Things to Do in Arcos de la Frontera, Spain

Arcos de la Frontera (Spanish pronunciation: [ˈarkoz ðe la fɾonˈteɾa]) is a town and municipality in the Sierra de Cádiz comarca, province of Cádiz, in Andalusia, Spain. It is located on the Northern, Western and Southern banks of the Guadalete river, which flows around three sides of the city under towering vertical cliffs, to Jerez and on to the Bay of Cádiz. The town commands a fine vista atop a sandstone ridge, from which the peak of San Cristóbal and the Guadalete Valley can be seen. The town gained its name by being the frontier of Spain's 13th century battle with the Moors.
Restaurants in Arcos de la Frontera 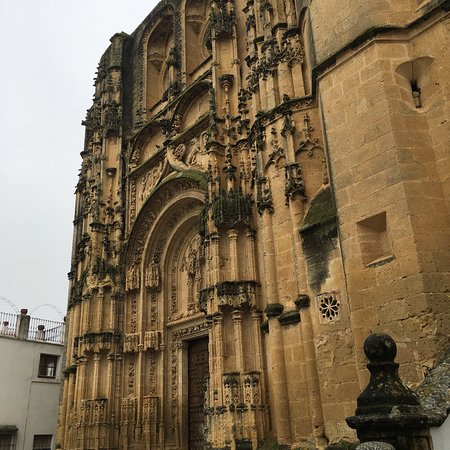 I enjoyed an afternoon in Arcos wandering the narrow streets.
Park in the parking station below the old town. You'll be glad you did. Watching people negotiating the narrow streets and tight turns in their cars in the old section was quite entertaining!
Some sections are steep but it's well worth the effort for the views over the valley and the old architecture?
There were very few tourists when I was there in early December so moving around and taking photos was easy! 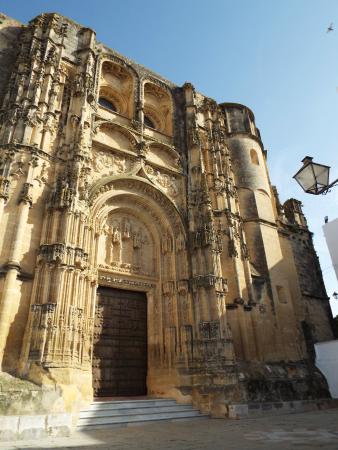 Unfortunately we were unable to go inside as it was closed for some unspecified reason when we were there. However The Basilica Menor of Santa Maria is the biggest and the main Church of the town
It was built between the 13th and 14th centuries on the remains of the old Arab Mosque, it mixes different styles of architecture.
Such a shame we could see inside. 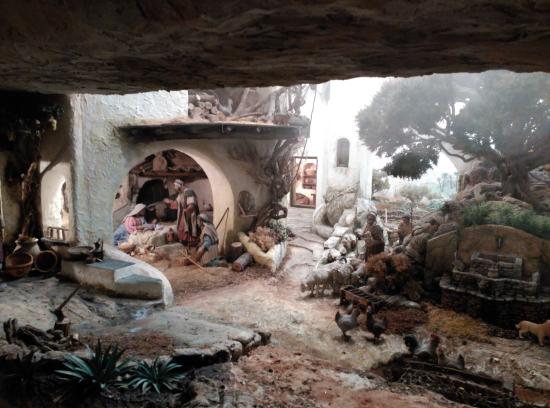 Meticulous in detail in the story of Bethlehem and the Nativity. The figures are hand crafted from clay. Free entry. Plaza is basically a parking lot between the church (with a stubby steeple), the castle (now a private residence and not accessible) and a spectalular viewing platforn. From this vantage point, hundreds of feet above the olive groves and valley below, you can see for miles. Local falconer has a set up with 6 or 8 raptors (and a grey parrot) for photo ops. We took a dozen photos with various birds and fellow seemed happy with a 2 Euro coin. 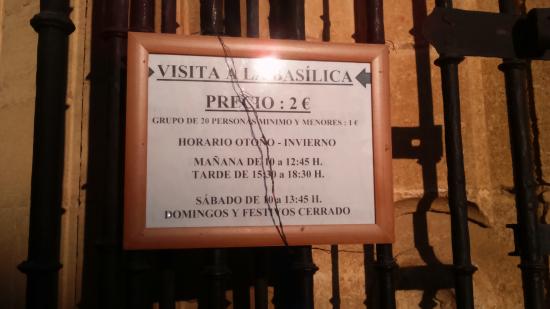 The Plaza is unfortunately used as a congested parking area for the Old Town. The buildings around the Plaza are really the reason for visiting and the excellent viewpoint. 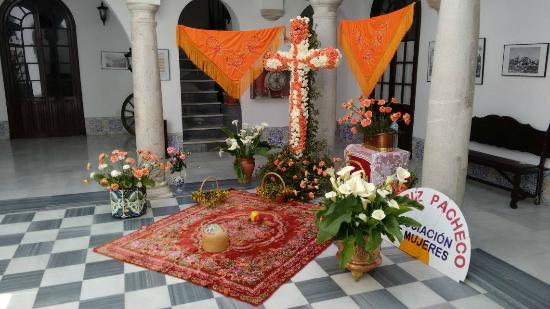 Fantastically beautiful place, close to the main square. One of the most impressive of the 'pueblos blancos' we visited. Great food - cheap and cheerful, although there may be high-end options available, but we were just passing though - nearby, but parking can be tricky
Unfortunately we went in June/July 2012 so please bear this in mind when looking at the mandatory date selection as I have chosen the date closest to our visit below. 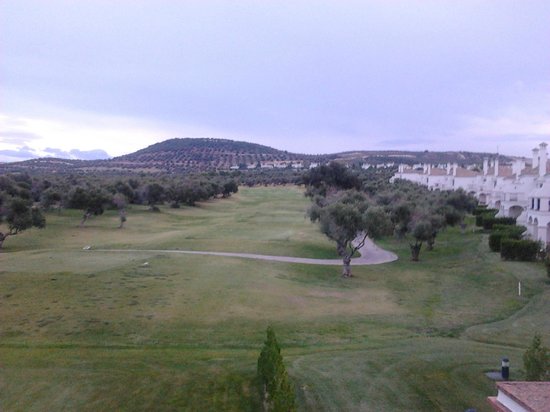 Despite ownership of the golf club still not being resolved it is open and the staff try very hard to make you welcome. There is a beautiful courtyard adjoining the hotel and we booked dinner for six in the restaurant. The menu was quite extensive and the food lovely with the staff attentive and professional. They even picked a bag of Seville oranges from the courtyard for my friend to make marmalade with! The golf course is open and we hope to play next time we visit. 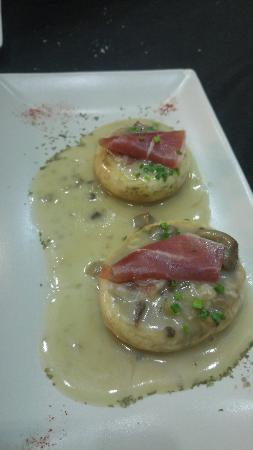 Amazingly low prices for such high quality tapas. I've lived in Arcos for 15 years and these are the most delicious tapas I have experienced here. No specific recommendations: it's all lovely! Oh, try the 'chupipostres' for dessert - different flavours of mousse served in small glasses. Not in the old town, but who cares?! 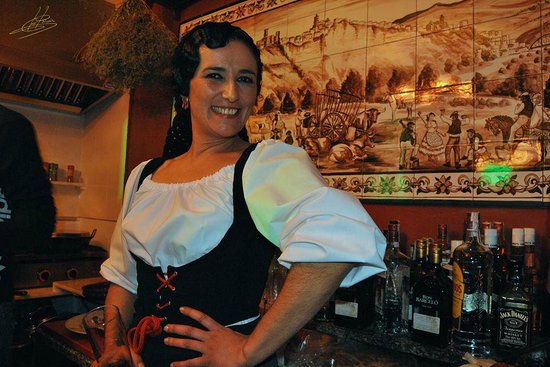 Reviewed By john b - Valparaiso, Indiana

Can't believe TA doesn't have much of anything about Arcos.
Came here because its the beginning of the white hill towns. I thought they would all be walled like Italy Tuscan towns.
Arcos was really the only one.
We loved walking up the hill from our hotel and around the old city. Very small/ very quaint with amazing views.
The sq. Plaza del Cabildo has great views but is basically a parking lot. The 2 churches are very nice to see and just being part of it was a wonderful relaxing afternoon.
I think Arcos is a great place to stop if in the area but unless you are going to stay overnight not worth getting off the highway.

Having lived in California and able to experience different wineries across the entire state, we were skeptical when we first tasted a wine from this region. We are familiar that Cadiz is the region of sherries and dessert wines...it was a surprise to experience a complex red from the region. We first tasted their table red "Barbazul" at the award winning restaurant Girl and the Goat in Chicago.
So we inquired further of a winery visit and what a visit it was. Our host, Rosa was very eloquent in English and spent her entire morning touring us around this beautiful winery. The visit was very personal and informative...unlike the tourist driven visits of Napa/ Sonoma wineries and the Jerez Bodegas. It started with a briefing of the entire winery, how wines are produced and from which vineyards..a tour of the entire bodegas/cellars and machinery. Then came the best part..tasting the wines. It ranged from a chardonnay, the standard "Crianza" reds called Barbazul to the more complex Taberber labeled reds. They produce high quality wines and at a bargain. I'm not sure how long these prices will last but I hope they do (for our sake!). Now I'm scrambling to find the distributor here in the US as they are usually sold out and won't even produce any wines if it's a bad year for the grapes. Definitely always quality driven. We brought home with us a dozen bottles back to the US between friends and hopefully we find our reds before we run out.