Top Things to do in Salamanca

Known as Spain’s "golden city," Salamanca is rich in architectural, religious and gastronomic culture. Marvel at the La Casa de las Conchas (house of shells) and the 18th century Plaza Mayor, then pore over the fresh produce of the Central Market. Both the Old and New Cathedrals of Salamanca are celebrations of Renaissance and Gothic styles.
Things to do in Salamanca 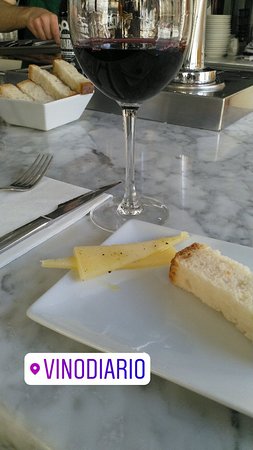 The food was amazing...every plate we ate was absolutely delicious and well presented! We stayed at the Eurostars Las Claras one night and ate here 3 times! The service is superb...service with a smile, free tapas as we arrived (and since we had gone Teo days on a row, they changed it up...how attentive!), full attention throughout the meal, and they served us a glass of sweet wine after the meal! Nice bonus! Way beyond expectations! Kudos to the management of this restaurant! If you are going to Salamanca, I highly recommended you eat here!! 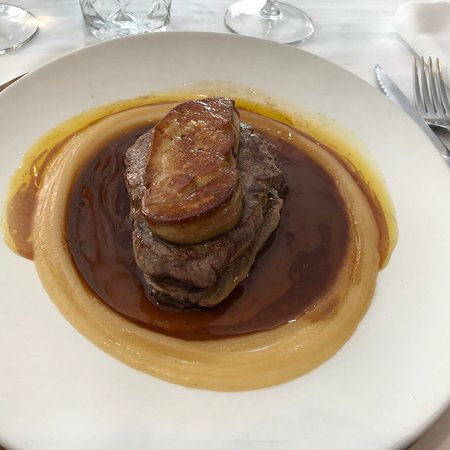 The food was perfect, each and every course. Outstanding was sollomio and fois grad Mille feuille. So reasonably price and great atmosphere. 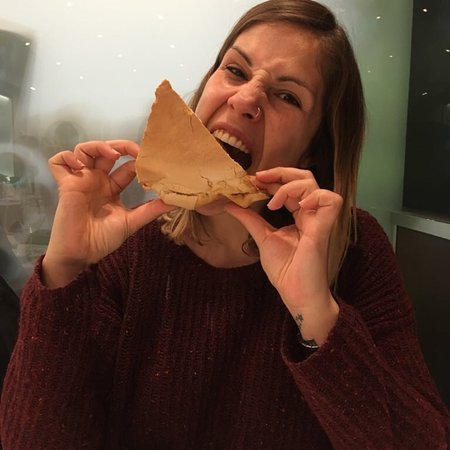 Our dishes Our trends are always marked by the temporality of the product, the excellence and the authenticity of the flavors, full of references to the tradition, but under a modern kitchen. The dishes are always generous, carefully presented, including traditional stews and amazing creations.

Actually we went here because we could not find our first choice but it was excellent too. Very attentive lady waiter and great food. 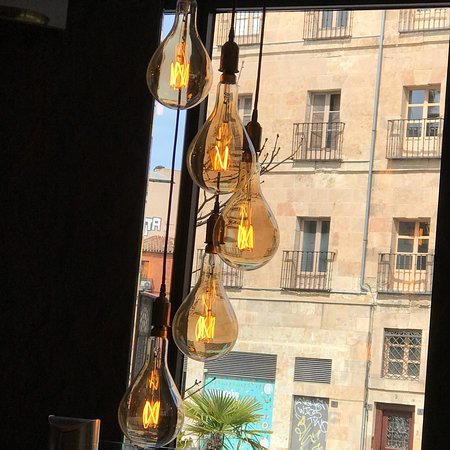 Located just outside Plaza Mayor this small place if full of flavor from the area. I would say its cuisine is modern but yet keeping the traditional ingredients of Castillian region. Inspiration and culinary passion inhabit among the stones of the Plaza Mayor of Salamanca. The bar and the tables at LasTapas de Gonzalo share history between the Villamayor stone wall and the apse of the Romanesque Church of San Martin. Historic flavour, aroma of food. A magical atmosphere where over thirty different types of Tapas are presented every day This new culinary space, Las Tapas de Gonzalo is the evolution of Plaza 23. The same staff, the same passion, but a new concept based on an affordable casual culinary offer, not forgetting the most important thing: high quality products. The bar, the Terrace or the cozy dining room with spectacular views of the Plaza Mayor, these three spaces are the perfect environment for taking part in a cutting-edge culinary experience, that will make your vist to Salamanca, simply unforgettable our

This restaurant has been updated over the past year, and the result is a good mix of indoor/outdoor and casual/informal. The chef is eager to please, and brings to his craft a long-standing family commitment to this place. They serve some of the best ham...MoreDear Ron Thank you for sending us your thoughts. We are pleased to know that you have liked our restaurant. On behalf of our team, many thanks for the wonderful comments. Best regards El Mesón de Gonzalo Having read the TA reviews of Mencia Restaurante we made it a priority to book a reservation before we left the States. Soooo glad that we did!!! We were completely satisfied with the ambiance, service, presentation, and quality of this restaurant. It ranks up there in the top five of all Spanish restaurants we have patronized during our four trips to Spain.
Mencia specializes in Bacalao and we were fortunate to be there when Skrei was in season. Skrei, also known as the "Norwegian Miracle", is a seasonal delicacy with longer, firmer, delicate fillets prized by top chefs. We obviously ordered this along with a Pulpo appetizer, a gorgeous chocolate tarte, Cafe Cordato, two vinos, and one Pedro Jimenez. . My words cannot do justice to the food here so please look at our pictures. The food tastes even better than it looks-the chef is the wife of the owner. Oh and the owner gave us a tour of his restaurant following our meal. He was very engaging and is somehow related to Picasso. The total bill was 83,25 Euros. 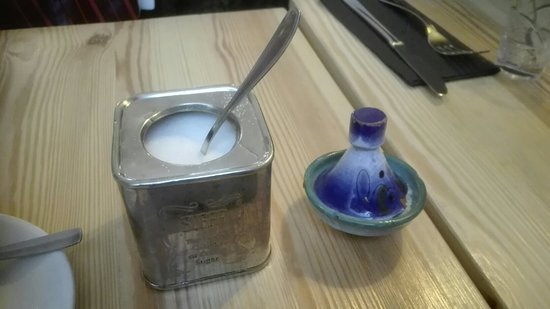 When in the Salam restaurant we decided to change most of the menu items every two weeks we made a risky bet: our customer base was very faithful and we were going to change their relation with us! Fortunately, after the passage of time, we can say that the effort has paid off. Every week we express our imagination to think and make a menu that contains a harmonious mix of dishes, vegetarian and meaty, between east and west, always taking advantage of seasonal produce. Of course, and by popular request, we keep our Hommos among the first and our delicious Musaka among the latter, in addition to the variations of Couscous.

I ate here with several friends, of which two are from Syria – they had been before and recommended it. The waiter spoke Arabic so my Syrian friends helped us pick which food to have. The waiter seemed very helpful and suggested things off the menu for us to try. All of the food was lovely, especially the starters. However, when the bill arrived we were shocked at the extras we were being charged. The so called helpful waiter, who suggested we tried things off the menu, never explained these would cost us extra and not be included in the set meal price. After some discussion between him and my Syrian friends we had no choice but to pay. So, please eat here because the food is good, just stick to the menu options and never except alternative suggestions – even if it sounds like they are helping you out. Lovely restaurant near Sant Esteban. The waitress (owner?) is welcoming, the interior attractive, light and pleasant. The food is very fresh and quite delicious and the menu del did great value. Highly recommended. 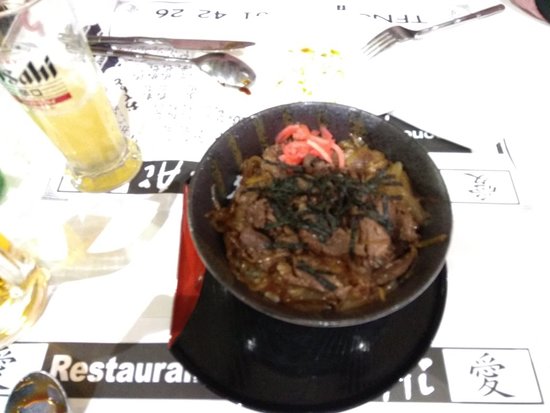 No options for sushi and the "menu del dia" was absolute crap! Salty miso soup and the vegetables dish was actually burned cabbage with some pieces of onion. No pepper, no carrots, no coli flower, nothing! I have never eaten in such a bad Japanese restaurant! the food was very tasty and included in the price of the beverage. so with a really nice price. the staff was very friendly and helpful explaining all the stuff about the tasty pinchos.

Bold statement, I know, but I have had the opportunity to try tapas and pintxos almost all over Spain (not Galicia yet), and this place will leave a mark. Price point is normal, for Spain standards, for US, very cost efficient. Top quality, but that is almost everywhere is Spain. What makes the difference is the service, owner and crew always making your experience better. They collect magnets, we happen to have one from our city. My favorites were morcilla slider and duck taco, with Ribera del Duero of course. Enjoy it!