Top Things to do in Port Moresby

Port Moresby (/ˌpɔːrt ˈmɔːrzbi/; Tok Pisin: Pot Mosbi), also referred to as Pom City or simply Moresby, is the capital and largest city of Papua New Guinea and the largest city in the South Pacific outside of Australia and New Zealand. It is located on the shores of the Gulf of Papua, on the south-western coast of the Papuan Peninsula of the island of New Guinea. The city emerged as a trade centre in the second half of the 19th century. During World War II it was a prime objective for conquest by the Imperial Japanese forces during 1942–43 as a staging point and air base to cut off Australia from Southeast Asia and the Americas.
Things to do in Port Moresby 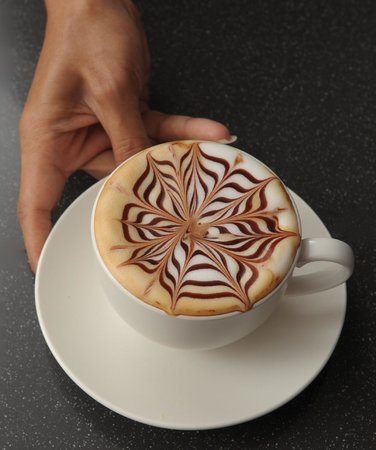 With its vibrant atmosphere and friendly staff dining becomes a pleasure at our restaurant.Our experienced chefs have created a distinct International menu with flavours from India & the Mediterranean.Your dining experience is not complete until you taste one of our fine selection of desserts that will leave your taste buds tingling for your next visit. We have a fine selection of wines to accompany your meal and coffee’s, ports or cognacs to conclude.Breakfast is served at 6am every morning.Palazzo stays open until 1030pm Sunday to Thursday with the exception of Friday and Saturday evenings where understandably with the weekend upon us, we cater to your dining requirements up until midnight.Don&apos;t forget to try our Indian Night Buffet&apos;s on Thursdays.Enjoy your next meal with us at Palazzo restaurant.

Having eaten at the Italian restaurant only four times I was impressed when the waiter remembered what I'd ordered the past couple of times I'd eaten there.
The wine list is expensive but the food is always great - flavourful and freshly prepared and the customer service is great.
Shame about the noise from the bowling alley upstairs and we suspect the loud music is played to disguise the bowling deliveries! However if you don't have dinner here you are bound to miss the bowling ball sounds.
Still a great place to eat 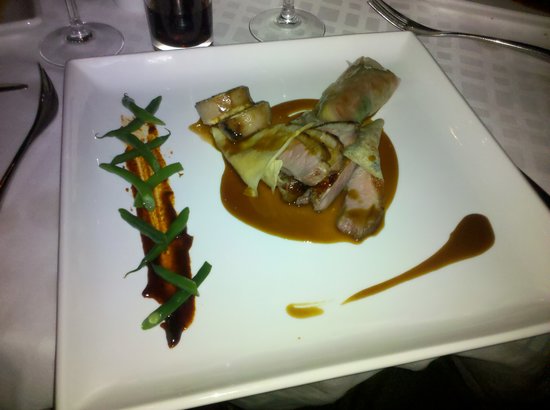 We ate at Bacchus (which is part of the Airways Hotel complex) our last evening in Port Moresby and enjoyed a delicious meal before enduring a day of airline food. Nice selection of wine and a fairly extensive menu. The tuna sashimi appetizer was excellent, the steaks were delicious, and the desserts simply yummy. The restaurant itself is formal and requires 'smart' dress (no touristy shorts here). Our reservation was for 8:30 and there was only one other party when we arrived- considering it was a Saturday evening, it remained quiet throughout our time there. We never felt rushed even though we stayed until 11:00. We'd planned on stopping by the karaoke/martini bar which is attached to Bacchus, however it was closed for a private function. Heard good things about it though. Overall, Bacchus was a bit pricey with a very quiet atmosphere (almost like we had the place to ourselves), attentive service, delicious food. 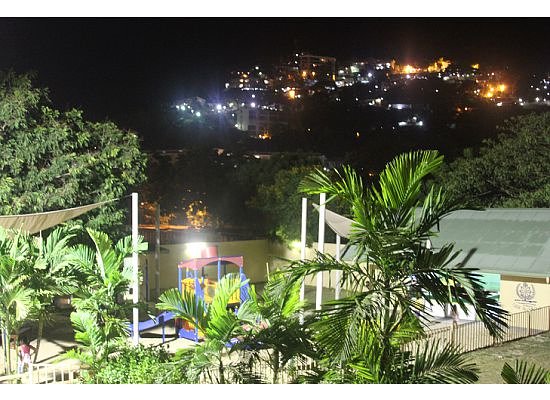 Breakfast and lunch at the Macdhui in the last week have been an average experience. The staff are always helpful and try hard; the meals are average however the salad bar is great. The only item off the menu I have enjoyed is their burger with the lot. The ambience is pleasant and the view is of course without equal in Port Moresby if you like to look at yachts. Amenities clean and carpark plentiful. Prices however remind you that you are in one of the more expensive eating places in town. 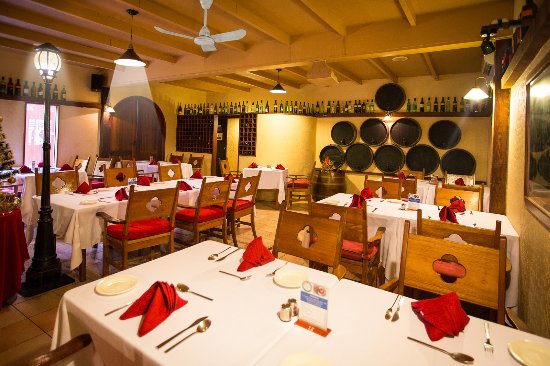 The Cellar Restaurant at the Shady Rest Hotel features a well stocked wine selection and is known for its Steak and its famous Indian Curry Buffet Nights. The Cellar features inside (non smoking) and outside Seating (smoking tolerated) as well as a Soup De Jour, Catch of The Day, Lunch and Dinner Specials including Vegetarian and Non-Vegetarian Indian set meals Thali, where Halal meats always available. Pastry Chefs onsite make various cakes including both chilled and baked cheesecakes, warm chocolate brownies and black forest cakes. Our well trained Baristas make beautiful silky smooth coffees along with smoothies and frappes - no burnt coffee here! Open 7 days/week from 5:30am-10pm. Reservations recommended for large groups.

The restaurant reminds you of fine restaurants in Europe. They make noce continental food, authentic indian food and a second to none curry buffet, a selection of asian food and a nice breakfast buffet.
Service is impeccable. The staff are very friendly and quite efficient. Definitely a restaurant to visit over and over again. 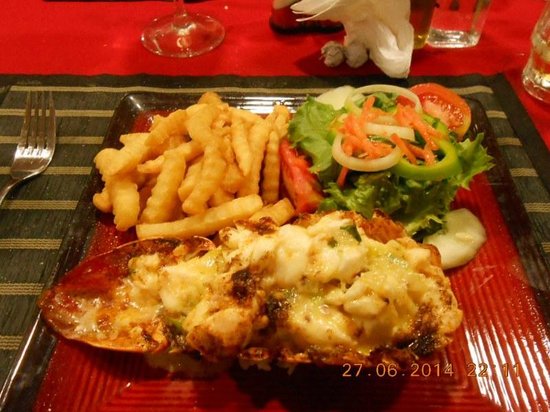 Technically a club but someone may sign you in if you are tidy.It is pretty loose in PNG regarding menmbership,so long as you are tidy and polite.The Sambal Lobster woooooow I have never had anything as good.Old and a bit threadbare this club is a place to chill out ....and of course partake of the best Sambal lobster in the universe.

Had a very disappointing lunch here. Went for the much-hyped lobster and it was a serious error. The lobster was a tiny portion and they had sabotaged it with some weird 'cheese' sauce which looked and tasted unappetising. The worst thing was the accompanying 'fried rice', which was mushy and slimy. Before this visit, I didn't even know it was possible to ruin fried rice as it must be one of the simplest things ever to prepare. Maybe I caught the chef on a bad day, but based on this visit I will not be in a hurry to return. Points for outdoor Seating though! 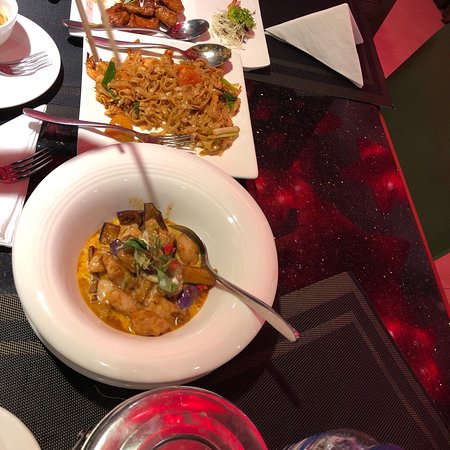 It&apos;s a pretty well known restaurant and has been for the 7 years that my parents have lived in Port Moresby

The new Asian Aromas at Harbourside is a great restaurant. Consistently good food and service. Definitely one of the standout restaurants in Moresby. Also handy location as can have a sunset drink prior to dinner. Safe parking 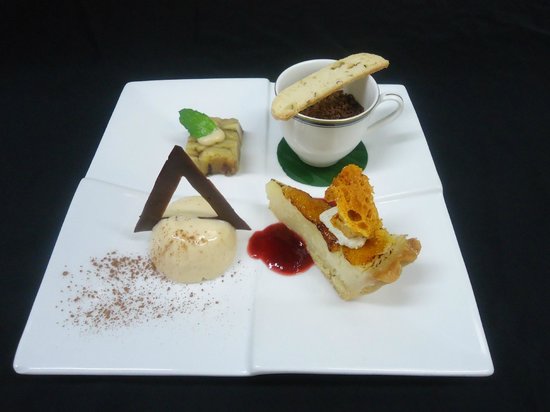 I was lucky enough to have a complimentary meal at Rapala (I hope this doesn’t make me biased), but I thought it was a wonderful fine dining restaurant. I have heard others refer to it as the pick of Port Moresby and I can see why. The service was attentive and the restaurant had a true air of sophistication about it. And the food was just wonderful. I had the rack of lamb as my main (fantastic) and included was an extensive bread basket. My favourite was the entrée though –a tasting platter of one-spoon mini bites which included a diverse range of top quality meat flavours. You will come out feeling like a king. 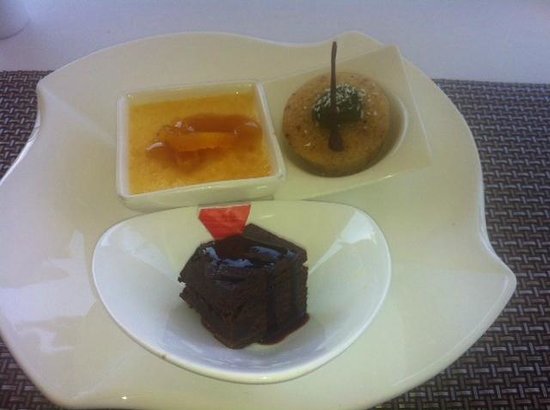 While staying at the Airways hotel I visited the poolside most every day during the week I stayed here. A beautiful pool and place to layout. Just next to the pool was a full bar and restaurant overlooking pool. One is waited on the entire time you are here if necessary. I definitely recommend checking it out while staying at the hotel or perhaps just visiting Port Moresby. Thank you 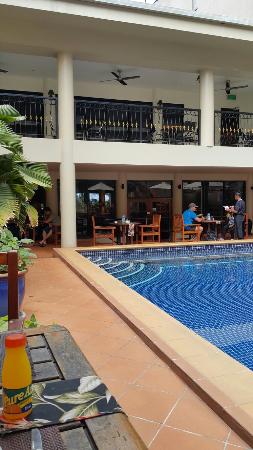 Nicely air-conditioned, unlike the other public areas of the Ela Beach Hotel, but they do seem to have a lot of power outages. There's a wide range of food at good quality for PNG. The pasta I had was lacklustre and expensive, but the grills and seafood (including lobster) are good, the pizzas look good (crispy bases, unlike most of PNG), the coffee and breakfasts are great, and they have an extensive wine list. Staff are very friendly but can be very slow. 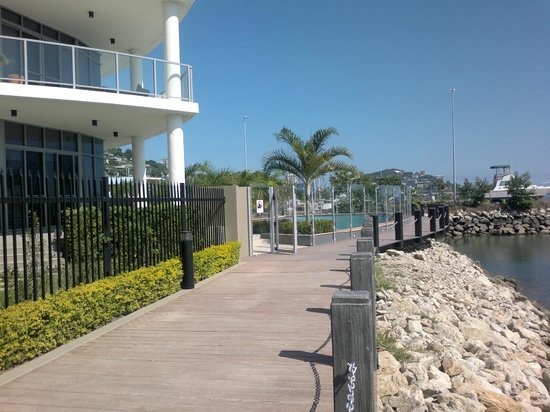 Edge By The Sea is open for breakfast 7am-11am weekdays and until 2pm on weekends, or for lunch from 11am-late. Happy hour 4pm-5pm everyday. Relax by the sea.

The Edge is a great restaurant by the sea. It is well made and the decor is beautiful. The variety of food available was excellent and the customer service was brilliant.
The best part is that the food was very nice. This place is close to the CBD and offers convenient parking. It is very scenic and is a beautiful restaurant which looks like it is aimed at the expatriate community in POM.
I enjoyed the food and restaurant very much.