What to do and see in Port Moresby, Papua New Guinea: The Best Places and Tips

Port Moresby (/ˌpɔːrt ˈmɔːrzbi/; Tok Pisin: Pot Mosbi), also referred to as Pom City or simply Moresby, is the capital and largest city of Papua New Guinea and the largest city in the South Pacific outside of Australia and New Zealand. It is located on the shores of the Gulf of Papua, on the south-western coast of the Papuan Peninsula of the island of New Guinea. The city emerged as a trade centre in the second half of the 19th century. During World War II it was a prime objective for conquest by the Imperial Japanese forces during 1942–43 as a staging point and air base to cut off Australia from Southeast Asia and the Americas.
Restaurants in Port Moresby 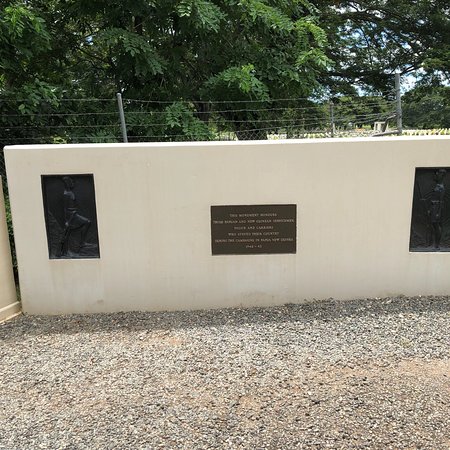 Beyond the legitimate emotions this solemn place generates, this war cemetary is far from being as impressive and heart-breaking as those from the 1st and 2nd WWs in Europe. May be this is due to the general lack of information/explicative notes.
Its purposes is obviously not to teach visitors History but a more thorough description of the circumstances of those boys' sacrifice wouldn't do their memory any harm...
It does however remain one of Port-M's main points of interests. 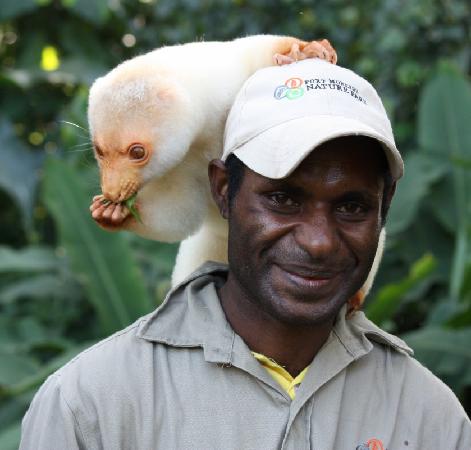 Port Moresby Nature Park (formerly the National Capital Botanical Gardens) is PNG's leading recreational attraction combining botanical, zoological and cultural displays. The park is home to over 250+ native animals including bird of paradise, tree-kangaroos, cassowaries, wallabies, snakes, crocodiles, hornbills and multiple parrot species. The grounds also offer a lush change from the hustle and bustle of Port Moresby City with the only rainforest tract within the Capital City. Thousands of tropical plant species including palms, gingers and heliconias and native timber tree species are found within the grounds. Facilities include cafe, souvenir shop, flower shop and arguably PNG's best children's playground. The Nature Park can arrange transportation to/from hotels and airport to the Park and offer excellent guided tours of the Park (lasting 1.5Hrs). A popular location on weekends for weddings and private picnic functions utilising the Nature Park's three large picnic areas.

We spent a happy couple of hours here on a Saturday morning. Surprised how few people were there. The walk-in aviaries are particularly enjoyable, with lots of birds present. The wallabies and tree kangaroos are cute, but the crocodile needs a larger enclosure. 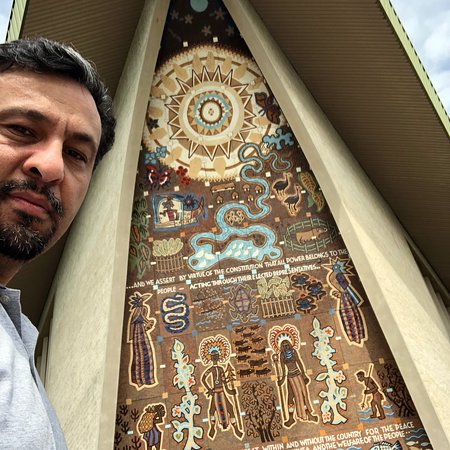 The blend of old and new is strikingly exemplified in the Parliament House, which combines modern architecture with ancient design.

t has a distinctive style of “Haus Tambaran” in the East Sepik region of PNG. It can be easily spotted from the air. It’s a beautifully decorated building. I visited it many years ago, but recent years, I only passed by it on my way to/from my friends’ place.
“Haus Tambaran” is a symbol of the male-dominated culture. It is a meeting-house and site for rituals and initiations. It is interesting to know that the currently there is no female representative in this Parliament. It is truly male-dominated culture! 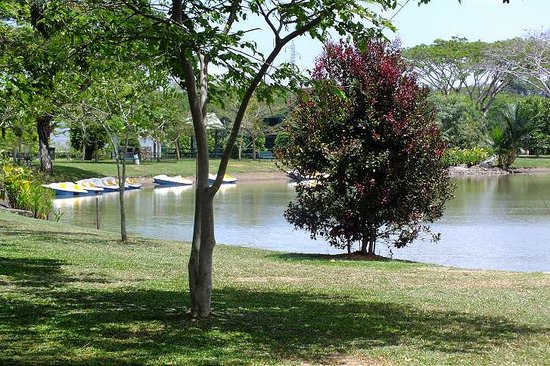 Whilst the Nature Park is a good base to view some of PNG's fauna and flora the Adventure Park is by far the best place to see the beautiful birds PNG has to offer. The highlight is the aviary - the birds here are amazing and they get very close to the watcher. The birds seem to proudly display their beautiful colours and plumage. The beautiful Raggiana Bird of Paradise the PNG national symbol is bred on the grounds of the park through a breeding program and this is the best place I believe in Port Moresby to see them. The other animals ie the Tree Kangaroos have plenty of space to jump and climb and on the day we were there the tree kangaroos were very active. The national orchid Gardens are also in the grounds of the Adventure Park itself and in itself an amazing place to see the native flora of PNG. In terms of the rides the park has to offer I cannot comment. 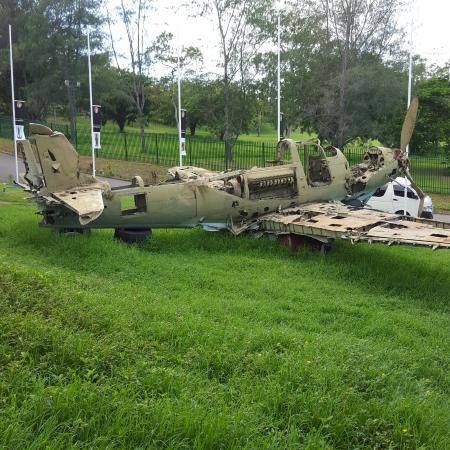 Located on the slopes of Independence Hill, this traditionally designed museum houses an excellent collection of New Guinea art and cultural artifacts.

There is absolutely no warning as you drive in that all the buildings are closed. You can only view the rusty, disintegrating handful of jeeps, trucks, artillery pieces, and airplane engines that are outside, as well as a few carvings. Disappointing! They should have a notice on the board at the entrance. 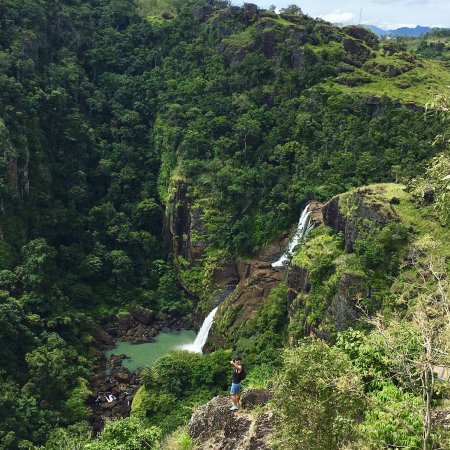 If you're early enough, you'll catch the incredible morning mist hovering over this natural mountain region that offers fantastic views and a wealth of birds and other wildlife.

Variata NP is a bit of a winding drive from the harbor, if you are visiting from a cruise ship, so be prepared for lots of turns on a narrow road. Once you get up in the Mountains, you'll find a beautiful tropical rainforest draped over steep slopes. There are huge old trees, fantastic views back to the ocean, and lots of vegetation. There are also lots of mosquitoes! We never did see any birds close up, but we heard their lovely songs, which was a treat. 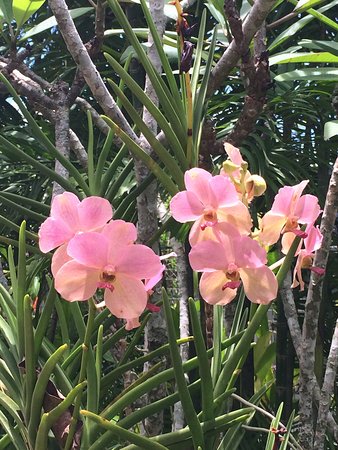 We spent half an hour admiring the orchids that were well displayed and identified. There is also a bird aviary that features the Birds of Paradise. This place is well maintained and the staff are very helpful and friendly. 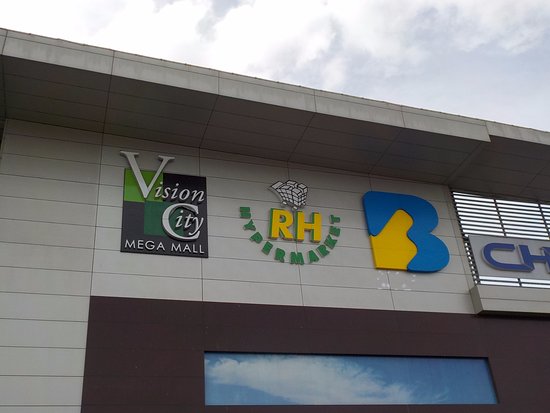 Apart from the many wonderful shops especially those that sell Papua New Guinean made garments, accessories etc. I like the new Food Junction. It offers many sitting options suited to a date, family dinner or even a small meeting. There is an array of restaurants to choose from and can be from full meals, to drinks and sweets. 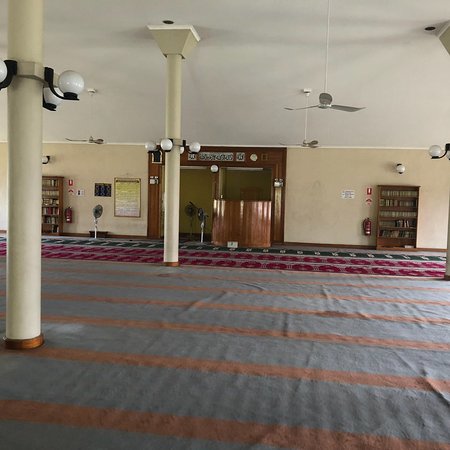 Its true the architect is amazing, and it is the only one in the country, my first time to visit and am impressed 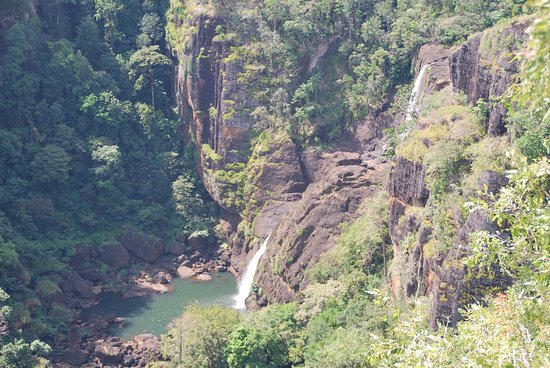 The thunderous falls are a popular tourist site, and can be combined with a trip to the nearby Varirata National Park.

You'd want to be a waterfall lover. There's a look out but its not safe for little kids and doesn't give great views of the falls. We were there after a little bit of rain and there was water going over. The road along that way is worth a look and it might be worth a brief stop on the way to Varirata National Park or to the Kokoda Track. Hold your kids hands and lock your car.