Most Popular Restaurants in Calimesa

Calimesa is a city in Riverside County, California, United States in the Greater Los Angeles area. The population was 7,879 at the 2010 census, up from 7,139 at the 2000 census. It is situated in the San Gorgonio Pass.
Things to do in Calimesa

Stopped at Bob's Big Boy Restaurant while traveling on I-10 in Calimesa, CA. Bob's is on of the last vestiges of the family friendly sit down diners that lined the interstates in the 60's and 80's. This Bob's had the familiar dessert counter in the front of the restaurant but also include an extensive salad bar with a lot of fix-in's.

Their large menu including an All- Day Breakfast section, along with lunch, dinner and a children's menu. They have added a score of healthy food selections and the salad bar to create an eatery that has something for everyone.

I did notice that most of the people in Bob's Big Boy Restaurant today were either older mature people or locals who seemed very family oriented. Bob's is not fast food, but it is good food and it is stop and enjoy life food. Maybe, this is something those who stop at fast food restaurants need to think about and stop and try.

There was a lot of family good, in the good old days, Bob's was, and still is, one of the good ones.

My wife has an addiction to "pumpkin pancakes", so we sought out the Kopper Kettle Kafe. So, first thing. Easy to find. Be prepared for tight parking. Found one handicap immediately in front. This is in a very small business strip. There is parking about 100 yards away at the end but not convenient. The decor is inviting inside and out, and has that quaint 'locals' look. This cafe is about a block from the "Old Town" section of Yucaipa. Lots of local types and retirees inside with a small child or two. Plenty of elbow room. We visited on a Wednesday around 10:30ish and found plenty of seating. The staff said weekends can get quite busy. We found a very good selection of traditional breakfast offerings, with a lunch menu available. I ordered a chicken-fried steak, 2 eggs, hash-browns and a biscuit and gravy. The gravy was OK, but I found it a little doughy and maybe made with bacon, not sausage? The eggs were a perfect medium over, and the chicken-fried steak was nicely crunchy and slightly chewy. Not complaining. Pretty standard. My wife's pumpkin pancakes were killer. Beautiful texture and flavor. The butter toffee syrup was superb. All the whip-cream --she ordered on the side--was unnecessary and more for decoration, but nice. Her order came with 2 eggs over easy, 2 bacons, 2 sausage, etc. All perfect. Ice tea came in a very large mason jar. My coffee was attended to very well. The service staff there were older ladies with an attentive, welcoming attitude and did well by us. Overall I would recommend a visit here on a weekday if you can. You will NOT go away hungry or disappointed. 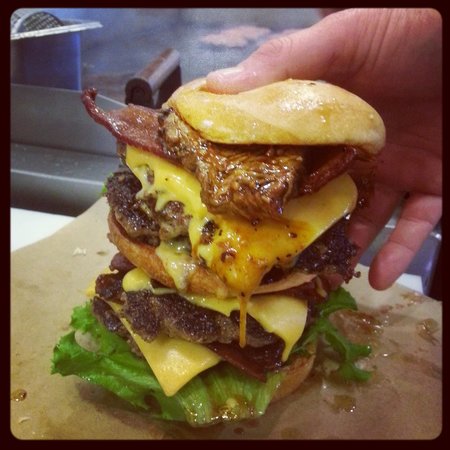 Pricey for a meal that is average. It wasn't bad at all, but it wasn't great (which I had expected). The tri tip was rather bland. I have a smoker at home, and I prefer my tri tip over theirs. And mine isn't great either. 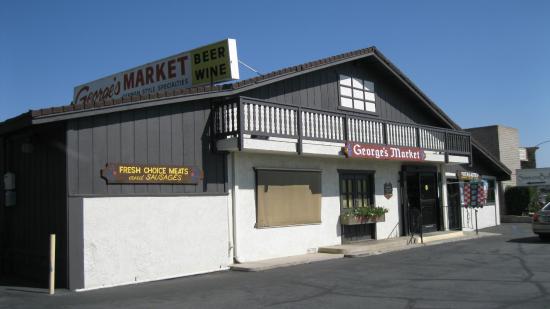 From the poppy seed cake to the meats they are top notch. I wish the parking was better and it was closer to home. We make regular trips to George's for bread and schnitzel, plus cervalot and wurst of all kinds! Many great treats to be had. 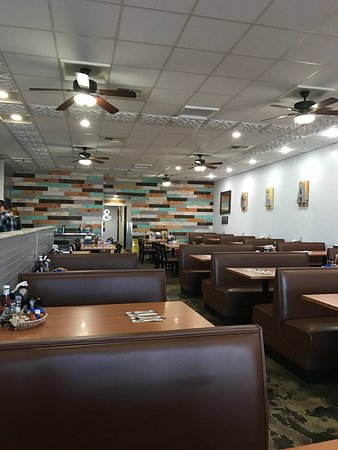 I recently visited Clarkie's for the first time and found the food to be very good. The breakfast menu is large and the omelette's were execellent. The service was friendly and responsive. The atmosphere wasn't great, a bit too close together for my taste. The prices were average and the parking was really bad. The restaurant appears to be in a previous commercial warehouse or manufacturing facility and the parking isn't very convenient if you don't happen to score one of the handicapped spots. On the weekend, the parking extended down the block and around the corner.

My wife and I love this place. It's far better than regular Chinese. The is great, as is the service and the prices. We always have leftovers to take home. Best Thai I've ever had.

This place is in a strip mall with plenty of parking. The staff is very friendly and the food is wonderful. We ate there twice in three days. We were there for breakfast both times. We tried the pancakes, hash, french toast....everything was great and the portions are large. 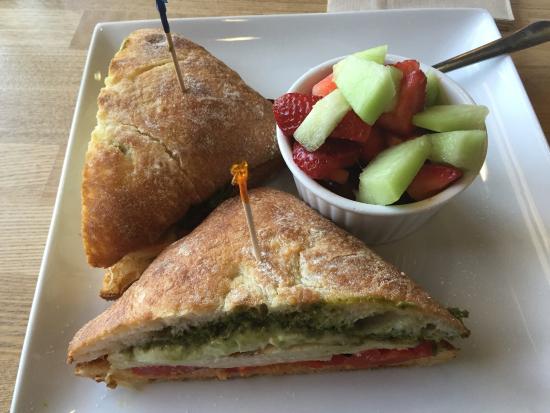 We love the QB! Food is always fresh and service is great. We love that they buy as much as they can from local sources. Great little spot to hang out and chat while enjoying a specialty coffee or tea! Nice little outdoor patio too when weather permits.

Tried this place and we were very pleasantly surprised. I had the tri-tip and beef ribs. They were smoked well and with the sweet and spicy sauce (home made) along with a Jack Daniels spiked sauce and a habenero bold sweet sauce, no matter what your the sweet sauce preference is, it compliments the smoked meats well. The pulled pork was also tasty. We tried the cole slaw, fire roasted corn and ranch beans which were all pretty good. There is very little seating inside, but there are several picnic tables just outside and next to the smokers and grill. There is plenty of parking and they offer family pack meals with prices ranging depending on how many servings. Or you can get individual meals from 1-3 meat choices and 2 sides or a sandwich. They also offer other specials like tri-tip nachos and even peach pie. We will definitely come back..., 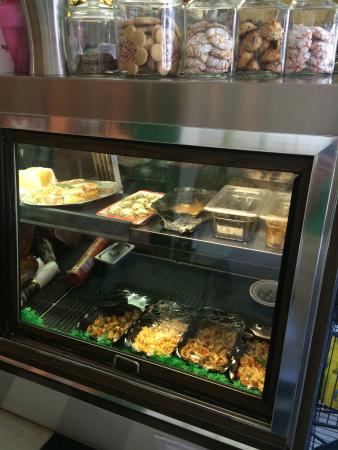 Reviewed By Michelle B - Yucaipa, California

Yucaipa is a small town that has few eateries original within themselves. Matano's is the opposite of any sandwich place is town. The food is fresh & sandwiches are made by hand on site. The owner only uses the best ingredients especially the meat, cheese, & bread. There is a bit of wait when you order considering each sandwich is made fresh. There are salads offered if you like. I believe these are homemade as well. The deli is small, but has outside seating. She has misters in case it is hot. Matano's is very clean. Quite frankly, you get what you pay for with every visit.