Best European restaurants nearby. Discover the best European food in Bushmills. View Menus, Photos and Reviews for European restaurants near you.. Bushmills is a village on the north coast of County Antrim, Northern Ireland. Bushmills had 1,319 inhabitants in the 2001 Census. It is located 60 miles (97 km) from Belfast, 11 miles (18 km) from Ballycastle and 9 miles (14 km) from Coleraine. The village owes its name to the River Bush and to a large watermill that was built there in the early 17th century.
Things to do in Bushmills 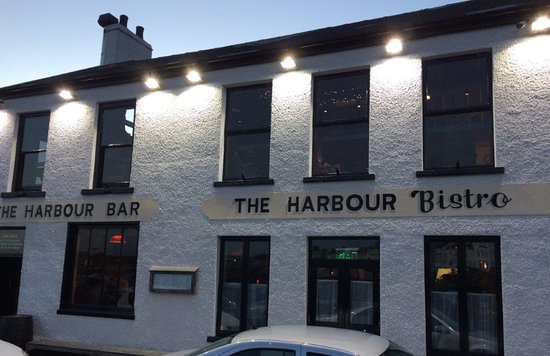 Family of 5 ate dinner here. Food was decent, not great except for maybe the Sea Bass which was really good. But the service was very poor. We ordered drinks with the food and did not receive them until we were 3/4 thru our meal. We asked our server 3 times and even 2 other servers. I was getting ready to call over the manager when our drinks finally arrived. And the drinks included tap water. So basically we ate 3/4 of our meal without and drinks. Very frustrating. The other complaint was it took a long time to get our bill. Other patrons were lining up at the bar asking if they could pay there. So that is what I did. And got out of there.I would not recommend. 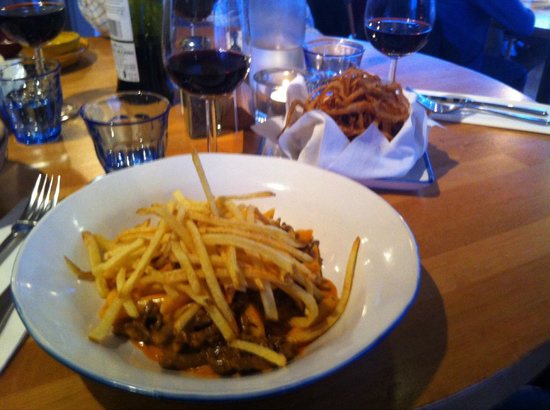 We went as a group of eight people for a 70th Birthday celebration. We were informed at the time of booking, at the confirmation of booking and TWICE on arrival we only had the table for two hours. Ok, we get it. If this is the case, it is the responsibility of the wait staff and the kitchen staff to get the food out in a timely manner. After an hour and a half, 20 minutes after the starter had been cleared, 6 of us had our mains, but there was no sign of the other two. We had to ask if they were coming. We were told, "The chefs are all about the presentation", though clearly not about making sure we all have our food at the same time. And clearly not about making sure we have time to have our meal. After the main course, we were not asked if we would like to see the dessert menu, again we had to ask for it. When the waitress came to give us the menu, we were told we couldn't have the chocolate fondant as it took 10 minutes to cook and we didn't have time. Maybe if we hadn't had to wait for half an hour for our main courses, we would have had time. Maybe if we hadn't had to ask for a dessert menu we would have had time. We were not slow eaters and the manager, after checking the timings admitted there had been a delay. He gave us a "round of drinks" off the price as compensation. This amounted to a bloody Mary, a cider and a coke (as all the other drinks had been wine). Great. We ate our celebratory meal with one eye on the clock and were made to feel like second class citizens.I was so conscious we had to be out. The wait staff, managerial staff and chefs ensured our celebration meal was nothing like we'd hoped for. Really disappointed. 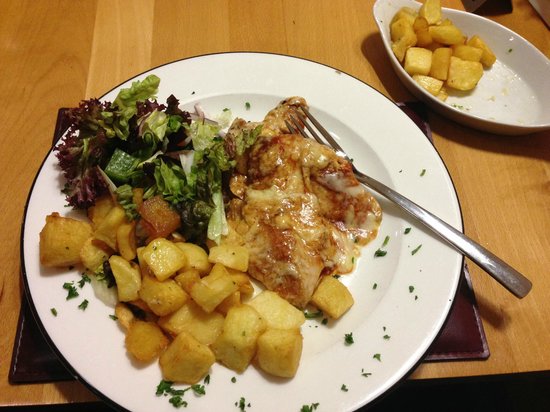 Went for early evening meal good choice on the menu and a great deal for two our three courses The service was excellent the staff were friendly and for a Tuesday evening a good number of people dinning.Would recommend the steak burger followed by the homemade apple pie William thank you for your wonderful review. I will be sure to pass your comments on to our Bistro team and I know they will be delighted that you found the service to be excellent and friendly. Thank you the recommendation of the Burger and the homemade apple pie we are very glad you enjoyed it. We look forward to seeing you again soon. 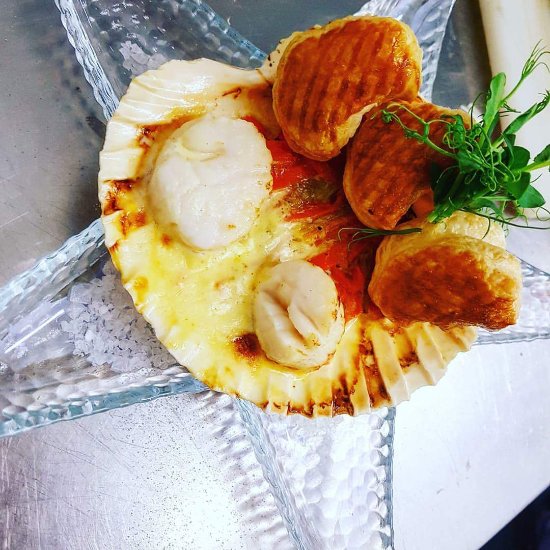 We were rather underwhelmed with our food here..possibly just bad choices. We shared a plate of 6 tapas which was quite miserable...I know tapas is small plates but this was very small indeed....friends had paella for two which was delicious and would highly recommend that dish. I ordered the chicken main course which was small but at Â£8.95 I wasnât expecting a huge meal...however I did expect it to be hot (or at least warm)...it was neither. It was quickly replaced with, this time, a hot meal which also had a lovely creamy pepper sauce which the first plate didnât have! The chicken though small was perfectly cooked, moist and tender! Probably wonât go back.....which is a shame as I had heard so many good reports! 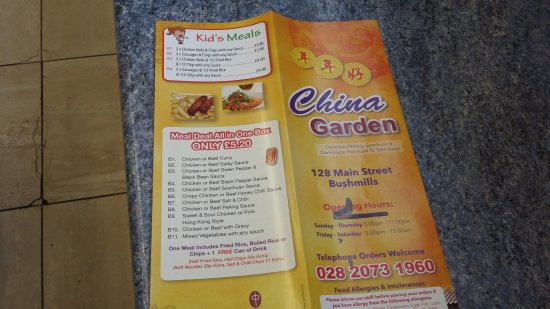 I love having a Chinese takeaway on a Saturday night and judging by the number of people ringing in orders or in the shop so do many others.I have always found the food tasty and quickly prepared and this preference has become a regular occurance for us when we are staying in the vacinity. 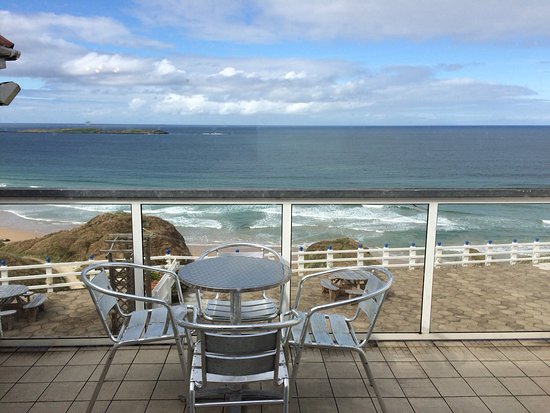 We had lunch during a excursion. No expectation but what a nice meal. 3 buses were served at the same time withiut any delay. the staff was perfect. Beef was excellent. Just beside the famous Royal Portrush Golf Club (The Open 2019). Would stay there at another independant travel. 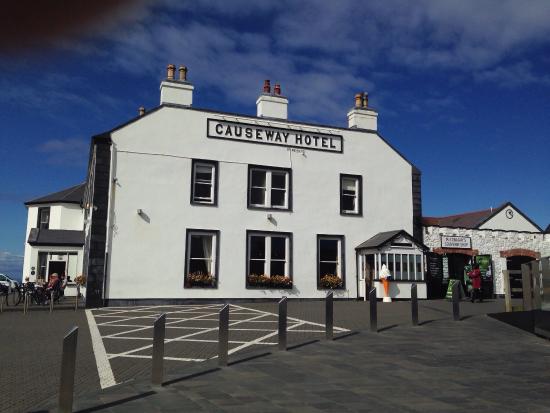 Good service. Old fashioned lobby, bar and restaurant. Sunday lunch - traditional. Fish and chips with mushy peas excellent. One person had two appetizers: chicken tempura and something else (can't remember). Two had three meat special (turkey, ham and beef) with potatoes. TUrkey and ham good. beef not so much. but we were happy with all else.Thank you for taking the time to tell us of your recent visit. delighted to hear you had such a great lunch, I have noted your comments regarding the beef and will the Chef address this. I very much hope that this will not deter you from returning again in the future. Hope to see you again next time. Many thanks. 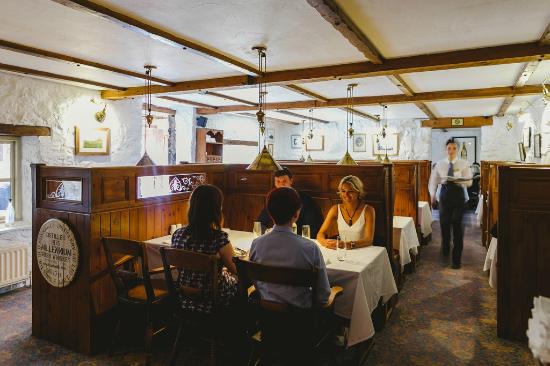 one of Ireland's and the UK's most loved hotels which fuses traditional charm and bags of boutique luxury to deliver the best in hospitality in an area of outstanding natural beauty in Northern Ireland. Roaring peat fires, nooks and crannies and a secret

I was with a tour group and we stopped in for a "Carvery Lunch" at Bushmills Inn. Ham, Beef, and chicken were available, and all was delicious. We went through a buffet line where servers dished out whatever you indicated. The food was luxurious, and from the looks of it, this is a very pleasant place to stay.

Where to Eat in Bushmills: The Best Restaurants and Bars 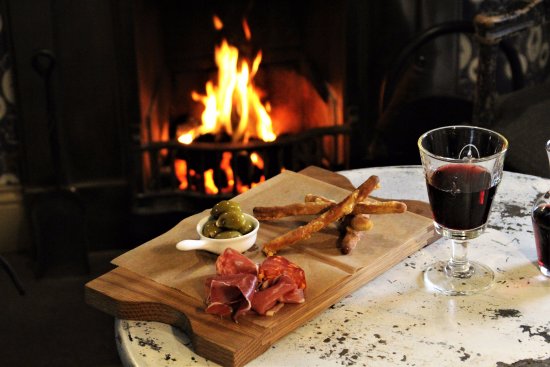 The French Rooms is situated in the heart of the Bushmills, home to the world's oldest licensed distillery and the Gateway to the Giant's Causeway - a World Heritage site. Our vision is for a warm, welcoming and informal setting, a place to meet up with f

We called on a dreary morning for a late breakfast which was delicious. I chose the eggs forestiere which was two pieces of sourdough bread topped with yummy mushrooms and two beautifully cooked poached eggs! Loved it ....an interesting breakfast menu..my husband chose the Brioche bun with crispy streaky bacon and declared it delicious!

10 Things to Do in Bushmills That You Shouldn't Miss

1. Tartine Restaurant at The Distillers Arms 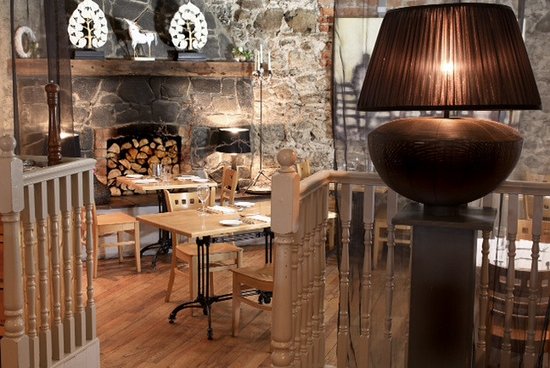 We decided to spend our first night at the Tartine Restaurant and were not disappointed.Excellent food and service, generous portions and atmosphere. The highlights of the evening are numerous but would recommend Oysters Rockefeller, Beef Brisket and Sirloin, Cheese and Biscuits. Would certainly return if next in Northern Ireland . Thank you for an enjoyable evening