Reviews on Bar food in Port Glasgow, Scotland, United Kingdom. Port Glasgow (Scottish Gaelic: Port Ghlaschu, pronounced [pʰɔrˠʃt̪ˈɣlˠ̪as̪əxu]) is the second largest town in the Inverclyde council area of Scotland. The population according to the 1991 census for Port Glasgow was 19,426 persons and in the 2001 census was 16,617 persons. The most recent census in 2011 states that the population has declined to 15,414. It is located immediately to the east of Greenock and was previously a burgh in the former county of Renfrew.
Things to do in Port Glasgow 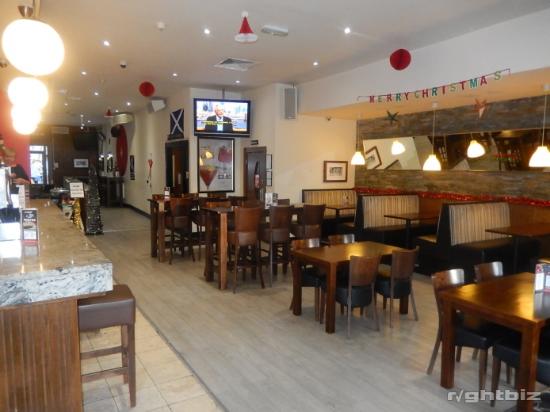 This is a modern and cosy venue, situated in the town centre, offering quality foods and drinks at value for money prices. Excellent customer service. You get a lot for your money.

Six of us went in for late lunch. Service great. Between us we had 4 different meals from the menu. The food was really good,It arrived promptly and hot. The bill for drinks and the food was reasonable. Itâs location is central and the decor is lovely. It has been over 25 years since I was in Tokyo Joeâs but we enjoyed it so much the six of us have arranged to meet here next month again.

Embracing the rural charm of its tranquil, scenic setting, The Commodore offers a modern twist on traditional country pub dining. As well as offering a beer garden for enjoying summertime dining, the cosy dining room is filled with rustic original feature

We came here for a family dinner for my sons 21st birthday, great food and friendly helpful staff who know how to laugh at a bad dad jokeHey claire! Thank you for your kind comments about your experience with us!We look forward to seeing you soon.From all of the team at The Commodore. 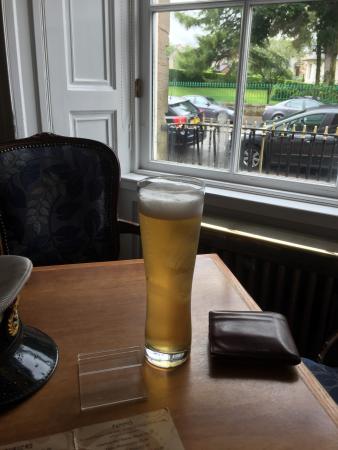 The Tontine Hotel is a Greenock institution, a well loved local landmark. The proprietors have a very hands on approach to management. Service is friendly and quick, food is fresh and varied. The hotel offers all levels of catering from mid-morning coffee to banquets. A lot of money has been spent to good effect in renovating the premises and engaging the function suite. All in all, an excellent and trusted hotel and restaurant.

6 Things to Do in Port Glasgow That You Shouldn't Miss 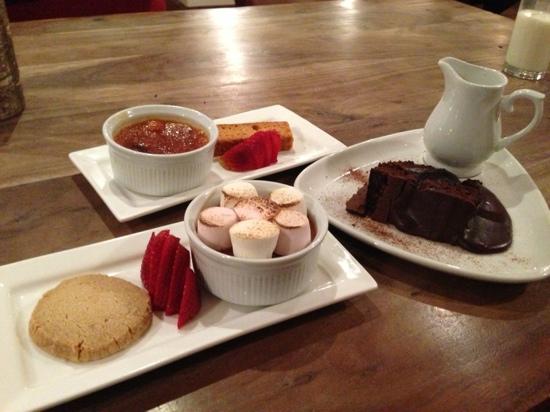 This Is A Family Owned Rest Which Has Been Going For A Few Years, It Is Very Popular With Local People And Very Close To The Cruise Terminal

Came here based on TA reviews and wasnât disappointed. The venue is open and spacious and if Iâm honest well finished from what I saw.The staff are friendly and welcoming, the menu has something for everyone I would say. I had the Pasta Pesto and it was good, very tasty and a good portion, maybe some bread on the side would have been nice but no complaints from meYes, I would recommend and would come again! 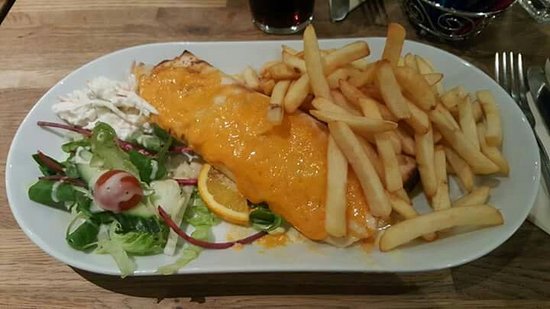 A family run business based in the historical town of Dumbarton providing a variety of main meals, snacks and beverages and a variety of daily specials with prices to suit everyone.

Some friends and I had dinner together here recently. Perfect meeting point for us at this cosy bar. We had a range of dishes between us such as Chicken Enchilada, Chicken Supreme (their version) and Nachos as a main. Soooo good, each dish was super tasty! Friendly service and great prices, we will be back again.

Where to eat Italian food in Port Glasgow: The Best Restaurants and Bars 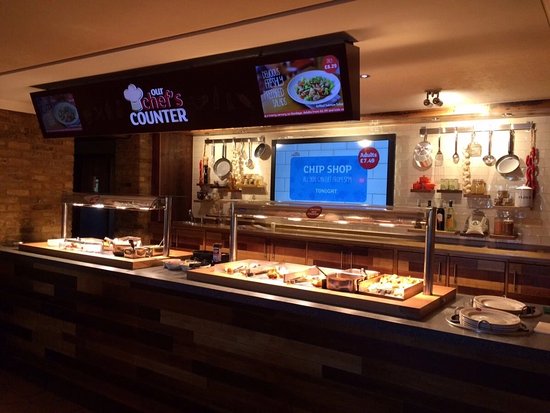 Family friendly restaurant situated on the banks of the Clyde. Great for kids with our indoor play area and large outdoor seating area for those sunny days.

Arrived yesterday to spend the night in the Premier Inn as we are heading to Skye for the week, we are from Kent and it has been a long drive, now all i can say our room was fantastic & quiet and then for breakfast excellent very warm welcome from the girl who met us at the door, explained the breakfast details and we got an fantastic table by the window with spectacular views over the Clyde, breakfast was table service and came in great time, we got approach from the manager Martin asking how our breakfast is, and did we sleep well. such a gent made conversation about our travels and telling us more about the views around us, such a pleasure to have stopped by. HIGHLY recommend, myself & wife will be returning. Thank you.

Really enjoyed 1st time at this restaurant. Great food, lovely staff and very comfortable decor. Wet Monday in Greenock doesn't usually inspire anybody but so glad we tried this wee gem. All food was excellent but OMG Sticky Toffee Pudding to die for. Definitely go again.Thank you so much for your kind review. Im delighted to see that you enjoyed your Twist experience and we look forward to seeing you again on your next visit. Thank you From Team Twist. Stevie 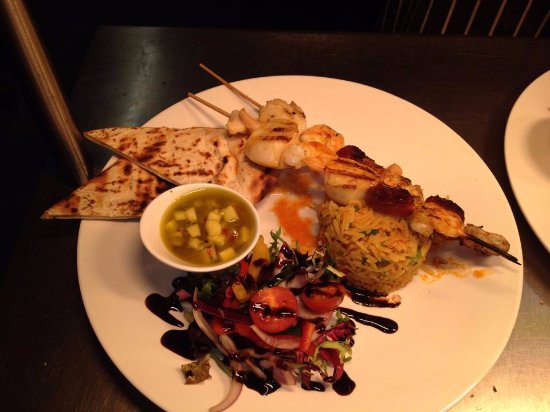 The Exchange serves food daily from 10am. We have everything from full scottish breakfast to 10oz fillet steaks on our menu. We are proud to announce that all our dishes are prepared using fresh local produce, we dont believe in frozen food!!We have live

Came here today for my sons birthday 25th, the service is good and the staff ok. I've been here before a few times but not reviewed as my opinion differs from my wife's.... Today we had a few different dishes, my son had the lentil soup to start, which to be fair was exactly what it said in the menu....but smelled funny, unpleasant funny and tasted like salt and pepper had gone on holiday...bland was not undescriptive enough. My wife and I shared the charcuterie....which was ok, although the olive oil/balsamic required the power of a 1.1gigawatt blender to attract the balsamic to the bread when dipped. Next the mains, my wifes pork loin looked amazing but was dryer than an arabs dap, (a dap is a sandal) my son had the macaroni cheese with pancetta....well where do I start...it looked good, it smelt good, it delivered bland pasta with crispy bacon (not panchetta), salt and pepper were still missing. I had the monkfish/prawn jerk kebab with mango and rice. The fish smelt off but I persevered and was ok, the mango was freezing and looked older than my mother...the rice clung to itself like a recovering drug addict...all sweaty and bland, definitely miss the aforementioned salt and pepper. Desert was not attempted. After the initial attentiveness off the staff it seemed a bit mission impossible to get them to provide much service thereafter, my wife called the restaurant we were in just to order the bill from our table.....This place used to be quite good but seems to be declining, which is a shame. 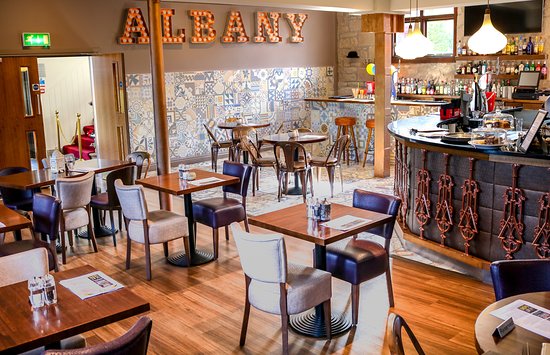 Thereâs a great vibe at The Albany as our refurbished Bar & Cafe/Brasserie is now open! The new relaxed atmosphere, extended bar and seating area gives you more space and a fresh look; perfect for chilling out whilst enjoying some refreshing drinks and de

Visited here with two friends today to sample their afternoon tea.Sandwich selection was average really not any unusual/inspiring fillings.Scones were all plain perhaps fruit would be a better option?I had a small macaroon which was nice,there were other small cakes too.Additionally a tall shot glass with something which looked like Chantilly cream & coulis on top,my friends said it was very sweet.We opted for a bottle of Prosecco with our teas & coffees.Finished the afternoon off with a cocktail each which for me was the best part of afternoon.It was all ok but just ok,not sure I would want it for a special occasion/ celebration.Thank you for your review. The tall glass was a homemade cheesecake souffle accompanied with a raspberry coulis. We offer a wide range of sandwich fillings for our Afternoon Tea which everyone can enjoy e.g vegan fillings, traditional fillings and gluten-free options. In the past, we had unusual fillings however we were constantly being asked for the same fillings by our customers so we now cater the sandwiches with traditional fillings which seem to be the most popular... So pleased you enjoyed your cocktail, they are all really tasty! Afternoon Tea Week is 12th-18th August 2019. If you decide to book with us again please be sure to ask for a varied sandwich selection and ask for Afternoon tea with prosecco...it'll save you money instead of buying a bottle. Thanks for your review. 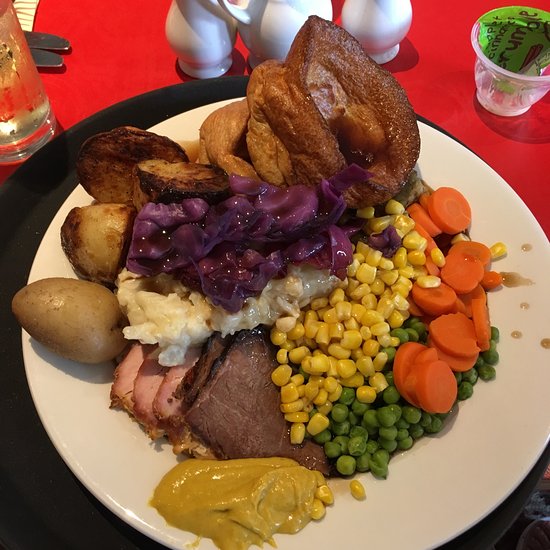 Family friendly restaurant serving a wide variety of main meals alongside our signature Carvery roasts. We have a large beer garden equiped with child's play area and an indoor toddlers activity area.

I have eaten at this carvery/restaurant multiple times over the time it has been open.I visited yesterday mid afternoon for a leisurely lunch. The decor and cleanliness are good as are most of the waiting staff.The Carvery section had 3 roasts available Turkey , Gammon and roast Beef.The Turkey was pleasant and the Carvery chef was pleasant. The roast beef was tough tasteless and shocking really. The Veg selection was good generally except for the boiled potatoes these were either undercooked or waterlogged basically inedible. This has been a gradual decline from good quality to poor a real shame. The price is reasonable but the quality of beef is not acceptable. Soft drinks are expensive but you do get free refills. Deserts like the beef have really slipped in quality.Sadly I will be hard put to spend my money here in the future.Hi there, Thank you for your feedback. I am sorry to hear the beef and potatoes were not to your liking, and will pass on comments to my hierarchy. I do hope we see you again.Team WW