The political, scientific, historical, architectural and business center of Russia, Moscow displays the country's contrasts at their most extreme. The ancient and modern are juxtaposed side by side in this city of 10 million. Catch a metro from one of the ornate stations to see Red Square, the Kremlin, the nine domes of St. Basil's Cathedral, Lenin's Mausoleum, the KGB Museum and other symbols of Moscow's great and terrible past, then lighten up and shop Boulevard Ring or people watch in Pushkin Square.
Things to do in Moscow 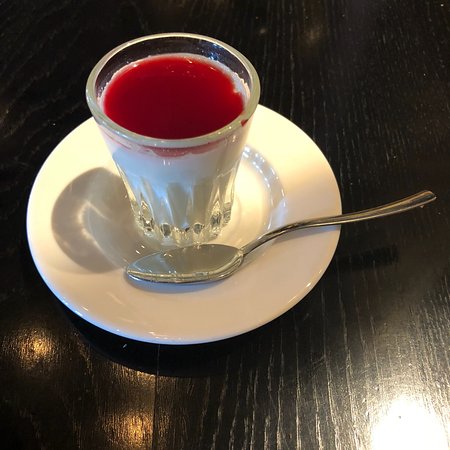 Restaurant is designed as a Ukrainian peasant house. In the centre of the restaurant there is a small yard with live domestic poultry and cattle: hens, turkeys, a sheep, cow and small rabbit. There are 6 rooms around the yard. Four of them have windows with the view of the yard.

The restaurant is very cozy with a particular relaxing atmosphere. Obviously the fact that there are the animals makes the restaurant worth to see. The only problem is that the waiter forgot to bring us the wine even if we asked for it two timesDear Gian Marco, Thank you so much for your review. We’re glad you had good time in Shinok restaurant. We’re sorry you had such experience with the waiter. We will do our best to prevent it in the future. 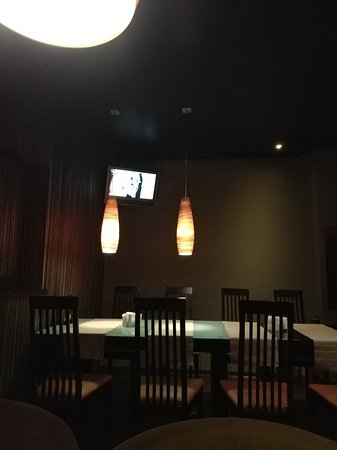 Interesting setting and 50% discount for meals during the afternoon (we had lunch at 13.30 and it already applied). Steaks are the specialty, but there are many other proposals worth trying: everything is good, including service and pricing, quite reasonable. I had salad with fried aubergines, filet mignon with steamed broccoli and baked potatoes (all excellent) and finally a wonderful fresh fruit salad + coffee (see attached pictures). I would definitely go back and therefore recommend it. Not far to reach by car from Sheremetyevo. 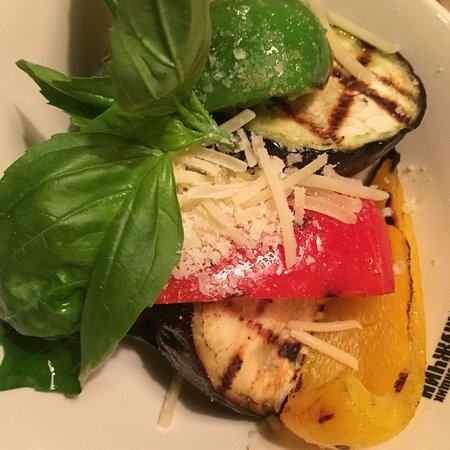 Bison steak house is a steak house for real men. We love meat and we invite you to come and enjoy our signature steaks and meat dishes. There are classic and alternative steaks in the menu of Bison steak house. Cooking an alternative steak takes specific knowledge and skill. We became the first steak house in Russia which started cooking alternative steaks. On a regular basis we introduce to our menu unique steaks and exclusive dishes from our chef. We want you to leave satisfied and happy every time. If you don&apos;t like your steak, we will cook a new one or return your money. And if all the tables are occupied, you can order any drink at the bar for free. We will cook you a perfect steak. If not - you won&apos;t pay for it!

If you are looking for the best than this is the place. The waitress show us the steaks they had and help us to choose the appropriate wine. Very very good. And course expensive to. 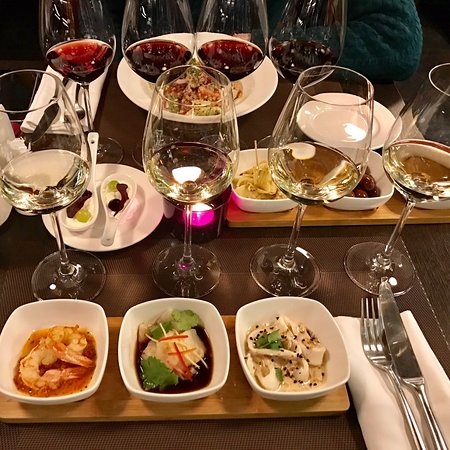 Our project have a specific goal - to show people an honest wine. The food is fully consistent with the concept. The direction can be described as a combination of Nordic and Asian cuisines, where the latter is represented mostly sauces and spices. There is, as the author&apos;s position, and the classic "wine snacks" such as cheese, sausages, Parma.

Opened by the the winelover man who is trying to impart taste for a true wine.
True wine he called is a wine which made without any mass markets ambitions by people who are fan of wine as a philosophy not just a wine as a product to sell.
The food list is not wide,but you will have your food for sure.
Try the beef cheeks - one of the best in town.Especially with red Burgundy accompanied 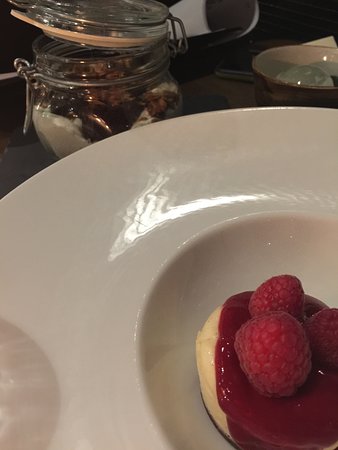 This is my second visit to the place. It is very trendy and you can feel it from the first moment you get in. It is the best during good weather since they open their huge windows in the main hall of the cafe and though you sit inside it feels like you are being on a Terrace. There is also another Terrace at the back, though not that posh.
The service is casual, friendly and efficient.
The bar menu is something definately worth giving a try. I suggest to try something from their specialities, especially those made with egg yolk, if you like. But a cocktail is a must here.
The menu is very short thus presuming that every dish should be a masterpiece which wasn't the case. Half of what we tries was really good, the other half was so-so. Octopus was Ok but not too good, so was mackerel.
Hamon with fig is a must-try, so it their bread. We also had decent fish and buratta.
Overall a good place but they can do a better job with the menu. Otherwise all cool. I suggest.
See my photos made with Relonch camera for a better impression. 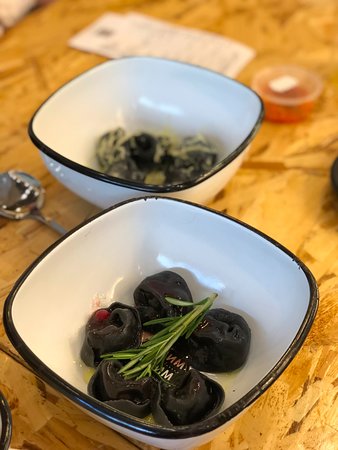 Visited here once in March.
Have been here one year earlier and still everything works!
Food is good, they speak English and pricelevel is very reasonable.
I can still recommend this restaurant. Perfect for lunch! 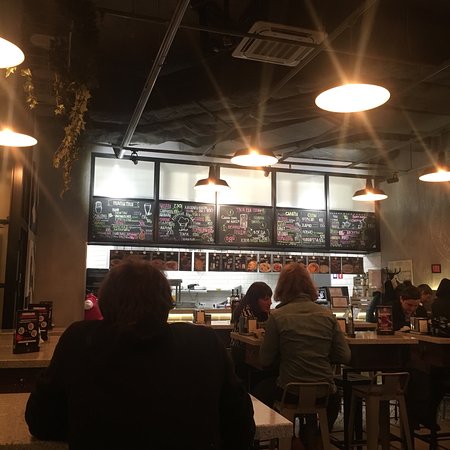 Cheap prices, big portions, delicious Georgian food and drinks -- if you expect it to be a fancy restaurant, it is not. It's just a chain, which looks like a soviet cafe (which is a plus) but painted and decorated by hipsters. Have been going there for a couple of years now occasionally and if i have to choose where to eat, KFC, McDonalds or Vai Me! - I'd choose Vai Me. Very tasty hinkali, what can i say. 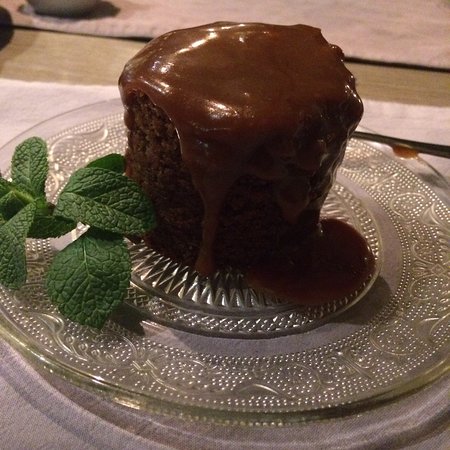 I heard about this restaurant from my colleagues who like to frequent it and gave it a try with my husband. We got there in an off-peak time so we got seated without a reservation. The staff is friendly and nice, the decor is stylish. And the food is fantastic. Everything was delicious, filled to the brim with different tastes. It was wonderful. The cocktails were also very good. The pricing is mid-range, you get value for your money. I will be coming back. 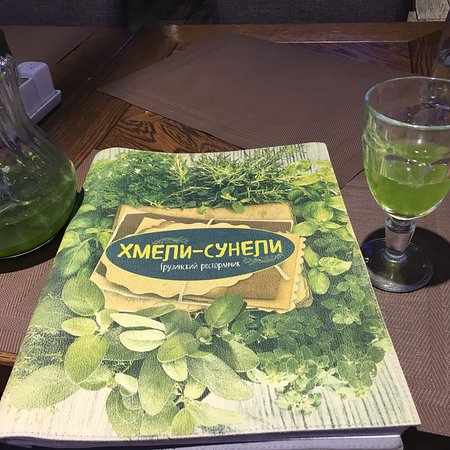 I was not thrilled to find out we'd booked a food court restaurant for the evening of the May 9th celebrations.
However, I was very very wrong.
The mall is modern and clean which helps.
The restaurant is clean and spacious. The furnishings are comfortable and not tacky.
Service was excellent our waiter was always there when needed and never there when he wasn't needed.
I have never experienced Georgian cuisine but we had gone with the intention of having shashlik (basically grilled meat on kebab sticks).
The menu was in Russian with a very good English translation underneath. The pictures were clear and from our experience depict exactly what you'll get. As seems common in Moscow, the portion weight in grams is also displayed.
We had a starter each and 4 sashliks, beef, lamb, pork and mince. We also had the traditional Georgian bread with egg "Khachapuri".
We also had a bottle of wine.
The food arrived at the right time - not too quick or too slow.
It was all amazing.
Clearly fresh and prepared to order.
The meat was tender and tasty and seasoned with wonderful herbs etc.
The bread was unbelievable- I could eat it all day everyday for the rest of my life.
The cost: more than your average Russian restaurant- we payed 4000 rubles but didn't really need 2 shashliks each. You could easily have one each and add a salad or something.
All in all, an excellent experience and I'll go back when I'm next here.
Thanks to all the staff