Top Things to do in McMinnville

McMinnville is the county seat and largest city of Yamhill County, Oregon, United States. According to Oregon Geographic Names, it was named by its founder, William T. Newby (1820–1884), an early immigrant on the Oregon Trail, for his hometown of McMinnville, Tennessee. As of the 2010 census, the city had a population of 32,187.
Things to do in McMinnville 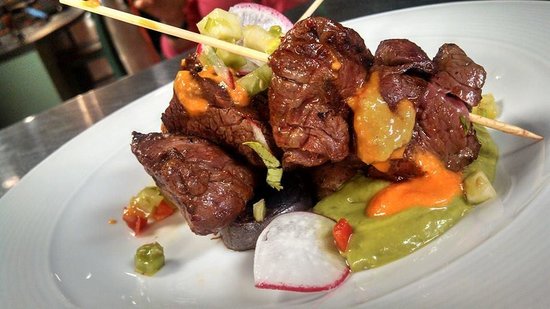 We were quickly seated and greeted by our server. Allergy infomation was clear and the server was well informed. Fair sized portions for cost. Order several plates to share! My son and his friend love the churros with chocolate dipping sauce. 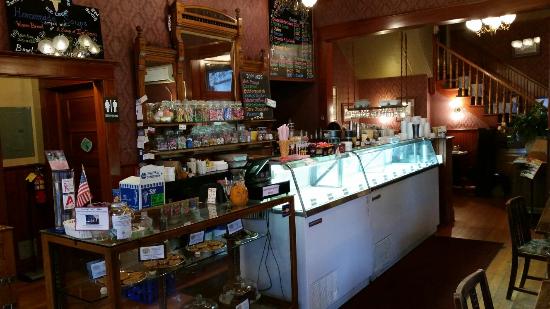 They have kids size for only two dollars versus some places that charge four! Great service and very historic atmosphere feels like you went back a 100 years in time! 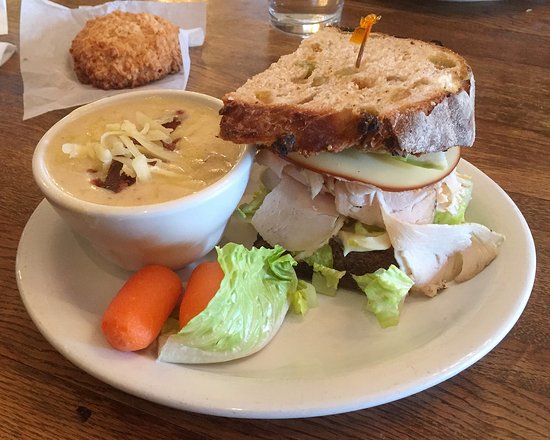 A locally owned and operated bakery cafe with coffee, superb sandwiches, fresh bread, and pastries. They are great for wine country picnics!

Definitely stop here for breakfast and/or lunch. The breakfast sandwich (on multigrain) is delish. Coffee good. We sampled several pastries, which were all great. Recommend the pan au chocolate (with and without strawberries). We did take out lunch to eat while at wineries-- that worked really well and the sandwiches were fantastic!! 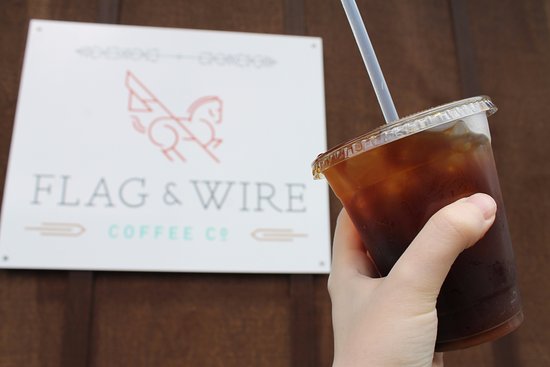 We've been in the Portland area for the past 2 months visiting all the top coffee roasters from Coava to Ristretto to Noble. Flag & Wire was an unexpected find welcoming us to McMinnville.

Unfortunately, most of the coffees aren't our preferred profile so very limited in choice. We had hoped to try the Benevolence but it wasn't on the schedule. Thankfully, the barista was willing to make it up for us using the aeropress (it's rare to find cafes that can/will do this); made our day! It was excellent - great depth of flavour, well-balanced without a trace of bitterness.

Not the most attractive cafe we've been in, or the most comfortable, but it's fine. Could have been a bit cleaner (crumbs all over the bar where we sat) but I'm sure they would have eventually wiped it down. 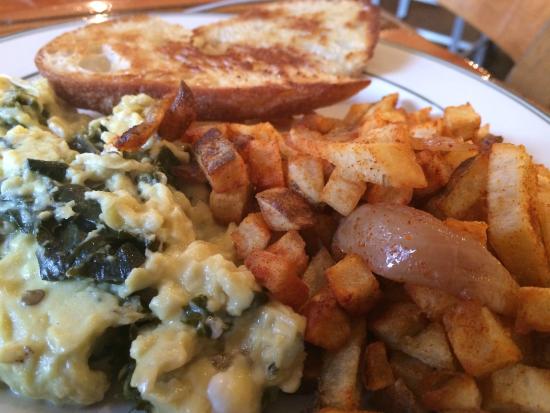 Community Plate is a nice place for lunch in quaint "downtown" McMinnville. The counter-service restaurant has a nice selection of draft beers and a moderately sized menu of breakfast and lunch items. I enjoyed the Oregon tuna melt sandwich which was good but not spectacular. I also had a chance to try the grilled cheeses sandwich with bacon and fresh jalapeno, which was very good. The pricing is a little on the high side, $12-14 for sandwiches.

Facing a 45-km drive in caffeine deficit and rain, we dropped into Union Block Coffee for a cappuccino and scone, before navigating back to our motel in Salem. With Sheila, our frequently-confused Aussie Navman GPS (sometimes) in control of directions, additional caffeine is always a must... .

While surprised to find just one size option in cappuccino, I was nevertheless recharged. A warm blueberry-lemon scone helped, too.
Free, fast wifi, recharging stations and friendly service all topped-off a happy visit to this pretty city... . 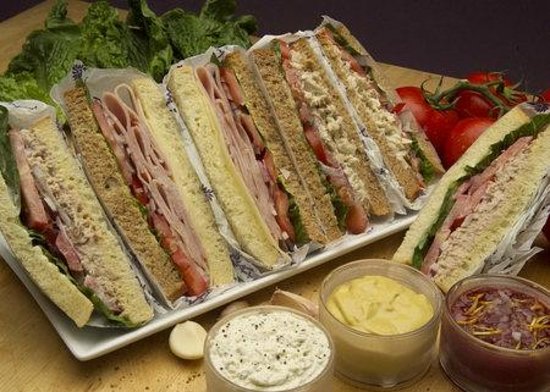 Great Harvest Bakery Cafe&apos; is not just “a bread store”; it is a place where our customers can enjoy bread in all its shapes, flavors, and forms. Our sandwiches are unlike any other because someone is paying attention to the thing that makes a sandwich a “sandwich”. Finally, there is a place where the “outside” of a sandwich is as good as the “inside”; a doubly delicious sandwich, inside and out, without compromise. It is the taste of our bread that stops people in their tracks. Like a great wine that is selected to amplify the enjoyment of a great meal, fresh bread curated to compliment the right mix of interior flavors will bring customers back again and again. This is Bread Heaven. We are also defined by our people, the friendly and caring people that produce and serve the amazing products. Not just a bakery, where customers pick up their bread and leave but a Bakery Cafe where they can sit, enjoy, and savor the aroma of the thing that kindles their memories.

Best bread we have ever had. Outstanding. Customer service outstanding as well. We had the Cobb Salad Sandwich in Honey Whole Wheat, cannot say enough about it. Also took home a Cinnamon Chip Loaf. Delicious. Free slice of bread from the Bread Bar while you wait with real butter. Also had a the best Salted Caramel Cookie, Yum! 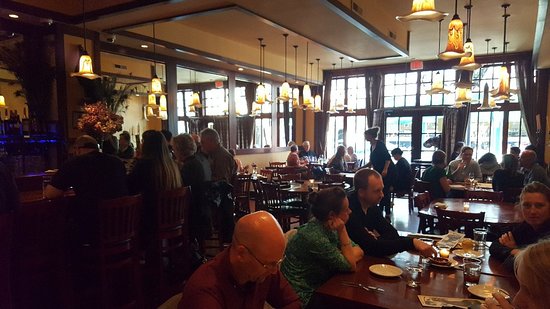 La Rambla is the ideal destination for anyone looking to enjoy a culinary gem nestled in the heart of Oregon&apos;s Wine Country. One of the Willamette Valley&apos;s most unique dining experiences. Deftly blending Spanish influences and classics with the freshest ingredients the Northwest has to offer. One look at the satisfying tapas menu, and you&apos;ll be tempted by such classics as Sauteed Garlic Chili Shrimp with Calabrian chilies, Oregon Mushroom Cocas with arugula, La Serana cheese and truffle salt, Lamb Stew with rutabaga gratin and Classic Paella. The wine list, one of the most extensive in the state, has won Wine Spectator &apos;Awards of Excellence&apos;, Wine Enthusiasts &apos; Most Friendly Wine Restaurants&apos;, Oregon Wine Press &apos;Superior Cellar Award&apos; with 400 entries form Oregon and Spain. A large selection of Spirits and Cocktails as well. La Rambla delivers a memorable culinary experience for an intimate meal to groups ready to top off a day of wine tasting with good food and good company.

By happenstance, we had dinner last night at La Rambla in McMinnville and it was something very special. The place was warm and charming and packed with people. There were no tables until late so three of us sat at the bar. The food is...MoreThank you so much for taking the time to write your wonderful review. I'm so happy you enjoyed your visit to La Rambla, we hope to see you again. 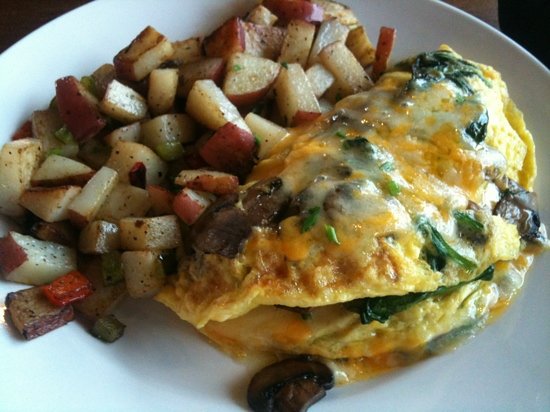 Crescent Cafe was started in 2007 as a local, family-owned restaurant focused on serving quality breakfast and brunch. We strive to serve the freshest, seasonal ingredients and create a cozy and relaxing atmosphere for our guests. Our bread and pastries are baked fresh daily and our menu rotates often, so there is always something new to try! We are open 7 days a week and serve breakfast and lunch Monday-Friday from 7:00am-2:00pm and brunch Saturday and Sunday from 8:00am-2:00pm. We serve beer and wine and are well known for our Mimosas!

Tasty well-prepared plates that arrive quickly from the kitchen makes the occasional "wait" for a table worthwhile. Our grand-daughter is part of the clean plate club when she dines with us, their Mac n Cheese is that good!! Delicious slices of bread and pots of jam accompany many of the breakfast entrees and your plate arrives at the proper temperature. It's a small Cafe with a big feel because of good lighting. 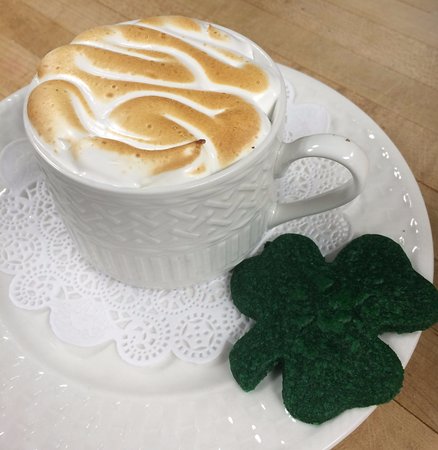 The beautiful trees were turning when we visited the Oregon Wine country in the Willamette Valley in October. We found this local gem and had a wonderful lunch. Owner/Chef is French and we had Escargot en Croute' de Bourgogne, a great Vichyssoise, seafood salads and a really good French Chablis. (HUGE French wine selection!) Warm, attentive service and the Chef's wife was a charming hostess.