Top Things to do in Harare

Harare (/həˈrɑːreɪ/; officially called Salisbury until 1982) is the capital and most populous city of Zimbabwe. Situated in the northeast of the country in the heart of historic Mashonaland, the city has an estimated population of 1,606,000 (2009), with 2,800,000 in its metropolitan area (2006). Administratively, Harare is a metropolitan province, which also incorporates Chitungwiza town and Epworth. It is situated at an elevation of 1,483 metres (4,865 feet) above sea level and its climate falls into the subtropical highland category.
Things to do in Harare 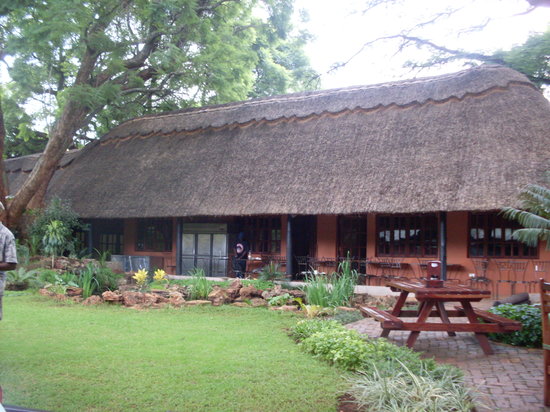 What to expect from this establishment is good food and good service most of the time....I like the ambiance and that the patrons are usually multi cultural and multi racial...it's a good place to meet people from all walks of life Situated in the heart of the Northern Suburbs of Harare, Amanzi Restaurant is set well back from the road in 4 acres of beautifully landscaped Gardens. An old farmhouse, architucturally converted to a stylish modern restaurant. Amanzi has the capacity to seat 100 people. Amanzi offers it customers "fusion" cuisine. The decor is a sophisticated blend of interior styles created to form a backdrop for unusual collections of African antiquities and contemporary art. The water feature is stocked with koi carp, and is floodlit at night. The property is noted for its collection of indigenous trees, predominately msasa, and colourful shrubs, which provide a cool, restful atmosphere.

This place has made charging outrageous Paris Michellin star priices for lacklustre boarding school fare into an art form.
"Almost aspriring to mediocrity" would be an undeserved compliment.
In the late 1990's and moat of the 2000's, this place was imaginative and tasty and not outrageously priced.
Mugabe's tiresome tyranny has worn the owners out and stripped the entire kitchen and management of all vestiges of hope .... and that is reflected precisely in the offerings.
Its reflected too in the lovely Gardens where despite being middle of the rainy season even the olants are looking tired.
So sad.
Expect $50-$75 per head without even a moderately acceptable South African wine.
Stay away until a new wind blows through. I was here for a work dinner with colleagues and overall a good dining experience. Staff was very attentive (one waiter stood next to our table the entire time). There were a good number of other large parties around the restaurant but spread out enough that everyone at our table of 9 could easily hear each other when speaking. The restaurant itself is housed in a very nice building which gave you the feeling of sitting in a dining room of a wealthy individual rather than a sterile purpose built restaurant. The food did take a relatively long time to arrive but was hot when it arrived at least. The Duck Confit that I had was very good but the Halloumi starter that I had tasted more like fried mozzarella sticks than Halloumi, but was still very good. Overall a bit pricer than most places in Harare but you certainly got what you paid for. If there was a special occasion, I would go back again. Only Portugese Restaurant in Harare

Simply delicious chicken in a no-frills environment. The gravy is amazing, mopped up with generous quantities of bread, We ordered the prawns too, which at the price were a bit of a splurge - they were very nice, but totally eclipsed by the lovely chicken. It was noisy, busy and fun - we were very happy we made it over there (and only a $5 cab back to Meikles). Make sure you bring a good appetite! A place home from home with good portuguese food, and chicken cooked on the charcoal. ( just like it should be.......)

Cannot praise this enough.
Have the whole baby chicken served hot.
World class.
And don't forget to have the bread rrolls with gravy and garlic before the meal.
Only criticism ??? They dont serve Zimbabwe' s fantastic local beers in bottles ... only cans. My pet hate.
Otherwise brilliant 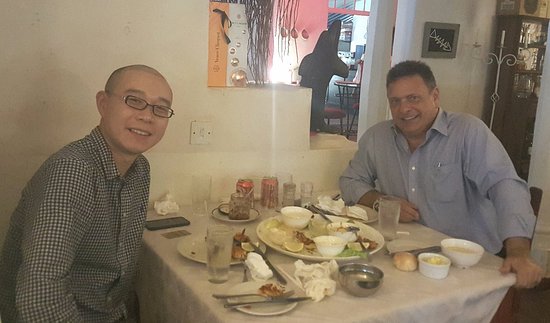 Fishmonger Restaurant (located at 50 East Road, Avondale & under new management in 2012) offers freshly-sourced Portuguese-styled seafood dishes & platters; a variety of crisp salads; local & imported wines & meat/ poultry options for the non-fish eater. Entrees are served with a choice of chips, rice or potato. Close to the CBD, the avenues & the central hub of the Avondale area, it is well placed & convenient for business lunches, special occasion dinners & family-oriented Sunday lunches. Supervision of the dishes, as well as fresh seafood & fish brought in directly from Mozambique or the Cape maintains the high standard of the food. Generous portions are an added plus! Fishmonger has built up a reputation which is apparent in its repeat clientele & long-standing regulars.

The food was ok. The portions were small for the price. The wait staff was efficient and attentive. The kitchen was slow. The beer was cold. While not my first choice I would eat here again. 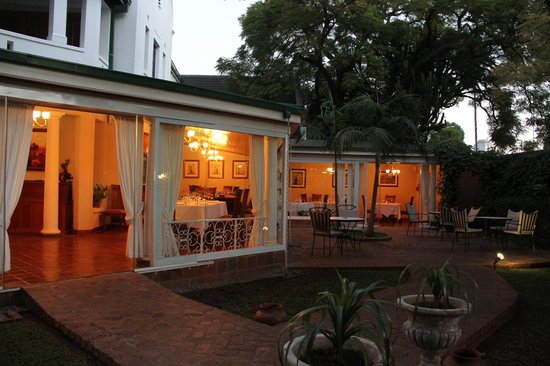 Emmanuel&apos;s focuses on the use of fresh, local and wild ingredients in a unique setting. We feature the best in fine dining, quality wines and impeccable service. Guests will enjoy some of the best dishes in Harare in an elegant and relaxing setting. The menu changes frequently to ensure each visit is uniquely delicious.

Wonderful meal and service in a relaxed, cozy setting. Delicious cocktails as well. Very attentive Waitstaff, but not obtrusive.Thank you for reviewing your wonderful dining experience and for recommending us on Trip Advisor. Regards Famina 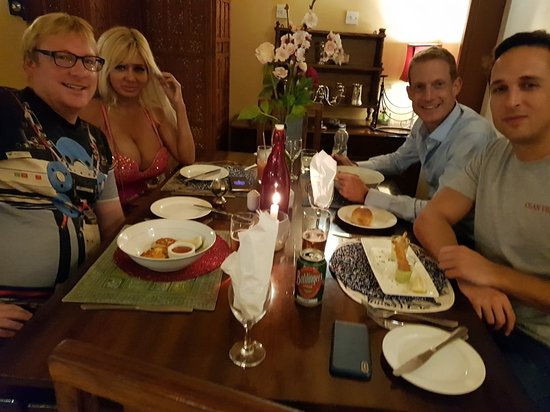 A beautiful setting, a home away from home. Offering delicious a la carte meals lunch and dinner as well as a lunch special menu served 7 days a week. Also open for breakfast, teas, coffees and cake. You will be warmly welcomed by adrian and lesley

We loved sitting out on the patio for dinner. The ambiance was great. We had a large group and they accommodated us perfectly. The food was very good. The dessert was good. All in all, it was a great place for a dinner. 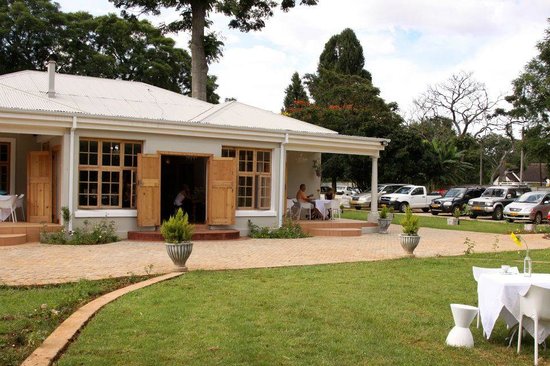 I've had bad pizza around the world but this one probably beats them all. The first problem: the base: way too soft and not crispy. The middle is overloaded with cheap cheese (not mozzarella, which is unavailable in Harare), which results in the base remaining insufficiently cooked in the centre. So, when you lift one of the triangles it just breaks. Taste: horrible. And please, how can you mix bits of peppers with salame?! Digestion hasn't been easy either, though I had just a couple of pieces. To be fair, it is a nice place with good atmosphere and the kids loved it. I have eaten there before and I can say the sushi was tasty. I guess next time I'm going to have their Indian meal, which looked nice. If they only had a professional pizza maker teach them... 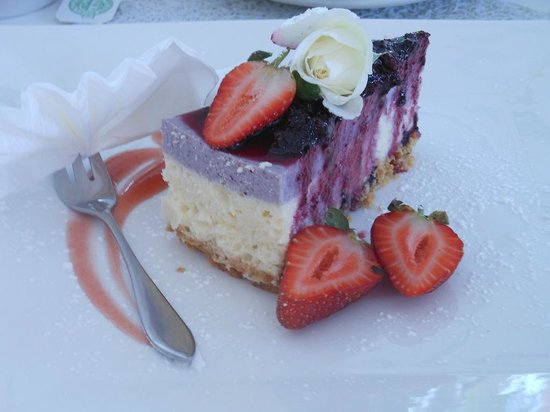 After a tiresome shopping at Sam Levy village with my daughter, we accidentally spotted Pistachio as it is tucked on a corner, but our mind was at Mugg n Bean. What a beautiful cosy eatery. I loved the colour scheme and the friendly welcoming waiters. We had gone for tea but after being given a menu we ended up eating a lunch. The food was fresh and tasty, served on wooden platters. The salads and their signature cream is just awesome. They serve you a free 'bread' (kudos to the baker's recipe), to excite your taste buds while you wait for your order. Unfortunately they dont open for dinner, why why???