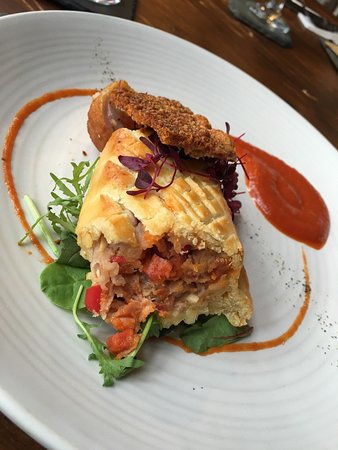 Had Sunday lunch at The New Inn and was very impressed with the quality of food, the standard of service and friendly welcome. A very comprehensive menu with some veggie options, we had the roast beef which was delicious. In my view one of the best pubs for Sunday lunch in the district.The pub is welcoming of dogs which is important to us when we eat out. 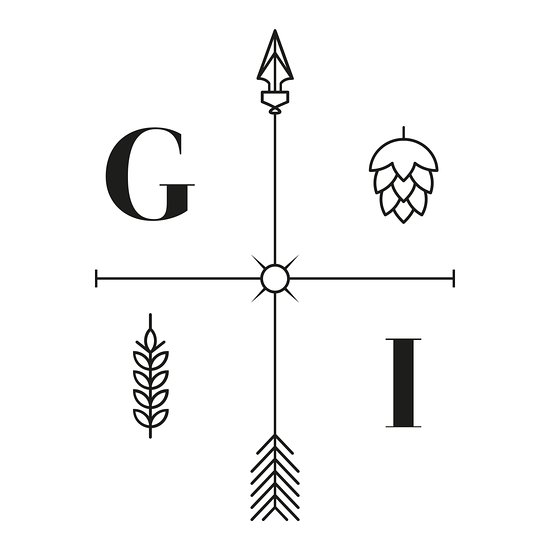 My wife and I visited North Devon for the bank holiday weekend and chose to spend all 3 nights here. Jimi and Sam were fantastic hosts and nothing was too much trouble. They recommend things to see and do and made us feel very welcome throughout our stay.The room was spotless and we loved the decor. The bed was large and very comfortable and the big rainfall shower was superb. Breakfast was made to order by Sam and was stunning. I could tell the food was fresh and locally sourced. My wife is a vegetarian and was delighted with the variety and quality of vegetarian options.We ate dinner here twice and both times we were blown away by the quality of the food, particularly considering how well priced the menu is. We tried the burger, steak, veggie chilli nachos and pulled pork, all of which were excellent quality and well cooked. My wife has family in North Devon who joined us at the Globe for dinner on Sunday and loved it. I think they may become Sunday regulars.The pub itself is what I would call a proper pub. The locals are friendly and up for a chat and Jimi's knowledge of beer is very impressive. They had a range of craft beers so I told him the kind of beer I liked and he recommended a few which all went down well (probably too well). The gin and rum selection was also very enjoyable. My pregnant wife was also impressed with the range of non-alcoholic beers and fizz. The music in this place is a other big positive for me. Jimi and Sam are clearly music lovers and have an awesome selection of vinyl. We enjoyed Bowie, Led Zep, The Hold Steady and Mansun.On our last night we took part in the pub quiz. The atmosphere was buzzing and we enjoyed the banter with the locals. The location was perfect for us too as we were able to get to Exmoor, Bude, Westwood Ho! and Dartmoor over the weekend.It's fair to stay we loved everything about our stay here and will certainly be back when we next visit Devon. 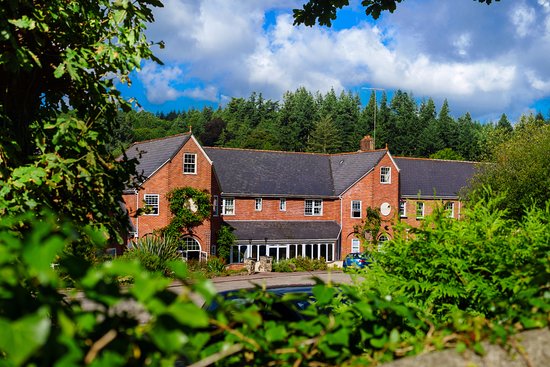 The Fox & Hounds Country Hotel in Eggesford (near Chulmleigh), is set in grounds bordering the River Taw, in the heart of the Devon countryside. This family-owned hotel and restaurant is a delightful and unpretentious spot for meals and riverside walks be

Two night short break, evening meal included on first night. Not a bad evening meal, but lacking in atmosphere. Breakfasts (both days) very good. Room excellent - location great for a dog friendly get away.Thank you for your kind review. I'm awfully sorry you felt our restaurant was lacking in atmosphere, it is a quiet peaceful one I'm afraid opposed to a busy pub. Hopefully we can welcome you back in the future for a longe rbreak. Kind Regards,Nick 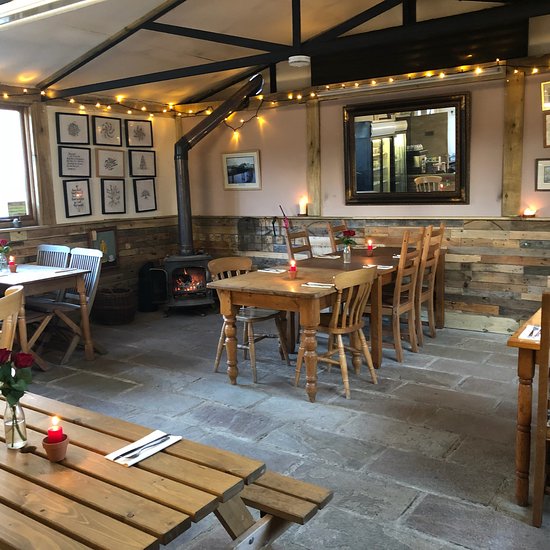 We are a small cafe situated in Eggesford station yard. We served breakfast Tuesday-Saturday until 12pm and lunch 12-3pm. We are also open every Friday evening serving food from 5.30pm - 9pm we have a written menu consisting of various seafood dishes, mea

We are a large group of friends (20 +) who have spent 30 years plus staying in large properties and, wherever possible, supporting local eateries. We called in for coffee and cakes and saw the evening meal option. Despite the modest surroundings we booked a group meal for later in our stay. Quite simply : wow !! The quality of food presented by Ashley and Harriet would have graced any high range restaurant. My mushroom starter included quality chanterellles and was so tasty. One of our group declared the squid the best she had ever had. My turbot on a bed of crushed potato was perfectly cooked and the overall presentation was of a standard that was outstanding. The superlatives continued with a superb coconut cheesecake. Each and every one of our group (19 diners) were blown away by the standard of the food served here. I cannot believe that Ashley is self-taught. The quality and flavours of food and presentation would ordinarily suggest a high end chef trained background. Take your own alcohol meant a very reasonable price for a truly great meal.Thank you for such a wonderful review. We are both really pleased that each and everyone of you enjoyed your meal with us. It was a pleasure having you all and hope to see you on your next return to the area. Ash and Harriet 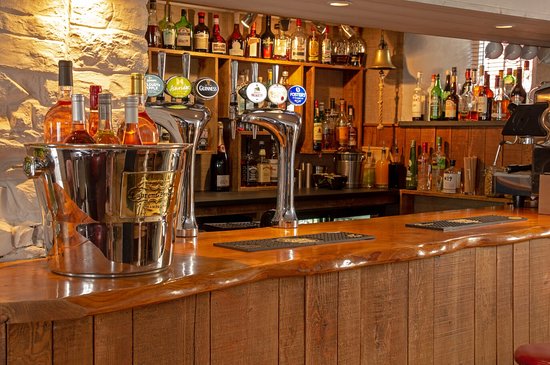 Service with a smile, prompt & attentive without being pushy. Because of timescale we were only able to visit once, wish we could have returned but there's always a next time.I believe no matter what you order your not going to be disappointed, we certainly weren't. The menu isn't extensive but ample, you know whatever you order is freshly cooked & delicious. I gave 4 star simply because the decor could be improved.

5. The Bull And Dragon 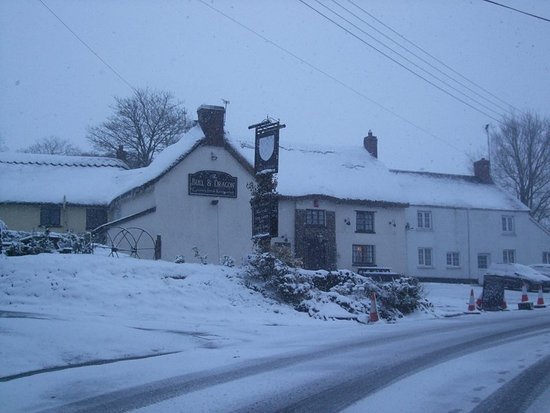 Sharon and Richard welcome you to the Bull and Dragon. Being a very small pub it is best to book, especially for groups over 8 people. We regret to say that we do not serve food on Mondays. Closed for maintenance

We searched online for a halfway point to meet up with family whilst on holiday and found this little gem.Excellent service with friendly staff and locals. I loved the decor and the board games kept our children entertained.Great food and drinks, good portions too. Only downside is itâs not our local! Definitely worth a visit if youâre in the area.Thank you so much for taking the time to leave such a great 200th review for us! Thanks as well for posting such lovely pictures of the food, they look great if we do say so ourselves! We're really glad you had a nice time with us.Kind regardsRichard and Sharon

For several years I looked forward to visiting the Lymington Arms - varied menu, good choice, food well cooked and presented, friendly knowledgable staff and excellent service. All has changed. The menu is very limited - pub grub at its worst. The staff are novice like and the service is below par. The food is inadequately cooked - my medium/rare rump steak came as well done ( I rarely order steak when dining out unless there is simply nothing else attractive on the menu !!). The atmosphere is nothing like it used to in the past. The acid test is always whether I would readily return to an establishment. In this case I cannot envisage a return at any time in the near future. 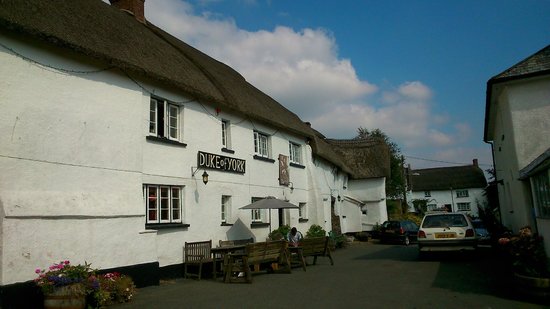 It has been a while unfortunately since I last visited my favourite ever pub,but at last returned on Saturday to find it exactly the same , unchanged & unspoilt. A truly amazing setting, the village fete was on, the green was being used for this as well as the village hall & the pub was the centre of the whole thing. Full of happiness,eating great food, enjoying pefect cask ales in a truly blissful setting. Well done The Duke of York,always worth the trip, never disappoints. I will certainly be back as my wife & my dog love it there to. 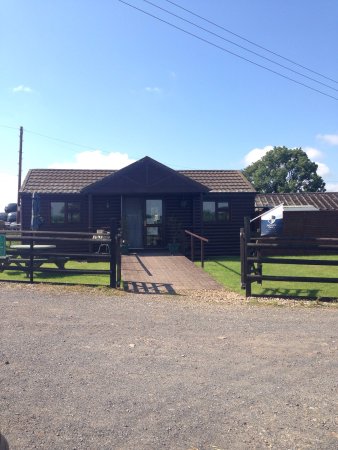 Our Devon cafe and farm shop offers you delicious home-baked cakes and pastries. Enjoy a cake and a coffee, or maybe a light lunch. Relax in a friendly Devon atmosphere and watch cows or sheep grazing contentedly. Our fresh produce has really low food mil

Lady serving/cooking went out of her way to provide a nice lunch for the two of us. Lovely side salad with beetroot and pasta as well as the bits you'd normally expect, delicious warm bread rolls, quiche stuffed full of filling, all at a very reasonable price. Plus a range of cakes and desserts if desired. We paid just over Â£10 for two cold but generous lunches plus drinks. Definitely recommend. 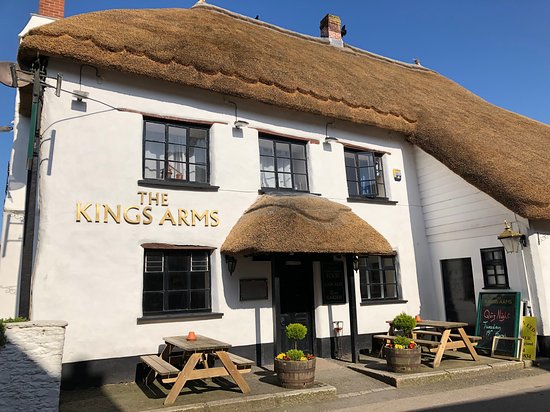 Under new ownership, The Kings Arms is a traditional pub with great ales, wines, gins and a fabulous menu

Wow, the Kings Arms is back to being a fabulous country pub again and boy does it deliver. Fantastic food, lovely beer and a real pub vibe, no juke box or machines, just friendly local chatter with incomers made to feel most welcome. The Sunday lunch, beef, is stunning and filling, the menu during the week is varied and again itâs all cooked to perfection, including the chips Definitely 5*