10 Things to Do in Pago Pago That You Shouldn't Miss 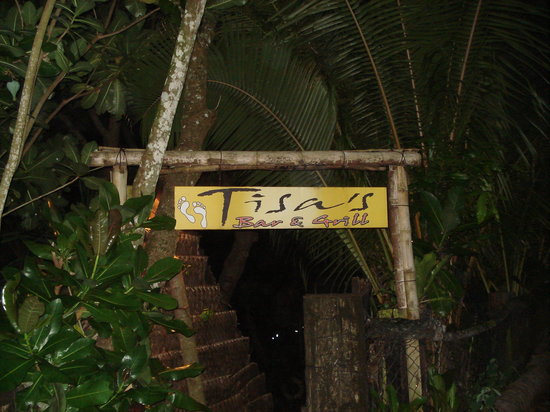 A group of us had pre-booked Tisa's for the day our cruise ship came into Pago Pago. We were picked up at the port in the open air bus and given a good tour by Tisa with lots of information before arriving at the beautiful beach spot. There, Candy Man and Tisa and their team made sure we had a good time with drinks and a fabulous cooked in the ground delicious lunch. You could swim, snorkel or just chill out in this dream location. Well worthwhile!!!! 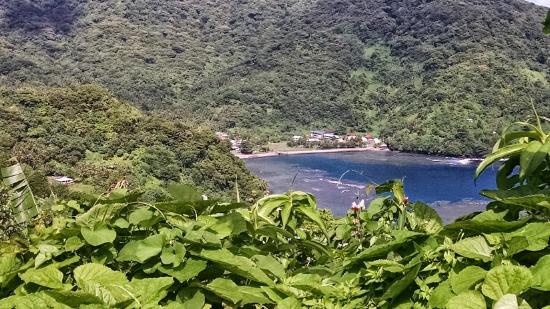 amazing walks up and through the national park. Did walk no 7....the tough one
But walking through and up the forest was amazing, so many animals/insects seen and views to die for
This was the one place in AmSam that made the trip there worthwhile. This visitor centre should be visted first to geta feel for what walks and sights there are 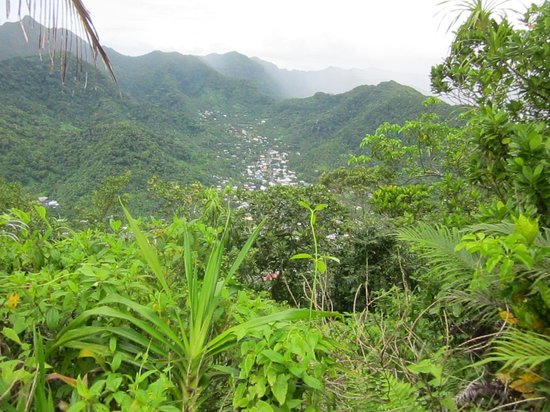 Walk a 3 mile trail to the summit for great views of the island and harbor.

Reviewed By Tori B

The trail begins at the pass to Fagasa and extends 3.5 miles up to the summit of Mt. Alava within the National Park. It is a Jeep track which is no less than 6-8 ft wide at any given point. Easily marked and well maintained, the hike ends at the old tramway station and offers scenic views of Pago Pago Harbor below. Make sure to take extra water, especially if you go in the summer. A moderate hike that takes about 2 hours up and a little over an hour to come back down. Can be included with the Mt. Alava Adventure Trail or done on its own. 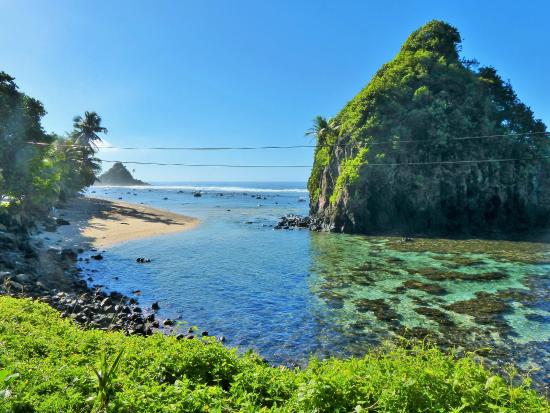 The coral and underwater wildlife is just stunning along with rock known as camel rock. You will find yourself taking many photos so charge up that phone.
There's plenty of shelter from the sun which you don't need to pay for except just the $5 to enter the beach (inflation from the $2).
The food is very limited so bring your own. Just hot dogs, chilli beans and chips. Altho they do have great local beer and other drinks. Still very much worth the visit.
We hitched a bus for $3 from Pago Pago town to get there 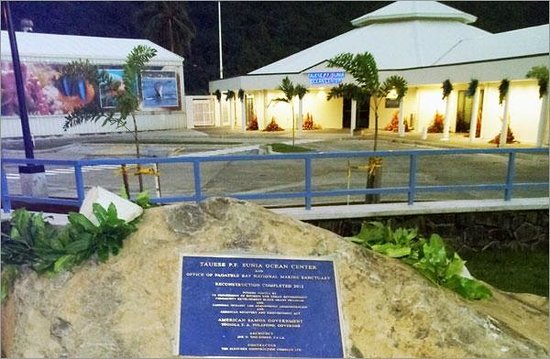 This center is a nice quick stop that will prepare you for understanding American Samoa. The main lobby is a circular theater with videos projected onto a spinning globe. I loved the shows and also enjoyed the smaller display rooms. The staff there is very helpful and informative. As they tell you, instead of spending a lot of money creating artificial environments and putting sea life in captivity, they prepare you to see real sea life in their natural environment. I appreciate that approach. You can visit in about an hour and have time to dip into the beautiful sea nearby. 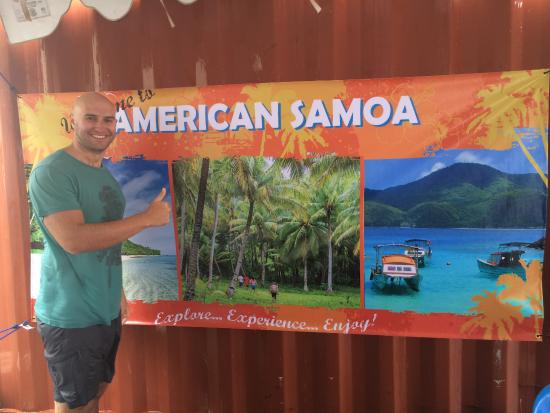 The National Park of American Samoa Visitor Center is a "must see" spot on your visit to American Samoa. It may be in a relatively small space, but you will find interesting and well-thought-out exhibits on the history, culture,flora and fauna, geography and geology of the Islands. It doesn't take more than about an hour to go through it all, and you will learn much and gain a greater appreciation for American Samoa and its people from your visit. The staff is also very helpful, and an attractive selection of souvenirs, from caps and t-shirts to lapel pins and other items. 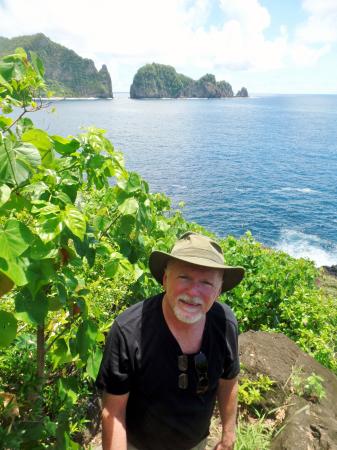 This overlook and trail gives you a great perspective on the beauty of this island. There are some archeological features on the trail (more meaningful if you read a little American Samoan history before you arrive). The views across the bay and the tide pools in the cliffs below are world class. 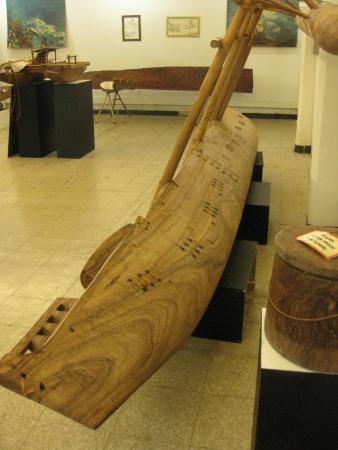 Originally a Naval Commissary during World War II, this building is now a museum with an excellent collection of Samoan artifacts and handicrafts.

This is a wonderful museum of Samoan history and culture which is packed with exhibits and displays,and I have added some photos we took of canoes, cloths and jewellery, paintings, sculptures and botanical exhibits, (though my photos don't do it justice). There are also some pieces of Moon Rock,(Pago Pago is American Samoa). The day I visited with my husband it was quiet, despite the rain. You can wander in and look around on your own if you wish or ask for details about items from the informative curator who answered all our queries with a smile and was clearly proud of the Samoan culture. We spent about an hour here, The museum is only a few minutes (flat) walk from where the cruise ships dock. There are toilet facilities for visitors ( though I didn't use them) and entry is free, though donations are (genuinely), gratefully accepted. They sell postcards of Samoan culture too. There is a large meeting room at the back which seems to be in the process of being updated and is no doubt used for large groups of visitors and schools. I think the government should invest in greater funding for more staff and more information leaflets, and greater security. Don't miss this little gem of museum! 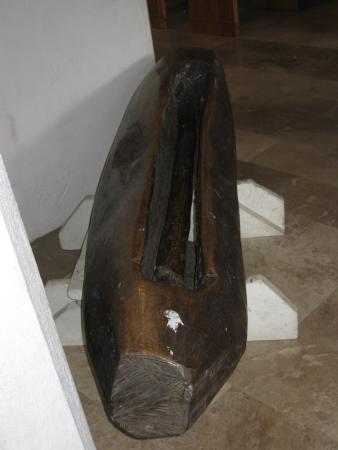 We liked this church for a few reasons. Firstly, the bright four leaf clovers (don't know what they really were supposed to be), with red, blue, and yellow trim--love it! This was my favorite part. Secondly, the wood ceiling was interesting. Thirdly, I loved the red trim around the bell tower, and lastly, the hollowed out log/bell, which they hit to call parishoners to the church, was special.

With 40 years of experience under her belt, Betty Cavanagh arranged a fantastic 6 hour tour of American Samaoa’s Pago Pago and Tuitila Island. We were picked up dockside in a large, late model, air-conditioned SUV. Our very capable tour guide/driver was the 2008 Miss American Samoa, Netty. She was born and raised near the Rainmaker Mountain, but had spent several years attending school in Hawaii.
Betty planned the following itinerary:
• The U. S. National Park of American Samoa – Betty arranged this stop since neither the cruise line nor any Pago Pago tour operators offered a visit to the only U.S. National Park south of the equator.
• Fatu Ma Futi - Flower Pot Rocks
• The Village – Umu demonstration. Samoan Village Life
• Leone Missionary – First Missionary 1830
• Golf Course – scenic island and water views
• Maliu Mai Beach
• Tauese Museum – Private Museum of the late Governor’s memorabilia
• Tia Seu Lupe – Pigeon Mound
The National Park Service authorized the American Samoa National Park in 1988 as the 50th park (current number = 57) in the NPS. The entire park covers parts of 3 Islands within American Samoa - Tutuila, Ofu, and Ta’u Islands. The land is leased from 10 Samoan village families and the national park has built no infrastructure. Park admission is free.
The Samoa Village and the activities were demonstrated by Netty’s family members. The extended family demonstrated how they cook dinner in an outdoor umu; foods they eat – taro, copra (dried coconut meat), pineapple, papaya; dressed – colorful sarongs for women AND men; and how they live off the land (making coconut cream, weaving palm frond baskets and hats in American Samoa. Samples of the food were passed around for us to taste. Samoan design sarongs, striking shell jewelry, carved wooden bowls, and traditional woven placemats and palm hats, fresh coconuts, cold local beer and sodas were offered for sale. We spent quality time meeting and conversing with Netty and her in-laws, cousins, and aunties and uncles. We left as a dozen of Le Truck buses, cruise ship shore excursion tours, pulled into the village and began to discharge people. Betty arranges all the shore excursions for the cruise lines (on this day, HAL and Princess each had a ship docked in Pago Pago harbor) so Netty was aware of their tour schedules, and she made sure we were always ahead of the crowds.
The private van tour included scenic drives around the island. We viewed destruction of the September 2009 tsunami. American Samoa is still recovering from the devastation - 20 lives were lost on Tutuila Island. We watched as residents fished and dug for clams at low tide. American Samoa’s natural beauty is breathtaking and the Samoan people are so kind and friendly.
The highlight of the tour was the stately, former Governor Tauese’s home. In the Samoas, public Cemeteries do not exist. Traditionally, individuals are buried in the front yard of the family home. The more elaborate the grave site reflects the status and respect accorded to the deceased. The popular governor’s burial site is made from massive stones of granite and stands over 10 feet high. A permanent gated fale covers and protects the grave site from the elements. It is lovingly adorned with floral arrangements, Holy Scriptures, and photographs of the former governor. His widow personally welcomed us and invited us into her home to view the extensive memorabilia collection of his political career. True to form, as a politician’s wife, she shook our hands, greeted us warmly, offered refreshments, and inquired how far we each had traveled to American Samoa. She proudly spoke of her husband’s accomplishments and long term vision for American Samoa. The group was touched beyond words of her gracious hospitality. Betty Cavanagh had personally arranged the opportunity to tour the home and meet Mrs. Tauese.
Pago Pago, American Samoa port is just like being on the U.S. Mainland. $USD currency is the method of payment. The U.S. Post Office is located across from the docks where cruise passengers mailed heavy flat rate boxes back to the USA. Popular American fast food restaurants are found – in the middle of the Pacific Ocean, south of the equator.
Thank you, Betty Cavanagh of Pago Pago Trade Winds Tours, for arranging a perfect day in Paradise for our group.

Top 9 restaurants in Pago Pago, American Samoa
10 Things to Do in Pago Pago That You Shouldn't Miss