Winthrop is a town in Kennebec County, Maine, United States. The population was 6,092 at the 2010 census. Winthrop's population, however, approximately doubles during the summer months as part-year residents return to seasonal camps located on the shores of Winthrop's Lakes and Ponds. A recreational area located among lakes, the town includes the villages of Winthrop and East Winthrop, and is the center of the Winthrop Lakes Region. Winthrop is included in the Augusta, Maine Micropolitan New England City and Town Area.
Things to do in Winthrop 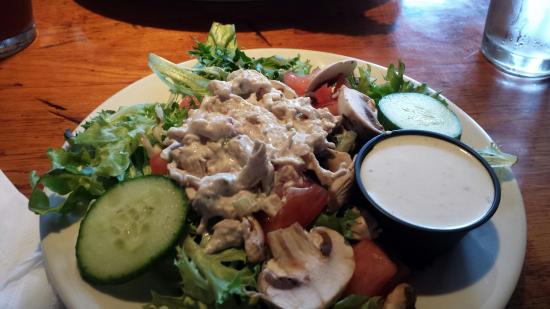 The Liberal Cup Public House & Brewery in Hallowell, ME, is our take on the traditional English pub. Our mission is to provide a gathering place for our local friends and seasonal visitors to enjoy good food and drink. Like the pubs that dot the English countryside, The Liberal Cup is an inviting and cozy spot to bring family and friends. And while the draughts will conjure that familiar flavor of jolly ol’ England (ales and bitters being our specialty), we’re happy to brag that the food will not. Our award-winning chef has taken classic pub fare and elevated it with fresh, local ingredients. His daily specials highlight Maine&apos;s seasonal offerings and on the weekends he likes to turn The Cup into a gastropub with his haute and nouvelle cuisine creations.

A friend and I came for lunch on a not busy, snowy Monday afternoon. Comfortable, easy atmosphere, good drinks, friendly and attentive service and THE BEST garlic parmesan chicken tenders ($9.00) that will ever cross your lips! It is served with a parmesan dressing, greens and celery sticks. Out of this world! We split a delicious Turkey Club ($9.75) with REAL Turkey and the added bonus of not only the bacon, tomato and lettuce, but avocado, too! Fries included. It was wonderful! I stopped by this little place on the way back from a biz trip. Super glad we saw the pulled pork sign, what treat, we tried their house sauce, just enough kick and great taste. Who would have know that this was good bet. Tubby&apos;s Ice Cream has been serving super quality home-made ice cream since 2001. All of our ice cream is made from scratch, using only the finest natural ingredients. No artificial flavorings are used. We also serve a simple lunch menu, which includes the best lobster roll west side of the Kennebec River. Our food menu also includes our famous foot long hot dogs, cheese burgers, steak and cheese, as well as great sandwiches. We have a beautiful seating and table area overlooking the peaceful Mill Pond. Tubby&apos;s is a great place to relax and enjoy top quality ice cream and food.

Driving home from Maine, we passed Tubby's and stopped, hoping for one last lobster fix before hitting New Hampshire. Lucky us! These rolls are perfect: served on a lightly toasted and buttered roll just chock-full of lobster meat. I mean brimming with lobster meat - and just a brush of mayo. Perfect lobsta heaven. The smaller size was plenty and well worth the $20 each. You only live once.

The Emporium has a limited menu, uses paper plates and serves very good food and creative pizza. There's local entertainment many nights, ranging from spinning and weaving to Celtic jams. You have to work to spend $20 here, and all the choices we've tried have been good. Their spanikopita and pesto pizzas are a great choice. 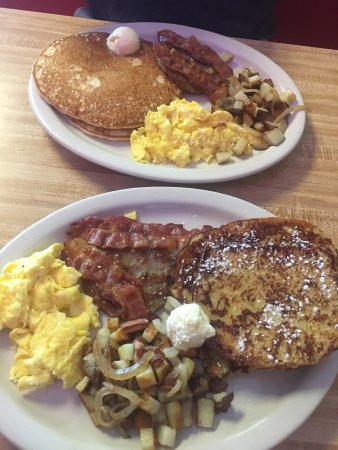 This was our first visit to TJ's and it won't be the last. The menu has a nice array of sandwiches, a huge pizza selection, wraps, subs, italians, as well as meat loaf, mac & cheese. We were there for lunch and had one of the house specialties, the Reuben Panini, and a steak 'n' cheese. Both were good. My husband had iced tea, and it was really pretty awful. But everything else was good.
We were the only patrons in the middle of the afternoon, and the service was attentive, but I can't comment on how it would be when crowded.
Bathroom was spotless, but the floors looked like they could use a mop-n-glo.
All in all, we had an enjoyable meal, and I think anyone could fine something to his/her liking there.

Visit this Dunkin' Donuts location regularly -- it's the only DD once you leave Augusta until you get to Lewiston. They have the usual Dunkin selection of donuts, munchkins, bagels, sandwiches, coffee, coolatas, etc. and their food is consistently pretty good.
But their management and staff could all benefit from some customer service training. In recent months, we've had the following experiences: cashier who closed the cash drawer and turned to other duties without giving us the three dollars in change we had coming; managers interrupting staff in mid-conversation with a customer to discuss schedule issuesl staff more interested in finishing their social discussion than greeting and waiting on customers (to the point they've had to ask us to repeat our orders two and three times before preparing them); and, on a recent visit, having a manager interrupt all in-process transactions (counter and drive-thru) to listen to her rant about employees improperly using the office computer (disrespectng both customers and staff at the same time).
This is a conveniently located stop for coffee, donuts, DD sandwiches, etc. but don't expect to be able to get in and out quickly because of their staff issues. They seem to always have a "help wanted" sign outside and ongoing training and service issues inside, Be forewarned, don't set your expectations too high, and you'll be okay. I love visiting family as it means a trip to Fast Eddies. The nostalgia items are fun every time to look at as I always see something new. My family and I are convinced they make the BEST lobster rolls around. Full of meat and flavor. I love the fried clams. The portion is large, the clams tender. Try and save room for some dessert. The ice cream sundae was scrumptious.

We stopped for snacks as we passed through. They have a full kitchen with sandwiches, pizza, etc., but we just got some bakery goods and coffee that were very good! Super friendly service!

Stopped in for a light lunch on a Sunday afternoon and got more than I expected. This establishment is primarily a bakery -- hence its name -- but it does serve a few meal items. On this day, there was chili with a biscuit, corn chowder, and several versions of quiche, e.g., broccoli and cheddar; broccoli, ham and cheddar. My companion and I both chose the chili with biscuit and we both were very pleased. The bowl was full of chili and the chili was full of meat. The accompanying biscuit was large and flaky. It really didn't need butter (but I added it anyway.)

The eating area consists of a half dozen tables with either chairs or stools, situated opposite the bakery. Customers order at the counter and food is brought to the table.

We arrived 1 1/2 hours prior to closing (2:00 on Sundays). While the donut selection was somewhat limited, there were many other sweet selections to choose from: frosted brownies, frosted cupcakes and scones, muffins and various flavors of mega-sized cookies. My companion decided to sample the 'creamsicle' cookie and coffee (which was self-serve, three or four flavors, in carafes.)

The bakery also offers fresh rolls and loaves of bread.

We were very satisfied with our experience at Apple Valley Bakery and would make our way to their door again. 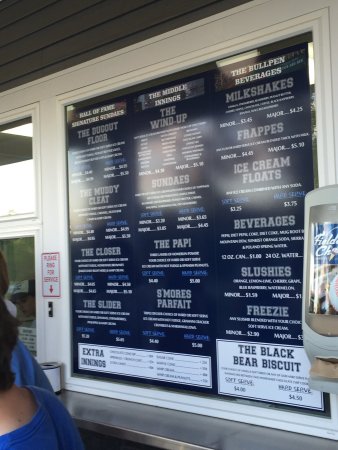 I have tried SO MANY ice cream places near where I live. Someone told me about Fielder's Choice- being the best. I was skeptical. They were RIGHT! They have the most tasty vanilla bean icecream- so fresh- I can taste the cream in it. So YUMMY! Their portions are HUGE! A baby size is what I get as it is a huge scoop that takes up the entire cup/bowl. The staff are friendly and quick to get your order. They just closed for the season (December 17?)- I thought they were closed already- I was so happy to get an icecream treat in December before they closed! I wish they were open year round! Absolutlety the best ice cream!!!!!!!!!!!!!!