Williston is a city in and the county seat of Williams County, North Dakota, United States. The 2010 census gave its population as 14,716, and the Census Bureau gave the 2015 estimated population as 26,977, making Williston the sixth largest city in North Dakota. The North Dakota oil boom is largely responsible for the sharp increase in population.
Things to do in Williston 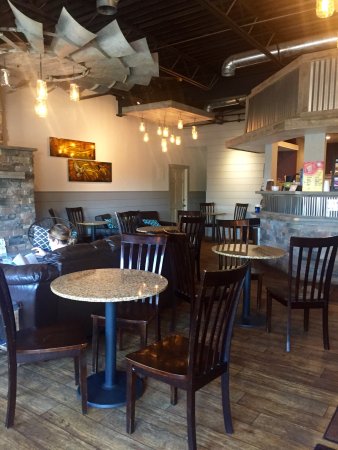 Meg-A-Latte Coffee House has been deriving Williston,ND since 2012. With 3 locations throughout Williston to help serve customers easily for their coffee needs. meg-A-Latte also provides food items such as breakfast sandwiches, bagels and other pastries for breakfast. We also carry a wide variety of lunch sandwiches and soups for people on the go. Our atmosphere is cozy and inviting with seating to come relax and enjoy your coffee or pastries. We provide free WiFi at all 3 locations also. We look forward to serving you for your coffee needs!

I had a couple of hours to waste, so I sat and drank and iced chai listening to Christmas music, the decor was lovely and the service was excellent. Loved the chai!

2. My Swirl Self Serve Frozen Yogurt

Cute place. They have 10-12 different flavors. A lot of toppings to choose from. Decent price. And they have a punch card, so that after so many visits, you get a free one. 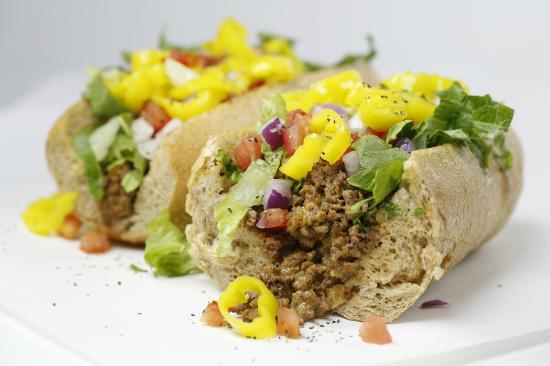 We will rock your taste buds with bold flavors and the freshest house-made sandwiches, served both hot and cool, hearty salads, wraps, soups and even breakfast bagels, wraps, and skillets served-all-day lovingly crafted by our food team. Every taste will leave you wondering, "Where have you been all my life you big, beautiful Moose?" It&apos;s at that point that we will swoop in with one of our fresh baked desserts and perhaps a cup of brewed-on-the-spot-just-for-you coffee or tea. Yup... it&apos;s that sweet. Our menu spans everything from the heartiest of helpings to vegetarian, gluten-free and vegan options. We also have a kid&apos;s menu to keep the youngsters "smiling"!

The Smiling Moose is a cool little restaurant in Williston that has a unique spin on sandwiches. The 'Original Mo' is one of my favorite sandwiches, but the aftermath (because of the greasiness) is definitely bad enough to cause some hesitation when I'm tempted to go back. The overall price isn't bad for Williston eateries, but still pretty high when compared to my experience with similar places nationally. The staff are friendly, the food tastes great, but the price and the grease are the main detractors. 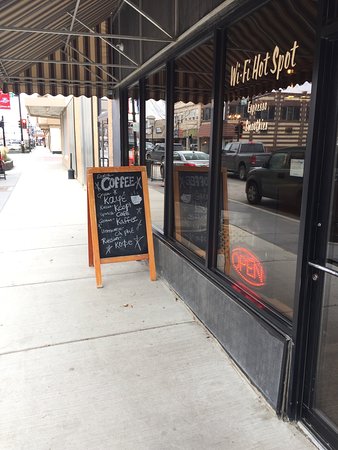 Travelling North on the western edge of ND, I was meeting friends at Noon.
I searched online for the nearest Coffee Shop, the Daily Addiction Coffeeshop is only FIVE YARDS away!!
I chose a scone with butter - very fresh.
Great coffee and cheerful staff.
Fast & stable WiFi for customers.
Daily Addiction is a certain stop when I'm n the area. 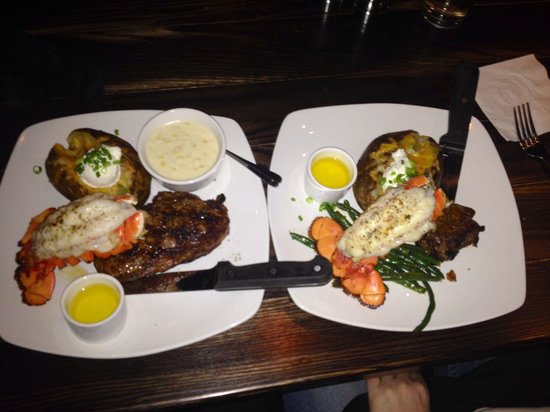 This is a cavernous restaurant with the biggest bar in town. I cannot think of another restaurant/bar in town that offers more beers...bottle or draft. There is also an elegant glass enclosed wine cellar with the town's biggest wine list. Don't jump to conclusions when I say it is the biggest around. The wine list has maybe three dozen wines. The cellar does contain a collection of 'ego' wines that carry enormous price tags and waiting for big spenders to flash their platinum credit cards. No where else in Williston can you prove yourself as a big spender like buying one of the really expensive wines. Chances are your server may not know how to open the bottle.

In the year that I have been visiting Williston and I do not believe their has been a single change to the menu offerings. It does not make a difference what season it is...the menu set in concrete like the foot prints in front of Grauman's Chinese Theater out in Holllywood.

This is one of those restaurant where a person takes your food order and it is delivered by a disinterested third party. A word of caution, if you order multiple courses you will likely find all of them to arrive withing minutes of each other. There is now timing of service...the server enters the order into a computer and the kitchen rushes to get it out. If you want to pace your dining at this restaurant, you have to take matters into your own hands and I would recommend ordering additional courses only after finishing one.

Be forewarned, this pricey restaurant does not see fit to offer WIFI service which makes it difficult to conduct business when meeting associates. 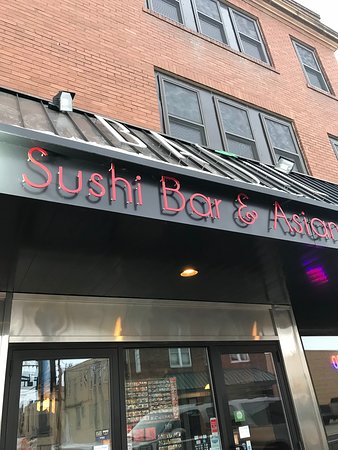 Reviewed By Coffeegirl33 - Amsterdam, The Netherlands

I really dislike giving bad reviews, especially when the place is highly rated. However, this was (by far) the absolute WORST sushi I have ever had.

We started with Edamame. It was lukewarm at best, over-salted, and under-steamed. We then ordered 3 different specialty rolls (Crunch roll, Vegas roll, and Tempura California roll), and they were delivered fairly quickly. Only the Vegas roll looked appealing. One plus - the rolls were very large with many pieces. The rolls had a distinct "fishy" taste (yes, I realize sushi IS fish, but that aftertaste means it is not fresh), along with the texture of what seemed like ground fish, not fillets. After both my husband & I tried each roll, we went to the cash register to pay, and left as fast as we could.

The wait staff was very polite, asking if we wanted our sushi packed up "to go." I replied, "I'm so sorry, but we really didn't like it... we can't eat that. Can we just pay & leave?" She giggled, and charged us for everything... no other questions asked. We paid & left.

They may have been having an off night; maybe their regular menu items are better than their sushi? Maybe if you stick to sashimi rolls, you would be ok? These are my only justifications as to why such a highly rated sushi restaurant could have been the worst (in food quality) restaurant experience I've ever had. I will not go back. 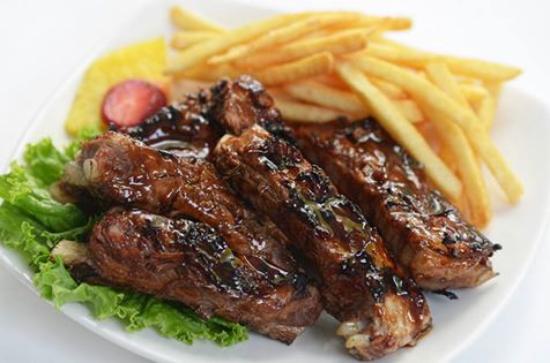 Had sought out the restaurant after reading the reviews. It's location is very convenient--right downtown. Walk in and you're met with quaint Hawaiian decor. But it's all about the food. We had Sandy's special--a combo meal of ribs, chicken wings and fried rice following an appetizer of egg rolls. The servings were huge! And the food is very tasty. The fried rice is different than what you typically eat. This version is much heartier. And as others mentioned, we had a delightful conversation with the owners. Even sat down at our table for a few minutes. Great touch! Wish this establishment was located closer to home so we could be regulars! 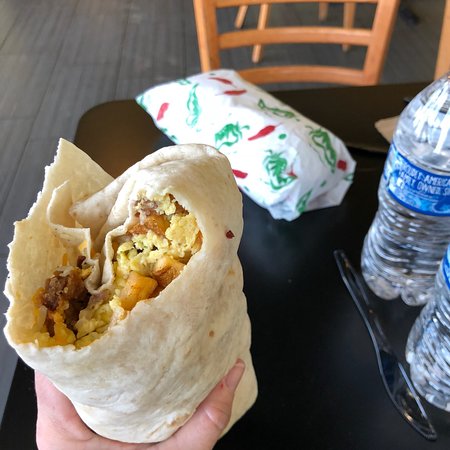 We stopped here for Sunday breakfast after hearing they have breakfast burritos. This was our first time so we didn’t realize the burritos were huge. Neither of us could eat even half of it. I think we’d share one next time. The burrito tasted good, but I would get something different next time. This is “build your own” style like Chipotle. 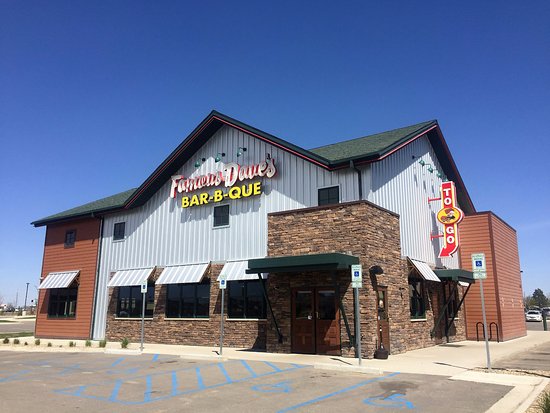 Famous Dave&apos;s is a chain of authentic BBQ restaurants located all across the continetal US, Hawaii, Abu Dhabi, and Puerto Rico. All of the best BBQ served under one roof with "Famous" service, great music, and a warm atmosphere.

Good food, staff were very professional and attentive. Next to the hotel we stayed at and close to the highway for easy access. 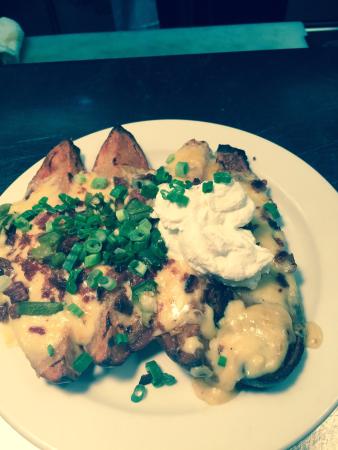 This is a steak house with over priced steaks for the price. We have eaten in much better chain steak places that have much better steaks at more reasonable prices. Our steaks were not tender and did not have much taste. On a brighter note, the service was very good.