Where to eat Wine Bar food in Saint Charles: The Best Restaurants and Bars

Discover Restaurants offering the best Wine Bar food in Saint Charles, Illinois, United States. St. Charles is a city in DuPage and Kane counties in the U.S. state of Illinois. It lies roughly 40 miles (64 km) west of Chicago on Illinois Route 64. According to a U.S. Census Bureau estimate in July 2012, the city had a total population of 33,327. The official city slogan is Pride of the Fox, after the Fox River that runs through the center of town. St. Charles is part of a tri-city area along with Geneva and Batavia, all western suburbs of similar size and relative socioeconomic condition.
Things to do in Saint Charles 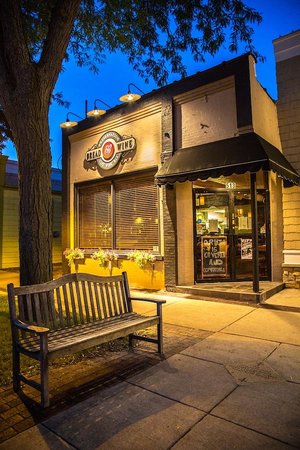 It's a cafe and wine bar in downtown Geneva, IL

Four of us ladies spent the day in Geneva and had a fabulous lunch. We started with the Crispy duck spinach salad. Next we shared the spinach and artichoke bread pudding, the tomatillo chicken biscuit, the wild mushroom tart and the grilled sourdough smoked turkey sandwich. We loved it all. The service was fabulous. Very friendly servers. Will go back. 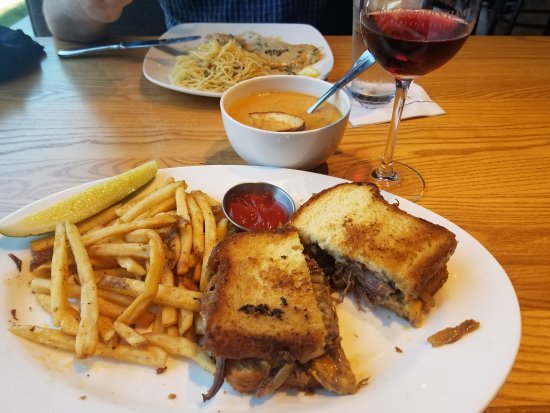 After four years of planning and construction, Cooper's Hawk Winery & Restaurant opened in 2005 in Orland Park, a south suburb of Chicago. The concept was unique. We would create a signature menu with a selection of dishes designed to pair perfectly with

Fun and lively. Wonderful People and great wines. When you book reservations make sure you allow extra time to have a wine tasting prior to dinner. The staff is very knowledgeable on the large selection. People who participle are welcoming and bring a upbeat attitude rousing out the evening. This is the type of place you would take a family, friends or enjoy solo. 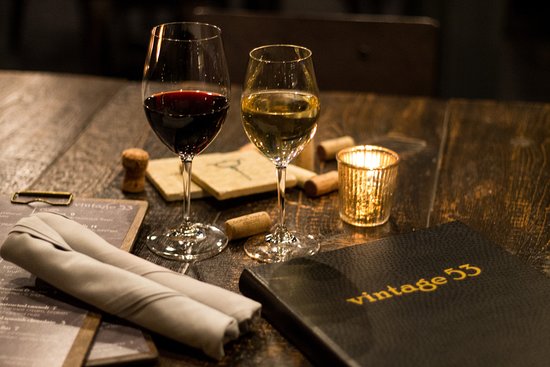 Vintage 53 is a wine focused bar on First Street in downtown St. Charles, IL. The atmosphere is cozy, and could be described as rustic-industrial, making use of locally built reclaimed wood tables, brick, and industrial lighting. The impressive beverage l

Went here for dinner and drinks, and to see the free live entertainment (Jake Mack). The place is smaller than I expected, but it gives out a nice cozy vibe. Itâs decorated in kind of an urban rustic style. Waitress was friendly and helpful, giving good advice when asked. We shared a charcuterie board (you select meats and cheeses like you order sushi pieces, so your board is customized for you). Very good meats, and the cheeses were good, not great. Later, we ordered dinner, which were paninis for three in the group, and a shiitake flatbread for me - very good. The others liked their sandwiches, as well. Not too many of us were paying much attention to the musician, which was a shame because he was really good. Overall, a fun night, and itâs great to have a new place in town. They might give some thought as to how they could stand out, however. There is a lot of competition in this town.