Top Things to do in Aartselaar

Where to eat Seafood food in Aartselaar: The Best Restaurants and Bars 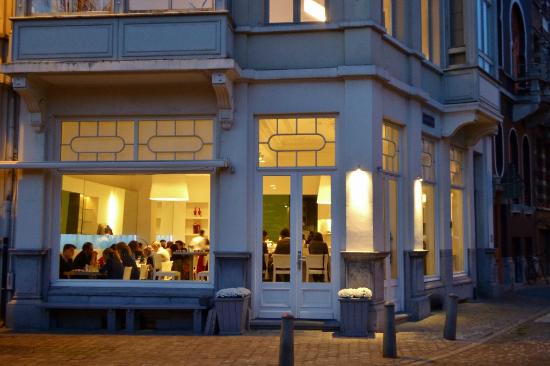 Lovely fish restaurant in a trendy neighborhood in Antwerp. Loved the simple, yet stylish interior. The main color is white, spiced up with a touch of red. Loved that the most important decoration is an aquarium with colorful fishes. The counter in the center of the restaurant truly is the heart of the place. I wouldn't mind sitting at this counter while slurping some oysters. My friend and I enjoyed a lovely dinner in this restaurant. As a starter I ordered the oysters (really, how could I not?) which were great. The codfish as a main course was also very nice. Complemented with a good glass of wine, of course.Service was very friendly. Would like to go back and try their sea food platter. 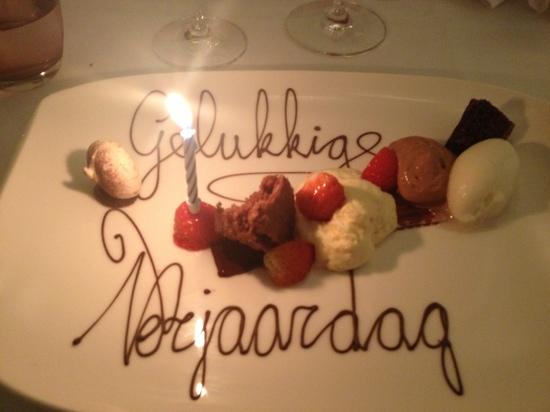 Not in the most fancy street , but worth to be discovered. Excellent cuisine , acceptable prices , and a very warm service by the lady of the house. The chef presents the menu himself and lets place to some changes , if desired. The wines are also of good choice. Fresh Sustainable Fish & Chips Concept. Fresh fish only at our beloved restaurant where we are trying to change the style of traditional Fish & Chips by using our very own 'street food' interpretation of the classic British dish. We are influenced by cuis

Enjoyed fresh fish & delicious chips here earlier this week. Friendly, quick service. The fish was wonderfully fresh and the chips were delicious - very thick & tasty with a delicious mayonnaise. It was a lovely summer evening & we enjoyed a glass of wine too. Highly recommended.

10 Things to Do in Aartselaar That You Shouldn't Miss

My wifeâs always right (see her review for photos from our dinner experience).Over the years we have been to a fair number of Michelin-starred restaurants. Kommilfoo boasts attentive service, great value, and refreshing dishes. We would recommend the restaurant for a special celebration. 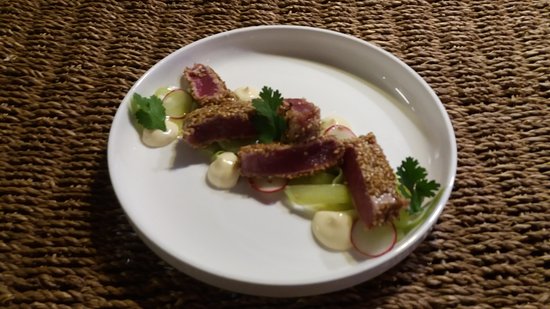 excellent food - I had the mussels, my husband fish and chips, my son a steak, and my daughter a croquet Monsier. The homemade mayonnaise for dipping fries (chips) was delicious, too! They were so friendly, the server translated the menu and explained all dishes to us in English. Also, accommodating to our children's picky customization. Service was prompt. The chef came out later and you could tell they all very much take pride in preparing excellent food. 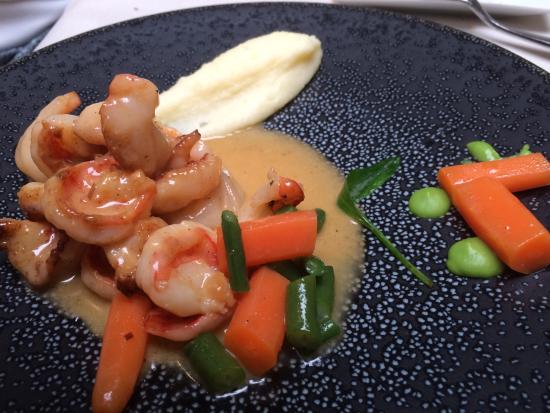 lovly restaurant with the right atmosphere inside and outside we were here for business.The menu looks quit atractive.Good fresh food and well prepared the staf was very friendly and willing to give us the good advice and the specialty's of the day.it is one restaurant to come back. 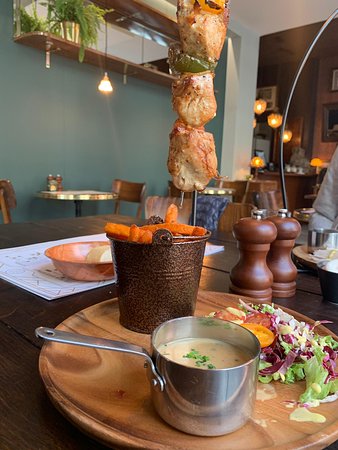 we went to morso for a nice dinner and were welcomed really friendly by the attentive staff. Throughout the evening, there was a serene atmosphere even though the street nearby was relatively busy. We were able to watch the sunset from our seats outside and the waiters were all very likable :) 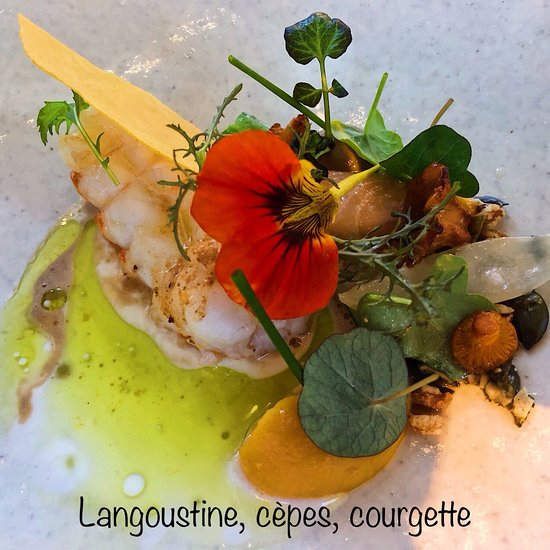 Iâve visited many Michelin starred restaurants across the world and The Jane deserves theirs. We were upstairs at the theatrical style dining. Exquisite cuisine from start to finish. Great service. We loved the theatrical style of the chefs carefully preparing each course. The flavours did presentation were awesome. My only negative comment would be that the area become very hot because of all of the cooking and heat rises from below. Â£Â£Â£ 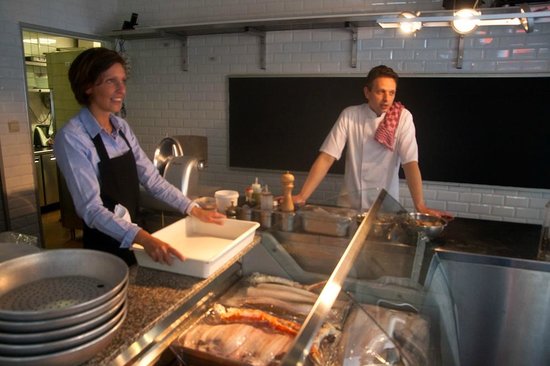 Visbistro Mojo is the place where seafood and seafood are the main ingredients of delicious and affordable meals. That quality and freshness will be of paramount importance here, speaks for itself. The passion for the profession and the sense of adventure

Outstanding place for seafood lovers! Food was well seasoned, fresh, perfectly cooked and a lot of tasty things to choose. Service was great as well. Perfectly balanced price/quality! Thanks

Where to eat Mediterranean food in Aartselaar: The Best Restaurants and Bars 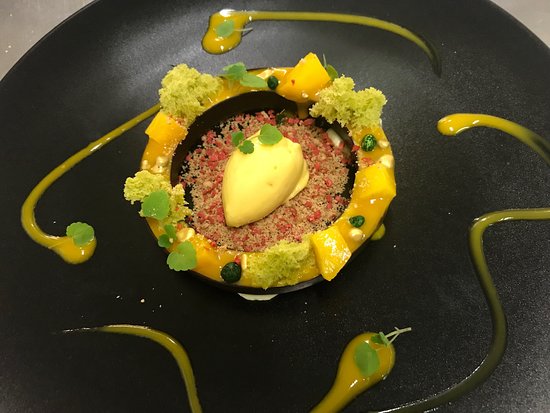 If your restaurant is nr 1 on trip advisor you can expect some critical guests and on our visit we were certainly not convinced it deserved this titel. We were here on a saturday night with some friends. We were invited in friendly and the service itself was very good except for the timing (see later). There is only a choice in 4 or 5 course menu with optional cheese. We opted for 4 and cheese added (cheese to replace desert is also possible) so in total we still had a 5 course meal. When we refused the wine pairing (this time mainly because we had to drive home after) we had a first sign that they did not like it. We chose a bottle of our own and than experienced this : the first two courses came fluent and then we had to wait an hour before the main arrived and only after i asked why it took so long ? Meanwhile they emptied our bottle very quickly into our glasses hoping that we were to order a new one. But we had decided it in advance to keep alcohol very low that evening. SInce it was a white wine and we were waiting to finish it with our main course and the hour waiting time our wine was warm when it finaly arrived. The cheese and dessert arrived then straight after meaning we had to eat the three last courses in half an hour time. It all felt a bit strange this timing and attitude altough i never had the feeling they disliked us, it was just that feeling of not doing what they expected that sent us home with a bad taste. Concerning the food it was good but to us experienced michelin stars eaters nothing came exciting some parts on the plates were even lacking of flavour, so on that part you can have a good plate of food but nothing worth to drive 100 km like we did for it.This is one i will not return to.