Where to eat Middle Eastern food in Dublin: The Best Restaurants and Bars

Best Middle Eastern restaurants nearby. Discover the best Middle Eastern food in Dublin. View Menus, Photos and Reviews for Middle Eastern restaurants near you.. Dublin (formerly, Amador and Dougherty's Station) is a suburban city of the East (San Francisco) Bay and Tri-Valley regions of Alameda County, California, United States. Located along the north side of Interstate 580 at the intersection with Interstate 680, roughly 35 miles (56 km) east of downtown San Francisco, 23 miles (37 km) east of downtown Oakland, and 31 miles (50 km) north of downtown San Jose, it was referred to as "Dublin" in reference to the city of Dublin in Ireland because of the large number of Irish who lived there. The post office formally adopted the name in the 1890s.
Things to do in Dublin

Service was great and the food was great. Although I was a little disappointed that the pumpkin borani was not actually pumpkin, but butternut squash. Good thing I'm not allergic! Great place for lunch with coworkers. 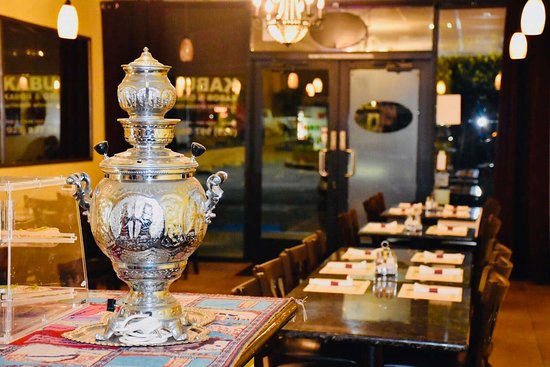 First off, this place is located in Dublin, CA, not in Livermore, CA. Not sure how that can be fixed.The food is excellent. It tastes as great home made food, nothing resembling anything frozen or coming from big chains. Great spices, well cooked, everything is nice and clean - excellent!So if you're interested in a good meal - you can stop right here, you got it.What about the overall experience? Well, there are are some things which could be better. We went during a rain and they kept the door open, so it was cold and windy inside and we ended up taking food to go - it was just not a cozy place to stay. I wouldn't call this place expensive, but the portions are somewhat on the smaller side. We bought 3 meals for two and it was about right. The place also is very clean and nice, but doesn't have much personality.Basically, they've clearly got a great chef who makes really good meals, but the front end of the restaurant is kinda lagging behind. 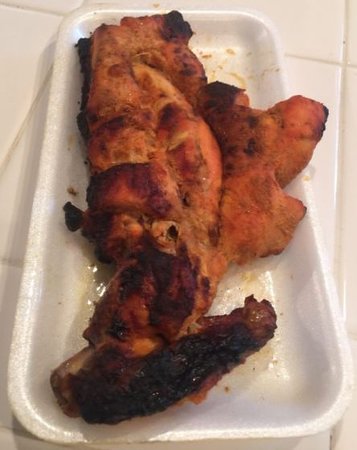 Tried Shalimar for the first time last weekend. It is a Pakistani (halal) joint. Pretty big place with ample seating and minimal dÃ©cor/ambiance. But you are going there for the yummy food!! Counter service where you order at the counter and then grab a table/booth. Food came to our table in 10 minutes. Delicious tandoori chicken, kebabs and chicken tikka masala. Huge round naans. But the star of the evening were the awesome lamb chops. Perfectly cooked; tender to eat and flavorful. We loved every bit of the food served. Plus Indian masala tea on the house. Prices very reasonable. Will absolutely go back when in the area. 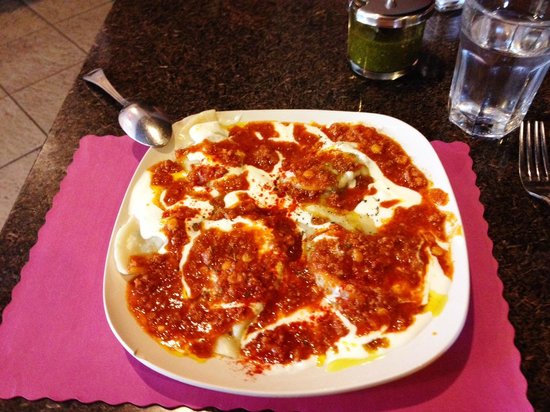 I went to this Afghan Pamir restaurant on Christmas for lunch with my family. This is our fourth or fifth time here already. The food is always the same: at a well prepared standard, and tasty! I love the lamb shank here as it is so tender.There's only one new note: the owner of this restaurant have a twin sons, who are waiters here. So, dont be surprise if you recieve a very warm welcoming (by one guy) then a more serious taking order (by other guy). If they don't appear at the same time, you might wonder why "he" changes so quick! But at the end of the day, these two guys are nice, fun to talk to.I order the Basmati (Afghan steamed rice) Braised Lamb Shank for the second time ($20), and I strongly recommend this dish to whom who likes tender meat. 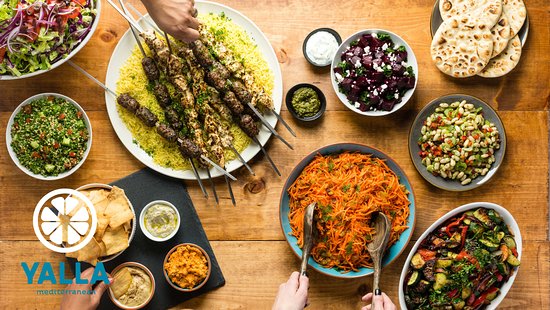 I enjoyed my Jerusalem wrap wth falafel but the atmosphere of eating it at Yalla's was abysmal. The noise of the open grill, people shouting orders, loud music, and an interior where all the noise is magnified by bouncing off of all the hard surfaces made me want to eat quickly and get out. My suggestion is if you are going to eat at Yalla's either eat outside or get your order to go.

Where to eat Italian food in Dublin: The Best Restaurants and Bars 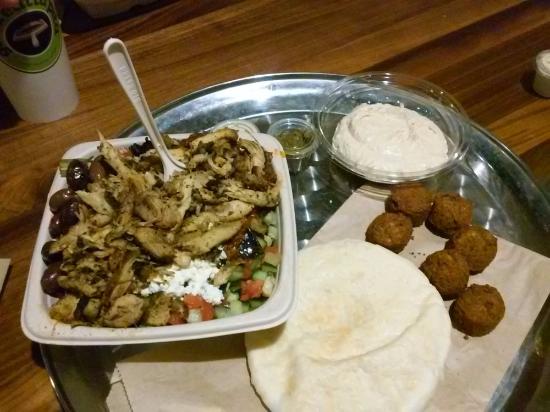 Healthy fast food that feels indulgent. Lots to choose from in a bowl or pita. I love the chicken shawarma & always include the eggplant. Kids trays available. Very reasonable prices. Plentiful portions. Eat in, take out, or call ahead. Try this place if you havenât already. Went to this place for lunch and we ordered Lamb burger which wasnât good or bad, it was average. Hummus and pita bread was average too. I think their Chicken Kabobs were better than rest of the food we ordered. 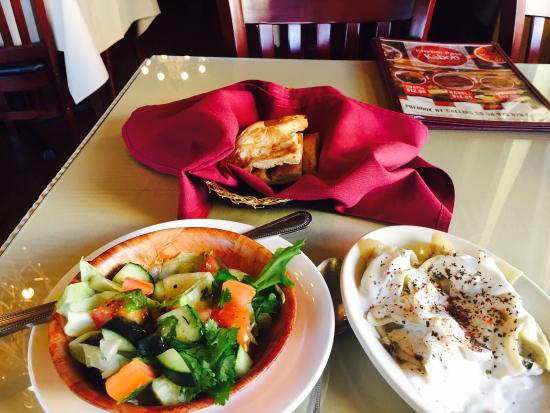 This was the first time ever for me to experience Afghan cuisine. I did not know what to expect. We ordered off the menu without asking for recommendations from our server. We should have asked! However, everything we ordered was so good! We had baclava for dessert and it did not disappoint either. It was very good! At the end of the meal, the proprietress came over to our table and had a wonderful chat with her. That was when she mentioned what we should have ordered especially since we were first-timers. Next time around, we will definitely ask the server for recommendations :-).