Where to eat Italian food in Corfe Castle: The Best Restaurants and Bars 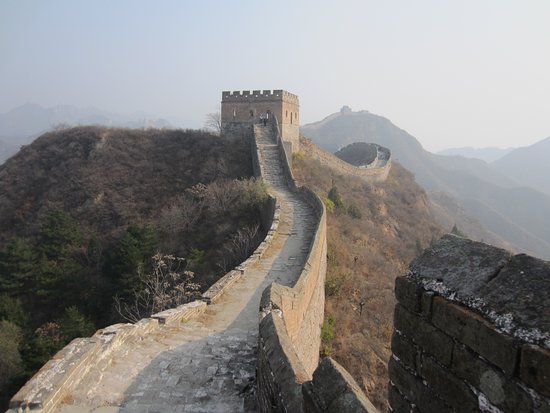 Called in for lunch without booking.Friendly staff greeted us and showed us a table.The menu offered a good choice with some daily specials.We chose lasagne, mussels and cannelloni. We also ordered some drinks.Toilets were in the next door restaurant which was all part of the same building.The drinks came quickly and the food followed shortly.Everything was hot and tasty as well as reasonably priced.Nice place with a pleasant unrushed atmosphere.

Where to eat Grill food in Corfe Castle: The Best Restaurants and Bars 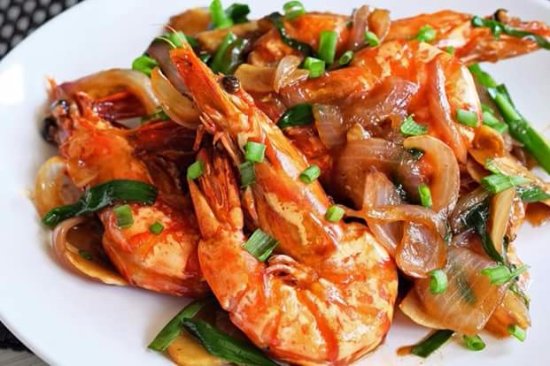 Found this place by chance one rainy August weekday evening while on holiday with our 12 and 14 year olds in the area. We were lucky to find that they had tables available. Other people there were a large family group celebrating something, and a few couples who also seemed to be regulars, and according to their website the restaurant seems to have been there for around 40 years now.It's very traditional inside, in a late 80s/early 90s way - but I liked this retro feel! As soon as we entered, the staff greeted us warmly. It looks small from the street, but there is plenty of room further back in the restaurant, down a corridor you can't see from the street, and I think upstairs. Spacing between tables was reasonable.The menu options were very good and absolutely delicious. My son had the garlic bread with cheese as a starter, and I tried some and found it was the best we have had anywhere. For vegetarians I can highly recommend the arancini to start, as these were incredibly tasty - however the arancini balls were simply huge, and came with a salad, and so it was like a main course in size!Moving on to the mains, I had the delicious tagliatelle al fungi, and hubby had spaghetti con polpette, both of which were very good and we polished off, though feeling very full from the starters! Our children had pizzas - and these again were huge! I think they were the largest individual pizzas I have ever seen! They have very healthy appetites and no longer need a children's menu in restaurants, but they could not finish these! Apparently smaller ones are available on request, perhaps on a children's menu, and they both said they would request this smaller size if we visited again. Even for an adult the pizza size would have been too large, especially with starters beforehand.We didn't, and indeed couldn't, have desserts - we were far too full!However, despite the overly large portions, we thoroughly enjoyed our meal, felt that the atmosphere was warm and welcoming, and that it was just a comfortable place to 'be'. We felt valued as customers.We actually considered returning on the next evening, the last night of our stay, but tried another nearby Italian as a change, which we subsequently regretted as it was nowhere near as good! When next in the area this restaurant is definitely somewhere we would wish to return. Thank you.

We were tempted into Ginali's by the offer of whole grilled sea bass on the specials board outside. And what a delicious piece of fish it was too. Beautifully cooked and nicely presented, simply served with boiled potatoes and some roasted vegetables. It was probably a good job that we hadn't bothered with a starter because I doubt if we would have been able to finished it all otherwise.Pleasant staff, nice surroundings and delicious food at very reasonable prices - what a pity that we don't have a decent Italian restaurant like this in Exeter. 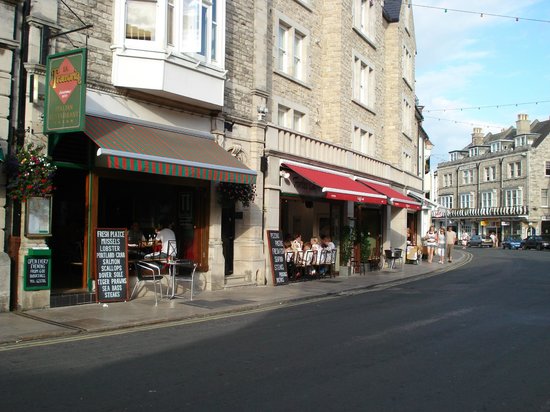 La Trattoria is open evenings for atmospheric dining a la carte or fixed price menu. Pizzas and pastas are always available. Fresh fish, shellfish and lobsters which are caught locally, all are available according to season. We also have local meat dishes

Had dinner here twice and lunch in the cafe part once.All the food was good. Decor smart and clean. The outstanding thing was how good the staff were. Beautifully turned out in crisp white shirts and trousers they were the epitome of professionalism. On Saturday eve the place was packed but no long waits for food. The staff were bustling around non stop, always doing something. Excellent service. 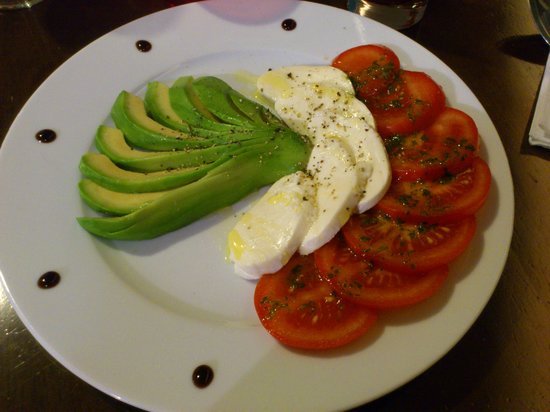 This a nice friendly place - small with only a few tables. The front of house chap was very welcoming. Good service. Excellent food - I had monkfish which was lovely. Recommended 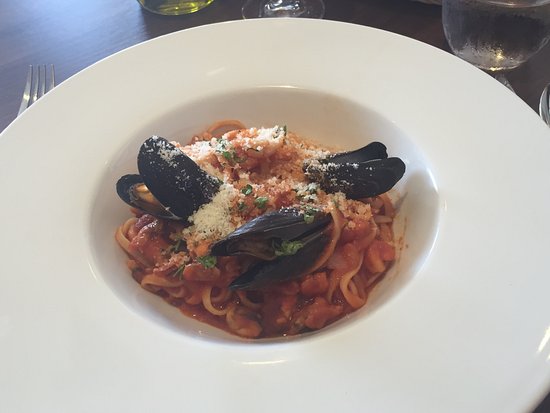 This was my birthday treat with friends. The staff were very friendly and professional. The food, well what can I say, fabulous. We had a party of families of very badly behaved children with their parents. The staff and management were very apologetic and offered us a table away from the mayhem. The staff handled it extremely well and we did not let it detract from a very good evening. I have to say if you canât control your children, do not inflict them on customers out for an evening. I say this as a mother and grandmother of well behaved children.Many thanks to all the staff at the Italian kitchen and no way will we let this stop us from returning to this amazing venue.