Where to Eat in Valley: The Best Restaurants and Bars

Valley is a city in Chambers County, Alabama, United States. Valley was incorporated in 1980 combining the four textile mill villages of Fairfax, Langdale, River View, and Shawmut. As of the 2010 census it had a population of 9,524. The city lies on the western bank of the Chattahoochee River, the state border between Alabama and Georgia. Valley is an "Alabama Community of Excellence". It is the principal city of and is included in the Valley, Alabama Micropolitan Statistical Area, which is included in the Greater Columbus Combined Statistical Area.
Things to do in Valley 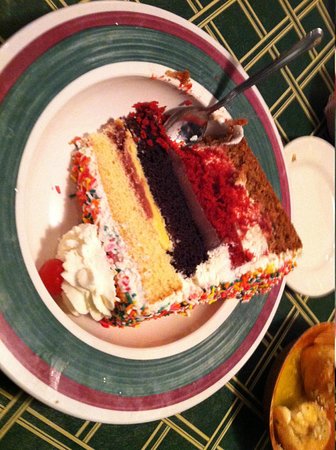 I have been to Milano's twice. Most recently was last week. I enjoyed the experience, but I am not sure which region of Italy this Italian food represents. With Italian food, there can be a wide range of seasoning and ingredient differences, based on where in Italy the food is from.
The food at Milano's appears to be made in store. The server was friendly and the service was good. To me, for my taste, the sauce was too sweet. It is not the Italian I am used to, but Italian food isn't the same just because it is "Italian"
Some of the food that others were eating was not what I call Italian, but American. It looked good, but wasn't what I had ordered. I do not want to mislead anyone. The food was good, but not what I prefer.
I had Lasagna. I enjoyed it, but am used to a more savory sauce rather than sweet. You will have to eat there to understand the review. It is a personal preference thing rather than a quality thing.

Johnny’s is proud to bring authentic, great-tasting New York Style Pizza and a variety of housemade dinners, craft beers, subs and more to the neighborhoods we call home. After a small-town start in 1977, we’ve grown to over 70 pizzerias across the Southeast. Our dough is made fresh daily, never frozen, hand-tossed and topped with the best ingredients we can find - premium mozzarella and parmesan cheeses, fresh-packed tomatoes, hand-cut veggies, and Italian sausage and beef with no fillers. Then each pizza is brick-oven baked until it’s golden brown, always with our signature soft and crispy crust, and served hot at your table. At Johnny’s, we grew up enjoying and perfecting pizza, and now we’re sharing our passion with everyone we serve.

Great pizza. Really, I highly recommend the food and lively atmosphere. We sat along the glass wall next to the prep area and the guys making the pies are really into it. Stromboli looked great too. We also had a salad and it was fresh and large. It pains me to say it but I had read on other review sites that someone was "accidentally" charged for pitchers of beer instead of glasses of beer and THE SAME THING happened to us. That feels fishy to me...but we all have the responsibility to review the checks...people do make mistakes.

This place had very good food. It is buffet style, but they do have take-out options. The sweet potato dumplings were to die for!!! It was excellent. Would go back in a heartbeat!

Was looking for a Mexican restaurant while driving to our hotel. We saw the El Rio Grande and the parking lot was packed. A comment was made that it must be good if the parking lot is this full. We circled the lot to find a space and went inside. We were seated almost immediately by the friendly host. The chips and salsa magically appeared. Our waiter quickly arrived and after answering our questions, we placed our order. The large margarita (44 oz.?) on the rocks was opted for rather than the El Grande.(60 oz.?). The chips and salsa were great! Conversation was flowing. Our Texas Fajitas for two (shrimp, chicken, and beef) were delivered and then conservation all but stopped. Everything was great! The food, the service, the atmosphere, and the margarita. We look forward to returning, as the El Rio Grande is now on our list of 'go to' places when in the area. 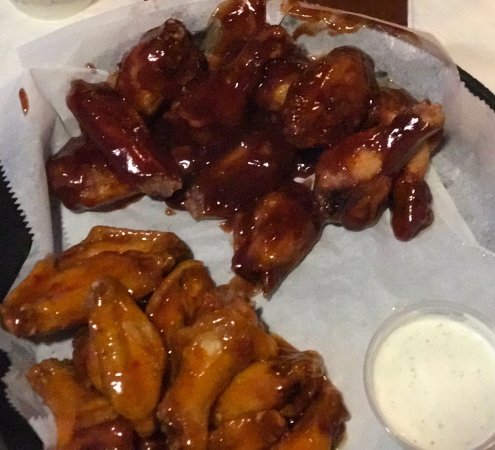 Docks is my husband and I's go-to weekend date night place in the area. The food is always delicious and the staff is always friendly. I love their wings! I think I've tried all their sauces at this point and if you can handle a bit of heat, the mango habanero is awesome. I've tried many items on their menu from seafood to sandwiches to wings and appetizers--I've never had anything I didn't like. The outside patio is great to sit on during the summer months because it overlooks the lake. 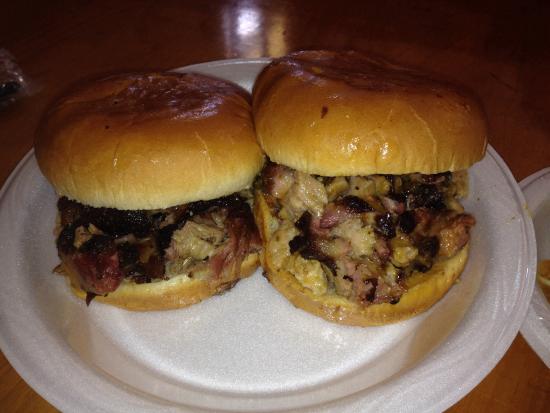 Reviewed By Carly B

Chuck's is by far my family's favorite for BBQ. While they offer other foods, we maintain a steady order of chipped pork with extra sauce. It pairs perfectly with their fresh buns, and thin & crispy chips. Delicious homemade sweet tea and homemade cakes and pies are the finishing flair to this local legend.

If the prices were a tad lower and the ambience a touch nicer I would go for five stars.

We stopped in for a really late lunch, after 3:00, while traveling. We were quickly seated and drink orders taken. The food orders were taken quickly and delivered fast. The food was really hot and fresh and had a great flavor. Daughter and I shared a dinner portion of steak fajitas. The tortillas were a bit small, taco size, but still very good. I would have gone with bigger tortilla as we had way more filling than room in our small tortillas. But, the taste was still very good. The staff was super friendly and kept our drinks full and checked on us. The price was very reasonable and the servings were generous. Overall, we had a great experience at San Marcos and if we are ever in the area, we would eat there again.

Ordered online to be delivered to Hampton Hotel.
Took 2 hours for delivery.
Food was luke warm at best.
Wrong drinks came, wrong dipping sauces came. Driver "forgot" the receipt. I need receipt for travel expenses. Called manager. Manger acted as if he was being bothered by my call. Had excuses for everything " We're swamped", "we're short staffed". "Driver swapped your sauces with another order" finally towards the end of the conversation he apologized. Manager didn't seem to care at all. Driver brought me back my receipt, though an unitemized one. He stated, "you wanted me to bring back a receipt didn't you?" Wow! I reluctantly signed it, wished I didn't, though they would have charged it anyway. I would stay away from this Domino's. At least until they can become better managed. As much as I travel, this was absolutely the worst service I have ever had! 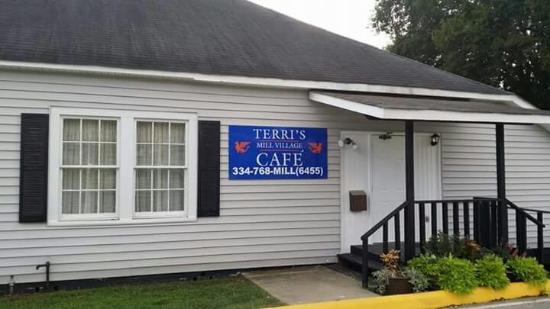 This place is locally owned by Terri Culpepper. Someone I have known for quite a while. I love to eat here. Everything is delicious & is made from scratch. They have soups, chicken & dumplings, sandwiches, hot dogs, a salad bar with fresh ingredients, desserts, and drinks. She also sells homemade chicken salad and pimento cheese by the scoop on a bed of lettuce or you can by it by the pound. My granddaughter loves the salad bar. Terri's is open for lunch only and is always packed. Yummy!! 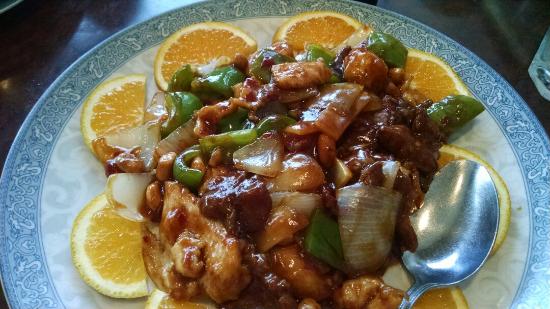 Whenever I am in Valley, we stop for lunch at the Zen House. Food is very good and the staff is friendly and attentive. My favorite is the orange chicken. My husband loves the honey chicken. We have never had a bad meal. Definitely stop in if you are in Valley.