Where to Eat in Ulan-Ude: The Best Restaurants and Bars

Ulan-Ude (Russian: Улан-Удэ, IPA: [ʊˈlan ʊˈdɛ]; Russian Buryat: Улаан Үдэ, Ulaan Üde) is the capital city of the Republic of Buryatia, Russia; it is located about 100 kilometers (62 mi) southeast of Lake Baikal on the Uda River at its confluence with the Selenga. According to the 2010 Census, 404,426 people lived in Ulan-Ude; up from 359,391 recorded in the 2002 Census, making the city the third largest in eastern Siberia by population.
Things to do in Ulan-Ude 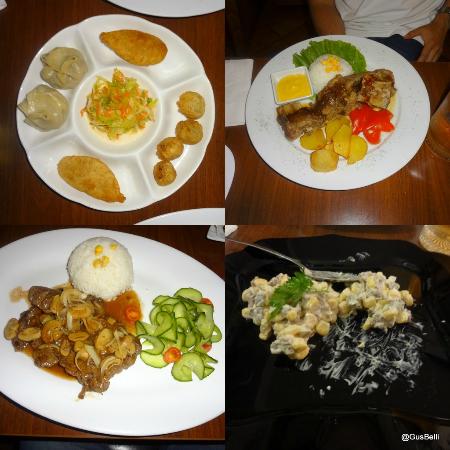 Neither great nor terrible. The location is excellent, a few metres from the main square. The food is fine, all Mongolian, with a wide range, and caters for international travellers with an English menu. The restaurant is spotlessly clean and tastefully decorated. A bit pricy for Russia though, and can get hot in summer. 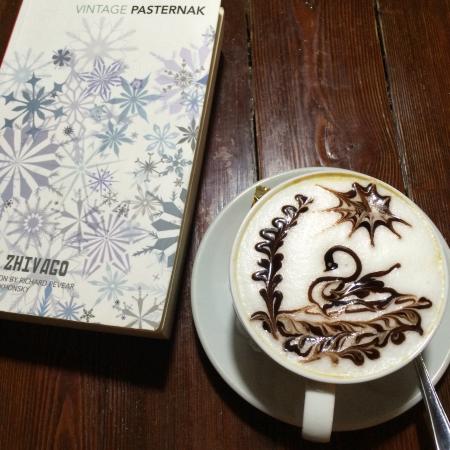 My friends and I had great dinner the other day and it was lovely.
The food was nice and the taste was good, there were various dishes on the menu includes vegetarian and traditional food.
The service was good and the staff were kind and good. 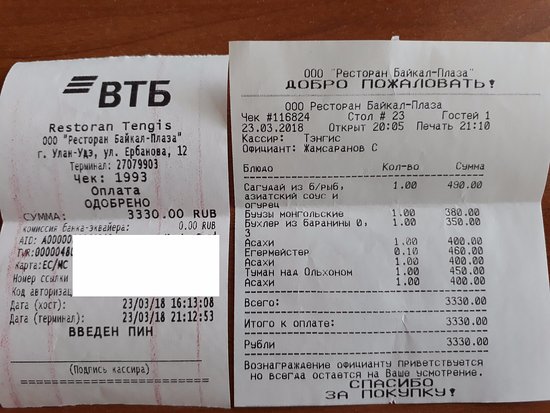 We ate there for lunch today (15/1/10). All was excellent. Unfortunately we were abit early so things were a little slow to start but I don't fault them for that. The menu is in English. We had the Baikalskai salad (R400), Tengis soup (R290 for...MoreDear Guest! Thank you for choosing Tengis restaurant! We appreciate your positive comments very much! We are happy to know you' ve enjoyed tne national dishes ! We will be glad to welcome you again in the future! 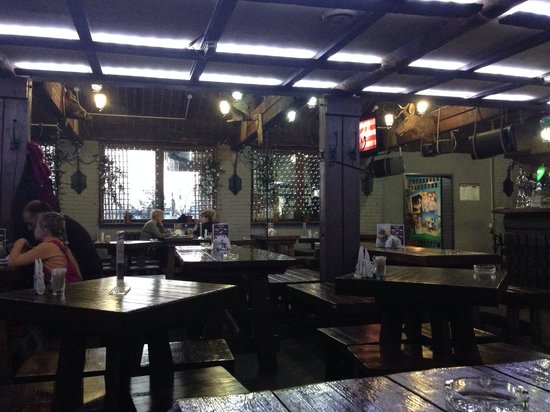 I visited Bochka twice, during summer 2013 and winter 2014. In the summer, there is a really nice two-floor beer garden area. Nevertheless, the indoor Seating is similarly nice, with one more quiet room for conversations and another room with music. Dishes are both Russian and Western. While pizzas are very decent, the shashlik is excellent. There are a few draft beers; unfortunately, bottled beers are nearly all imported/international brands. 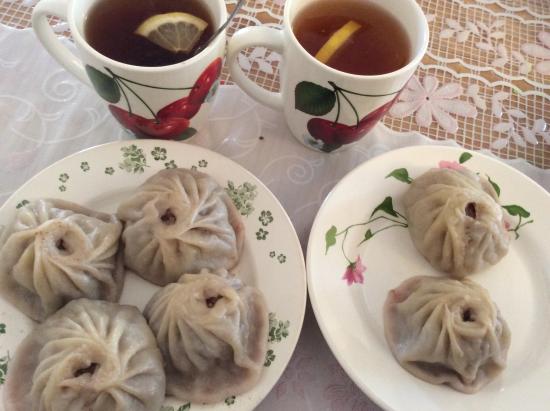 Buuza is a real discovery if you are interested in Buryatian traditional food or simply would like to eat local, nutritious and cheap. First of all buuzas (Buryatian dumplings) here are perfect. They are offered to your choice with chopped or minced lamb just 40 rubbles per one buuza. They are always freshly made, perfect size - not very big and not very small, with ideal proportions of dough and meat. What you also can try here are traditional Russian soups like Borsch (beetroot soup) or Uha (fish soup). They are 125 rubbles per portion. Starters - cold or hot- are equally not bad at all. Cooked beef tongue is 150 rubble per portion, Caesar salad with chicken is 320 rubbles, plate of fresh vegetables is 110 rubbles, but is not very rich - not worth ordering.
In general this place should be recommended for its buuzas and beer which is cheap but of very good quality. Tap beer is 110 rubbles per 0.5 l.
When you find the restaurant, enter the building and immediately turn left and go downstairs! The restaurant is in the cellar. On the ground floor you can only buy cooked food, but this is not the same as Buuza!
Prepare yourself for waiting - service is not very quick! But the food is worth waiting. Just come, relax, enjoy the ambiance and interior of the place. Bon appetit! 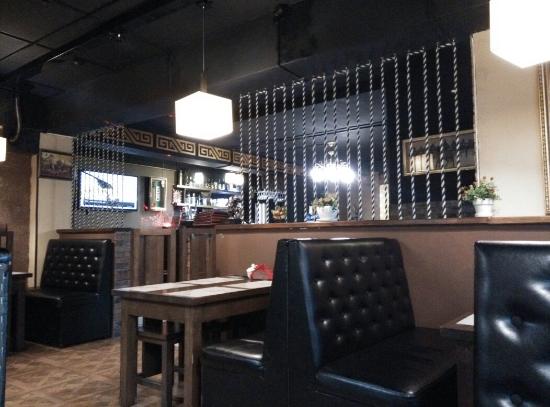 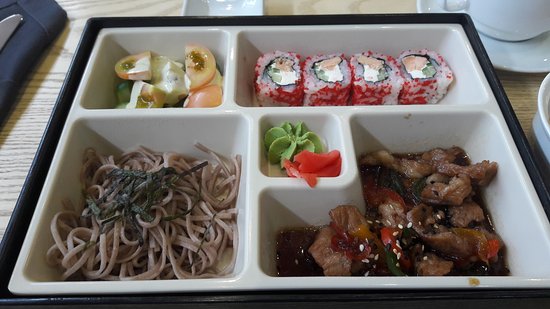 We got advice from a local to eat here and the food was really nice. The location is a little bit behind other buildings so you have to know that it's there. Nice atmosphere and good food! 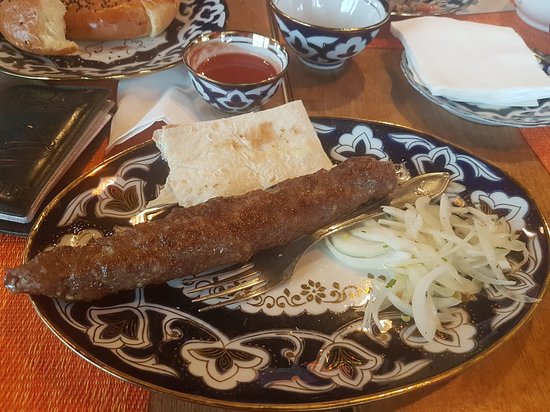 The views from the Terrace restaurant are the big draw here.
Staff are young, welcoming and friendly and work their socks off.
Reasonable choice of Uzbek, Tartar and Georgian food and I am probably a bit harsh to describe it as disappointing above, but my impression wasn't helped by everything being served at the same time [not an uncommon occurrence in Russia].
Went there once but went to Shaslikoff--see my review--twice as the quality of the food, ambience etc was so much better in Shaslikoff.
Disappointing range and quality of cocktails. 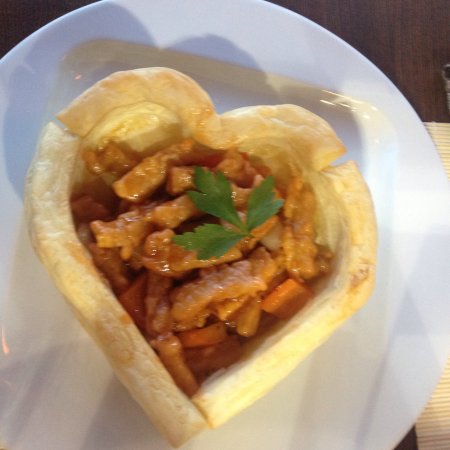 Reviewed By 924DavideT - Manaus, AM

The restaurant is at the bottom of a new building but recreates the atmosphere and the colours of ancient Mongol era. The place is spacious and with many round tables to easily share the plates as in the tradition of Central Asia. Here it's possible to find all the tastes of the region: the typical buuzy in different tastes, meat with red berries, the pine jam and of course soups. The atmosphere is charming and elegant with live traditional music (but I ve seen a poster of an Italian karaoke night!) and the prices are cheap considering the variety of menu and the level of the place. There isn't an english menu and don't expect much help from waiters but it's the chance to try something blindly!

although our waiter was very kind and with good knowledge of English the menu its self was limited and even the local dishes were not very interesting .