Where to Eat in Tavistock: The Best Restaurants and Bars

Tavistock (/ˈtævɪstɒk/ TAV-i-stok) is an ancient stannary and market town within West Devon, England. It is situated on the River Tavy from which its name derives. At the 2011 census the three electoral wards (North, South and South West) had a population of 13,028. It traces its recorded history back to at least 961 when Tavistock Abbey, whose ruins lie in the centre of the town, was founded. Its most famous son is Sir Francis Drake.
Things to do in Tavistock 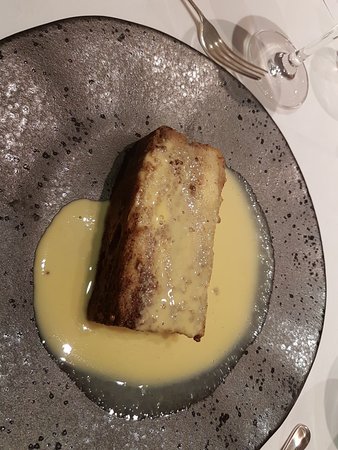 The Horn of Plenty has been thrilling guests for 50 almost years with some of the South West&apos;s very best food, drink and accommodation. This multi-award winning, independently owned Country House Hotel and Restaurant has 4 AA stars and 2 AA rosettes for fine dining. Food is high on the agenda here, with 90% of produce sourced locally. Service is everything you&apos;d hope for: warm, welcoming, friendly and helpful, without a hint of stuffiness. The hotel stands high on a hill, overlooking 5 acres of beautiful Gardens and wild orchards, and beyond that, the breathtaking scenery of the Tamar Valley. 16 stylishly furnished en-suite bedrooms offer outstanding comfort and luxury. Most have balconies overlooking the valley.

Decided on The Horn of Plenty for dinner based on the good food guide (GFG). Food was good, not massively imaginative, but well cooked and presented. I was particularly impressed with the local input in to the menu; the quality of the ingredients really came out. Food was a bit salty for my taste.
Lovely setting in an old country manor house but thought the decor/ambiance was a bit old fashioned, reasonably well maintained but not wow. Lighting did not help - too harsh, bit bright. The weather also was not good and unfortunately did not show off the surrounding countryside. 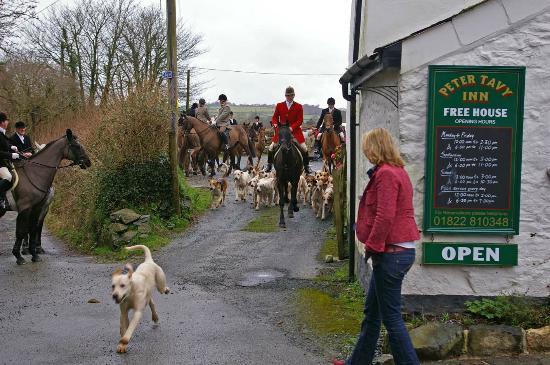 After a long business trip, we were directed to this inn as being very good for a meal. However, we arrived after serving time, but the wonderful landlady allowed us several minutes to choose. Such a kind gesture and very much appreciated. The pub had lots of clientele still eating. All staff were happy and treated us as friends. Food was delicious, especially the roast dinner. The atmosphere was so good that we will be visiting again when in the area.
Such a delightful place to eat.
Tucked away down a narrow road but well worth the effort. 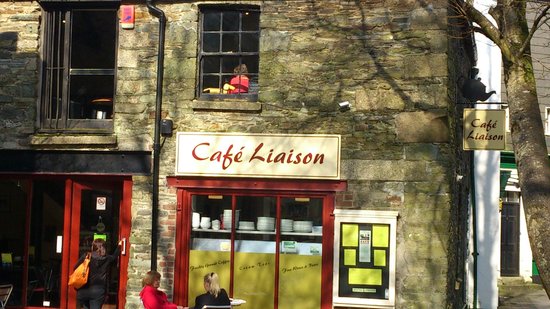 Pleasant staff, clean eating area downstairs.
I ordered scrambled egg with bacon and toast. Can’t fault the food, however it was served with little packets of butter that were rock hard. I understand refrigeration and it’s nicely presented but by the time you’ve managed to soften them by placing them between the toast and under your cup of tea, the toast has gone cold.
I’m pleased that I didn’t order poached eggs as they certainly would have continued to cook and turn hard.
This is something that could easily be rectified.
I would eat here again but not order the toast.

A contemporary restaurant in the centre of Tavistock idyllically situated next to the river. The restaurant is light and modern inside and has outside Seating on the riverside Terrace. Open all day, everyday serving the full menu all day.

Staff excellent. No atmosphere. Very noisy as the tables are squashed in. There were seven of us. All the meals were fine except mine. I had fish pie. Ninety five percent mashed potato. No sauce. Four very small prawns. A small piece of salmon and some nondescript grey fish. The worst meal I have had. My drink was soda and lime and was delightful. They were very apologetic and did not charge me for the fish pie and gave me a free coffee. 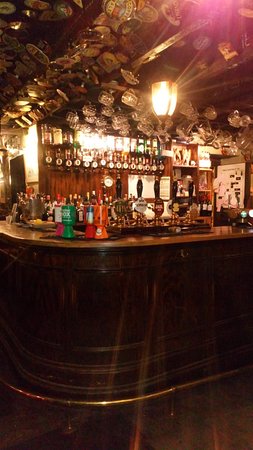 We pride ourselves on producing the highest quality food from the finest ingredients - beef, from local herds that has had a minimum of 21 days maturing; lamb and pork also from local farms; fish that is delivered fresh - never frozen - from St Ives daily; marvellous and varied English cheeses from Tavistock and fruit and vegetables from Helston. All our food is prepared and cooked from these fresh ingredients in our kitchen; no bought-in already prepared frozen food is ever used. Our menu and specials are ever changing and offer a wide selection to choose from including a number of vegetarian dishes. On Sunday lunchtimes we have a choice of two roasts (one of which is always sirloin of South Devon beef), steak and kidney pudding, haddock and chips together with a selection of dishes from the specials board.

I did not think the food was worth what they charged. £16.95 for Fish and Chips which was nice but nothing special. The starters were extremely expensive. If the food had been 20% less it might have been worth it. 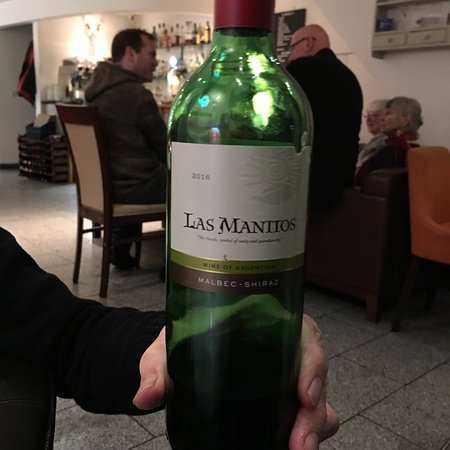 Open 7 days a week with a fantastic range of menus Taylors has something for everyone. A modern breakfast menu, freshly made cakes, delicious coffee, light lunches, the unique West Country Tapas menu and our full evening menu compliment a superb wine list, extensive cocktail menu and a delicious range of beers and spirits with Peroni on draught. Taylors offers a more formal upstairs dining area to compliment the relaxed cocktail atmosphere downstairs together with the private dining area in the Kings room. A full outside catering and events service is also offered giving you the opportunity to sample the Taylors experience wherever you like.

We were recommended by the owners of the Tavistock house hotel and we certainly agree with them. The food is delicious, well presented and very polite staff. Thank you. 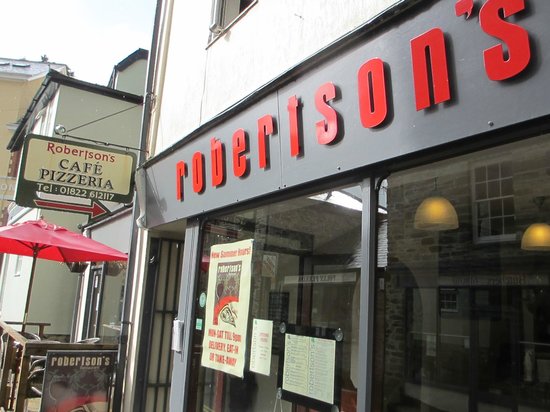 Just had a lovely lunch at this restaurant where we found imaginative and very tasty wraps, soups and sandwiches, delicious gluten free cake and good quality coffee. Reasonably priced and excellent value, friendly and swift service and a good, slightly offbeat and unobtrusive musical soundtrack. We were amazed that it wasn't crowded out and that locals seem to prefer the mediocrity of the nearby branch of Costa. When next in Tavistock, we will definitely come to Robertson's again. The main meal selection looked delicious too. 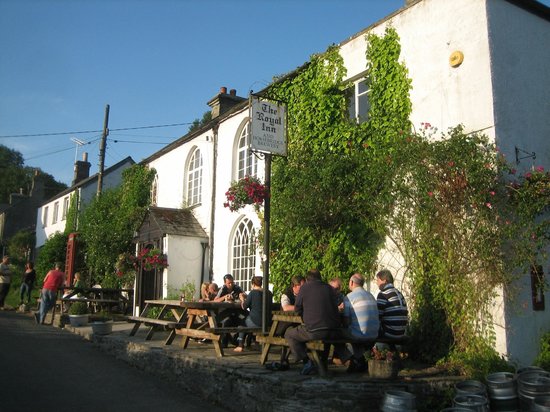 A first rate country pub overlooking the higher reaches of the river Tamar. Good quality fresh local food at tables inside and out. Well thought of locally. Well worth an entry.

Ate here every night (again) on our recent visit to Beera Farm. We just love this place and everything about it - location, architecture and furnishings, staff, food and drink! It is like coming home. Once again, the scallops (which I lived on for three nights) were superb, as was everything else. The "Grumpy's Cellar" blackboard is a great addition to the experience! 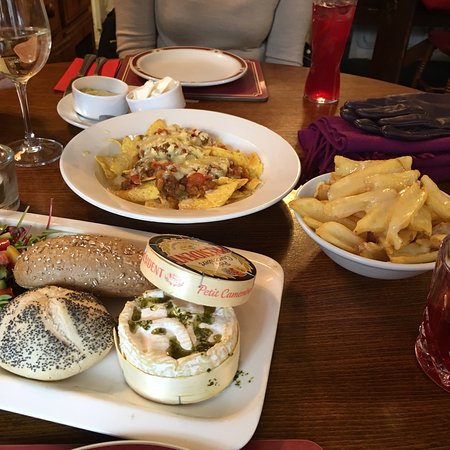 What can I say WOW!! Best meal I have ever had!! Would highly recommend!! Big portions, great value and absolutely delicious food. staff friendly and service very quick, nothing to much trouble. Highly recommend you try this place you would not be disappointed. will definitely eat here again.

Thariks is a beautiful Indian restaurant situated at the top of West Street in Tavistock, Devon. With a wide selection of Indian dishes available to suit both the timid and the very brave taste buds.If you are looking for a relaxed setting to sit down and enjoy a meal then look no further than Thariks. Decorated with clean colours, gentle music in the background and soft lighting all help to enhance your dining experience. There is also a room upstairs which is ideal if you wish to have a quiet meal together or if you have a large group.Also, should you wish to enjoy the Indian experience at home then Thariks is also perfect for its Takeaways. You can either order over the phone or order in the restaurant, there is a nice corner table with some light Reading on while you wait for your order.

Had dinner here on a Friday night and was very pleased with the service received. Also the owner was extremely helpful in talking though vegan options available and providing recommendations for dishes, one of which I’ve never tried before but was very pleased with. If you are in the area and struggling to find something suitable for vegans then this restaurant is a must.