Where to Eat in Spokane Valley: The Best Restaurants and Bars

Spokane Valley is a city in Spokane County, Washington, United States, and the largest suburb of Spokane. It is located east of Spokane, west of Coeur d'Alene, Idaho and surrounds the town of Millwood on three sides. The city incorporated as the City of Spokane Valley on March 31, 2003. The Washington State Office of Financial Management estimates the city’s population as 94,919 as of 2015. Spokane Valley is named after the valley of the Spokane River, in which it is located. Before becoming an incorporated city, the area was and still is referred to as "The Valley" by residents of the Spokane Metro Area.
Things to do in Spokane Valley 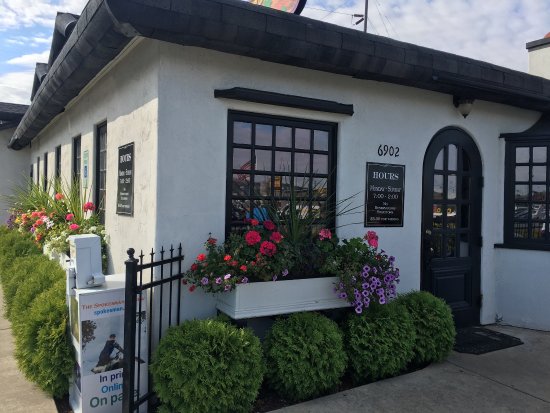 A Little out of the way but worth the effort!

Atmosphere
For years we have seen this cute cottage and said we wanted to try it out. It's quaint but not crowded.

Staff
We were greeted quickly and had our name put on a list. It was only about 10 min and we were seated. We chose outside. Beware though the traffic is flying by so it's not quiet but it is still a nice area to eat.

Food
I had omelette on hat came with fries. It was wonderful and HOT!! This was our first meal after getting off a cruise so I appreciated the hot food so much!!

The Cinnamon rolls were also wonderful! Definitely something to split between two though.

Pricing
For the four of us, kids had Cinnamon rolls ($8 each) it came to about $50 after the tip. The food was really good. Their portions are large so if you don't eat much I would advise splitting a meal with someone. 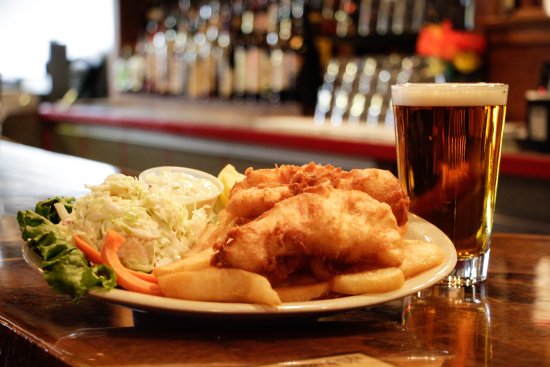 Friendly Neighborhood Bar & Grill. More of a restaurant than a bar... Kids always welcome! Halibut & Chips, Steaks, Chops, Burgers, and Breakfast at affordable prices. Daily specials for breakfast, lunch, and dinner! Serving Spokane and the surrounding area for more than 26 years! Stop in and say hello!

Love to eat here! Popular place with the locals for many years. They have a daily special. Favorites are the fish and chips, prime rib and huge burgers. Lots of down home cooking choices including meatloaf. Drinks are awesome too. Service was fast and friendly! 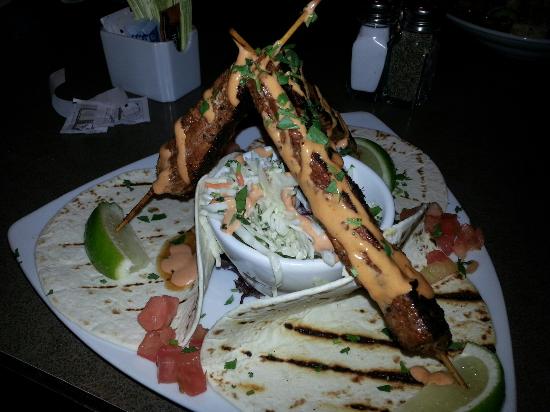 We had delicious appetizers and drinks while we were here! We had a mint julep and a berry bramble for drinks. For our food we chose the fish tacos and the fries with gorgonzola fondue! It was a fun and tasty meal. We will definitely go back again. 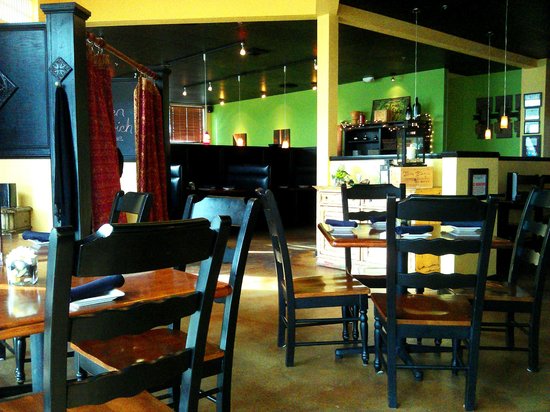 Great Food, fine wine, and special friends...What else is there? Ambrosia Bistro invites you to join us in celebration of the little things that make life truly worth living. Whether it&apos;s a business meeting with that important client, a romantic dinner with the one you love, a night out with friends, or spending time with family, the award winning Ambrosia Bistro is Spokane&apos;s first choice for upscale casual dining. Our innovative menu, Wine Spectator recognized wine list, and friendly and inviting staff are sure to make your visit a special one.Come, Taste Ambrosia for yourself!

We were at the end of ten days of traveling and eating a lot of food at good restaurants. We wanted less but we wanted good. And we found it at Ambrosia! We had the onion soup, the beet salad, the Asian pork wings and the Caesar salad. The “small “ salads were plenty. A glass of Tamarack Firehouse red and all was good. They were very busy but the service was excellent. Thanks Wayne. We will definitely be back and recommending this to our friends and Tripadvisor members. 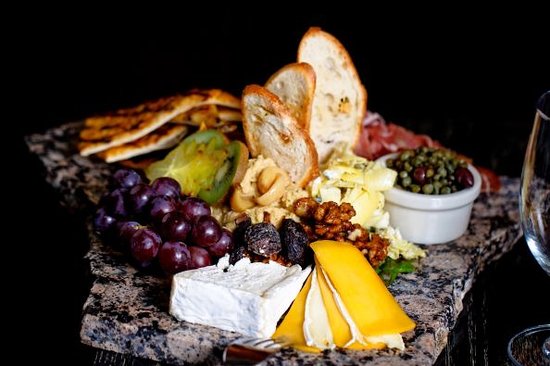 Spokane Valley&apos;s Award Winning Restaurant Take it to the MAX! Our Service Brings together an exceptional diverse staff from all over the USA and the World here to the Spokane Valley. Our polished restaurant team is truly focused on catering to your every need in a way that we hope will exceed your expectations. We look forward to helping you make your visit to MAX Restaurant & Lounge memorable!Our FoodIs created for you by our skilled restaurant chefs using the bounty of the season purchased, where possible, from the best of Spokane&apos;s local growers, winemakers and brewers to ensure the highest quality, flavor and consistency. Whether you join us for breakfast, brunch, lunch or dinner, every effort will be made to enhance the quality of your dining experience by creating our menu items from scratch. Fusions of flavors and uniquely creative presentations will awaken your palate as well as excite your eyes! Our Philosophy Is to create for our honored guests the ambiance of a dynamic dining environment that is both casual and relaxed, yet at the same time exciting and stimulating. 365 days a year, Max strives to be an exceptional Spokane restaurant which serves as a focal point for your culinary and entertainment needs. We take pride in offering to you Spokane Valley&apos;s newest and finest dining experience!

Max offers real prime beef and real mashed potatoes in a quantity which is delightful for mashed potatoes lovers! Vegetarian or vegan can get an equally tasty and nutritious meal. I travel all around the world. Thank you for the extraordinary meal. I had it...MoreThank you for choosing MAX at Mirabeau and we are glad you enjoyed your dining experience. We appreciate you feedback and hope you will visit us again! 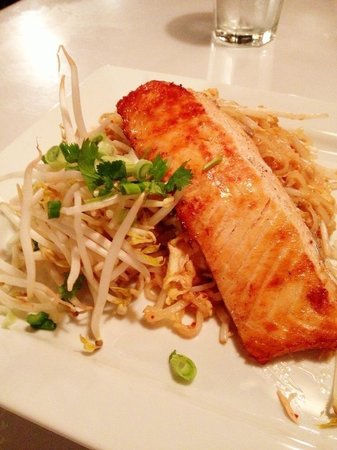 The food was excellent and we would return. They are only open from 11-2 on Monday-Friday. The place was full by the time we left. A suggestion is to call ahead of time and place your order so that when you arrive, your food will be ready and you do not have to wait very long.

Welcome to Top of India Reataurant, a family owned and run indian restaurant. We provide flavorful and healthy dishes for all parties. from meat lovers to strict vegans. We make each dish from scratch so our customers are assured that they are getting food that is fresh and well prepared,cuisine is known for its rich, buttery flavours along with the extensive vegetarian, vegan and meat dishes. Main dishes include Sarson ka saag (a stew whose main ingredient is mustard greens)Basmati rice is the indigenous variety of North Indian and many varieties of rice dishes have been developed with this variety. Many vegetable and meat based dishes are developed for this type of rice.

We were so impressed with this place - what a great find. To begin with, the decor is tasteful and understated with lovely Indian music playing in the background. The menu has so many options, we had trouble deciding what to order, finally settling on two dishes that we shared so we could try as many dishes as possible.

The wait staff did a phenomenal job -- every server in the place checked on us but it wasn't at all chaotic. Our food was delivered very quickly and the wait staff made sure all our special requests were promptly addressed and that our meals were as ordered.

In all, a fantastic experience and we will go back. 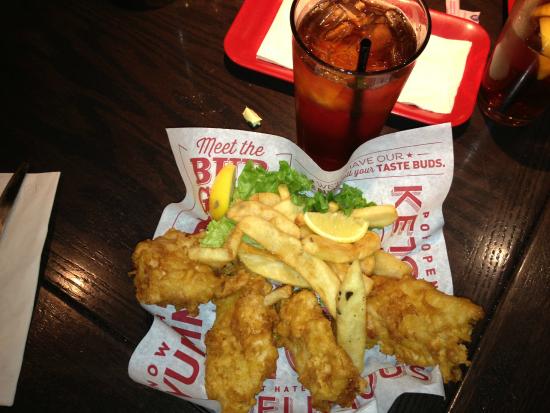 This Red Robin was just down Indiana Ave. from our hotel. It's in a shopping center so there is plenty of parking. We sat in a both with a divider between us and the booth in the next room. We did have a little kid looking over at us most of the time, but he was behaving. We started with Pretzel bites and beer cheese. The pretzel bites were deep fried so the salt doesn't stay on the outside very well. They were just ok. We then ordered regular cheeseburgers. I got the Nah Nah Moo Moo milkshake which was very good (Banana chocolate). My wife ordered a chocolate shake and the waitress messed this up, but did correct it. It took a while for the correct shake to come out. 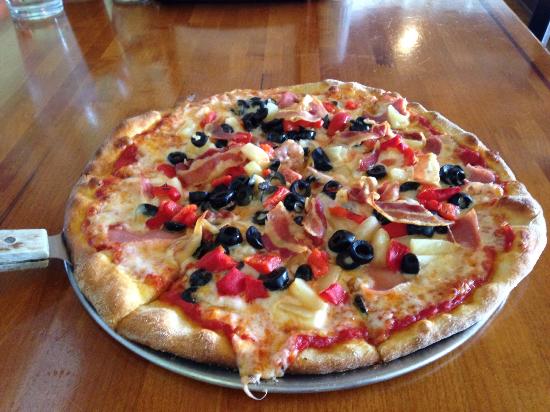 Reviewed By Jennifer B - Ventura, California

The pizza is fantastic. The combination of quality, creativity, service and atmosphere warrants this five stars. The b-boos appetizer is incredible. Make room for it. Great beer selection on tap. There was five of us (hubby, I and 3 kids ages 11-14). We ordered the BBQ chicken pizza and the meat primo pizza...these two pizzas are truly filling. With the appetizer and pizzas, we couldn't even finish and took two slices to go...and the pizzas are only 6 slices each. I also had the garden salad with blue cheese dressing...one of the best house salads I have had in a very long time. The service was phenomenal. These guys make some great pie here. We are impressed and will route our travels to come back again. 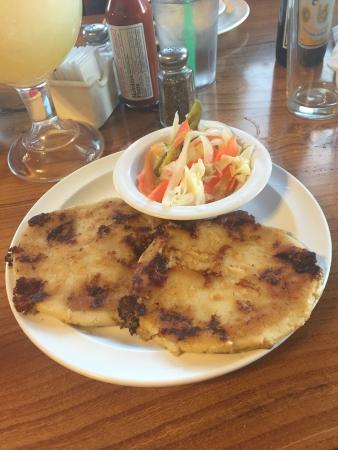 Reviewed By B T - Coupeville, Washington

On the basis of a recommendation on Trip Advisor, we had lunch here and two of us had the shrimp enchiladas recommended in that review. They were fabulous. They were, however, more like French crepes than enchiladas, but absolutely delicious. The third member of our party had a shredded beef chimichanga, also excellent. The portions were huge and the service friendly and efficient.