Where to Eat in Roslyn: The Best Restaurants and Bars

Roslyn (/ˈrɒzlɪn/ ROZ-lin) is a village in Nassau County, New York, on the North Shore of Long Island. As of the 2010 Census, the village population was 2,770. Initially Roslyn was settled in the year 1633. Roslyn was once called Hempstead Harbor, but its name changed to Roslyn on September 7, 1844 due to postal confusion regarding all the other "Hempsteads" scattered about Long Island.
Things to do in Roslyn 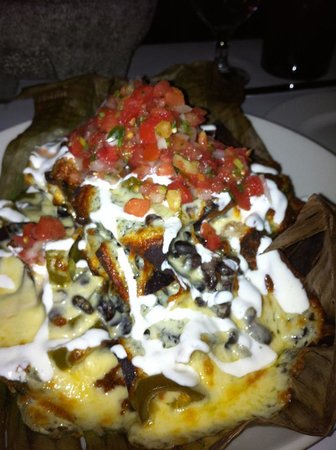 Besito, translated as little kiss, strives to delight guests with the warmth of a private hacienda offering thoughtful details and cuisine. Besito was rated "excellent" by the New York Times with decor that embraces all the flavors and festivity of Mexican cuisine. Enjoy fresh, table-side guacamole and over 75 tequilas all straight from Mexico. Enjoy our amazing Sunday Brunch the best on Long Island and our exceptional outdooring dining / patio seating in the summer!

We came for my birthday and I was very happy with the food and service. I pre ordered some appetizers ( I had 13 people, 3 under 6). Nachos with beef and nachos without, guacamole mild and spicy. All made freah and amazing. The main...MoreWe are so pleased to hear that you enjoyed your experience at Besito. Looking forward to seeing you again soon 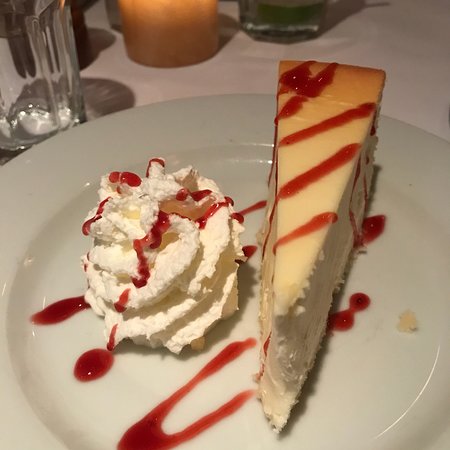 One of Long Island&apos;s most popular neighborhood restaurants, Mim&apos;s serves robustly flavored, seasonal American cuisine in a relaxed setting of casual elegance. We offer a full lunch and dinner menu with daily specials in the dining room and the bar. Behind the bar, an outstanding wine list, local micro-brews and a large selection of hand-crafted specialty cocktails are offered. Private parties, large groups & special events are welcome, with private dining & event space available. Mim&apos;s is known for welcoming guests with excellent value and warm hospitality.

I’ve been to Mims over ten times now. I have yet to have a bad meal there; their food is great. I highly recommend their quinoa burger with sweet potato fries and their Mac and cheese. You can’t go wrong with either. Although the food is very very good, their service is awful. Every time I go, my family and I have to wait extememely long for our food to come out, and sometimes it has come out cold. When we tell the waiters about this, they shrug and do not even seem to care. It’s a shame becuase the food is good, but this has kept my family and I from coming back. If you don’t care about waiting a long time for your food, and it possibly being cold then you can get a good meal here. 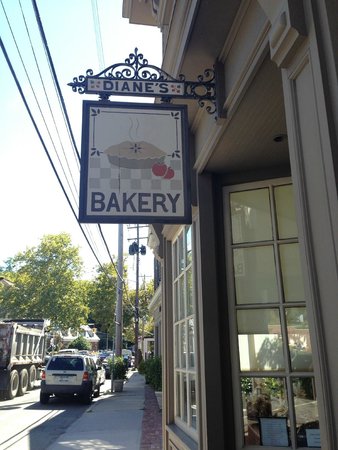 Love the Philly Fluff from this bakery. Their lemon pound loaf smelled amazing. Too bad I was too full from dinner to try this time. 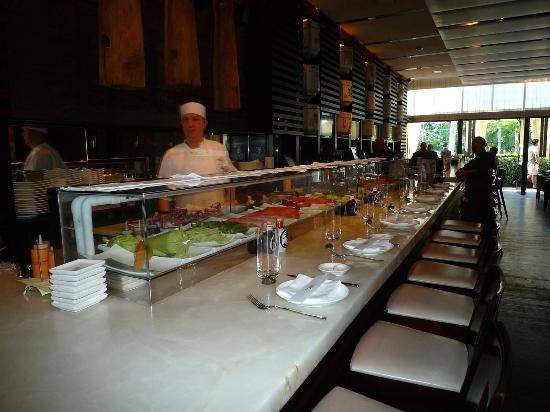 I have been coming to Toku for years and must say that each time is better than the last. From the cocktails, ambiance and menu they are the best sushi in Long Island. Always great for a large group with a variety of asian fusion options. The Tuna Tataki Salad is a favorite, along with any type of sushi. A must try! 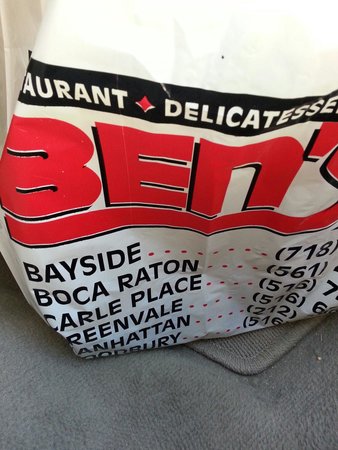 To some, delicatessen is something you put between two slices of bread. To me, it&apos;s a calling. I am committed to preserving the traditional cuisine of my Eastern European heritage, amidst all that&apos;s required to operate a modern restaurant. This is our pledge, from the Ben&apos;s family to you: Fresh food, freshly prepared and courteously served in a clean, well-maintained restaurant faithfully observing the Kosher dietary laws. I urge you to bring anything less to my personal attention by calling 1-888-344-BENS or filling out my "Ask Ronnie" form and submitting it with your questions or comments. Your complete satisfaction is our goal. Any concerns will receive my prompt attention. Ronnie Dragoon - Owner

What I have a chance I come to this restaurant for great corn beef or pastrami sandwich I loved the pickles along with the homemade coleslaw I can't get enough of it. Service is great very friendly staff prices moderate give it a try you won't be disappointed. 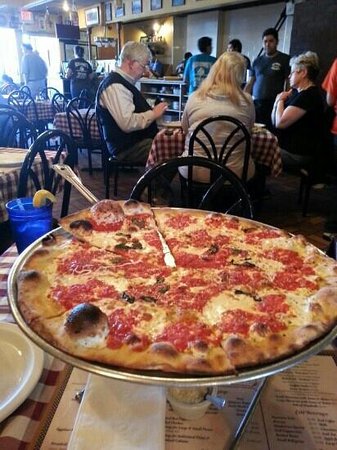 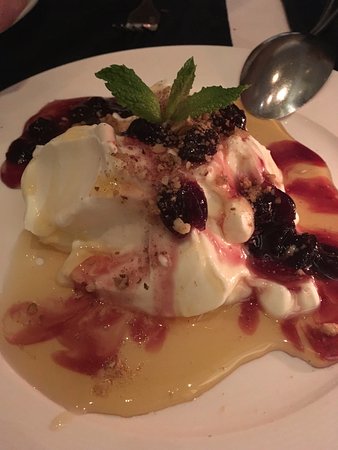 This is an excellent seafood restaurant with valet parking and a very nice decor. The tables are spread apart and nice mood lighting the menu is extensive and the food is fresh and delicious and the portions are good and priced fair. The wait staff are very knowledgeable and friendly and professional. Reservations are strongly recommended. 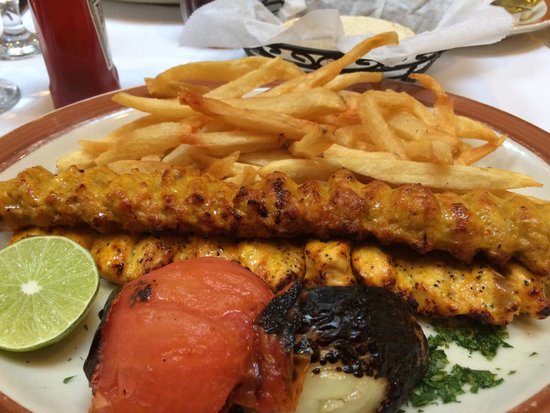 I had heard good things about this restaurant so I decided to try it out and it was really excellent... the food tastes very authentic. I love the salmon kebab it's very fresh... the meat is also great and I don't even gravitate towards meat dishes...all of the flavors are well balanced... I love this restaurant and I would definitely recommend it! 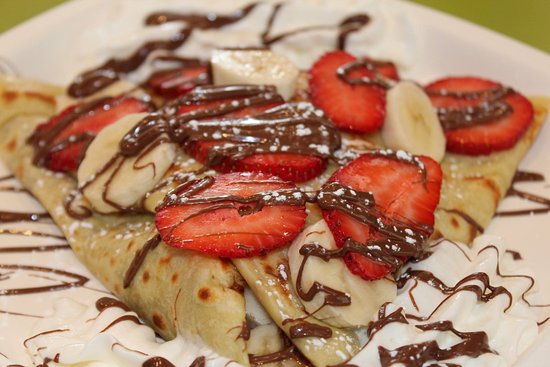 A frozen yogurt, crepe, gelato & coffee café located in the beautiful historic section within the Village of Roslyn

Although we don't live far from this little place, we'd never tried YOLO until tonight. I can't believe what we've been missing! It is a cute shop with several flavors of frozen yogurt and a toppings bar. They also have gelato and crepes. My children were tickled with their yogurt/topping creations. I tried the Nutella crepe, and it was amazing. We sat outside under the strings of lights on a summer evening with a nice breeze coming through. Ahhhh. We'll be back again for sure. The employees were very friendly & seemed genuinely interested in making the customers happy.