Where to Eat in Rogers: The Best Restaurants and Bars 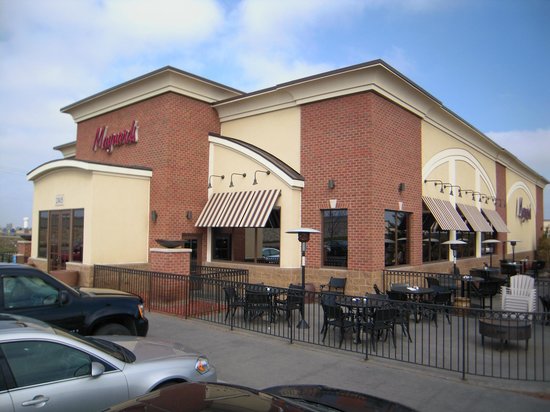 I stopped in for dinner. They have a great happy hour in the bar. On Tuesday night's they have a sirloin steak special for eleven bucks. Service was fast and friendly. Zack and the ladies behind the bar do a top notch job! 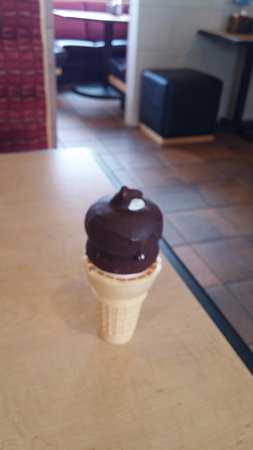 This is a busy place in town! A popular place for the TEAM to celebrate; families to gather; friends to meet; and couples to enjoy. Always a huge choice of yummy and special treats.

Stopped here on a Friday evening. Purchased the White Raspberry scone and it was delicious! It was full of white chocolate chunks and was super awesome. The Northern Light cooler was also great! Employees were very friendly and courteous as well! 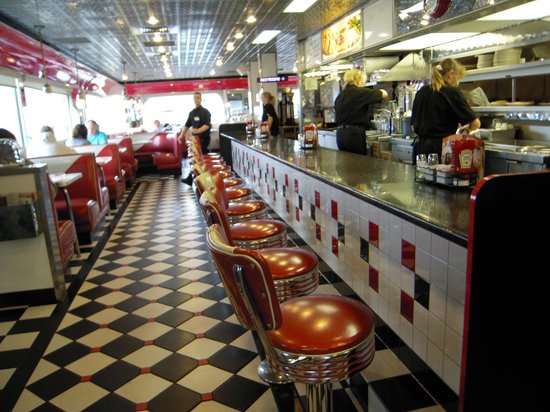 Rogers Minnesota has some great antique malls in the area but not many non-chain locations so when we decided to hit the antique stores we knew we'd probably end up eating fast food for lunch but we were really pleased with our experience here! The service was above our expectations and the amazing 50s diner intention was spotless and bright! There's big booths for families and lots of kids. The food was really good and came out fast! We will definitely stop again!

I live about thirty miles away from this Starbucks, but anytime I'm heading to the "cities" I stop by and grab a thing drink! My drink of choice for the last few months has been the "Salted Caramel Mocha". . . but since it's a seasonal thing. . . I can no longer get it. So after ordering drinks for my three kids, I took FOREVER trying to decide what to get. I requested something that's not on the menu, and they were totally awesome! They weren't sure what I was talking about so I said I'd just get something on the menu, but they insisted on trying this drink! They girl making the drink said she'd make one for all of us to try, and then I can decide whether I want to order it or not. So she made what I wanted, (A Caramel Vanilla Bean Latte) and poured it into to adorable tiny little Starbucks cups and we all tried it. Of course, after going through all that trouble, I went ahead and ordered the drink. She was so sweet! Told me that if it was not sweet enough she'd make me a different one! Of course, it was perfect as is, but I am a sucker for amazing customer service! There may be a Starbucks on every corner, but I can promise you, none are staffed as well as this one!

Linda's is hands down the BEST breakfast and lunch place in rogers! EVERYTHING is home cooked and tastes wonderful. Be ready for the larger portions.

If you have the pleasure-make sure to say hi to Linda herself who is often working.

Love going here to talk with friends or family!

I love the products and the people who work there, but what is up with the corporate at Starbucks and all the things they believe in? Definitely concerned about that - gay marriage, against Israel, etc. Not happy about those. 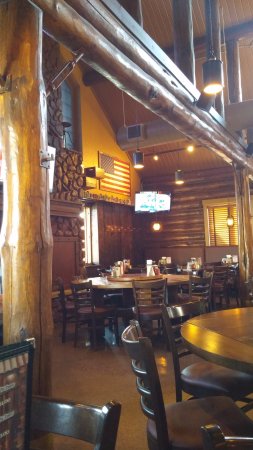 Went here with family for a Friday night dinner. This establishment is log cabin/farmhouse decor meets loud bar scene mixed with casual diners. The menu is your typical American style/bar food. Service was lacking in my opinion (not the most attentive). When our food came one person in our group didn't get their meal (had to wait longer for a salad ). I ordered the beef stroganoff, it was more like steak chunks in a gravy smothered mushroom & onion soup with linguini noodles & toast. Overall our food wasn't the greatest & overpriced too I might add. I did however enjoy the interesting decor. I can't really say I see myself going back for another visit. 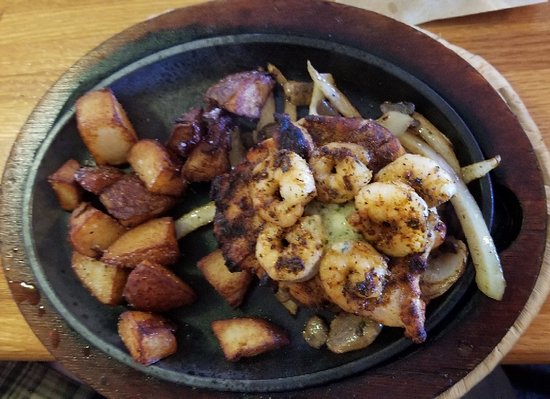 Went here for a Birthday celebration with the Family. This establishment is clean & modern with colorful decor. The staff is friendly & attentive to their guest's needs. Our food came out with average wait time, the food was pretty good overall. Our Waitress was fantastic! She did really well keeping up with our table's needs (a group of 8 during dinner rush). Also, the staff helped participate in the Birthday celebration for the two Birthdays we were there celebrating. I can honestly say that we'll be back in the future to visit again!! 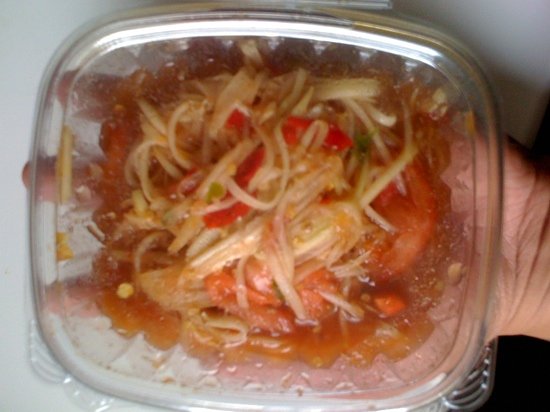 This is only Thai food restaurant around town and I felt disappointed. I saw one of the reviews here recommend cream cheese wontons were so good. It was nothing significant about it. Cream cheese cake filling inside. I ordered yellow curry with fried tofu. Not much tofu in it. Taste was some what how I make but there is no oriental food stores close by either. I've been to different countries. This place was low average. One of the reasons was there was only one young server was working and we asked for water when we ordered food, she got distracted by one new customer, then she totally forgot about us. We had to remind her again. Portion was very small for curry. Owner showed up he asked us how our dinner was, I was speechless at the time I couldn't say anything. I left restaurant very unhappy because of very small portion of food and I was still hungry and didn't receive good service.