Top Restaurants in Province of Albacete

Top Attractions in Province of Albacete

Where to Eat in Province of Albacete: The Best Restaurants and Bars

Albacete (Spanish: Provincia de Albacete, pronounced [alβaˈθete]) is a province of central Spain, in the southern part of the autonomous community of Castile–La Mancha. As of 2012, Albacete had a population of 402,837 people. Its capital city, also called Albacete, is 262 kilometres (163 mi) by road southeast of Madrid.
Things to do in Province of Albacete 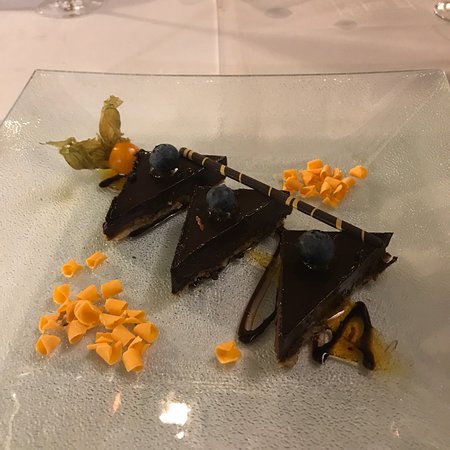 Wow - this place is something else. Don't be put off by the small frontage in a backstreet.As a foodie I'm always searching for the ultimate local experience. El Callejon certainly delivers. The snug bar and warren of rooms offer the ambience, suited waiters deliver stylish and amiable 5 star service and the menu delivers the substance and value for money. I can't recommend this establishment enough for local culture,history and produce. 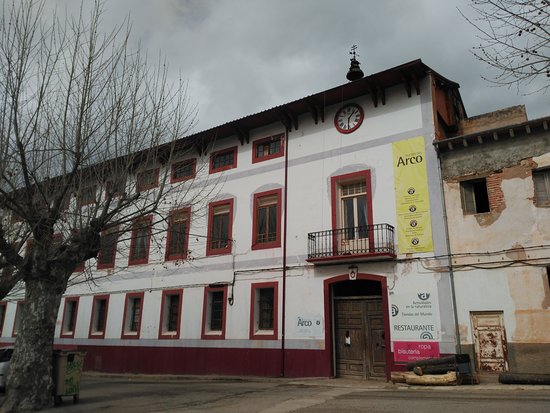 We came to this lovely restaurant and enjoyed a very tasty meal. The home cured cheese was awesome. The squid was very tasty (if not very camera friendly!) and my husband enjoyed his goats leg immensely. Reasonable prices for the quality of the food and the lovely atmosphere. No English spoken that we were aware of but that wasn't a problem for us. The courtyard is very pretty. 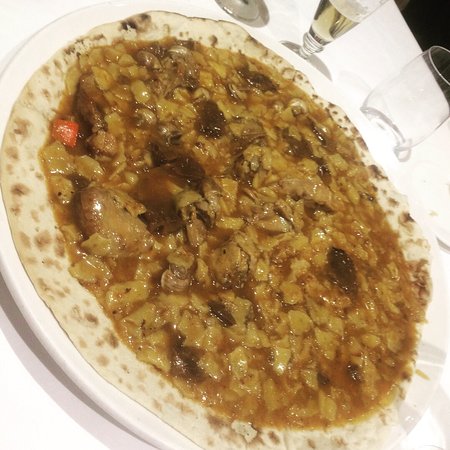 What a total surprise. This is the sort of restaurant that I love to eat in when I'm in Spain. It focuses on excellent produce cooked and presented simply, the produce speaks for itself. There is an old world feel to the dining room, dark...MoreDear mobile_mackem, We appreciate your opinion, we are happy to have served and fulfilled your expectations. This will always be your house. Look forward to seeing you soon! Kind regards. 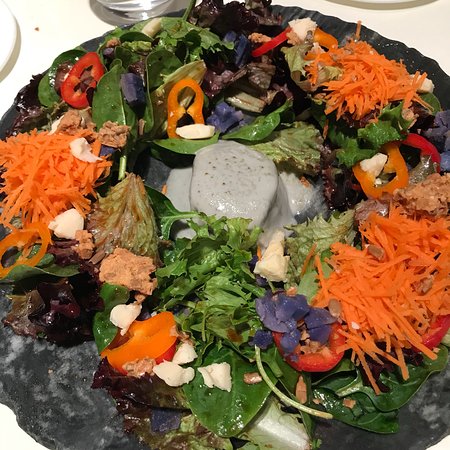 The food here is more than excellently cooked modern Spanish fare. The menu is inventive and features unique dishes that you will never experience anywhere else
There is a good range of dishes and an excellent wine list. There is also an impressively extensive gin list - if you like gin and tonic you should definitely try one of the unusual varieties on offer
The desserts are particularly spectacular - I had Lima-limon which is a good choice if you don't have much room left, not too filling but refreshing and satisfying. My partner had pineapple ravioli - this is absolutely out of this world! 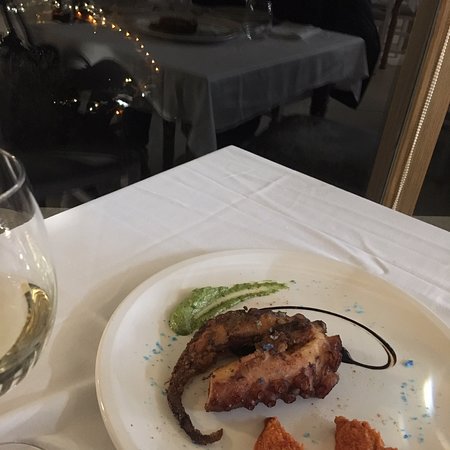 Went on a coach trip to the town (Dave's Coaches - very good trip, well organised and not too expensive) lunch was included in the price consisting of mixed ham and cheese, salad, potato bravas and bread, Spanish chicken with chips and finished with pan de calatrava. Wine and water was also included. Food was tasty and well cooked and the service was good. The view of the valley was fantastic and a great photo opportunity. I think most coach parties eat here and, due to the quick turnaround required, could affect the service of anyone coming on their own. 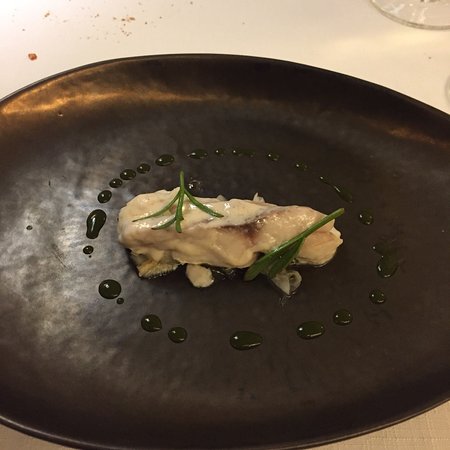 This is a top quality restaurant. It is a husband and wife team establishment but they are both professionals of the restaurant industry, The menu is small and after a couple of visits you may feel there is nothing more to be experienced, but Francisco the chef reworks the dishes regularly so whilst it may still be Ox Cheek it will look decidedly different if there has been any length of time between your visits. They have a beautiful climate controlled bodega for the wine and a selection to match more well known establishments. It has a modern decorative style and from the outside looks pretty modest, but go see them, you will not be disappointed. It is however expensive and given where it is located, one wonders how them manage to survive but I sure hope they do .
Lo siento mi espanol esta mal
Se trata de un restaurante de calidad. Es un establecimiento de equipo de marido y mujer, pero ambos son profesionales de la industria de restaurantes, el menú es pequeño y después de un par de visitas que puede sentir que no hay nada más que ser experimentado, pero Francisco el chef reinterpreta los platos con regularidad así que mientras que todavía puede ser buey mejilla que se verá decididamente diferente si ha habido cualquier longitud de tiempo entre sus visitas. Tienen una hermosa bodega de clima controlado para el vino y una selección para que coincida con los establecimientos más conocidos. Tiene un estilo decorativo moderno y desde el exterior se ve muy modesto, pero ir a ver a ellos, usted no será decepcionado. Sin embargo, es caro y da a la que pertenece, uno se pregunta cómo ellos logran sobrevivir pero espero que hacen. 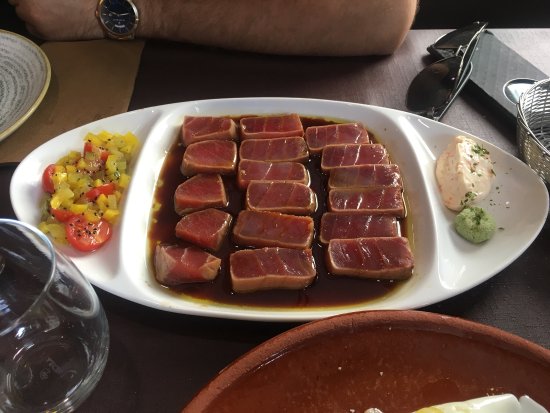 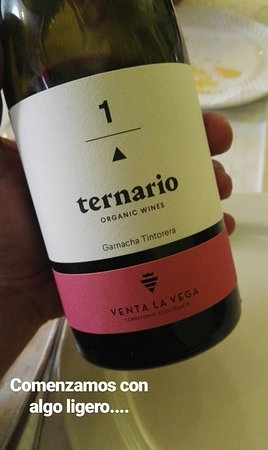 This restaurant turned into more of an "adventure" than we wanted. Only one of the four people in our group could speak Spanish (moi) - and I'm not fluent. The waitress couldn't speak any English, and the menu was only in Spanish. OK - we're in Spain - doh. I thought it wouldn't be a problem, but ... she went down one page after another and, in rapid-fire Spanish (in spite of my having asked her twice to speak slowly), pointed to each thing and said, we have this, we don't have this or this, we have this, etc. There was no way I could remember everything, to help the others in my group. The food was OK, nothing special. And then they brought us the wrong bill - one that was much higher than ours. Easily fixed, but annoying. We didn't want to eat outside with all the smokers, so had to eat inside where it was rather warm and stuffy.

We had a party of 10, the staff was perfect, friendly and attentive.. We shared many different dishes, all were very tasty, everyone enjoyed a fun filled night of food and víno.. 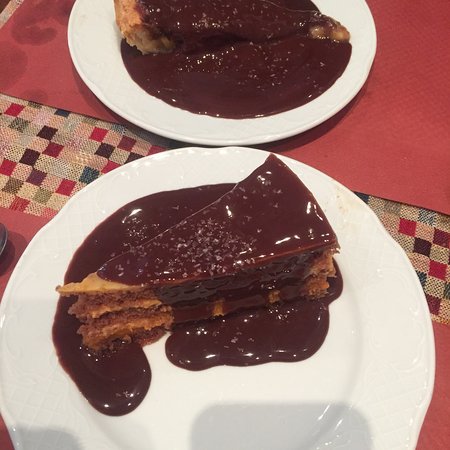 A great restaurant to sample La Mancha and all off its delights. May seem a tad pricey for tapas but the warm friendly atmosphere and staff make it a must.