Where to Eat in Prince Rupert: The Best Restaurants and Bars

Situated off the shores of continental British Columbia on secluded Kaien Island, Prince Rupert is steeped in the history of the Pacific Northwest. The area is the heart of Tsimshian Nation and is home also to other First Nations, including Haida, Gitksan and Nisga'a people. Visitors can learn more about the land's original inhabitants at the First Nations Carving Shed or by taking a guided tour of Prince Rupert's impressive Totem Pole collection, featuring both Tsimshian and Haida works.
Things to do in Prince Rupert 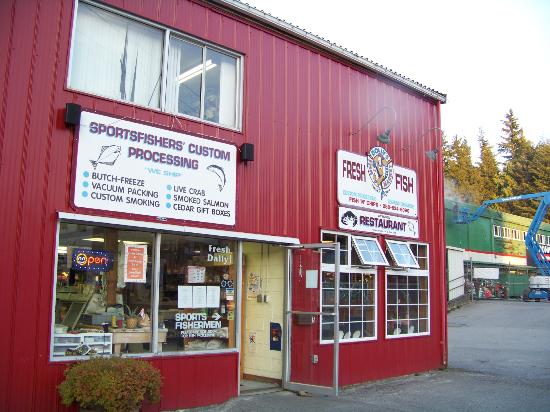 We waited for 30 minutes after ordering to receive overcooked halibut and a bouillabaisse with prawns that were hard enough to use in a handgun; and barely large enough to use as cocktail shrimp. It escapes me how a restaurant that's so close to an amazing source of seafood could be so bad. Based on what was served I concluded that Dolly buys the cheapest, low quality ingredients available.
Our server was new, didn't know anything - not her fault that the establishment doesn't train their staff. We arrived as the place was clearing out - waited a full 30 minutes for food as we watched others that arrived well after us receive their orders.
For a place that has spend almost zero dollars on decor (it's bordering on dumpy) $35 for a bad bouillabaisse is outrageous.
I don't understand the great reviews on here -- our experience was the polar opposite. I overheard a guy at the next table ask his mate how he liked his meal, the answer ...a resounding "not bad ". I wish ours' was that good.

The lounge has heavy wood accents like an english pub and a great outlook on the harbour with an outside patio. There are beer specials every day with some good draught choices. Food was a little slow coming but we were there to chat so not really a problem unless you were in a hurry. Seafood soup is highly recommended. Very flavourful and lots of seafood. Some of the appetizers were also really excellent (the scallop stirrup was very good). Main courses were also well cooked and presented. We found this quaint little seaside restaurant by accident while out for a walk while on a one day stopover in PR on our way to Haida Gwaii. It looked so picturesque and inviting, we just had to give it a try. The lunch special was seafood chowder, homemade bread, and salad. The salad was average, the bread was yummy, but the chowder was OUTSTANDING!!! We are from Vancouver, and are boaters, so we have had many chowders over the years; a number have been delicious, but NONE this memorable! LOTS of different seafood in a broth that wasn't thick with fillers. Lovely taste, perfectly seasoned. The meal was so good, we made Reservations to return for supper, and we were not disappointed. My husband had the lamb, and I had the scallops. Both were done perfectly, but the very best part of the meal was the smoked salmon appetizer! The service was perfect: great pacing, personable and helpful. The total experience matched (and exceeded) many of the best restaurants in Vancouver, and the prices were more than fair for the quality. It's just too bad it's so far away! 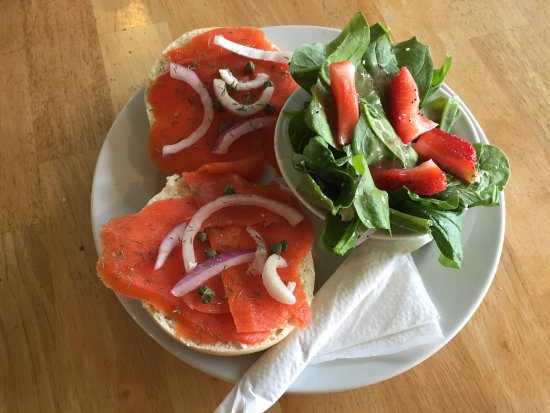 We absolutely LOVED Copuccino's Coffee House!! We stopped in for iced coffee's and lunch, and were delighted!! We each had homemade soup with a delicious roll, and heavenly Iced Cappucinos!! We loved the quirky decor' and the servers were Darling....... come early and be prepared to wait, this place has standing room only during peak hours!! 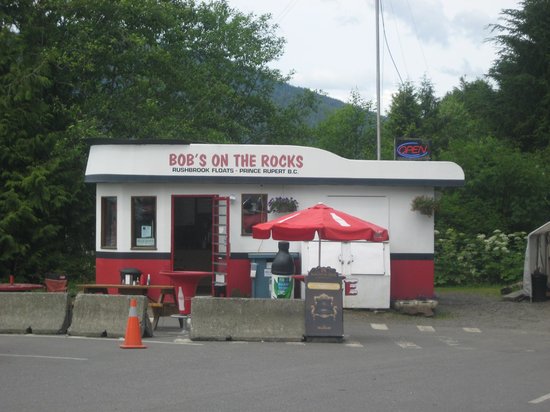 The staff was excellent in describing the different fish options! We met a couple of really amazing locals here who gave us some ideas of things to see. Food was fresh and AMAZING! Sitting on the outside picnic tables we had a great view of the marina and harbour. Was pretty cool to see the boats and ships! 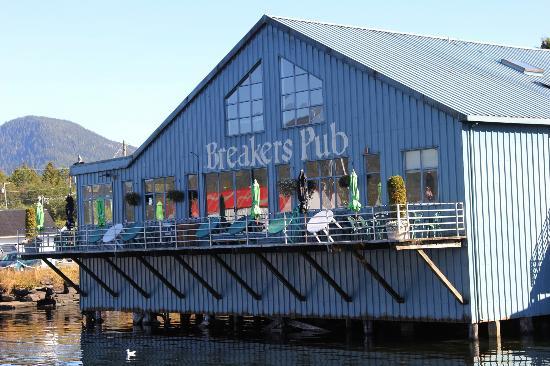 Every time I visit Prince Rupert, I seem to gravitate to Breakers Pub. The food is always nice, staff friendly and prices reasonable. The halibut and chips was very yummy, recommend that one. 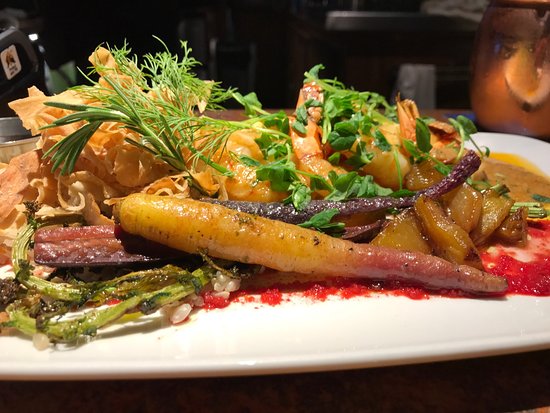 We spent the last night of our 5,300 mile road-trip home to Alaska, at the Crest Hotel,(see our review) and had breakfast the next morning at the Waterfront restaurant in the hotel. Great breakfast, lots of choices. Calm, quiet atmosphere with gorgeous waterfront views. Knowledgeable, friendly Waitstaff made our visit a pleasant beginning to our last day before catching the Marine HIghway, ferry.
We had a nice breakfast, a lovely view and good start to our water journey home. 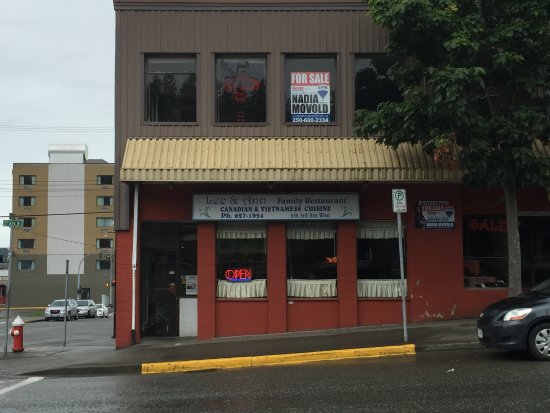 As has been stated, this place has zero atmosphere. Smells musty and very dull looking, but the pho is awesome!! I guess if you need to focus on something important in a restaurant the food IS probably the best one, but still a little atmosphere would be nice... 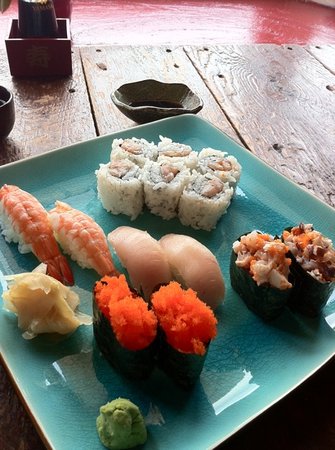 Opa Sushi is located in the heart of Cow Bay, located in one of the last remaining fishing net-lofts on the westcoast. We feature traditional Japanese sushi influenced by Northwest coast flavours. We are passionate about sourcing fresh, wild and local seafood and pair our fare with BC wines, craft beers and Japanese sakes. Open daily. 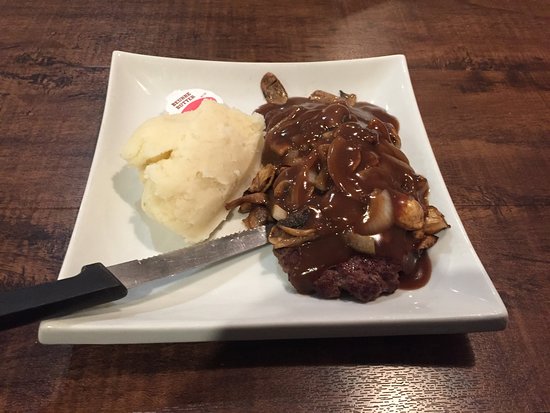 I've had the pleasure of dining at Naomi's Grill a few times now and each time I've left completely satisfied. As others have said, the portions are large, so be sure to bring your appetite! Everything is prepared fresh -- those of us who are inquisitive can view the food being prepared in the kitchen area, which is well within view.
So, yes, the food is fresh -- outstanding, even. But I want to comment on something else important: Each time I've visited, the owner has always been present -- greeting customers as they come in and, after orders have been placed, coming around to each table to ensure everything is to your liking. This, to me makes Naomi's stand out in Rupert's saturated restaurant scene. When an owner takes the time to visit tables and check on the quality of what is being produced, you know they care, both about the food and the customer experience. It's a great way to build rapport with those who visit your establishment because you feel welcomed and this, along with amazing food, makes people come back again and again -- something that is so important in a town where it seems like businesses struggle to survive. It's definitely played a role in having me come back.
As for the dining experience: The food is, in a word, outstanding! The very first time I visited Naomi's I had a cheeseburger and added a wiener; totally reminded me of my childhood where I'd always have what was called a "combo burger" (basically, a cheeseburger with a wiener). And the fries. . .I usually don't eat/finish my fries, but I do here: they have a wonderful seasoning on them and are always cooked perfectly -- crispy, never soggy. And their fish and chips are some of the best in PR, which is saying something! Lastly, the pies. Mmmm!! For me, the blueberry pie is the standout as it is made with fresh (not canned) blueberries. Perfect way to top off a lunch or dinner!
In short, Naomi's Grill very much reminds one of home and that is a good thing!
FOOD: 5/5
SERVICE: 5/5
VALUE: 5/5
RECOMMENDATION: Absolutely!