Where to Eat in Pomfret: The Best Restaurants and Bars

Pomfret is a town in Windham County, Connecticut, United States. The population was 4,247 in 2010 according to the United States Census. The town was incorporated in 1713 and named after Pomfret, in England. Pomfret is bordered on the north by Woodstock, on the east by Putnam and Killingly, on the west by Eastford, and on the south by Brooklyn and Hampton.
Things to do in Pomfret 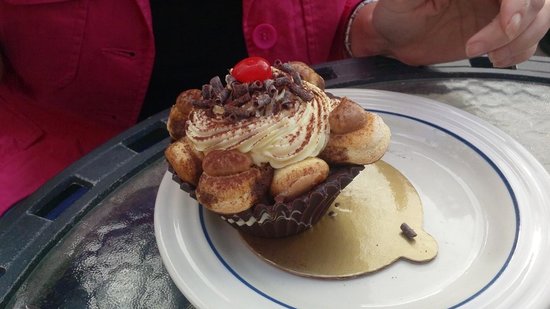 We passed this cafe four times, and the chalkboard sign saying that their homemade ice cream was made fresh daily enticed us. Especially, since the weather was warm (almost hot), and we like ice cream.

One day (9/19) we decided to stop in and get some of this ice cream. We had never been here before, but the place is lovely, both the inside, and the outside flower bedecked patio. When we entered, we looked around for the ice cream flavor menu, as all their menus are on the wall. We did not see it, walked around the counter, and glanced everywhere. All this time, there were 4-6 employees standing around chatting. I went up to them, and nobody even looked in my direction. Finally, I said, "Excuse me.....". I asked about the menu, and it seems it had not been placed in a visible spot. 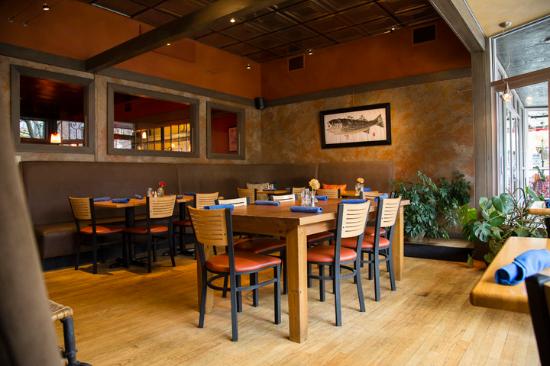 Chef and General Manager James Martin, along with brothers Barry and Brian Jessurun of The Vanilla Bean Café in Pomfret and Dog Lane Café in Storrs, opened 85 main in 2005. 85 main was created with goal of offering fresh, quality seafood and steaks along with locally grown produce in an atmosphere one might expect to find in a "big" city. The emphasis is on fresh ingredients and cooked-to-order menu items. The interior of the building was completely remodeled, creating a warm, inviting and casual dining environment. During the warmer months, the outdoor patio is open for dining.

Dropped in here for lunch midweek after reading great reviews on TA. Found on street parking right across from restaurant, and was surprised to find a great little restaurant one would typically find in a big city. Great atmosphere and service, along with delicious food. The optional exfoliating scrub in the bathroom is an example of this restaurant's uniqueness. If I'm ever in Putnam again, I would definitely dine here again. 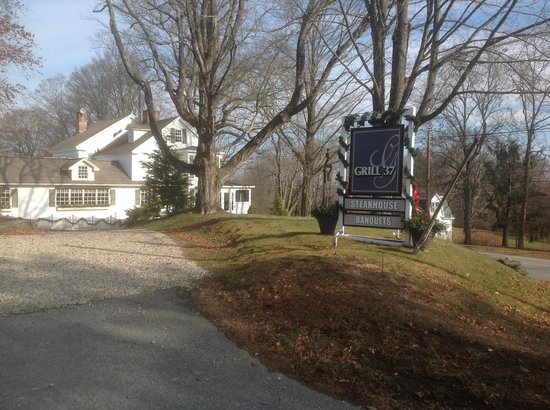 Grill 37 is committed to using the freshest ingredients as possible. We use local products in our weekly specials but we are constantly looking for ways to incorporate local, CT grown food in our everyday menu. You can taste the difference! Everything is made from scratch at Grill 37. Our stocks, sauces, soups and breads are all made by hand.

This was a relaxing dinner with friends and the restaurant was the icing on the cake. Th calamari and crab cakes were tasty and plump. The peppers added the right amount of spice.

The flounder Français was lightly breaded with to touches of citrus throughout.

And, the sorbet, just right! 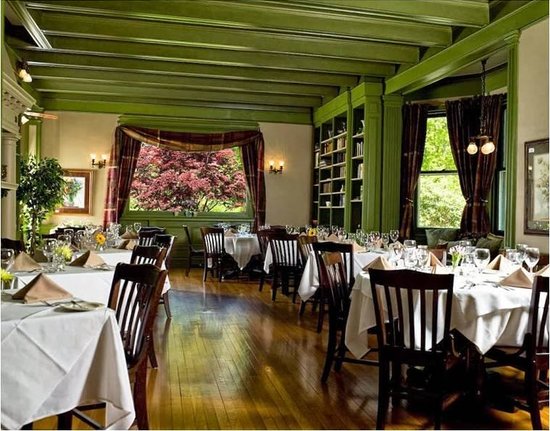 We had a very enjoyable anniversary dinner here. A limited menu but everything on it seemed to be done very well. I'm not sure why other reviewers complained about weddings ... the one the night we were there was in a separate building and we didn't hear a peep out of them. Service was prompt and overall very good. We'll be back.

I wish I could give 10 stars!!! The bread is awesome, bought a French baguette, crust is crispy but inside is soft and light. Wonderful selection of pastries, cookies, pies. Everything is very reasonably priced. Whether you are in Woodstock or just up the road in Putnam, this is the best bakery in the area. 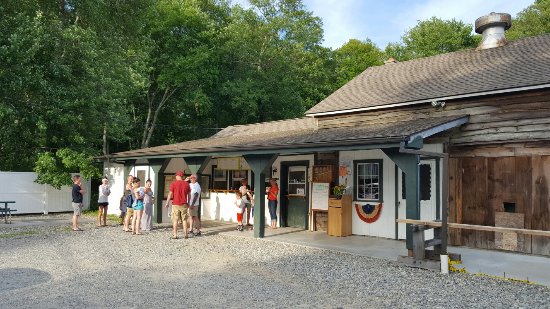 This IS the best ice cream I've ever had, and I guess part of the charm is that it's from cows that live right there. In summer, the lines are really long but it's part of the experience. They make a waffle cone for you right then and there and the scoops are big and delicious. If you are lucky enough to hit it without a line, then it is PERFECT! 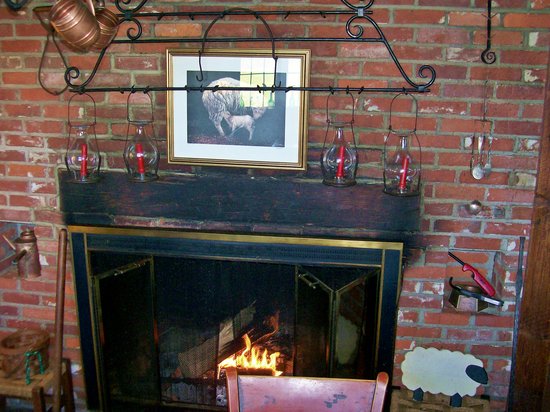 Have wanted to dine here for a long time. However the dinner meal requested attire is jacket & tie for the gentlemen; which seems odd considering before dinner, guests may continue enjoying their cocktails on a hayride around the thousand-acre farm.
We opted for lunch and were not disappointed. The ambiance of the rustic dining room
(heavy rain prevented us from dining on the deck, from which you can see paddock and fields of horses) was perfect as was the service and food. I chose stuffed tenderloin of pork, root vegetables; Others had seared scallop with risotto and clam broth reduction; roasted chicken. 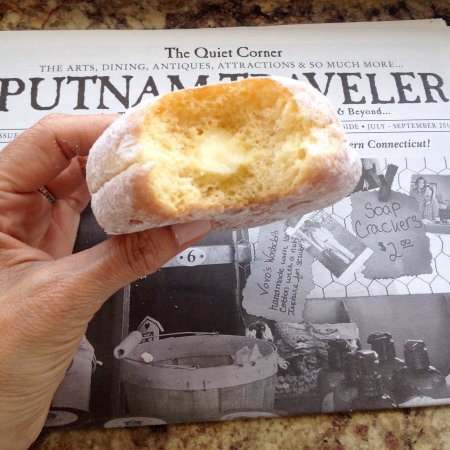 We frequent this place quite often, as their coffee is one of our favorites and service is terrific - always with a smile and friendly-nature! The updates inside and out are charming, warm, and inviting. We often meet friends here and hold small meetings, as the space allows for small gatherings when not super busy. Can't get a more small town, friendly coffee shop than this one! Also good for lunch or light supper. 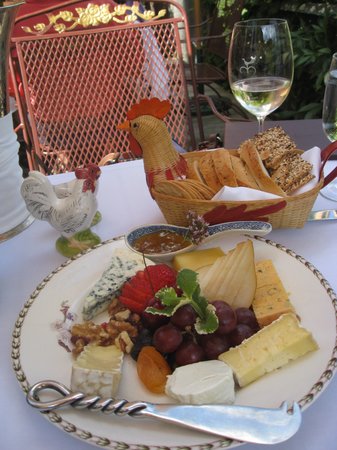 It is slowly becoming one of my favorite restaurants in the area. Located in a winery with an outdoor sitting surrounded by herbs, flowers and just serenity, it seems that the place has been frozen in time in the new nineteenth century. Quintessential New England, from the barn to the restaurant's decorum with a central fireplace and the old kitschy China exposed around, you will love the peace that surrounds you. Instead of starting your experience at the bar( they don't have one) , you can have a wine tasting and be surprised by some of actually decent selections. But the meal itself is a great culinary experience. A rather small menu ( just love it when the chef concentrates on very few items) but very well balanced as far as choices, you can't go wrong with any of the dishes. I may suggest the smoked trout as an appetizer and of course everybody's favorite, the creole gulf shrimps. And always keep some room for desert. ( the chocolate cake is out of this world, especially if you wash it down with a glass of their port wine ). 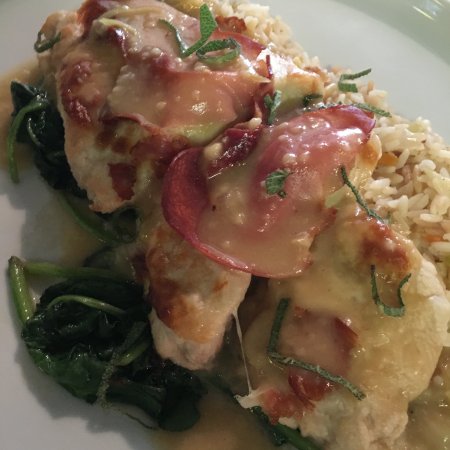 Twice now I've joined friends here for lunch on the outside patio. It's a lovely area, mostly shaded from the summer sun along side the train tracks (I was hoping a train would come by while we were there). I had a delicious and fresh...MoreThank you so much!!! We look forward to seeing you soon and appreciate the great feedback.