Where to Eat in Oxford: The Best Restaurants and Bars

Oxford is a village in Oakland County in the U.S. state of Michigan. It is located among metropolitan Detroit's affluent northern suburbs. The population was 3,436 at the 2010 census. The village is entirely within Oxford Charter Township. The village occupies one square mile and is both politically and geographically a part of the township. The village calls itself sister city to Oxford, England. Oxford is located roughly 30 miles (48 km) from Flint and 40 miles (64 km) from Detroit.
Things to do in Oxford 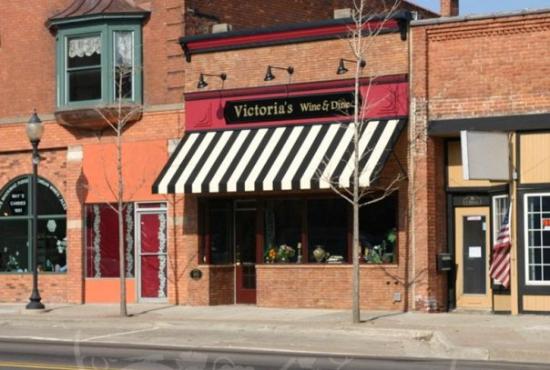 I don't know who Victoria is, but I can certainly vouch for the Delights part of the name! From the quaint surroundings and charmingly busy atmosphere, to the excellent food, this restaurant is a gem. It's in a very small, downtown village storefront type building,...MoreThank you for your kind words and I hope to introduce myself on your next visit. Just ask for me I am usually back in the kitchen?

Theses pies are to die for, but a bit pricey. They offer a great variety. My favorite is the banana split pie. the banana cream pie is also to die for! So go ahead and check it out.

Love the coffee and pastries. Not sure what I would do if they quit selling ground coffee for home brewing. Anything even near as good is twice the price!
Lunch sandwiches are good and the breakfast offerings, served all day till 5pm, have really improved lately. 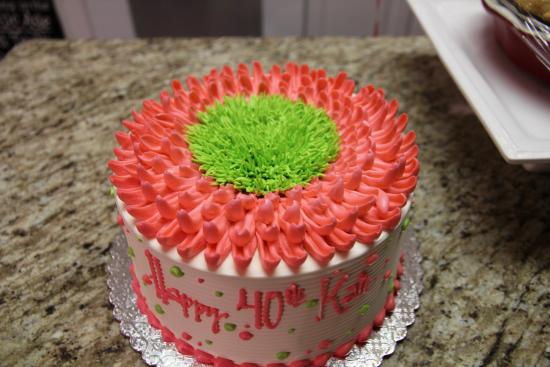 They do such a beautiful job and always exceed my expectations. Love all of the different flavors they offer for cake and marmalade combinations. We enjoy just stopping in there and grabbing some goodies any day of the week. They always have so many different single deserts to offer and their cupcakes are amazing. They make perfect gifts or just a sweet and delicious treat for yourself. My favorite is the lemon shortcake and the yellow cake with raspberry marmalade. Yum! 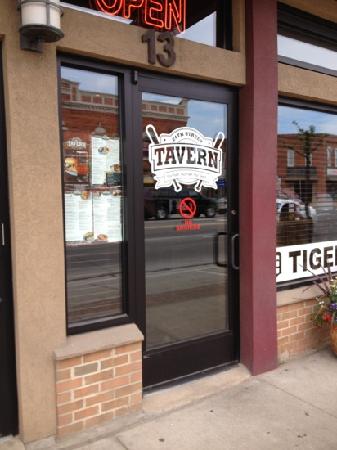 Great food, atmosphere and value specials on Mondays and Tuesdays.

We have always gotten great food and wonderful friendly service here. Good selection of beer (including several Michigan made craft beer. and a wide selection of menu items including appetizers, salads (which are huge), sandwiches (try the Turkey Club), Pitas (I like the Hot Italian), Burgers which are ½ lb. ground round (I’m partial to the Tavern Burger), and many other items! The portions are large and reasonably priced even if you don’t take advantage of the Mon-Wed specials.
Free Parking in the City-owned lot behind 24th Street and the other businesses on the West side of Main Street.
The inside is exactly as the name suggests, your classic tavern/bar. The seating areas are clean and well cared for as are the restrooms. There is also a nice, if rather small, outdoor seating area at the back.
All in all, this is a great place to watch sports and get a good burger or sandwich.

Love the food, I like the fat free offerings when I am watching my diet. The service on the other hand is slow and inconsistent. Sometimes the portion sizes are skimpy. 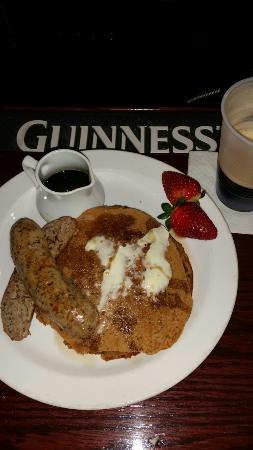 Stopped for dinner and ordered a Michigan salad, fish & chips with coleslaw and risotto, The wait staff was friendly. The Michigan salad was served with a creamy vinaigrette salad dressing that I believe contained mayonnaise, Did not really care for the dressing. The fish was good, fresh fish with a pretty good batter (not too heavy or light). The chips (fries) are thin cut and were reheated in the deep fryer. We addressed this with the person that brought the food, but she was not accommodating in replacing with fresh chips. The coleslaw was okay, but could be good if there was a little more seasoning in it, so it was a little bland. I would not recommend the risotto, it was so very very bland that a person in my party said it tasted like oatmeal,

The hubs and I had a really good lunch here. I had a pulled pork sammy and he had frog legs with jambalaya. My sandwich was really tasty and it came with house made chips. Yum! My husband gobbled down the frog legs. He barely said a word through lunch, in man speak, it means they were super. The atmosphere is sports bar so don't expect a quiet corner to knoodle. The crowd was moderate for Friday lunch. The service is what we expect in relation to our order. Overall a very good experience 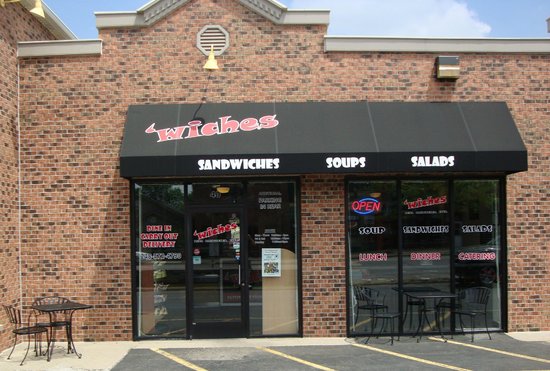 The best sandwiches in town. We have used them for party players. For lunches and for dinner. We've never had anything but good food. 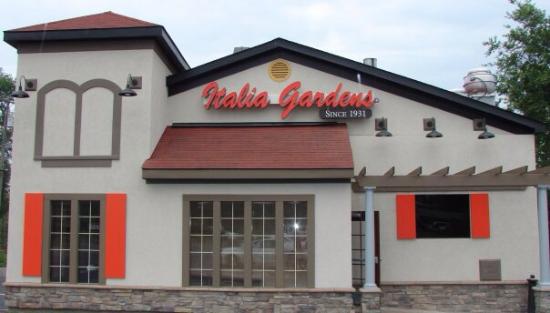 First time here, cute place, very good service, yummy salad. We ordered pizza and chicken parm, loved the wood oven cooked pizza, good crust/flavor. The sauce is very sweet, something I am not a fan of. The chicken was really chewy, breading lacked spices/flavor and the sauce was very sweet. I really wanted to like the food but sadly I cannot.