Where to Eat in Midwest City: The Best Restaurants and Bars

Midwest City is a city in Oklahoma County, Oklahoma, United States, and a part of the Oklahoma City metropolitan area. As of the 2010 census, the population was 54,371, making it the eighth largest city in the state.
Things to do in Midwest City 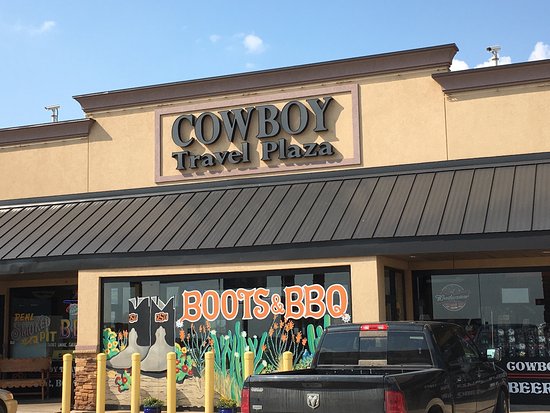 I stopped here for convenience but OMG! It's so good. They had all-you-can-eat ribs and they were so goooood. I also had fried okra and fried green tomatoes. What an awesome hidden gem. I even liked they barbecue sauce and I'm extremely picky (usually I take barbecue home because I'm so picky about sauce). They also serve a fairly large selection of beer. Brig is a great and friendly server. Be sure and leave her a good tip 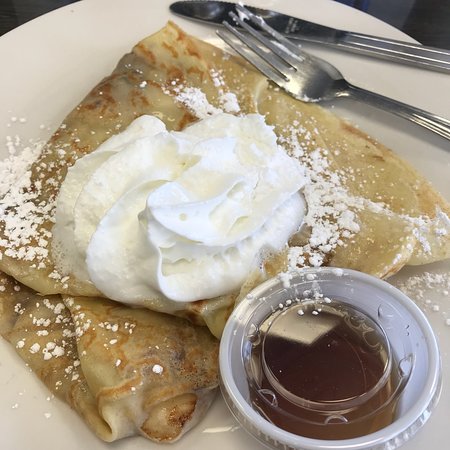 We tried this place for lunch today, and it was delicious. I had the ham, egg, and cheese crepe which was really good. The homemade spinach, chicken and rice soup was delicious. We also got a strawberry nutella crepe for dessert and were wanting another one after. I will be going back soon to try the Shepherd's Pie which looked wonderful. They also offer sandwiches.

3. The Garage Burgers and Beer

Ate at The Garage, an order at the counter, delivered to your table burger, taco, sandwich sports bar. Not your average burger, but burgers like the "spicy guacamole burger"
and "chili verde burger" with bison, Turkey, and angus beef available. A giant dinner salad and fries were delicious too. Lots of large screen tvs for viewing your favorite sports and a full bar. A $4.00 mimosa made my day! 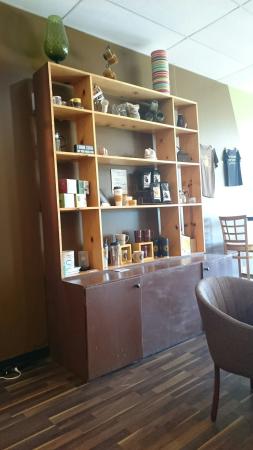 Small menu but food is good quality and the atmosphere is quite lovely. The iced tea was delightful. 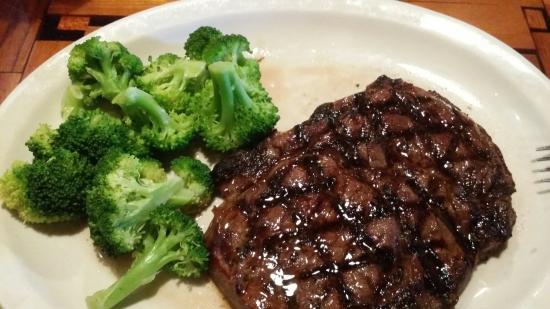 Met family for dinner. Service was excellent, food was very tasty with a variety to choose from. Wine is available. 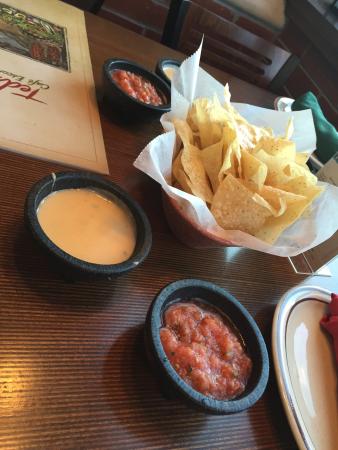 Serving friend and family a delicious meal in your home is deeply embedded in Mexican culture. With that in mind, Ted Curtis, our founder, set out to create a welcoming restaurant inspired by that experience. We are rooted in serving the best Mexican food, made from the freshest premium-quality ingredients, served with unsurpassed hospitality. Since the first Ted&apos;s Café Escondido restaurant opened in 1991, we have stayed true to these founding principles, without compromise. At Ted&apos;s, you are not just a customer, but our guest. We strive to make each of our guests feel welcome and special. We are passionate about continuing to prepare our fresh delicious food daily, by hand. We are dedicated to serving you with humility and heart. Our goal is to exceed your expectations on each and every visit!

Went here because it was close to my hotel and they were listed in a gluten free app I use. They had a gluten sensitive menu, which I appreciated, but it didn't make a ton of sense (why aren't the grilled fish tacos on it? They're on corn tortillas...). Staff were friendly but we had a brand new person who definitely had to be double checked. I was served tacos clearly on flour tortillas and had to request the manager come to confirm what I thought. He did and remade them quickly for me on corn tortillas. Overall, prices were fine atmosphere ok, food just ok. Rice was dry and flavorless, taco beef was good, salsa just ok. The pizza lunch buffet is great. They do a very good job of keeping fresh pizza on the buffet. The place is very clean and the staff is wonderful. Great place to have a quick bite for lunch. 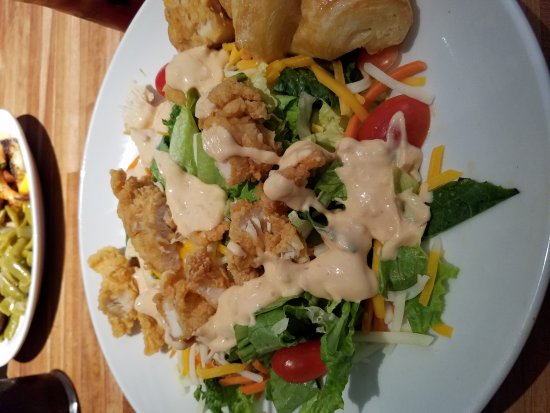 Cheddars-I heard they are usually busy and Saturday afternoon was no exception. Our new server was under pressure but kept her cool and in spite of a couple of bumps in the road,made up for them by taking care of the problems so no complaints about service.
The Original burger featured a nice thick smashed burger patty with a grilled smoky flavor that I like although it was well done instead of the standard medium well. Good bakery style bun instead of the standard store type bun. We had a misunderstanding about the add-ons but she immediately took care of it as they didn’t put lettuce and tomato. The plate came back nicely arranged with an ample amount of lettuce and sliced tomatoes and pickles on the plate for me to build the burger as I felt like. A side of cole slaw exceeded my expectations. Chopped cabbage, not too big or hard, just mildly sweet and light, not thick and heavy like some places make.
The Monte Christo was good, my wife’s favorite. The server apologized for a delay because the sandwich was found to be overcooked in the kitchen and the cook was making another one. We appreciated being informed which made the extra wait acceptable that they didn’t let an inferior dish get served.
Flavored sweet teas available. Impressed with the menu selections. All looked inviting with very reasonable prices. Many entrees under ten dollars. Definitely a family restaurant as we saw babies, young children and teens dining, folks of all ages. Conveniently located along the busy SE 29th street corridor of stores and restaurants in Midwest City. A little far from home for us but we were coming back from an event and overall pleased with the experience because of the diligence of the server who, although new, handled the problems as well as could be expected in spite of the packed house. People were waiting for seating as we left around 3pm. 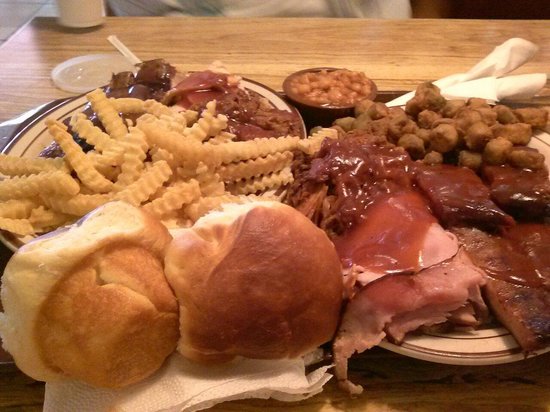 Spencer's is a wonderful BBQ place. My favorite is the apple fritters. And also the yeast rolls. Plus all the sides are very good 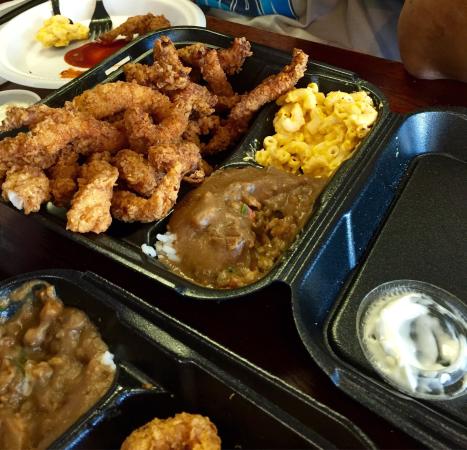 We have been wanting to try this newer restaurant for about a year, so today we stopped in for lunch. My wife had the combo platter with half a pound of rather thin breaded catfish strips, 6 medium size fried shrimp and two sides (potato salad and string beans) at $13.99. I ordered a bowl of gumbo at $7.99. There is no ice machine or fountain so we got canned sodas. I would guess most of their business is carry out since we ate from foam containers with plastic utensils. In fact my soup came in a large drink glass that I poured into a styrofoam bowl to eat.
This C'est Si Bon review is worse than it would have been 2-3 years ago due to local comparisons. The Crawfish Pot on I-240 near Penn in south OKC easily bests their gumbo. They also boast large crab/jumbo shrimp/crawfish boils with potatoes, sausage and corn. You can get fresh or fried oysters, fried or grilled catfish, hot wings and po' boys.
Sam's Southern Eatery has jumbo fried shrimp that are excellent. For the same price or less, you get more fish and shrimp there and the fish is filet style vs. thin strips. Off The Hook in north OKC is also a tough competitor in the southern seafood space. Cajun King on NW 63rd does the Louisiana style thin strips of catfish and is a long time southern food choice. They offer a buffet with endless catfish brought to the tables along with beignets - very New Orleans! Then there is The Shack where you can get a very good gumbo along with many other southern style choices, even alligator.
While C'est Si Bon serves some fine catfish and a decent gumbo, I would not go out of my way to visit again.