Where to Eat in Mdina: The Best Restaurants and Bars

Graceful Mdina, the stately town known as the Silent City, holds court from the southwest corner of the captivating island of Malta. The commanding medieval Old City perches on its rocky promontory, its fortified bastions looming above the azure waters of the Mediterranean. This enchanting Maltese city offers a warren of narrow streets, populated by churches, palaces and gracious houses, punctuated by large squares and delightfully free of cars in its UNESCO-designated ancient quarters.
Things to do in Mdina 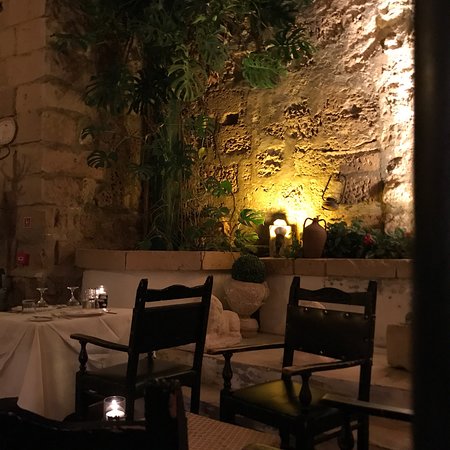 Medieval Mdina is a city of wonders. Along the narrow lamp-lit streets, the Cathedral, convents, palazzos, quaint little houses and museums which characterise the Silent City you will find Bacchus Restaurant on the first turning to the left as you enter Mdina. Bacchus’s Chefs and Serving Staff make no bones about the fact that they consider the input of customers as the strongest motivation for them to give their customers the kind of experience they would enjoy. Let us know - directly. And we&apos;ll make sure your experience here is what you want. 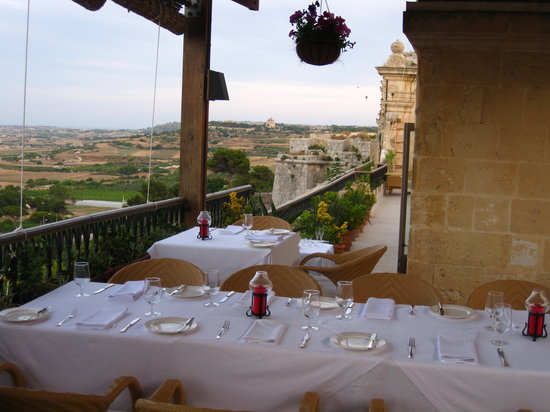 The de Mondion restaurant at The Xara Palace Relais & Chateaux has consistently rated amongst the top restaurants on the island. Set atop Mdina&apos;s centuries-old bastions, the de Mondion enjoys truly stunning 180-degree views of Malta, the Panorama providing a spectacular accompaniment to the restaurant&apos;s comfortable and convivial setting. We also pride ourselves in offering a discreet yet attentive service, leaving you time to savour the refined cuisine, the company and the view.The cuisine combines the finest seasonal produce with innovation and expertise to create tantalizing dishes of a style we like to call Modern Mediterranean.

In a wonderful position overlooking most of Malta. Service was good, decent selection of wines, great atmosphere. We thought the food was exspensive and although good did not justify the price. You are really paying for the location and ambiance. 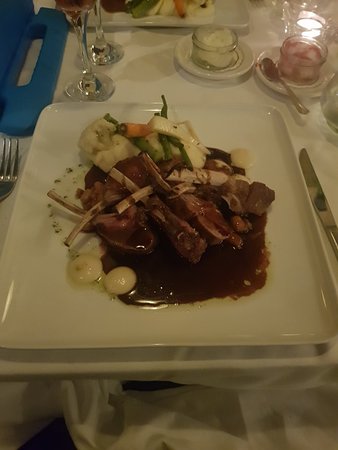 Dine in truly romantic surroundings beneath the flowering Oleander tree in the vine-clustered courtyard during the summer, and by candle-light and an open log fireplace that keeps the restaurant warm during the winter months. The Medina presents a selected à la Carte menu based on Mediterranean and local cuisine, frequently changed to guarantee the pleasure of regular diners.

had a special birthday dinner here recently, and was very impressed by the service, the location and the food. This was the best meal we had in Malta. 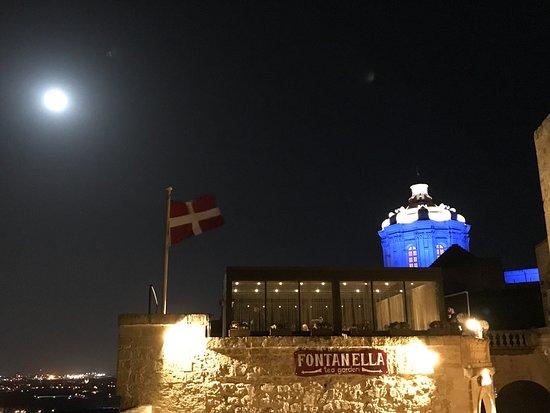 When I told my Maltese friends I was planning to spend a few hours in Mdina they advised me to go and try the chocolate cake at Fontanella or any of their sweets (meringues, etc). So once in Mdina I went there. I had a slice of the chocolate cake, it was very nice and a vanilla flavoured cappucino. Sadly I didn't know the cappuccino was already very sweet, I added plenty of sugar without tasting it first and it came out as something sooo sweet I didn't manage to drink it all. I am not one to waste food or drinks but that was too much. One advice: if you get any drink taste it first before adding anything. It's a pity because it seemed very nice.
The top floor of the Tea Room has a lovely view on the sea. I was told I could see Sicily from there (or from the Belvedere nearby) but even if the sky was clear I didn't manage to see it. If in Mdina it is a very nice idea to stop there for some refreshment and the lovely views. 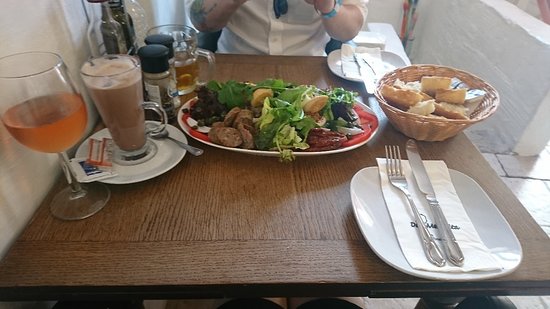 We stopped at Don Mesquite in Pjazza Mesquita in Mdina during our trip to Citta Notabille today. It was a perfect day which - as it turned out - was complimented with a perfect lunch. I must admit, I've checked on TripAdvisor before going to Mdina and was planning to go to Don Mesquita. And I can tell you - we were not disappointed! Although we ordered only Maltese Plate for Two (and followed it with chocolate cake), the whole experience was amazing. The restaurant is located on a small pjazza, it's a nice stop during siteseeing, great food (Maltese Plate consisting of Gozo cheese, Maltese sausages, amazing capars, bigilla and other tasty stuff) is served by nice and helpful staff, house wine (red, Merlot) is quite tasty and cakes are great.
We will definitely come back during next trip to Mdina!
Thanks! 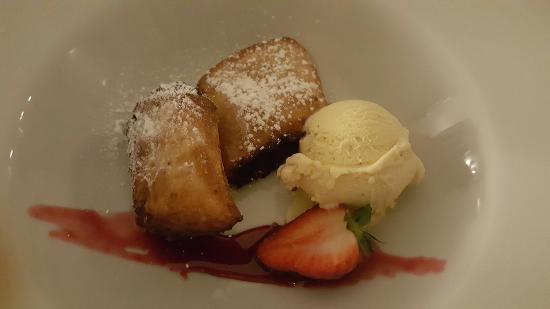 It's a bit difficult to know where to start as everything was perfect. We were in Malta visiting friends and went to L'Agape on the last night as a group of 4. There is no menu as such - they change the dishes daily so it is a voyage of discovery in some respects! The food was exquisite and plentiful. They offered to do a mix of starters based on that day's menu which was tuna, squid stew, Sicilian sausage stew and bread. The mains we had were tuna steaks, ribeye steaks, beef kebabs and veal escalope - all cooked to perfection. We passed on dessert given the amount of food we tucked away on the first 2 courses. Book early as they are very popular. Must say it was my first time at Trattoria AD1530. I ordered the Ribeye steak as a main and asked for it to be medium cooked. Actually seemed more well done rather than medium, but anyway. I wasn't impressed at all - surely not the juiciest and most tender I've ever had. Asked for fries portion to be replaced as the first one was overcooked. Service needs some improvements too. I'm sure there are better options around. 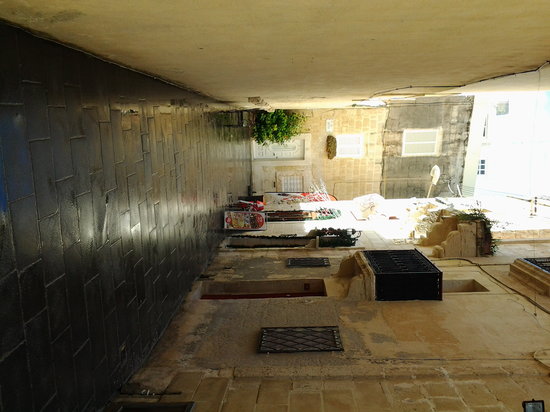 This is more of a little coffee shop / deli. It sells alcohol as well as cakes and sells packaged food to take away. I wanted to tell everyone to visit here, as it&apos;s lovely and we made friends with the ownsers 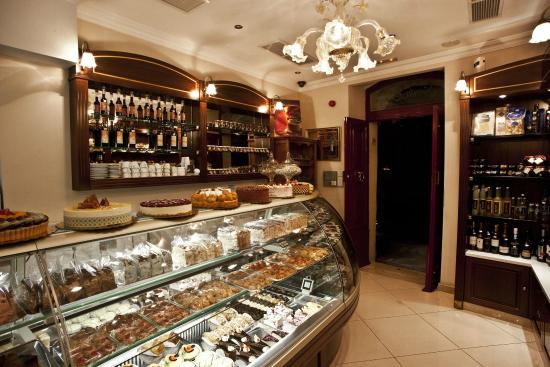 We’re delighted to have discovered Santa Lucia, a small but perfectly formed café/cake shop in Rabat. Most tourists pile into Mdina, the Silent City, but a wander around Rabat reveals many treasures. We’ve enjoyed coffee and cakes here and the Maltese bread pudding was delicious - still warm, delicately spiced and a generous portion too. The staff are friendly and welcoming and the café is very airy and clean. There is a wonderful range of cake and local specialities and Santa Lucia is just how a good café should be. 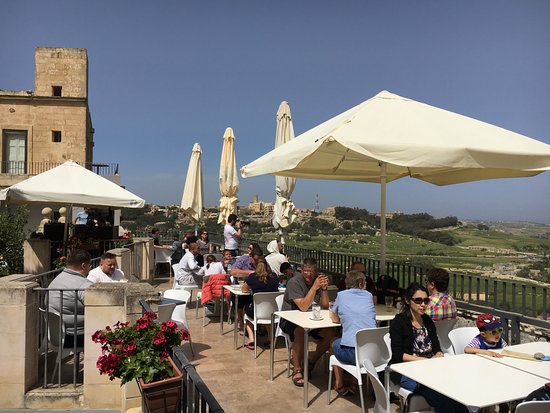 We had a quick lunch here. Terrific location, especially in better weather when the Terrace on the city ramparts is magnificent. Aims to be quite posh, part of an upmarket establishment. Our toasted Turkey Sandwich was very bland (even for a Turkey sandwich) and we've had better (fresher?) ftira elsewhere. Underwhelming on this visit, although I'm sure they know how to do it well.