Where to Eat in Marshfield: The Best Restaurants and Bars

Marshfield is a city in Webster County, Missouri, United States. As of the 2010 census, the city population was 6,633. As of 2015, Marshfield had a population of 7138 (U.S. Census Bureau estimate). It is the county seat and part of the Springfield, Missouri Metropolitan Area. 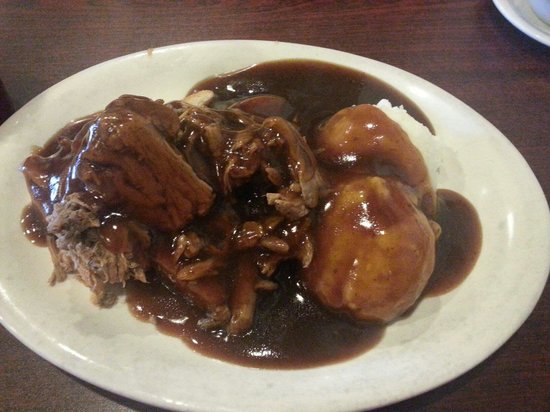 We've now been to Sheila's 4 times. I've tried it for lunch one time, we've gone for the ribeye special twice, and we have also tried their Friday night buffet. All of our experiences with regards to the food is awesome! Lots of homemade choices to choose from. Really great salad bar! The ribeye's are large, juicy, and tender. The pan fried chicken on the Friday night buffet is delicious! Highly recommend! I have eaten here three times and every time the food is delicious, the service fast and friendly and the atmosphere pleasant! A great lunch spot with healthy options for a reasonable price. This is a new regular lunch spot for me. 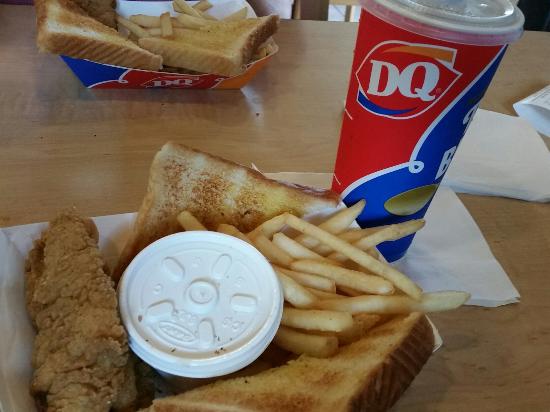 Just your normal DQ but we did enjoy a fire burger and sundae. Friendly folks and typical menu order. Good for a quick stop and simple meal.

We really enjoyed our food, and the waitress was very pleasant. There was some mix up with their computer ordering system so there was a bit of a delay in getting our food. Part of my order of chicken strips was delayed, but there would have been plenty without the second installment that was brought out after a few more minutes! 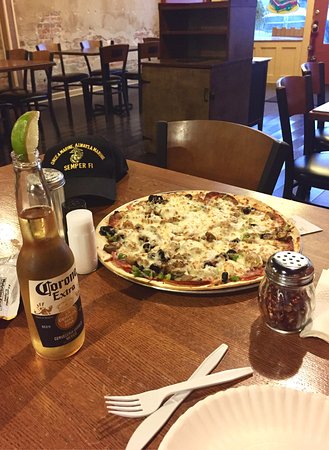 This is a great local place on courthouse square. The space is long, narrow, and old with moulded ceilings and brick and plaster walls. A couple of friendly ladies were working very hard to keep up with the lunch rush. The thin crust pizza was nothing to complain about, but the hometown atmosphere and good service are what make this place worth going to.

Less than an hour to closing time and not at all pushy to get us out. Great service. Waiters were friendly and fun. Beer was cold and margarita was yummy. All three of our orders were very good. Ordered enchiladas americas and enchiladas mexicanas. We were staying within walking distance and I'd walk there again! 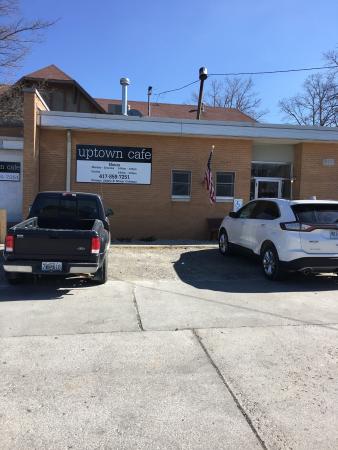 I was hoping for a local diner with good breakfast selections better than an off-the-highway fast food chain. Sadly there wasn't anything particularly interesting on this menu. Ended with eggs and greasy potatoes. No sweet rolls available to counterbalance the salty flavor of the breakfast ham slice. Cut my rest stop short and headed on down the road unsatisfied. 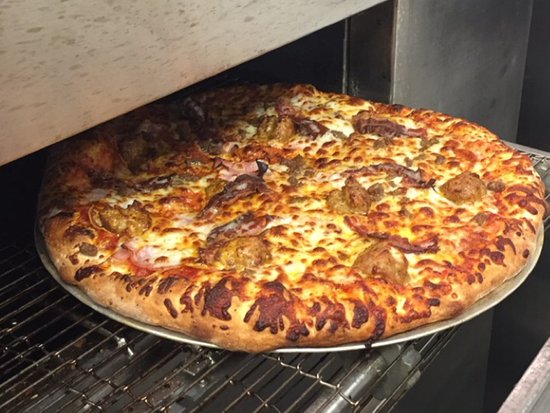 The veggie hand-tossed pizza is the best! I would love to try some of the more creative pizzas, but I started with the veggie and it's so good that it's what I stick with. The sports theme is fun. This is a great locally owned pizza and sandwich place with some very creative pizzas and sandwiches. It's set apart in a good way from the chains.

Service was so so.. had to keep going to the counter to get needs things.. refills utensils ect. Food not so great.. greasy and kinda old tasting. It may have just been an off night but I prob wont return....

The food is very good. The owner does most of the work himself and keeps the food fresh. He makes it as you order. If he is busy you will wait a while but not very long. I encourage everyone to try it out. They no longer do the buffet and are focusing more on quality and not quantity. It is now my favorite cashew chicken in this town and the competition is stiff. Five stars if the facility was nicer. The food is five stars. Buy with extreme confidence.