Where to Eat in Kokomo: The Best Restaurants and Bars

Kokomo /ˈkoʊkəmoʊ/ is a city in and the county seat of Howard County, Indiana, United States. Kokomo is Indiana's 13th-largest city. It is the principal city of the Kokomo, Indiana Metropolitan Statistical Area, which includes all of Howard and Tipton counties. Kokomo's population was 46,113 at the 2000 census, and 45,468 at the 2010 census. On January 1, 2012, Kokomo successfully annexed more than 7 square miles (18 km) on the south and west sides of the city, including Alto and Indian Heights, increasing the city's population to nearly 57,000 people.
Things to do in Kokomo 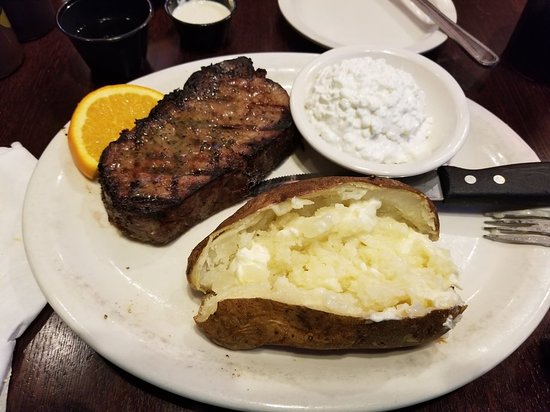 My husband and I stopped here for lunch today while going through Kokomo. It was our second visit here. I got the soup and sandwich lunch special, my husband got a burger, chips and coleslaw. Everything was delicious and in plentiful portions. Average service. 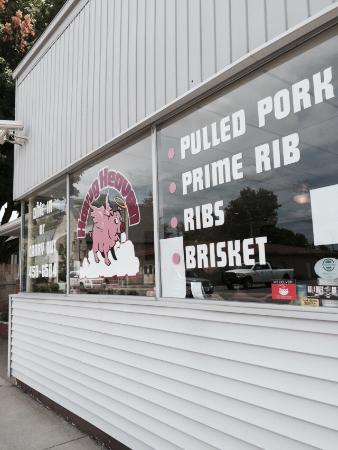 We're on our way home and stopped in, was very surprised at how nice and nest the place was. The staff was very friendly, food was great, hot cooked very well satisfied! 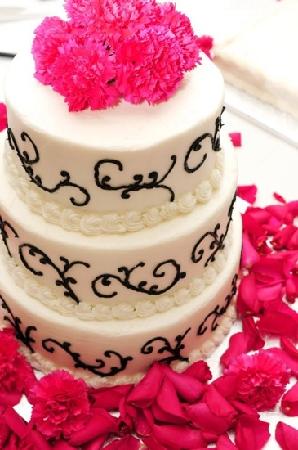 We take several trips this Indy a year we always go or come back hungry. This is where we always stop. Great food, great service, at a great price. They have a wide variety of choices something for everyone. Deserts are always taken to go,...MoreCatherine, many humble thanks for your review! We are honored to have regular customers like you. My waistline can attest to the desserts being dandy. LOL TNT 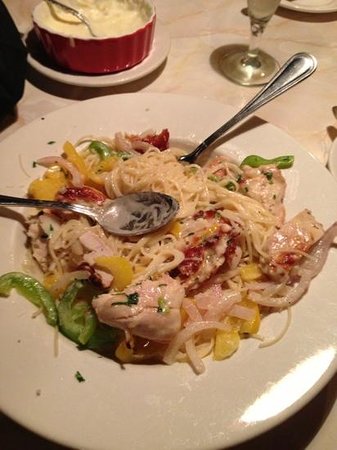 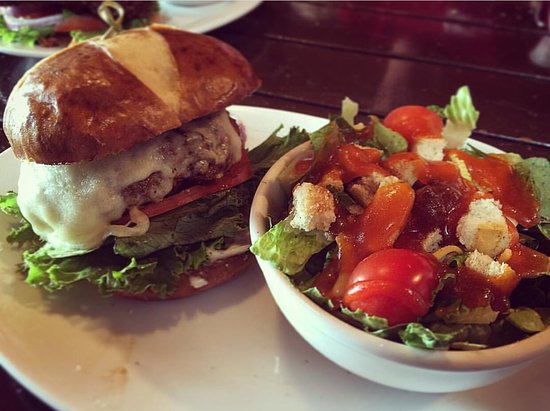 Beat the lunch crowd (11:15) and had the place to ourselves for a while. It started filling up quick as it got closer to noon. Breaded tenderloin was great! Had to fold it over to fit it on the bun. Then had to cut it in half to be able eat it. My wife had the Cobb salad and said it was excellent. Served with homemade ranch dressing. They even have a countdown clock to 2018 St. Patrick's Day:) Right on the square in downtown kokomo. Plenty of street parking and just a block from the free parking garage. 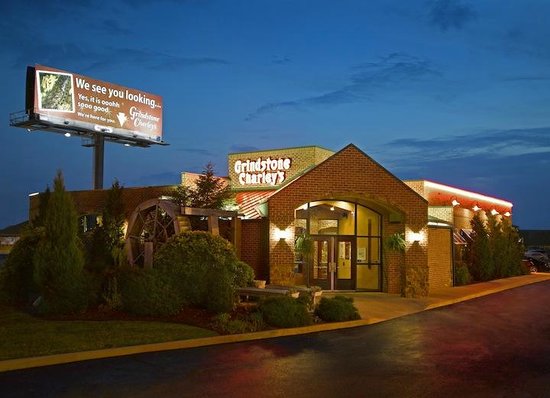 We arrived on a Friday night around 730 pm. There was considerable people waiting for a table. Our wait was going to be 25 minutes.. ok it’s number 1 in TA. For Kokomo. The issue is that there were 6 tables open that we could see. Theses same tables were open when we finally got seated. The hostess was running around not taking care of the waiting people. Quite a while later a waitress takes our order. We don’t see her again for a good 15 minutes. See then apologizes a states the kitchen is behind and the hostess is waiting to seat people so the kitchen can catch up.. well ok. I order the steak and shrimp. With sides of onion soup and Mac and cheese. The soup was good. The Mac and cheese lacked flavor. The steak was prepared as ordered med rare. But the grilled shrimp was caked in cheese and on a bed of rice that was so cold that it could have been uncooked. Bread was supposed to be part of the meal but three requests for it finally made it appeared after our meal was done. We have eaten at the outback across the street and it was better than this place. 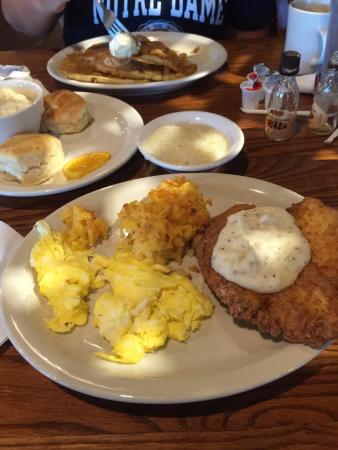 We stopped for lunch and were pleased with our experience.
The facility is a typical Cracker Barrel; old country store ambiance, clean and well maintained. As usual, the general store area is filled with interesting and fun temptations.
Our server, Jennifer, was friendly and attentive.
We both had the Tuesday meatloaf lunch special, and were satisfied with both quality and quantity. The mashed potatoes were good, and the hash browns casserole and meatloaf were excellent. Also, we enjoyed the accompanying corn muffins.
No suprises, this chain usually provides a decent meal at a reasonable price; this was no exception. 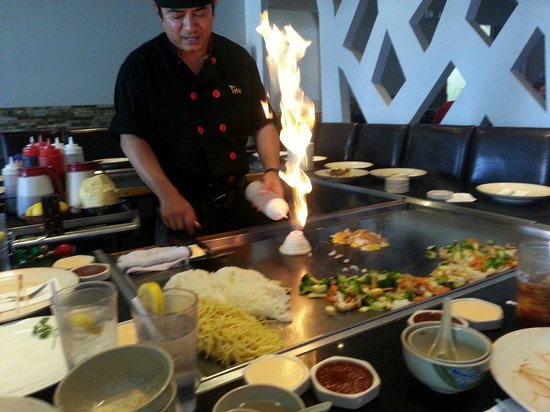 I have thoroughly enjoyed all the meals serve to me at this restaurant. The Japanese food scene in Kokomo is small, but this restaurant represents well in my opinion! I've tried the Yakitori, the cowboy rolls, the plum wine, and a few of the dinner boxes. I am in love with the cowboy rolls! All of my meals have all been well-prepared, well seasoned, and very tasty. However, the ambiance of this particular restaurant is bland. The walls are not decorated and there is no Japanese music played at all. Despite this, I plan two keep this restaurant as a good to place when I'm on the Southside of town. 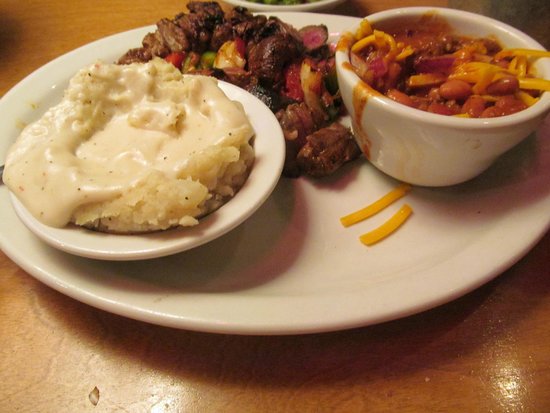 Busy place, but for a reason. We used the call ahead seating when staying at the hotel next door (Days Inn) which gets you a free appetizer. The steak was cooked to perfection. Some craft beers on tap, but expensive. Was $6.50 for a craft draft. Rating a 4* because, as my wife put it, "washroom smelled like a steaming outhouse and made me gag". 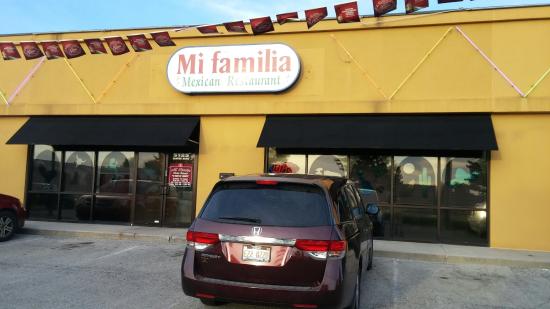 We stopped here for lunch, and found it a decent option for good Mexican comfort food.
The facility is clean and well maintained. The decor is colorfully carved wood chairs, booths and wall panels (especially in the back dining area). Though this decorative accent has become more common, the amount of it here (especially on the walls), is quite impressive (and fun).
We started with the complimentary salsa and chips; and added the guacamole, which was nicely done.
The lunch Cancun chicken was quite tasty, and the #2 luncheon special (beef burrito, rice and beans) was standard flavorful fare.
Again this is a solid option for good Mexican comfort food, if one is in the Kokomo area.